Vince is now the Kevin Feige of the BFGU

Oh yeah. It seems clear that EA has struggled with how to hitch on the cosmetic cash cow in the Battlefield series. I personally don’t object to the Specialist idea, but I’ve seen a lot of complaints that they were introduced as a vehicle for cosmetics at the cost of gameplay (personally, I think they can add to gameplay but the system could use some tweaks, there are problems with how they’re currently implemented).

I’d much rather have battle passes and the like than split the playerbase with the release of DLC maps. That’s been a bear since back in the BF2 days. It really sucked when an expansion came out and split the already dwindling (as the game had been out a while) playerbase. But to do battle passes they’re going to want to lean into cosmetics as rewards and as you say, people want to show them off.

My perception is likely colored by reading forums which are always a loud minority, but when I saw that Santa outfit my first thought was “Oh no, this was the worst possible direction to go. This is exactly what the playerbase was worried about”. I don’t think DICE/EA has a good feel for their playerbase, but again my perspective is likely skewed. Maybe the non-forum posters love it.

One thing that is clear, though, is that the player counts are plummeting. Looking now, it’s around position 35 on the Steam activity page behind games like Euro Truck Simulator 2 and Payday 2. While I know there’s Origin players as well, it’s still a steep drop off and isn’t a good sign for a major AAA game that released under two weeks ago. I feel like they really needed to stick the landing on this first major patch and this sort of fumble is exactly what they did not need.

I think a core problem is a lot of BF players want to play as “operators” and the specialists completely trash the idea. It’s hard to ignore them when they’re so in-your-face, especially with the taunts.

The Reddit thread is a nonstop “I wanna look like this” and posting photos of the AI bots who look classic Battlefield classes.

It’s definitely a thing that the people who play Battlefield typically want more “accuracy” of the setting. DICE leaned into that pretty hard with Battlefield 1 and I think it really paid off there. That game is as much a history lesson as it is a Battlefield game. The guns are exacting in looks and relative power compared to one another and even where they went with the fantastic such as the Hellriegel, it’s still couched in experimental reality. BFV then went down that road even harder at launch by modeling their maps after battles no one had heard of, which is great if you want to learn more history, but not so great when you’re trying to sell videogames. The cosmetics in BFV are also much more understated when you look at the various troop outfits you can wear or dressings for your tanks, but frankly I really liked that about BFV. I enjoyed paging through the outfits and piecing things together, and having a Tiger tank with a cool camo pattern and extra treads on the side, shovels, boxes, and whatnot all over it was fitting for the period.

Moving toward anime skins, however lucrative that may be in Call of Duty, does seem to be way outside of the expectations and the interest of the typical Battlefield player.

It’s also notable that Tom Henderson posted that the Santa outfit was shown to the testers in March of 2021 and surveyed and people unanimously said it was not something they wanted but it’s been released anyway. That smacks of the higher ups not having any idea how to handle this franchise.

It’s also notable that Tom Henderson posted that the Santa outfit was shown to the testers in March of 2021 and surveyed and people unanimously said it was not something they wanted but it’s been released anyway.

That sounds like it would’ve been an amazing internal meeting.

The good news for longtime BF fans is Ripple Effect (aka DICE LA) having what sounds like the lead role in the franchise. They did great work on Battlefield 4’s later updates.

What’s most interesting to me is that they’re tapping Vince Zampella to be more involved. If anyone has been around long enough to really understand where Battlefield fits in the grand scheme of shooters, it’s that guy. So hopefully he’s not a name they’re tossing in there lightly and all these other folks will actually listen to what he has to say.

Not sure what to make of Lehto. Disintegration wasn’t a whole lot of fun. It seemed like something might have been in that game that could have been good, but it needed a lot more time to find it. Hopefully whatever he’s up to is completely aside from the main multiplayer franchise.

Also, since Portal is so damn good, Ripple Effect taking a larger role is perfectly fine by me.

Plus, the announcement isn’t saying it outright, but this is a pretty clear excoriation of DICE Sweden at EA.

That’s been a bear since back in the BF2 days

Not to nitpick, but it goes back to 42 as well - Road to Rome and Secret Weapons completely split our clan with probably a third staying vanilla, half getting RtR and the remainder getting Secret Weapons.

For me, the logical sweetspot would have been that everyone gets the maps, but if you want the countries or weapons, you need the dlc (for instance, if you want to play as the italians, you need Road to Rome, otherwise when you play as axis on RtR maps you’ll just be as the germans, and with the expansion you can play as italians on non RtR maps (like Stalingrad)). This way, your entire playerbase gets to play (and with weapon pick up, you even get to tease the different equipment to the non-buyers).

But ya, there’s a disconnect within management - i think it’s obvious this idea would still sell very well and keep your playerbase intact - it just would need someone to pitch it properly at the appropriate level. And as far as skins go, militaries are loaded with cool, thematic, skins you can sell - ww2 was rife with new services, and just about everyone wanted their own camo/uniforms to distinguish their own branch, or even unit. You’d probably want to tread carefully around the Waffen SS, but the SAS, fallschirmjäger, and just about everyone in the Italian army, had some cool/different camos you could totally monetize without venturing into pay to win territory.

And shit, that doesn’t even go into countries - you wanna play as Canada, ANZAC, Indian, Free French, Poland? That’s all great DLC in my view. Total spitballing here, but i’d roll out BF42 deux, as BF39 featuring just the british/poles and germans in maps around poland and scandinavia. Then next year add a 1940 expansion with maps(free to all) in france/low countries and countries to play as(pay for) like France and Italy. 1941 would be a big one, adding the soviet union and japan and a ton of new maps including africa, asia and of course, russia. I’d leave 1942 to drop the US forces and appropriate maps. And, of course, still have room for 3 more years of expansions (that’s when I’d all the other nations to help sell that DLC). Of course, that’s just me spitballin, but i think that sounds great…

Not to nitpick, but it goes back to 42 as well

That makes sense. BF2 was the first game of the series I played so it was the first experience I had with the split playerbase issue.

Thankfully we seem to be past splitting players with maps. I think ultimately we can survive bad cosmetics a lot easier.

You’re right. It’s EA afterall, and they’ve found a more efficient way to fracture their playerbase without spending all that money on creating DLC…

Seems to me this Father Christmas problem is easily solved by them putting a switch in the options that turns on default skins for all players. If you don’t want to see that stuff, it doesn’t show up. 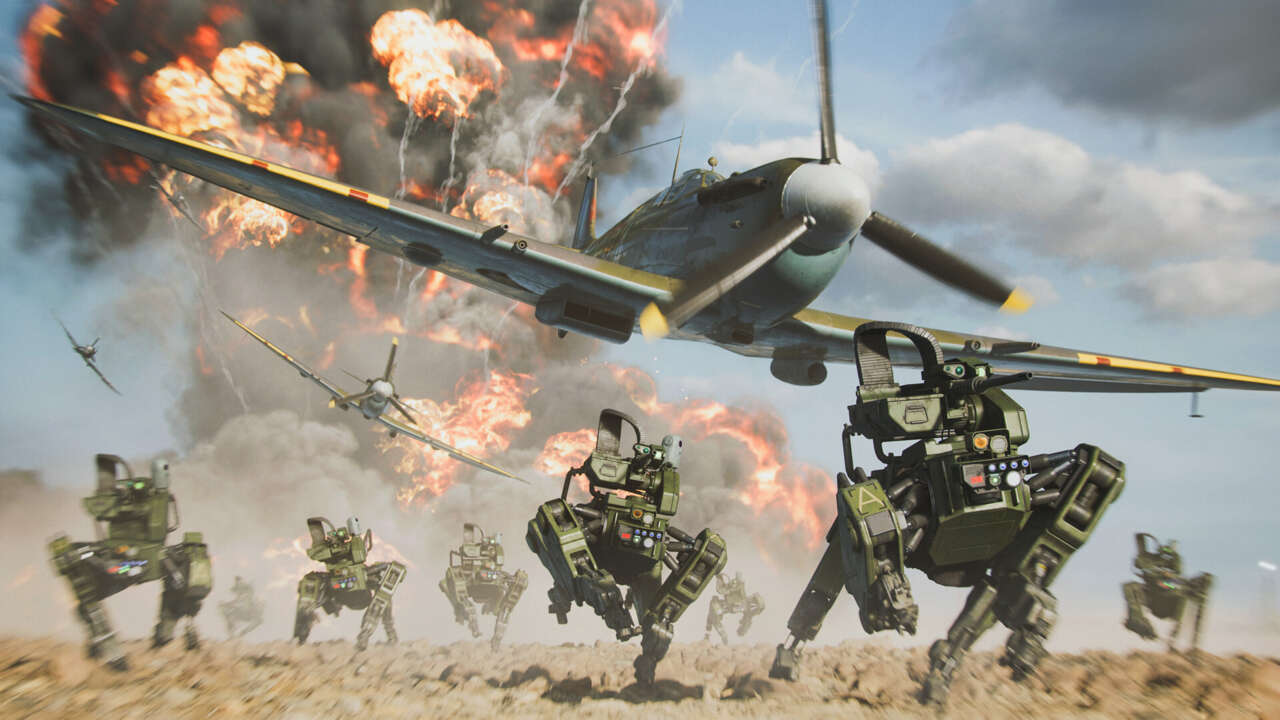 For a limited time, you'll be able to play 64-player Conquest and Breakthrough matches on current-gen consoles and PC.

a new patch is planned to arrive for Battlefield 2042 later in December. But it’s next year that will bring with it a slate of new content, including a map called Exposure. While we didn’t get any specific details about its setting or what it will involve, EA tells GameSpot that it will be something special by saying it “tak[es] map design to a whole new level.”

Later in December, EA will add limited-time matchmaking modes allowing both Conquest and Breakthrough to be played with just 64 players on PC and PS5/Xbox Series X|S. On these platforms, the modes are normally played with 128 players–one of the game’s new features with the launch of the new-gen hardware–with the 64-player cap in place for last-gen consoles.

There are new NVIDIA drivers as of yesterday too. Folks who are playing this should get those. I have seen some folks who think those combined with the patch help smooth performance.

@BattlefieldComm
Today some of you accidentally got a glimpse of some Holiday themed cosmetics and we wanted to help clarify their intended usage #Battlefield Here's a thread where we can help to share some insight 🧵👀 https://t.co/ssiXVhlLkl 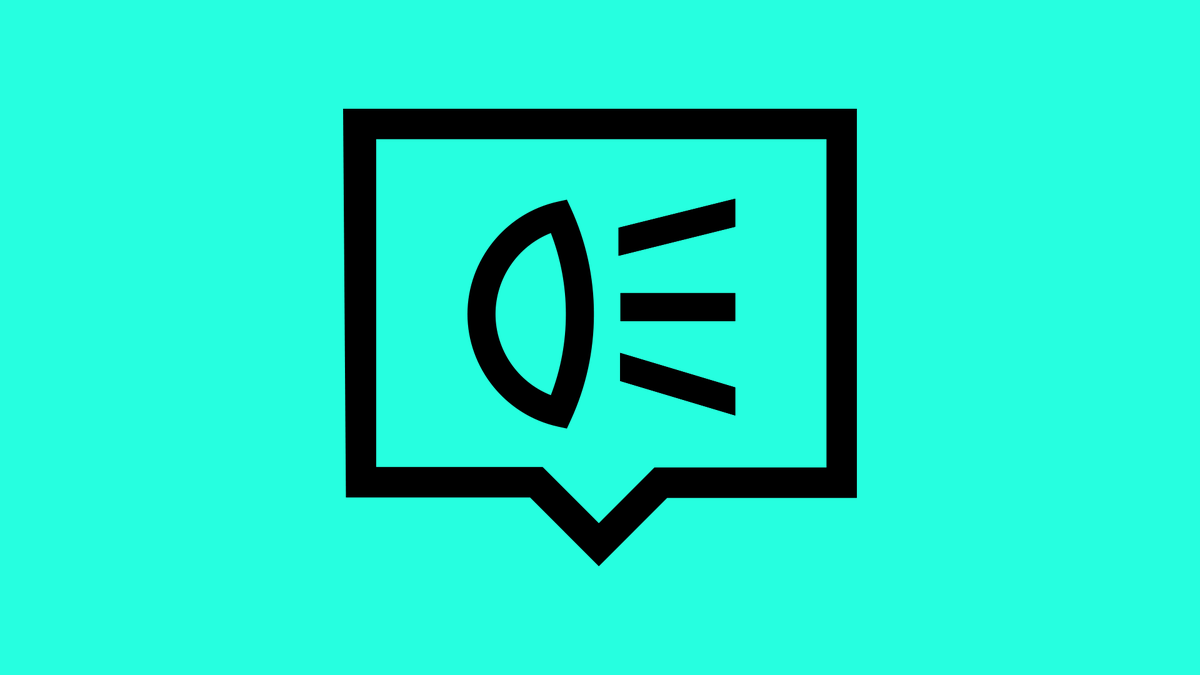 @BattlefieldComm
Development for Live Service requires us to work months in advance, and enables us to have options when we reach key moments in our first year Today, we have other priorities, and so whilst we have the skins, we presently have no plans to utilize all of them this Holiday.

@BattlefieldComm
We also create unique cosmetics for single time use in special #Battlefield Portal modes to further enhance the fantasy in special events. Throughout our live service, you may occasionally encounter these mode locked cosmetics, which don't impact the rest of the game.
whispa December 2, 2021, 11:44pm #728

Where I don’t like to see people lose their jobs…Good riddance Oskar! Between the mess Battlefield V was in the beginning and how lazily it was handled by Dice leadership to BF 2042, I am not sad to see him go. I have faith in the LA studio and Zampella to steer BF in the right direction as it sorely needs a change. The live model for BFV sucked hard along with the mess of how Firestorm was handled. What a wasted opportunity!

Next, I would love to see Titanfall in the BF universe! BF Warhammer 40k is not in the cards I am sure so this will do :)

the mess of how Firestorm was handled. What a wasted opportunity!

Seriously. A shame it didn’t work out.