Meh. I’d rather they remastered the Bad Company games. The first one wasn’t even released on PC so there is even a better reason for remastering it than the game that is worse than both BC2 and BF4.

Yeah, my brother and I played a LOT of BC2 coop. We tried the ones after that, we’re always looking for great games to play coop, but nothing matched that BC2 experience.

Here, here. Almost equaled with BF4 except the player base got fractured by all the premium DLC. 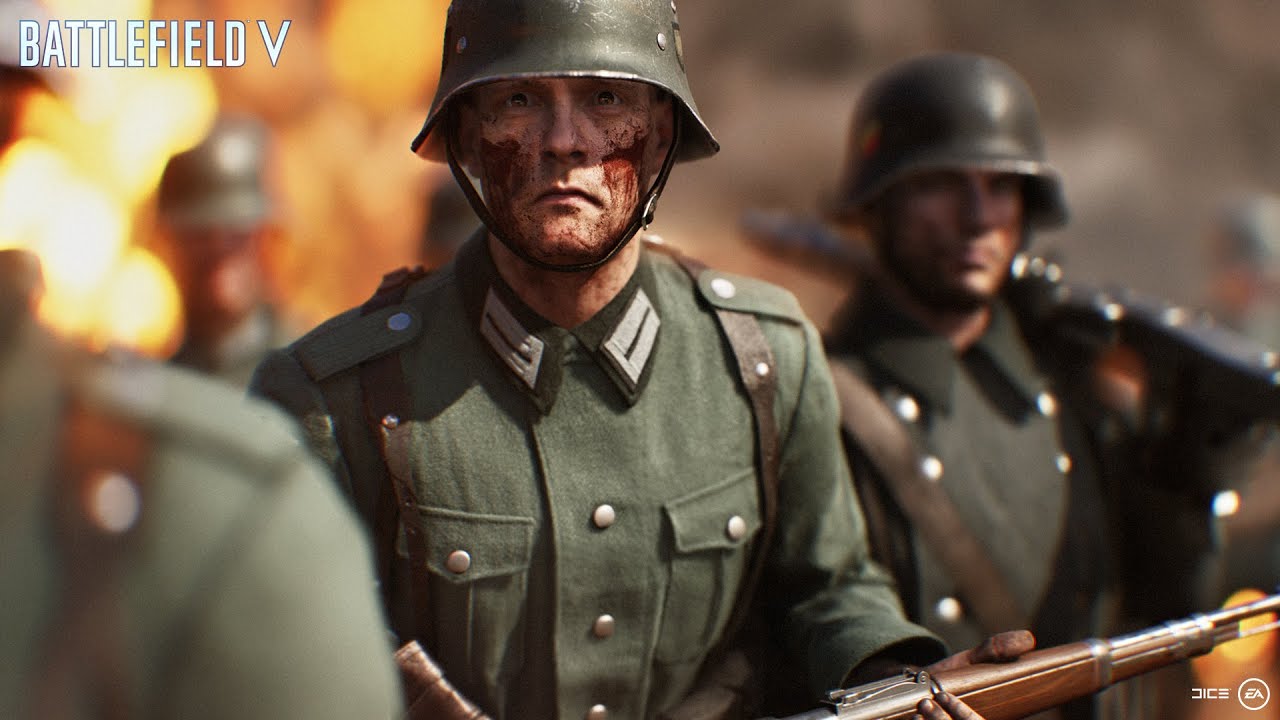 I redownloaded Battlefield 1 and 5 because I had a hankering for that sort of thing. I will say both games are gorgeous; the last time I played them I had a meh machine, and with my decent machine they are definitely lookers. Gameplay is fluid and the maps are pretty good. But damn, I SUCK. I mean, wham, bam, thank you ma’am, I’m dead kind of suck. I am pretty sure that I will have to learn to run around like I’m on crack or something because trying to move at all cautiously or what I would consider “tactically” seems suicidal. Everything is happening so fast, and by the time I can scan the area in view for enemies, they’ve seen me and, well, killed me. Or a plane has killed me. Or an arty shell has killed me.

Still, both games are pretty cool. I’m fiddling around with the last WWI solo campaign, after finishing thee Gallipoli one; those are pretty nifty. I find the entire progression/loot/cosmetic systems baffling in the extreme. For instance, I get these skins for tanks or airplanes. Does that mean they get applied if I get in a tank, or how do I use them? Stuff like that. Weird.

Criterion Games back to working with DICE, will return to racing series in 2022

Since it’s a part of Game Pass, I tried Battlefield Vee on my computer on Friday.

That first level before they even show you the menu is pretty amazing right? Without any loading screens, you play a bit of Norway, which transitions seamlessly into Morocco, which transitions to an aerial battle (over Britain?), which transitions into two or three more scenes. I thought the new Ratchet & Clank was going to be the first game to do this kind of instant warping without loading?

That’s just a joke. If I were to guess on how they did this, I’m guessing DICE created a level for the game with all these various parts in a single “level”, and then warp you around the same level, thereby eliminating the need for loading between levels, as has been done in other games in the past to pull off the same trick.

Anyway, that was a very slick opening to the game.

I had the game set to Ultra settings, with Ray Tracing on, and was still getting a full 60fps, so great performance too. I noticed I couldn’t turn on DLSS, so I’m guessing that’s a feature they still haven’t put in?

No, DLSS should work.

Since you’re at 1920x1080 with a 3000-series GPU, I’m assuming that’s why it’s greyed out. I’m guessing the devs though it wasn’t necessary with the horsepower you have? Judging by the solid 60fps you’re getting perhaps they’re correct.

BF5 was one of the first ones to use it if I remember right, and back then it really required a lot more work to get in. Not sure if they expanded that later or just left DLSS support where it was in the DLSS 1.0 days.

which transitions to an aerial battle (over Britain?)

By the way, this was really thrilling. It’s been a long time since I played an air combat sim (last one was European Air War, I think), and wading into a whole sea of planes was very cool.

Do they revisit that later in Battlefield Vee’s campaign, or is it only in the intro sequences?

This one is a pretty hard pass from me, it’s the whole Deathmatch gameplay i dislike. Played online and the first life was ok, the second life i spawned and was killed within about 3 seconds, the third time i followed my squad for about 1 minute as we ran around in circles shooting the other squads running around in circles all over the map. Deathmatch in WW2 skins. No sense of a front line or anything, just squads endlessly running around shooting each other. No thanks.

Did you try the operations mode? That is the closest that comes to anything with a front line with the map being divided up into sectors with the attackers having to take the first before they can move on to the second and so on, but it is Battlefield so still folks running all over. I doubt that will ever change. BF5 has an additional problem with cheating on PC, and I’m not sure they ever got team balancing working.

Play the Rush game mode. Play Outpost. Play Grand Operations. There are lots of different options. Were you playing an objective game mode at all?

I was trying the operations mode.

I can tell this isn’t a game for me in a few minutes. I’ll try Battlefield 1 and hope it’s a bit more old BF than this new BF. I’ve been playing tons of Battlefield 2 Star Wars and tbh BF V is not my groove by comparison.

Let us know how you like BF1. It is probably going to suffer from a lot of the same issues.

I enjoyed 3 and 4’s story modes. V and 1 did away with them for little vignettes right?

Yes, unfortunately they only have the vignettes

The vignettes in 1 are really good so far. I got stuck on the one in Turkey, so I don’t know if they’re as good past that, but up to that point they were excellent. Are the ones in V just as good?