Battlestar Galactica 29: Where No One Has Gone Before 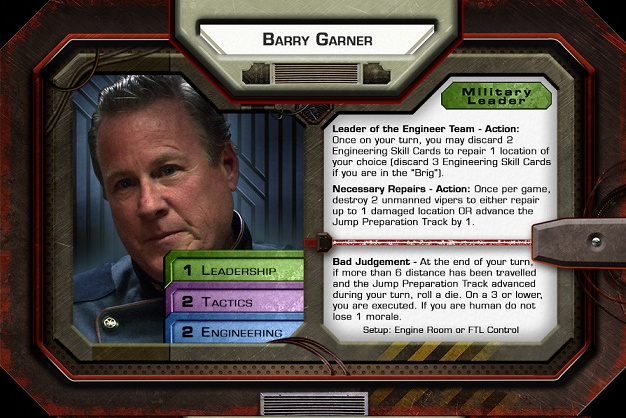 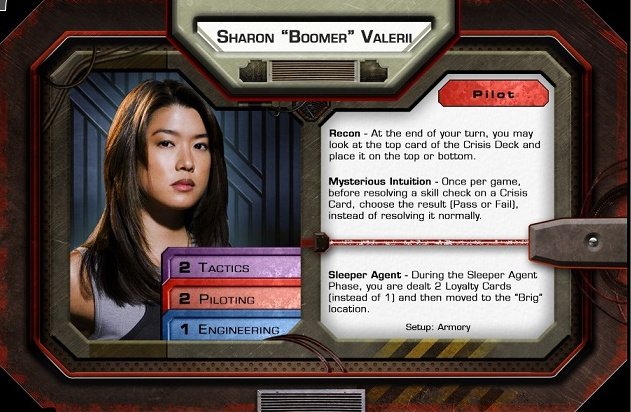 Probably, but I’ve done enough work for one week :) 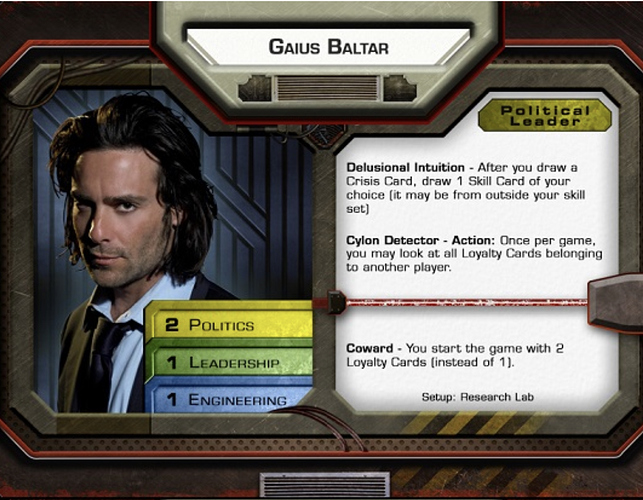 Hm. Looks like we’re lacking in politics and leadership.

Depending on what @soondifferent chooses, I am eyeing either Apollo Adama or a support role. Jeanne is new, right? I can’t remember if I’ve ever gotten to play the Chief.

This should be fun :D is there anyone else who draws 3 loyalty cards?
For once, though, yay, engineering.

Sorry! Out with the kids will pick soon

Apologies, but you can’t play as yourself.

Ahahaaa, I actually laughed out loud.

Can soon and I play the two other Baltars? Pleaaaase.

But but Cult and Other dude are sorta-kinda different!

Edit: The third Baltar is called ‘Season 3 Baltar’ according to the game files.

I’ve been feeling the lack of the Chief in recent games, hence my choice of leader as a source of guaranteed repairs. But yeah, more leadership would be good. Also a backup president for when Baltar’s inevitably evil.

The Chief plus Garner might be an awesome thing. Bonus, he draws Leadership. Humm.