The age of man ended with the birth of the Cylons. Old faiths were shaken, and toppled. New mysteries revealed. The edifice of life crumbled from the inside. Though the world did not know it for some time. Looking out at the echoes of time the new order could trace a line, new deities sprung whole from the mouths of this new sect of life.

The old order struck back hard, trying to stave off the rot that threatened the whole, but it was not enough. For a time they seemed sure of their victory, but it was merely a lull, a false security. Deep in the bowels of space this new force waited, sure of their ultimate victory to be delivered by mystical forces they only had knowledge of. Then after the allotted and foretold days passed, they strode boldly into the light.

And humanity hung by a thread…

5 leaders, two false in time. Rules, for those who need a refresher (which may well include me!)

We will be using all characters from Daybreak and Exodus (plus the extra characters from the vassal module that mixes a few new ideas, makes a non crap Anders, and has human playable Cylon leaders)

Some actions will force a player to take a Mutiny card. You may only have one in your hand. If you are forced to take a second Mutiny card, immediately go to the Brig and discard down to NO Mutiny card, unless otherwise specified on a card. Cylon players may not have Mutiny cards. Revealed Cylons must discard their Mutiny cards, and may never draw Mutiny cards. 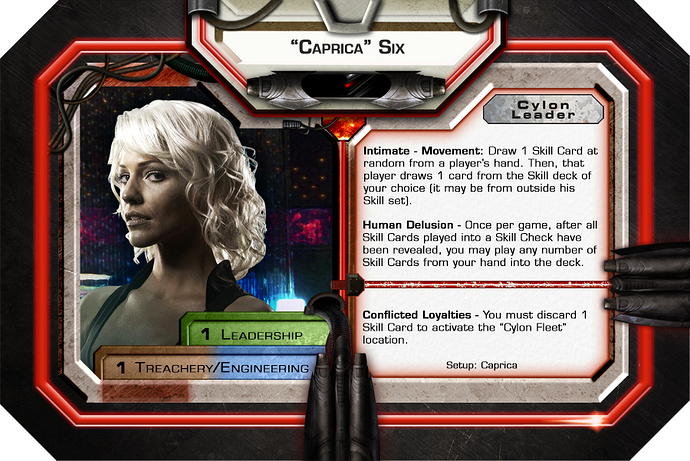 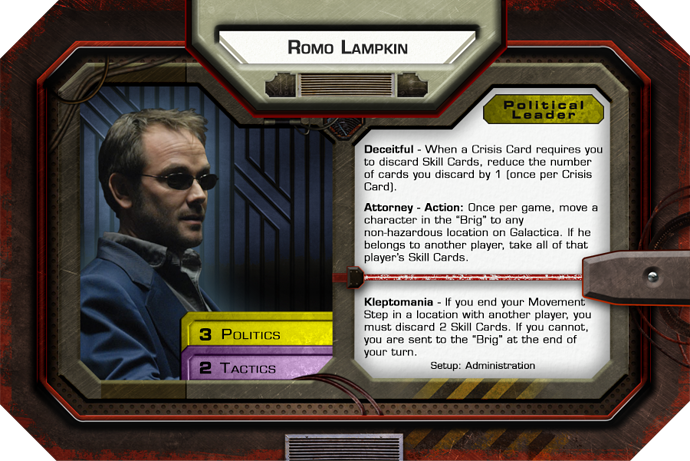 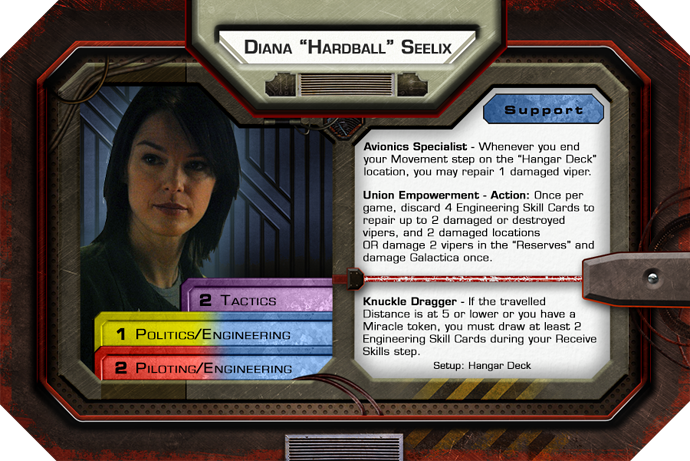 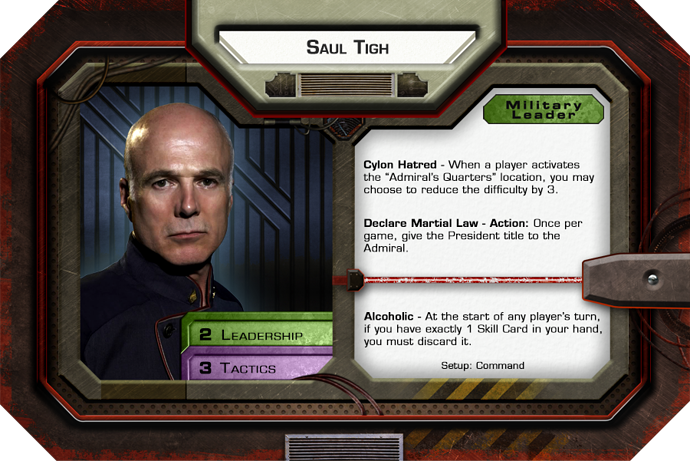 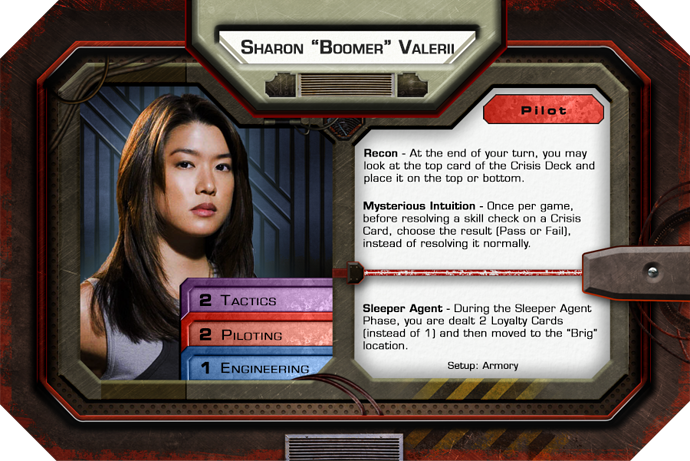 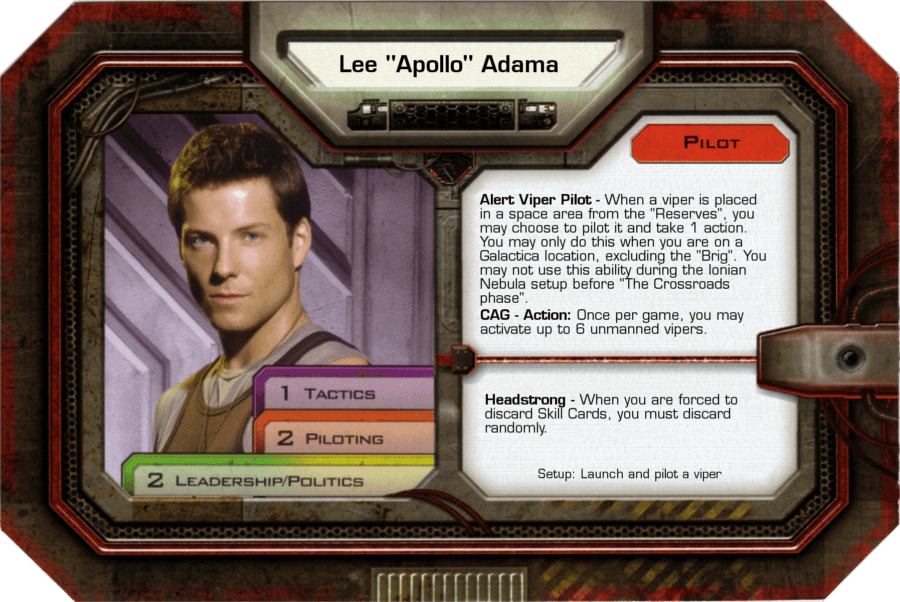 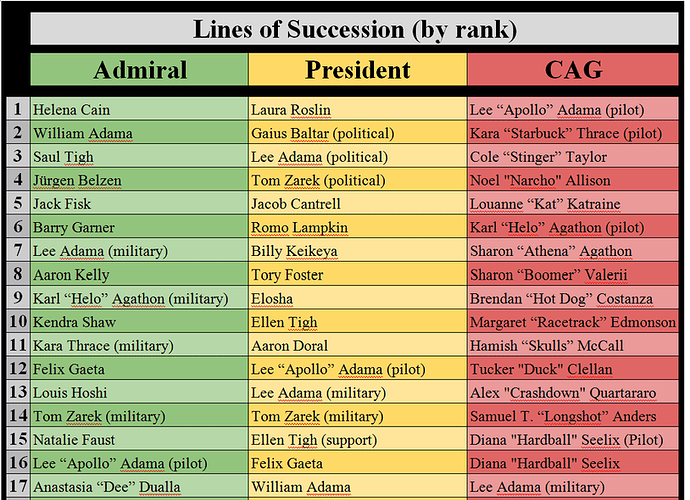 We are going with 6 players, so Cylon leaders are on the table. I will add the character cards to the second post once I make the graphic.

Sorry @rowe33 but you didn’t make it out of the random.org Thunderdome.

We will be doing Pegasus, Demetrius, Cylon Leaders, and finish up with New Caprica this game.

I am excited. And terrified.

I need to read some rules…

Ooh does six players mean we have a mutineer?

Ooh does six players mean we have a mutineer?

I am open to opinions before we get started, but I am leaning against it. Little concerned that adding yet another new thing to the games will get us too far into the weeds. But if people are into it we could do it.

Looking at the rules, it looks like we should use either a cylon leader or the mutineer, not both, with six. So only one new thing depending on what people pick, I guess.

Looking at the rules, it looks like we should use either a cylon leader or the mutineer, not both, with six. So only one new thing depending on what people pick, I guess.

We’ve played Cylon Leaders a handful of times so a little less new. But I am fine with going mutineer instead if no one wants to be a CL.

Oooh so many options but you know what I’m picking right Lantz?

Oooh so many options but you know what I’m picking right Lantz?

You know me so well.

Probably for the best since I’d likely screw up the rules quite a bit. Will await game 35!

I’m neutral on CL vs. Mutineer.

Cylon Leaders are multiple kinds of fun, though.

Also in a six player game I’m more likely to be nice.

Easy to be nice from the brig.

Ah, can’t be the CL and blame the chaos on the rules, now.
Give me a moment :)

@Lantz is there a New Caprica happening here?