Battlestar Galactica 41 - Love in The Brig 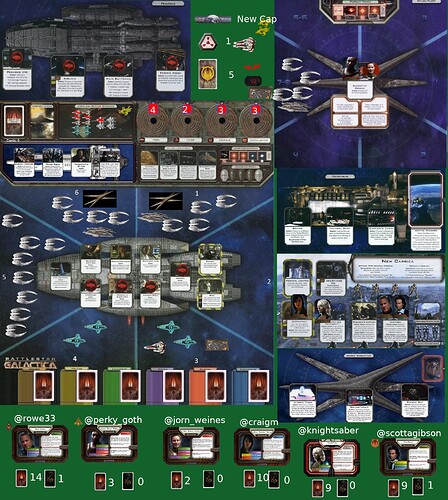 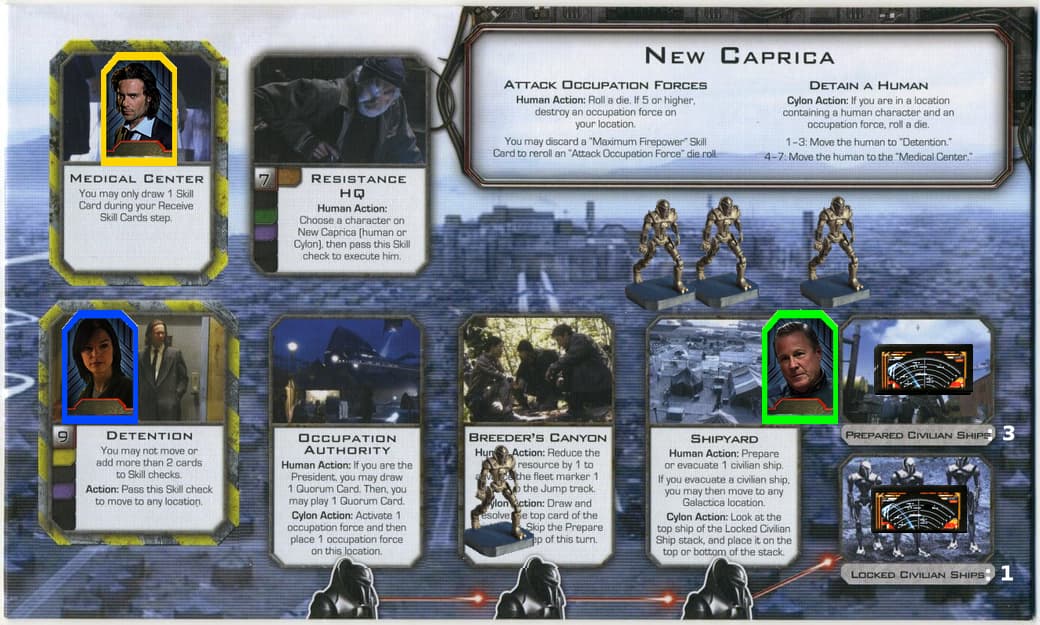 @rowe33 you have your hand.

Lead 1 XO to help the President get better.

Another Civilian launches (@scottagibson I assume you want it in 3 with the others but let me know).

I’ll move to the shipyard and evacuate a ship to space 3.

So, Perky and Jorn each do damage and that’s that, right? Unless the crisis gives free repairs.

So, Perky and Jorn each do damage and that’s that, right?

Looks like game to me. Thanks for playing everyone!

No worries, it has been the same for me.

No worries, I can relate.

I wasn’t sure we’d manage to pull through in the end.

Life… gets in the way.

So I screwed up at the end. I had Politics 2StP which allows people with 4 or less cards to draw 2. When I made my last jail break attempt I should have used that.

Not that it likely mattered at that point.

Also on the check that put me in detention I played tactics 6, which considering how heavy the robots were able to go against would have been better used in an escape attempt (not that I knew that, but playing a 6 on a check that goes negative anyhow sucks)

But yeah, once Galactica returned top priority needed to be someone in space to clear things and protect ships. Lacking that really hurt us. So very unlucky crisis draw. Worst possible crisis at the worst possible time, and the Cylons had incredible cards.

@Knightsaber how did you fare? 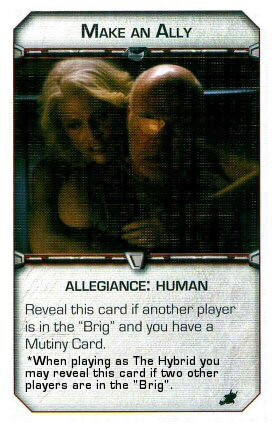 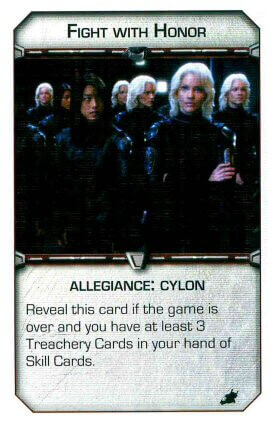 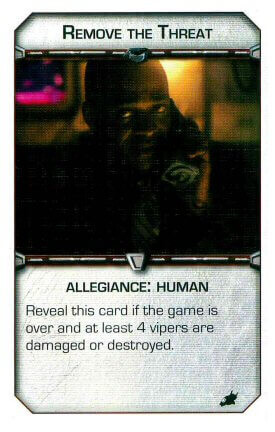 Don’t think I flipped that. 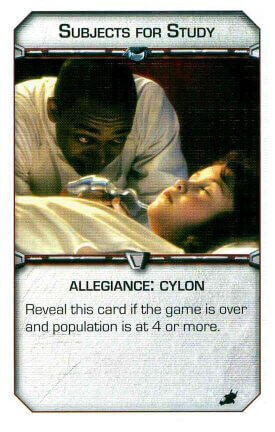 I thought I had another turn to infiltrate before we went to NC, because I didn’t really think about NC and Pop. And Craig kept repairing all of the Vipers so my only hope at the end was beating you while the Pop was still at 5. Couldn’t, because of my Cylon status. Man I really blew that.

Not that it likely mattered at that point.

Yeah, I think I made a bunch of blunders along the way, but I also don’t think it would have made much difference. It was a 3 vs 3 game, the baddies played their hand very well and some things broke their way (no jump preps early on, etc). I think we were more or less doomed by the time we made it to New Caprica.

Congrats, baddies! And thanks to @Lantz for running the game!

and the Cylons had incredible cards.

I had A LOT of 0-valued treacheries, but I did had some 3s and 4s when I needed them most. I think Destiny was very hostile to Team Human.

I don’t know that the Treachery roll for effect rule was great, but I think the Cylons would have crushed humanity without it in place.

Thanks for running the game!

Really appreciate your running the game. You know I don’t like doing it anymore.

But I can’t lie, I waffled over my cards hard for a while and then for the last few weeks I guess I just mentally checked out. Scrolling back, there are many times I could have hinted at having certain Motives but didn’t. No one knew what side I was on, and that includes me.

I must apologize for my lack of communication and involvement, especially knowing full well that the CL usually swings a game.

Thanks Lantz! Good game everyone. Was a really tough one for humanity, even having the President & Admiral be loyal the whole way through.

I guess I just mentally checked out.

Kind of the same, but because it was slow and I’m still adapting to changes on my end. But, also, we haven’t become used to NC yet, so it is more fuzzy, probably more so for the CL.

As to the game, pre-sleeper I was happy to join in the ridiculous overspending. To wit:

Why bother spiking something otherwise passing with an extra +25? Jeebus. I feel I know I’m an overly careful traitor player, but I’m not having many reasons to try and change that.

Sorry, Jorn, if you felt joining the losing side, but you were all fine being card strapped. Kind of unlucky I got insta-spotted for spiking one resource before bailing, while leaving the heavies around. Should’ve expected the arrest order to be in hand so they wouldn’t waste more cards, but that was a lot of centurions incoming if not. I didn’t say much at this point, because, again, why have them change tactics on card waste?

Anyway, it was fun, thanks for running another one!

Lead 1 XO to help the President get better.

Looking back now, I guess I should have used this to move to Galactica and repair something? Somehow it didn’t occur to me at the time. I think it might have delayed the inevitable by one or two turns at most. Another blunder.