Bedlam - The game in the ad you see on Qt3

If you’re curious, the ad in the borders of the site is for Bedlam. It’s an early access title available on Steam. It’s a low-budget shooter that seems to be using it’s low-budget aesthetic in service of the story. It’s based on the book by Christopher Brookmyre (who?) that hooked up with the game designers. 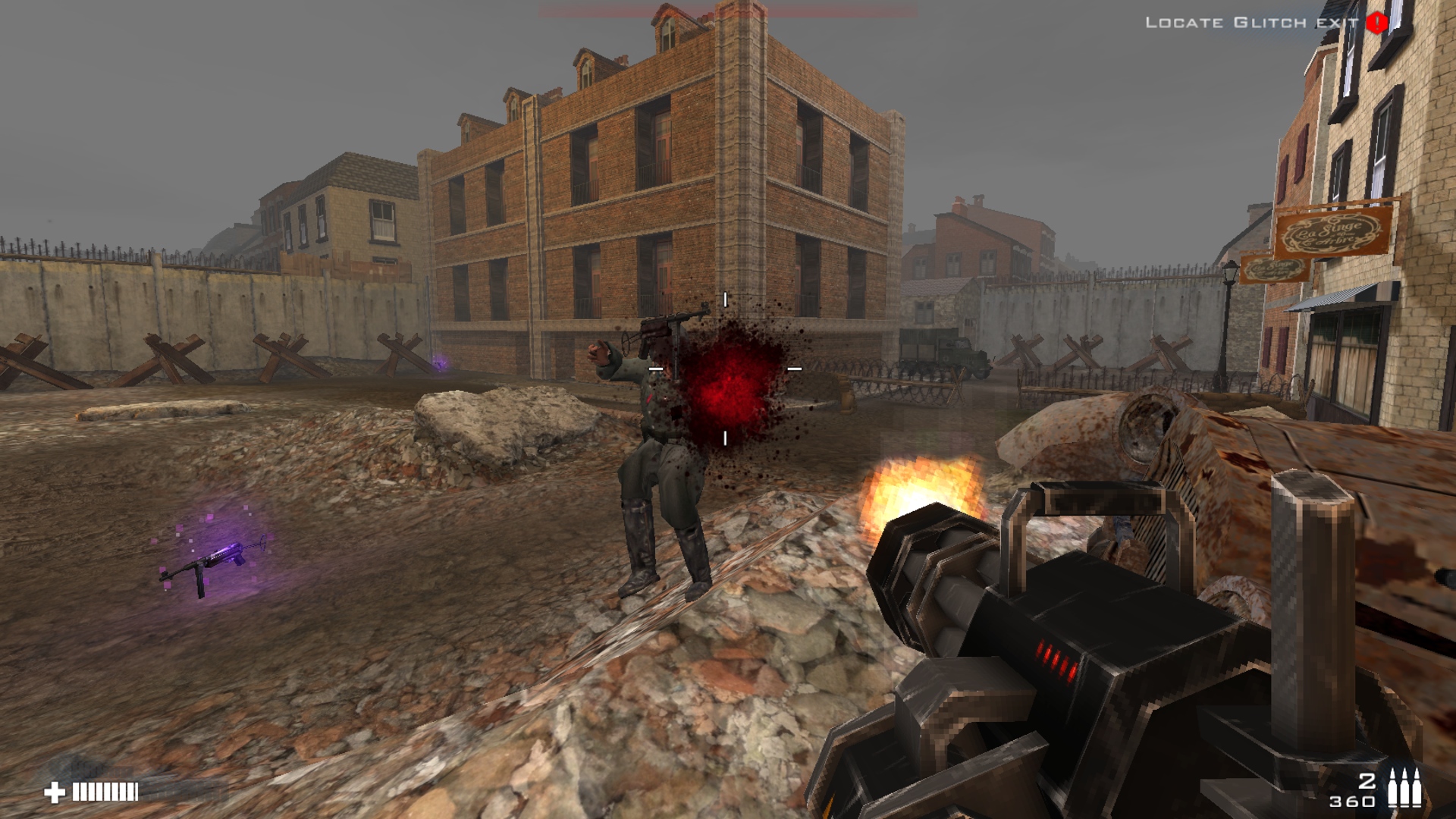 In the game you play Heather Quinn (aka Athena) a colleague of Ross Baker (aka Bedlam). Heather is an overworked and underpaid scientist developing medical technology for corporate giant Neurosphere. One rainy Monday morning Heather volunteers as a test candidate for the new Neurosphere brain scanning tech - anything to get out of the office for a few hours.

But when she gets out of the scanner she discovers she’s not only escaped the office, but possibly escaped real life for good! Heather finds herself trapped in Starfire - the violent sci-fi game she spent her teenage years playing - with no explanation, no backup and, most terrifyingly, no way out!

So, what appears in screenshots to be a bunch of unrelated FPS levels from different games, is exactly that thanks to the meta plot.

Normally, I wouldn’t have given this a second look, but I found this interview with the BBC.

In video game terminology a first-person shooter (FPS) is one in which the player experiences the action through the eyes of the protagonist.Acclaimed Glaswegian novelist Christopher Brookmyre says there are as few as six female leads in existing FPS games, with Mirror’s Edge being one of the rare examples.

He says the genre is dominated by male characters, which he describes as typically being “xenophobic, militaristic, macho and with simplistic ideologies”.
“The average FPS protagonist is a testosterone-addled sociopath with all the endearing charm of a cornered honey badger,” he says.

So Brookmyre has worked with Brighton-based games developer RedBedlam, to develop a game which is due to be released this summer.

Bedlam is based on the Brookmyre’s 2013 novel of the same name.

Its lead character is a programmer called Heather Quinn.

Brookmyre says he hopes she will help in “redressing a longstanding gender imbalance” in the FPS genre.

The year 2000 called and was asking for its graphics engine back.

The year 2000 called and was asking for its graphics engine back.

Well that seems to be part of the point.

There can be only one.

Is that Mario shooting lasers out of his eyes next to Napoleon? I’m sorry, but the artwork for that earlier game is just phenomenal.