This little indie is in Alpha, and it looks like it should flower into something really cool.

Love the gif on the STEAM page!

Me watching the trailer:

“Oh, it’s a game of launching things from a catapult to destroy blocky buildings… okay…”

“Oh, wait, you BUILD your catapult. Huh, not sure there are that many ways to build a ca—”

Looks great. And the trailer does a good job of selling the idea. This is definitely making my wantlist.

That is a pretty good trailer, but i think i was already sold after watching someone else play it.

Fun game but as advertised, it is an alpha that needs some work.

Fire seems… risky. Every time i end up using any flame throwers, it ends up setting my WOODEN war machine on fire and then you are done. You can do a ton of damage with it though, so often times i end up burning the whole level to death before i die.

In my last level, i needed to kill a bunch of charging infantry. So of course i built a heavily armored, stationary cube where one of the sections inside it spins around with long fan blades pointing out. The armor on top of it stopped the archers from killing me and the long spinning blades killed the infantry attacking me from the sides. Sadly, that wasn’t working as after a while the infantry would kind of get stuck just out of range (maybe an AI bug or maybe just dead bodies). So of course i attached flame throwers to the spinning section so that mid fight i can start spitting out flames in all directions in a spinning wave of death. This worked pretty well, but it also set me on fire. I did end up winning with this simply because i also set everything else on fire and everything else died.

There is no way possible this game can turn out bad. :D

I caved and got this, first zone was easy. The 2nd zone also pretty easy , except for this small issue after firing the cannons. 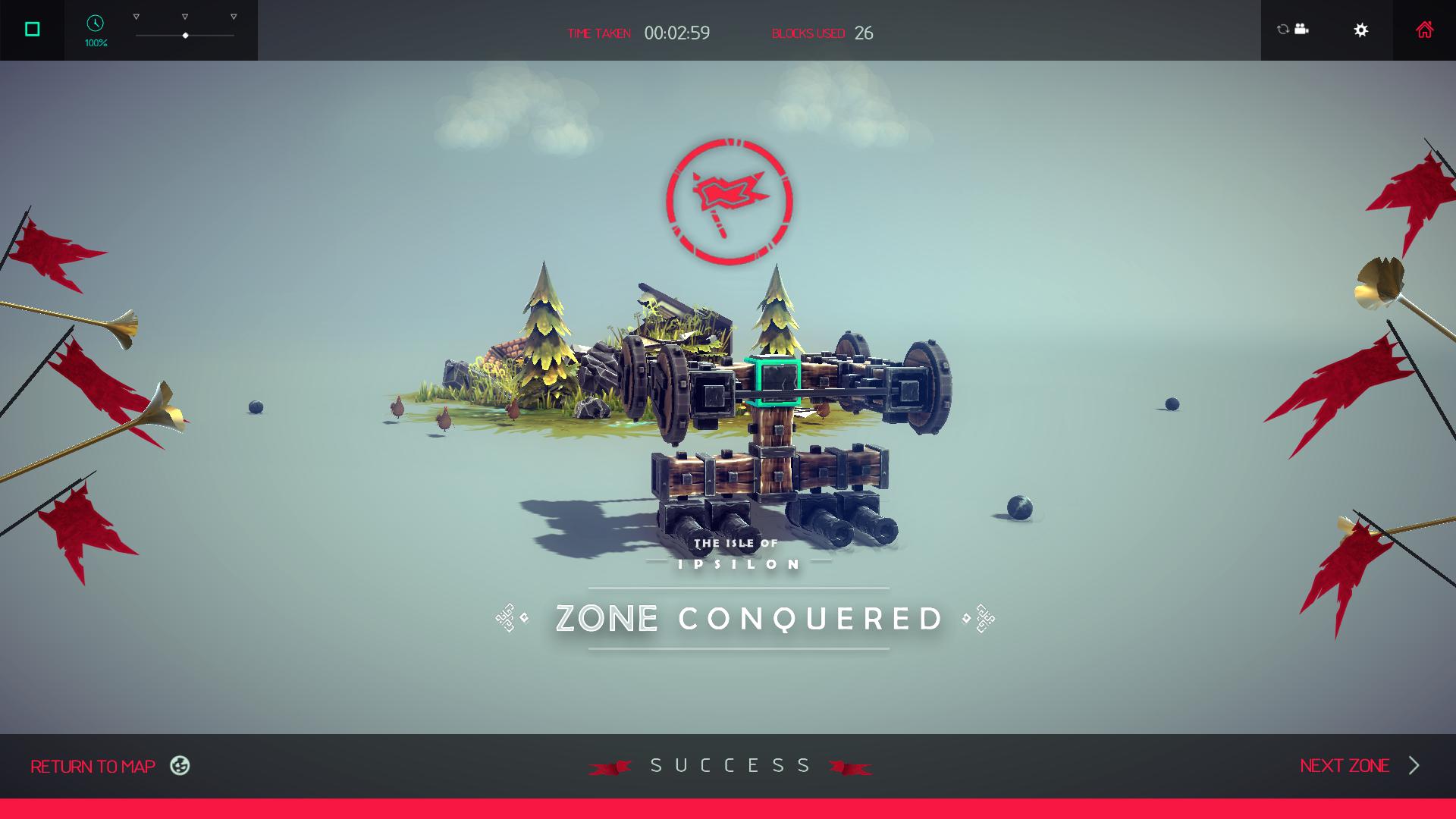 I’ll go ahead and admit that maybe I’m a massive rube, but I can’t figure out how to get my siege engine to steer without it breaking itself.

Add more braces, my cannon thing above kept blowing its wheels off till I braced it better. Now I just have to figure out how to keep it from flipping over.

Make a wider base?

I have been having great success with a “H” shaped base and wheels that you can steer.

I am a few levels in now, my siege device didn’t make it to the end this time, but I consider success by how much blood is on the battlefield. 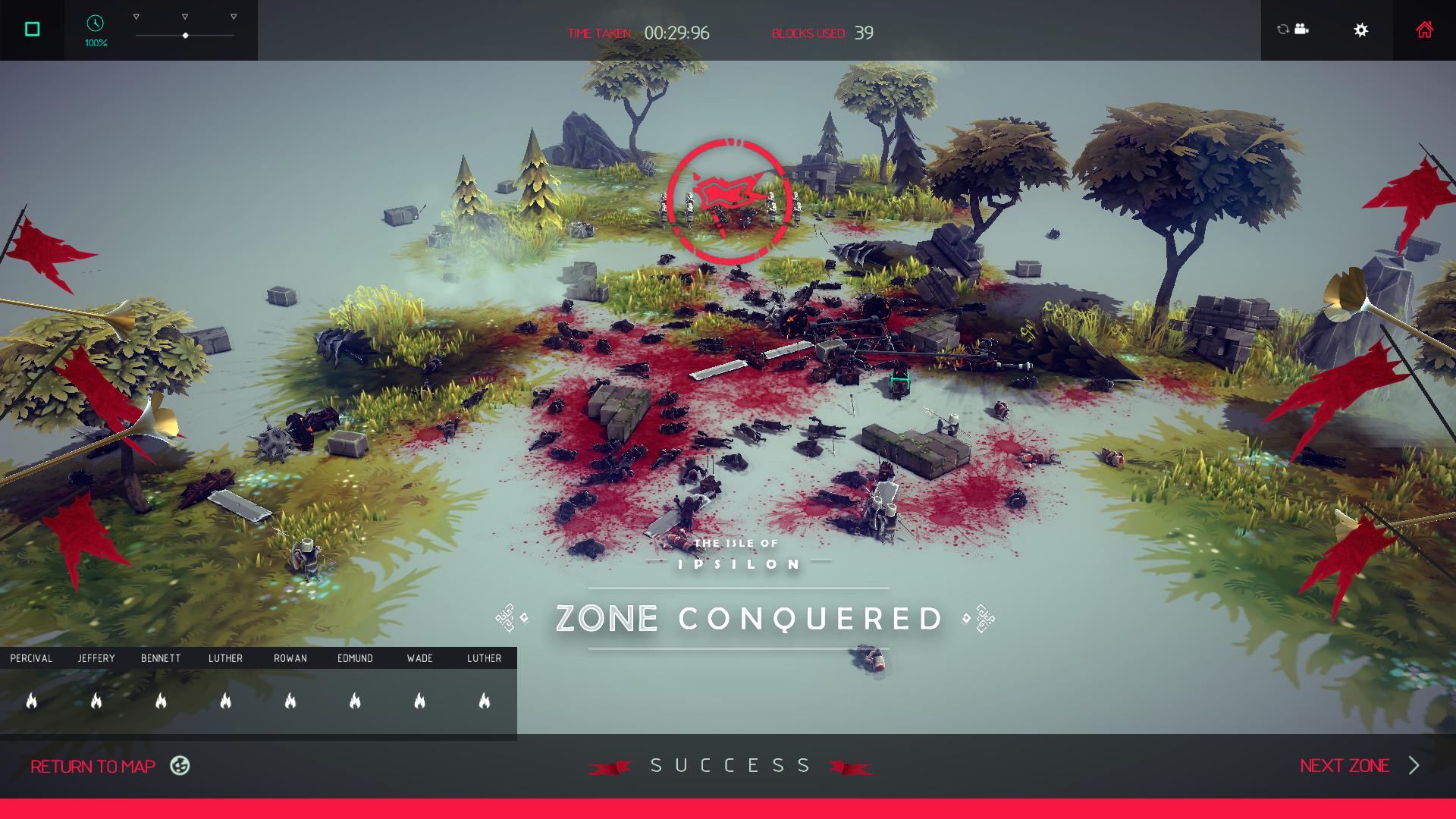 Just noticed on the steam greenlight page that it’s been greenlit. Hooray!

This is what i used on the last level (bunch of swordsmen and a defenseless castle/village): 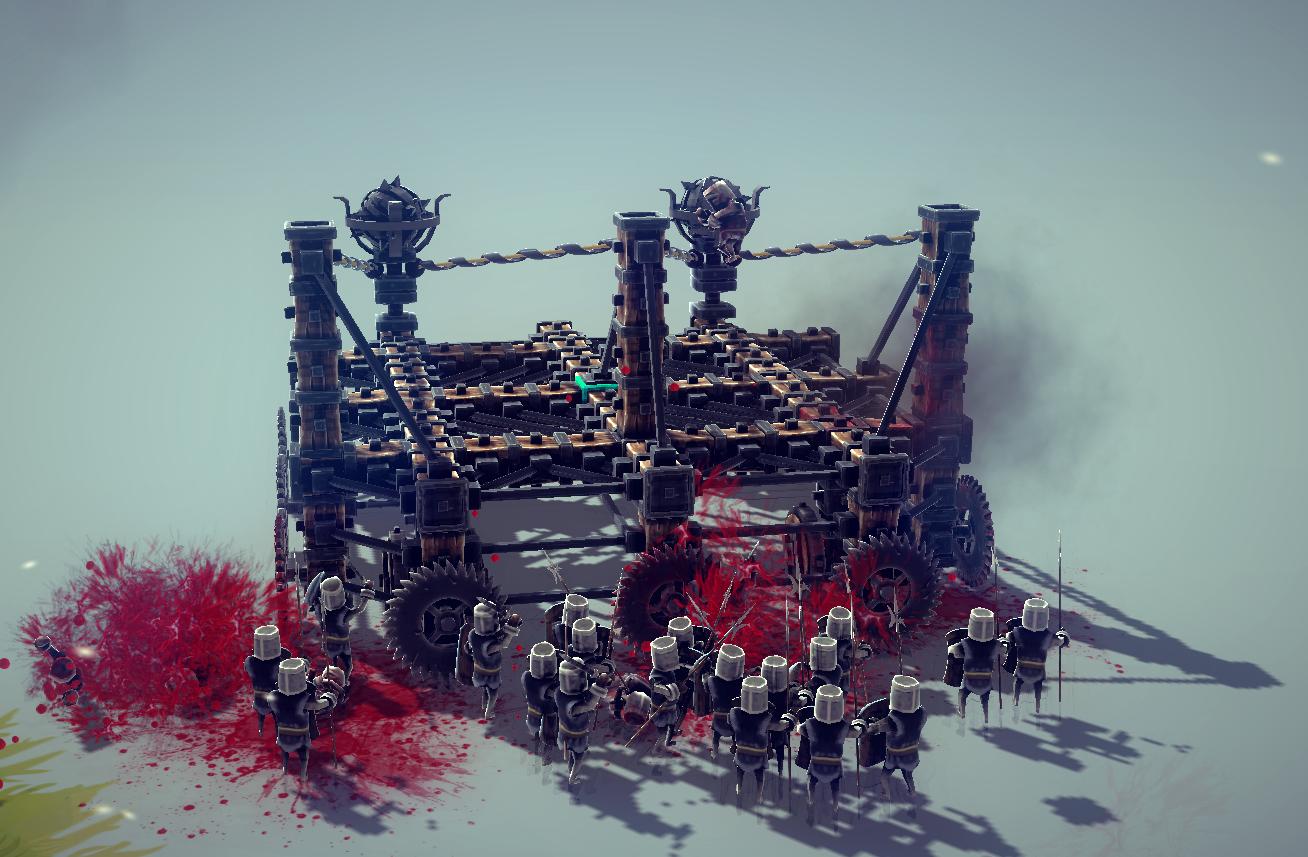 If there were archers, i would have needed armor probably, but with meleers i just had saws surrounding the body. It is a perfect square with saws all around it. All four wheels have the steering thing on them, which seems to work the best.

I had to put explosive catapults on top to deal with the castle. I’d say about half the time i blew myself up when i fired them.

Its on STEAM now, humble bundle purchases should see a STEAM key option in a few days.

Me watching the trailer:

“Oh, it’s a game of launching things from a catapult to destroy blocky buildings… okay…”

“Oh, wait, you BUILD your catapult. Huh, not sure there are that many ways to build a ca—”

Hah! So right, this got me to watch it and I had the same sequence of reactions!

Needs moar reference points when you build flying units. All white everywhere is not helpful as a navigation aid.