FYI, if you stick with it, there’s a bug that they never fixed that stops progress at the end of Act 1 due to some lazy and/or terrible copyright check coding and communication between Steam and the Ubiapp. Thankfully, it’s so lazy that if you run into it, you can fix it in <30 seconds by editing an XML file. If you have a meaningful text option greyed out around then, it’s an easy Google-and-fix.

Good holy god there are a LOT of Etrian games on 3DS! Err, can anyone give me a hand sorting through the options here? I’ve got the first three for regular old DS, which will play on the 3DS as well, but it looks like there’s a morass of new direct sequels, side stories, rereleases, and off-genre franchise games here that I’m having trouble making sense of. Also, maybe some of them are out of print and therefore super expensive? In general a sense of what to prioritize would be helpful!

First DS game is my favourite, hopefully the English release fixed some nasty bugs. It’s very brutal, it rocks.
Third DS game is probably the friendliest, if you don’t want to be punished? Why don’t you want to be punished?!
Second felt too iterativate after the first one, and 4th one is quite different. My wife played the weird Wanderer mashup and somewhat enjoyed it, although she thought it was pretty broken and didn’t capture the greatness of either series.

IIRC Etrian 1 & 2 on 3DS are just remakes of your DS games with a bonus dungeon and low/mid-quality story.

They all have hour-long demos. Try them and come back later. :)

It’s easymode remix of the previous games. Again, why play this series if not to be punished?!

So I checked out Infinite Adventures while fooling around in Mary Skelter. It’s an indie take on part of the Etrian formula.

The good: adjust encounter rate on the fly. There is an unsophisticated auto battle. Class skill trees are decent. Quality auto map I don’t have to waste time drawing.

The bad: some people like this, but I am not a fan of the Etrian “harvest shit from dungeon spots/monsters and combine with occasional boss drops to unlock new gear” system, which this uses. The skill trees have more than a few “traps” in them, although there’s a respec that is affordable after early game. Also, they aren’t quite as colorful/involved mechanically as what you get from later Etrian games. There’s a weird class upgrade system that doesn’t feel especially necessary, which also ties into the “retire/rebirth” system. Which probably isn’t needed, although IDK I’m not even halfway through the dungeon. Levels can be a touch bland, and the voice acting is all over the place.

There’s something in the dugeon like Foes but they don’t move around, and overall they are a little more vanilla in terms of design. There’s also “party skills” which don’t belong to a single person: gathering skills, unlock, decipher, search, and maybe one other. These have been a mild disappointment. There just hasn’t been much in the dungeon I couldn’t handle once I arrived at it, and the two times I had to come back the rewards were super lame. There’s also a class that sort of boosts this aspect, giving free levels in stuff.

There is also a system where you can enter portals to procedurally generated dungeon levels to go kill a boss. It’s very random what you get as a reward but you can get some nice gear - eq can both be enchanted with something that boosts specific stats as well as enchanted +1/+2 etc up to I can’t rmeember what. Resources to do that, so far, are scarce so far(these one off dungeon levels have chests that can contain the ruins you need though).

It’s decent overall. There are much worse ways to spend 15 bucks (or less if you can catch it on sale).

Saviors of Sapphire Wings is now out.

It’s got mixed reviews although those are partly due to issues that maybe got fixed after release. I haven’t seen any controller issues yet, and one complaint was that there was no way to access options from the Sapphire Wings main screen but I could do it.

I can say I enjoyed Infinite adventures a good bit, usually goes on sale for 10, but haven’t seen lower.

I have no interest in the sapphire wings part, but the the Japanese reviews of the stranger city part are current, and an absolutely horrific read.
NIS true to itself seems to have no idea how to port to PC. I’ll get it on the Switch!

I have anger towards NIS, not just because they butcher PC ports, but because they took from a friend who was one of the best PC porters around for older games (she’s still got plenty of work so she’s ok though)

Curious if this actually turned out to be your thing.

I’ve been dipping in and out of it, mostly due to having a billion other games vying for attention. I have completed the first dungeon, it’s very old school in approach, there are lots of secrets, large mazes with lots of mostly rats which behave as expected, excited to get out into the game proper now (at least this is how it’s being presented). The “choose your own adventure” stuff so far is just comedy responses that have no impact on outcomes, but I would assume again this is because it’s early / tutorial stuff.

But the fact I’ve been coming back to it is good, it’s got its claws in somewhere. I’ll keep playing.

Nice. I think I’m gonna get it next time it goes on sale.

That thread needs another title because it’s the one I was wanting to bump the other day but it didn’t pop up. “Blobbers”, ugh.

I think “blobber” aloing with “walking simulator” were genres given names by people taking the piss. Why do we use these? Even Gridder is better.

Clearly, we can’t call them “Wizardries”: 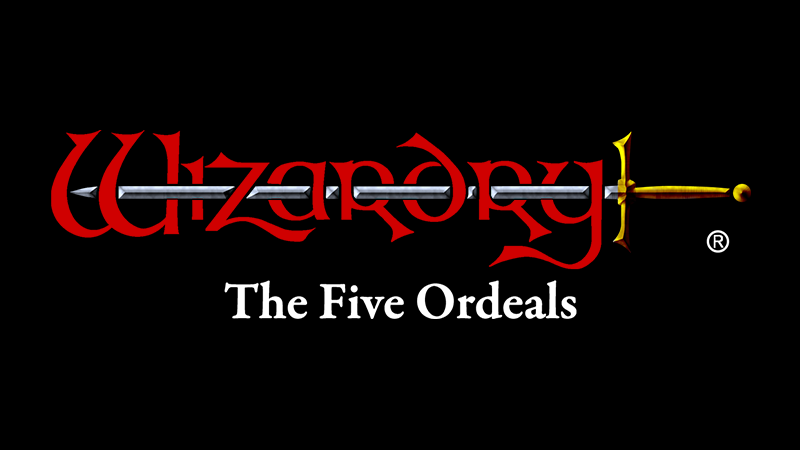 This Game not related any original "Classic Wizardry" #1-5.

Slang term for first-person party-based RPGs in which the player controlled ‘entity’ is meant to represent a party of individual characters, but is literally an invisible blob with arms and legs.’

This also explains JRPGs which the party is usually represented by one character on-screen until combat or a cutscene starts.

Admittedly I don’t really play these types of games very often and they sort of tire me out. Also they are all too similar (of the ones I have played, which again isn’t a lot) Eterian Odyessy is I think the only one I actually finished and I never made it past the first floor of the sequel becuase I felt I already played enough of that game.

It is dumb. I believe it was originally intended as a derogatory term, by people sneering that it didn’t allow tactics like flanking and what-not. Popularised on rpgcodex…