Big releases you're looking forward to this month?

I’m trying to remember all the big things coming out this month.
So far all I can remember is:

Not big, per se, but:
Star Valor (out of EA)
Tyrant’s Blessing

Marvel’s Spider-Man Remastered on the 12th.

Marvel’s Spider-Man Remastered on the 12th.

Without @Rock8man’s logistical help, I can’t reply to this question Jeff!

I’m all about Two Point Campus.

I’m all about Two Point Campus.

I think the new Saints Row is still getting released this month, hoping that’ll be fun!

Ok, according to this article, here’s the releases for August:

I guess the big ones for me are Tinykin (I Loved the demo at Not-E3), Two Point Campus, and Saints Row.

On the bigger picture, the lack of triple-A titles right now, I agree with this article that it’s just fine with me: 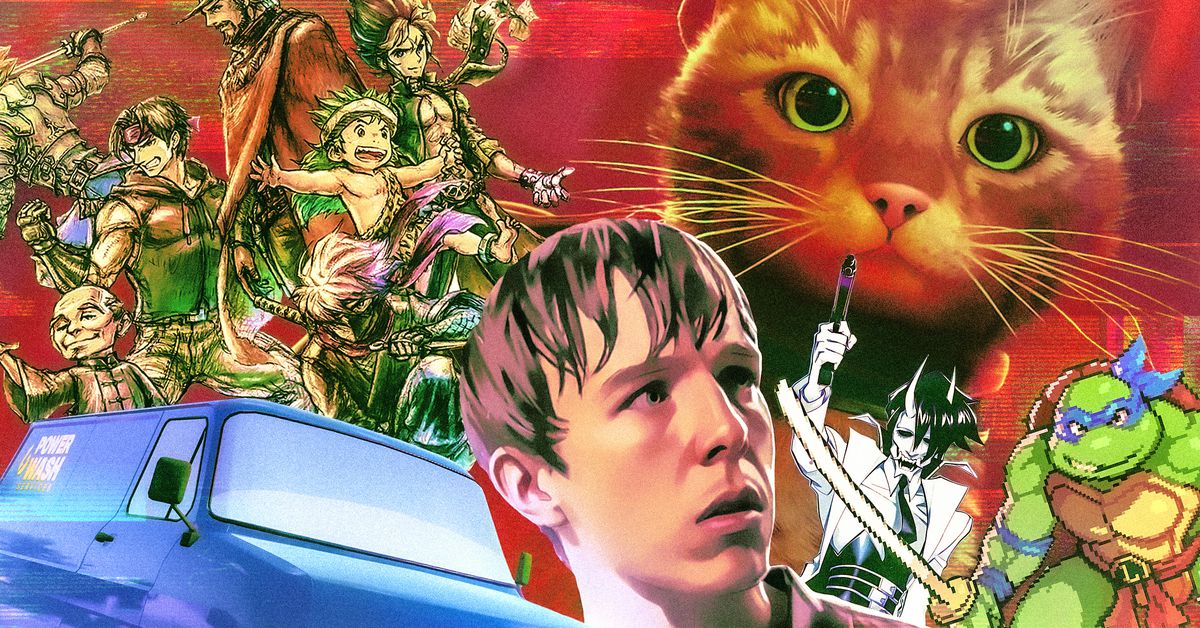 Don’t let the lack of blockbuster video game releases for the second half of 2022 fool you: this gaming "drought" may not be a bad thing for gamers

Heck, it gives me time to actually finish Elden Ring this year, perhaps. And Stray. And maybe Dad of War. And Tinykin and Saints Row, of course.

RPG Time got me intrigued, if only because I’ve got no idea what it is like.
Dusk Diver 2 looks pretty sweet, but it’s an oldie for the weebs amongst us.

By the way, I’m not done with Elden Ring yet, but for those looking for their next Souls-like fix, this one is a Soulslike. And it could be pretty cool.

Story A kingdom once thriving on the power of alchemy enters an age of calamity. After di

This is what’s on my radar, excluding TWW3 & Thymesia.

August 11 action-roguelike Cult of the Lamb.

Farthest Frontier is the only release on my radar for August!

I was originally dead set on purchasing Farthest Frontier when it came into EA on August 9. But that’s the same day as Two Point Campus, which I can play thru Game Pass. So I will probably old off on FF for a bit and see how it changes whilst in EA. I’m not completely sold on the humor and/or graphical style of Two Point Campus (I do NOT find it visually stunning!) so if the bloom wears off the rose quickly, I’ll swap over to FF.

Ahhh yes! That’s one of the other big one I was trying to remember. Thanks!

Didn’t realize that’s an August release. I really liked my free play time with it.

Farthest Frontier Is just releasing to EA? Boooo. Thought it was a real release.

Farthest Frontier for me. :)