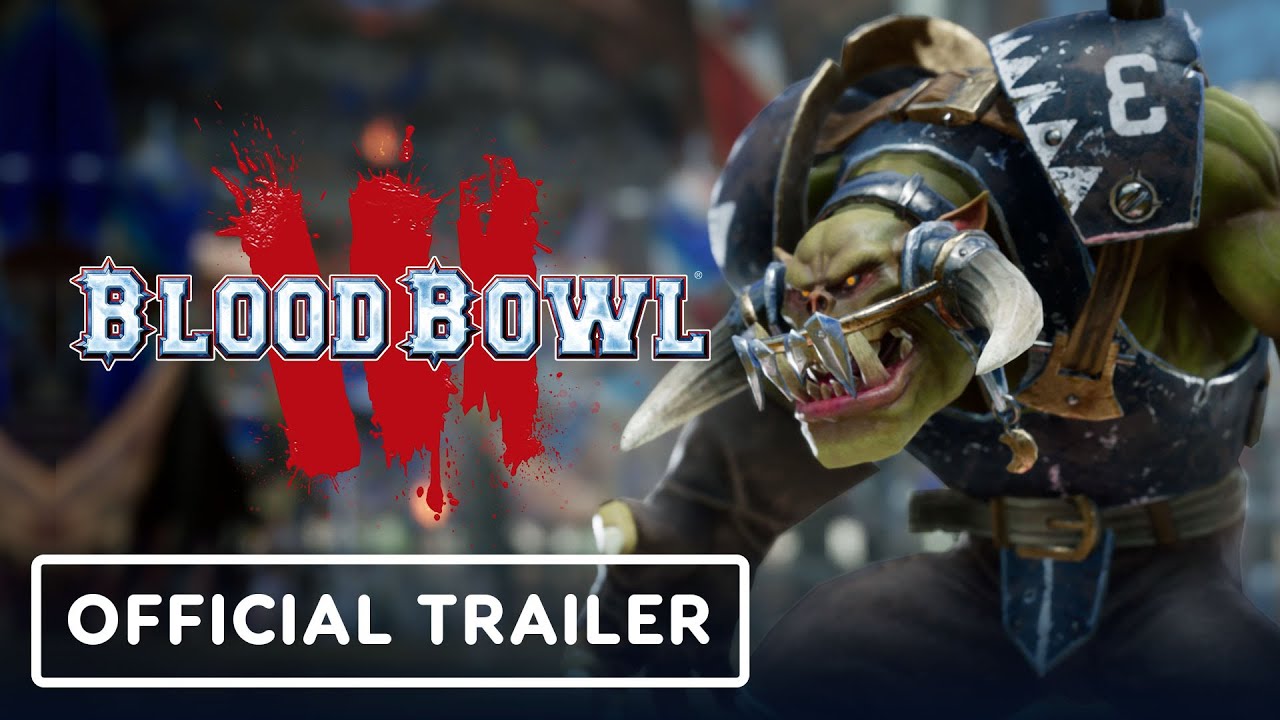 Gosh please let it have some single player goodness.

That was never in question.

Yeah that’s pretty much what I mean.

BB2 at this moment is a perfect rendition of the classic board game, with good UI and good presentation, but it’s lacking some features (yes, a good SP campaign a significant one). It’s also stuck in pre-2016 rules (although 2016 rules are really similar to classic ones), though it’s a great place from which to build a new game.

I read the leaks of the new tabletop rules (first significant changes to the system in almost 2 decades) and there’s a lot of stuff in there that will make casual multiplayer viable if implemented in BB3 (at it seems that this stuff will indeed be implemented):

I agree a good SP campaign and good AI would be better, but a healthy drop-in MP mode could do wonders to the playability of this. I only play BB2 on closed leagues for that reason, but those need to be scheduled and I resort to FUMBBL blackbox for a quick fix. This could change things.

Other cool thing about the new tabletop rules is that it seems that once they finish the classic teams (4 more to go) they will start releasing brand new teams, so in a couple of years we will have a more diverse roster (of course BB3 will initially come with only 12 out of 21 current teams, so it will take a while to catch up).

This of course means team DLC for the PC version, but if you stick to specializing with one team, it’s not that bad (you don’t need to buy every team) and constant influx of new teams could mean the game will get significant long term support.

Rumor is the new tabletop rules have been developed thinking on online MP environments, and it shows. This could be good.

Aaaand… this will have cross play bt. PC and consoles, including Switch.

I would love to play single player BB! I loved the 1995 version so much, both in single player and hotseat with friends while I was in school. 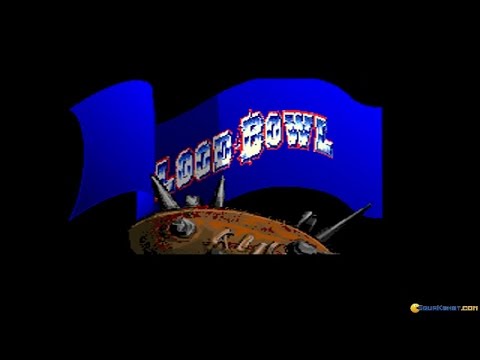 I understand the feeling, and a single player campaign with some narrative and cool stuff would be really welcome indeed.

For it to work it would have to skew the new redraft mechanics so that you can build a really high TV team in SP, the kind of which seem that are going to be made very hard to do in MP (if they implement the new redraft rules, that is).

Also, looking at that video, I hope the implement a FUMBBL-like tactical view.

What’s the last game (by anyone) that had an AI, where the computer played the same game as the human? Cyanide is barely above a shovelware-level dev. They do what they can. That does not include AI.

Yeah, I assume as much. Even if it can play somewhat well it needs to simulate other games and create a cool “season” experience and play as various races/strategies well, none of which seem likely. Mores the pity.

Yeah that’s pretty much what I mean.

This was my first thought too. I bought the first two games but really had no way to enjoy them. I am just not going to play MP online in leagues. Give me a single player experience and I am all in (again). Skip it (again), and I think I am done with the franchise until that gets changed.

You can play multiplayer online in the eternal leagues (pickup games with no need to schedule, just open the game and search for a game).

Granted, that’s an exercise in frustration in BB2 because of the silly super strong teams, but if the implement the new tabletop season rules, that would go away and the broader pick-up multiplayer could become a very attractive option.

Building a competent AI for this game would be hard, I think.

There’s no point in hoping for a competent AI for this game. This is Cyanide, we’re talking about, and they’ve yet to provide any proof that they could develop a competent AI for tic-tac-toe, let alone a game as complex as BB (I may be exaggerating, but Cyanide’s track record as a game developer is quite simply not good - they release buggy, broken messes of games regularly - BB is actually one of their better series).

For the same reason, they might as well not bother with a single player campaign. The greatest single player narrative in the world isn’t going to be enjoyable, if you have to slog through multiple excruciating 1+ hour matches against a brain-dead AI to experience it.

Blood Bowl with some reasonable redraft mechanics? That sounds very interesting, though. Even though I love high value teams, and the enjoyment of playing DEs might be somewhat marred by continually losing their best players, the inability to keep a continuous league series going where people can jump in/out as they want is one of the main weaknesses with BB gameplay. A good solution to that would certainly rekindle my interest.

No, but the rulebook leaked.

After an X number of games (to be defined by league organizers, but seems to point towards 10-20) you need to redraft. You get 1000k + 20k per win + 10k per match (or something like that, those are not the exact numbers) + treasury. And EVERYTHING is capped to a maximum of 1300K (recommenced by the rules but not set in stone).

Players cost 20k more per “redraft”, so veteran players start getting expensive and you can’t afford highly skilled players anyway with a max of 1300k.

Starting at about 1300 every 10-20 games would make higher TV in the 1800k range, and would indeed allow newcomers to be somewhat competitive after their first season (after the first redraft).

Those are the new tabletop rules, and I think it’s likely they will go into BB3 since they seem designed to tackle continuous league shenanigans.

Ah, pity. It sounds like a reasonable set of rules for TT, though I have to admit I’m a bit … disappointed if that’s it. Seems like it takes a lot of the fun out of seeing players built up and developed over multiple seasons.

And above all - seems very tabletop driven. Which makes sense, of course, but an on-line game’s ability to handle statistics and numbers practically begs for someone to implement some form of salary cap/player career/draft pick system into the game, and I’m pretty sure one could devise something good divorced from the restrictions of the tabletop scene (which must have simple rules, since people need to be able to keep track of them). Though that kind of setup might have its own problems, and I certainly I wouldn’t trust Cyanide to design this - their “improvements” to BB have generally not been.

I mean, it’s a tabletop game, and the rules need to be written in a tabletop friendly format, but those rules I don’t think are very TT focused since it’s unusual to have a TT team run for 40+ matches.

I think it allows for players to grow for 2-3 seasons, but forces you to select which players you keep. Or if you want to keep a super star, then you can but everybody else would be a rookie, which would be fun in its own way.

I’m mostly a Skaven coach and these rules would mean I keep 2 players season to season for 2-4 seasons. Once you get a rookie with good level ups I would think about replacing one of my expensive stars (probably a gutter runner and a storm vermin) with them. The level up rules are changing. Now for each level you have different SSP costs for random primary skill (choose category and roll within), chosen primary skill, random secondary skill, chosen secondary skill and stat increase. Three random primaries (choosing category) go for 13SSP now, while the first stat increase would cost 18 SSP. This means, I think, a lot of rookies with early random skills, some useless but inexpensive (only 10k TV) but some good and worth further developing. You would only go for stat increases for very specific multi season builds. It all adds up to far less perfect builds and player, which is very healthy for MP. Nobody needs and AG4 dodging Minotaur.

I guess I mean I really, really like these rules for a MP environment (for SP they would be frustrating, but BB is as much a SP game as Overwatch is).

I’m a veteran coach of Skavens for many Orca-Cola seasons, I never had a problem with KIll teams really…and in the new BB 2 leagues, there are such a variety in teams that you won’t ever get stuck with kill teams every match…

That said, its a great great game even if that trailer was a bit lame ;)

Also, the game could use a coach mode like speedball 2 had…for SP…but AI will never ever ever get good at blood bowl, sorry, it’s just too hard.