Hm, I’d point to 1998-2008 being the ‘golden age’ of game design since every-other game wasn’t a worker placement or a deck builder then, but that’s me. I do like several of those type of games, but I also like variety. I can’t win here!

I’m definitely a big fan of the simple but deep games from that period like Kramer and Kiesling’s and Knizia’s releases. But I don’t think those games went away, they just rarely hit the hotness anymore. Hell, Babylonia might be my favorite Knizia! Paris and Renature both look great also, and all of them seem like the kind of game that would have done well in the early 2000s (except Paris’s very 2020 production). I think the audience for those games is the same size as it was then and the board game industry growth since has been in all the other nooks and crannies of design space that have opened up in between.

If you didn’t enjoy Raiders of the North Sea, i would temper your expectations for Scythia. They’re very similar. Scythia has a bit more going on mechanically, but the overall structure and flow is pretty much the same.

You’re talking me into it @AWS260! I loved the flow and the core worker placement mechanic. The hitch for me was that there were take-that cards. Even though they’re not a big part of the game, for some reason I just can’t enjoy Euro-style games with take-that cards present. It’s like a peanut-butter and sewage sandwich. But I’ve heard there aren’t take-that cards in Scythia, which is what piqued my interest in the first place.

In that case, it might be right up your alley!

Blech. If I wanted to do math, I’d balance my checkbook.

That said, the deck building in AH is as friendly as it gets.

Well, to be fair, there really is no deck-building in Arkham Horror if you’re just using the core set. This is Fantasy Flight, after all. They’re here for the business model, not the game design. So to really get into the deck-building, you have to spend a ton of extra money. At which point, I’d argue the deck building is as hostile as it gets.

But your point is well taken considering @Wendelius was talking about just playing the core set with his wife.

Scythia really has my interest (the fantastic artist they got for it may be a big part of the draw).

I’ve almost bought this game several times now. But then I keep telling myself I should play some of the other unplayed games I have sitting here. Plus the whole Tainted Grail shebang is arriving imminently. :P

I would like at least one Shem Phillips game though - I wonder if this is the one!?

I love the look of the art too. It’s the same artist who did Circadians: First Light, and both of these games’ art seems somewhat controversial with some saying it’s ‘amateurish’. I disagree!

It should go without saying that this is all entirely subjective, so when I say a game isn’t good, I’m not making some universal pronouncement that this game—or era of games—is objectively of poor quality for everyone everywhere because there’s no such thing regarding something so abstract like board games or design (except maybe the components?). I am simply saying that my personal experience with it was bad and/or I did not find it interesting.

If there is any interest here, I would love to GM Dune as a forum game. It should translate relatively well to forum play with a GM.

I too am interested, but skeptical about how well it would work as a forum game with all the play stoppages and interruptions (bidding, Karama cards, faction powers, etc.). Of course, it’s an old game so I’m sure someone at some point has found a workaround.

But I don’t think those games went away, they just rarely hit the hotness anymore.

I assume this is the issue. There are certainly games being released that I still enjoy—even worker placements, deck builders, and (sigh) worker placements with deck-building elements—but most of the games that get hyped online and elsewhere are rarely ones I’m too keen on. This is compounded by the fact that the barrier to entry in board gaming is considerably higher than other forms of entertainment, so I can’t feasibly sample a bunch of board games as quickly or as easily as I can music or TV shows, even when there isn’t a pandemic.

And as a solitaire game, I really like how you have to control the AI’s worker distribution! That makes it a lot more than just the usual deck of cards you flip to reveal arbitrary moves that have no regard for the actual rules of the game (i.e. the usual automa). The AI behavior is partly dictated by how his workers are spread out on the board. It’s a sort of evolving terrain you have to read. I don’t know if it’s cheating, but I took to tracking exactly how many and which cards were left in the deck, and making my decisions accordingly: when it’s safe to set up groups, when to use the black market, when to use the town center, and so on. Seems like tracking the cards is a significant part of how to handle the AI.

So, big thumbs up. I want to run through a couple more games before boxing it back up, but then it’s on to Viscounts and Raiders of Scythia!

I can’t feasibly sample a bunch of board games as quickly or as easily as I can music or TV shows, even when there isn’t a pandemic.

The pandemic has definitely helped with this for my group: it’s so easy to try games out on TTS.

You’d think. For some reason my group seems allergic to it.

There were a few gripes and teething pains for my group, but it was the only way we were going to have the chance to keep playing most games so people accepted it. It’s now working pretty smoothly.

For convincing skeptics, it helps a lot if you have tried out some mods beforehand and found some that have really good scripting. Makes everything so much smoother and helps get over the initial annoyance and unfamiliarity. None of them are up to the quality and ease of a dedicated app, of course.

I drove a green 1976 AMC Gremlin, which is even more obsolete cuz the company no longer exists. 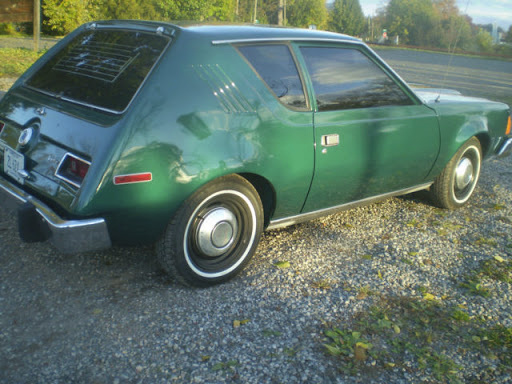 The ladies flocked to it. Not.

We now return to our regularly scheduled programming about boardgame vs wargame.

But of course, with dedicated apps, everyone has to have a copy (not that they don’t have to have TTS, but that’s one purchase for thousands of games) and frequently TTS mods are much much faster about including expansion content (if the apps even get around to it) and vanishingly few boardgame apps support fan-made content and it’s more work to add even if they do have mod support. Plus, the rules enforcement can be a bit draconian in terms of letting you undo fuckups. So, I like the dedicated apps in a few cases, mostly for solo play, but I’ve ended up defaulting to TTS most of the time. Spirit Island, for example - the app is nice, but it’s just the base game and I think the first two promo spirits right now, and I really gotta have Branch and Claw at least and preferably Jagged Earth. Which a very nicely scripted TTS mod has covered. Or Sentinels of the Multiverse. Very nice, complete these days, even finally put in Workshop support…but it’s way easier to play with friends on TTS and include e.g. The Cauldron or potentially other fan decks.

I am playing through Pandemic Season 2 Solo with 3 characters. I kind of liked P1 with a friend, but we only played 2 characters, and I wished for more choices during play.

I am in March now and already misplayed some stuff, build 3 resource stations is mandatory, duh. I like the exploration part of it, mapping out the territory, 70+ years after the breakout.

Why Pandemic? It is an easy system where I mostly do not have to be fully concentrated on. Also they spiced it up. Now the infection card stack has each city 3 times, quite a change of pace. Also, the resource management is similar to classic pandemic, but not exactly. It is more of a pickup-deliver system now.

I did not use the blue production cards until march, until I realized how to use them to my advantage… Overall, I like it.

Since those are Legacy games and Season 1 and 2 are on my play list, can you ensure that anything not immediately visible when opening the box (i.e. components or other rules / events hidden behind progress) are spoilered in posts?

I’ve been waiting forever to go through S1 and S2. We were going to start last year, but then Covid struck. So we can’t meet friends, and our daughter will no play Pandemic Legacy during a pandemic. Bit too close to home for her.

The boxes have been staring at me. :/

sure, I think in above post is nothing legacy related, good point! Go ahead and play Season 1, I think you will have a good time!

sure, I think in above post is nothing legacy related, good point! Go ahead and play Season 1, I think you will have a good time!

I’m curious about this too, because I want to play whatever makes Twilight Struggle obsolete :)

Just reporting back to @porousnapkin that Architects of the West Kingdom is a big hit!

Excellent! My favorite element of Shem Phillips solo games is the advanced actions deck. You take a card from the advanced deck which slightly specializes the AI and put it in their discard, face-up, so you can see how the AI is focusing. It’s such a simple way to mock out watching opponents in the game and trying to understand how their motivations are going to affect you.