If anyone is interested in CDMD Boardlandia has had it listed the last couple weeks for 79.99 so more reasonable then some of the other prices around. Full disclosure I’ve never bought from them but they are on the BoardGame Deals Reddit .

I’ve purchased from Boardlandia a few times and they’ve been great. They even emailed me once to let me know that a game I ordered had the tiniest of knicks on the corner of the box. They sent a picture and offered to get a new copy for me or knock $5 off the price.

OK, Tainted Grail, let’s do this.

After scouting around Youtube and reading a number of BGG threads on the game, I’ve come to the conclusion that there’s probably enjoyment to be had here…but not by attempting the game with the rules as written. Without spoiling things too badly, I looked at some playthrough videos that showed veteran youtube gamers that I’ve come to regard fairly highly just getting their asses kicked by this unruly beast of a game.

It was Paul Grogan’s “Best of” video from a few months ago that I found him talking about the game and mentioning that he and his partner were at the point of stopping in Chapter 2 when they decided to switch to “Story mode”, and suddenly had a much more enjoyable time…though he thought it left them overpowered in the game’s final chapters (at least in the Fall Of Avalon campaign.)

So what I think I’m going to do is start by using Story mode rules. I’ll play as two characters, but scale things like re-lighting menhirs and such for 1 player/character. And though I think that in theory the T-marker for wounds and energy is a neat idea, in practice it seems to induce an unrecoverable downward spiral for pretty much everyone. So…I’ll de-couple wounds and energy and track them as separate entities, where energy can be higher than the wounds level if you get rest and food.

I’m not bothered by any sort of online epeen gained or lost by playing story mode, frankly. :)

We’ll see how it goes. Life’s too short and there are too many good games to play down a dead-end at Tainted Grail a half-dozen times before I get lucky enough to advance past chapter 3 because the designers of this sprawling, messy thing couldn’t balance and test their design properly. I think there could be fun to be had here despite it, due to the worldbuilding, but we’ll see.

I don’t know much about SK by Robert E. Howard…

Boardgame aside, Howard’s Solomon Kane works are fantastic. I heartily recommend some of the audiobook versions, say The Savage Tales of Solomon Kane. They are more a collection of loosely connected adventures, rather than a long arc, but my word is Howard’s use of language amazing.

FWIW, we played through the entire thing 2 player and never adjusted the difficulty and thought it was pretty manageable throughout, shading on a bit too easy at certain points. I’m still a bit lost as to why people think it’s grindy or too tough. Not that this should dissuade you from playing however you think will best facilitate your enjoyment.

Not too tough, but the loop is pretty boring and tedious imho.

Get to a menhir, go round the menhir in a circle gathering resources and milking events for experience.

Move to next menhir.

Yep. That’s the main complaint I’ve been reading and hearing from reviewers. Not that the campaign itself is too tough. But that the required repeated grind for resources is tedious and the least interesting part of the game.

Bear in mind I complain alot!

I think it’s a combination of that loop and the game being very long that got to me.

There are other, imho more minor, issues, like the menhirs being physically fiddly, but those are forgiveable.

Now, on the plus side, I had 3 different playthroughs and the opening story beats varied in each one.

I made the mistake of leaning into the choose your own adventure aspect of it, largely ignoring the game mechanics until I was stuck in a resource death loop, at which point the game just gets incredibly frustrating (hence why people might opt for story mode, it’s not just that it is easier, it just flat out removes or largely mitigates some of the more annoying mechanics.)

Pay attention to your character, specifically their combat and diplomacy decks.

Take a note of which icons are predominant in those decks (e.g. courage)

Milk each location for experience.

Use that experience to level up your character so that they can link/chain together and actually use the cards in the deck, and also you can remove cards at level up, so build a deck that syncs with your character.

Each menhir has a core of locations, which roughly correspond to a food location, a diplomacy location, a magic location etc. Maximise your resources at each, so you’re slightly ahead of the game whenever you activate a menhir.

Milk these resources as much as possible before activating a menhir, because activating one usually means extinguishing another.

Choose which direction you want to travel from your start village, and mostly stick with it, harvesting resources as you go. In one of our playthroughs we went west, then doubled back east, then west again and then north. Don’t do that!

In out last playthrough we chose to go east and get to Camelot, and did all the above I have written, and it went quite well, but playing the game in 2 HR stints every Sunday and the game still being on the table after about 3 weekends…that’s why it got put away.

For the time out in, I could have gotten much more enjoyment out of Spirit Island, Champions of Hara, Valda (underrated and almost unheard of game) or even Mage Knight.

This is the thing: what required grind for resources? Yes, you need resources. But if you are exploring a lot and doing the storybook encounters, which are, you know, the focus of the game and full of unique story content, you get most of your resources from that. There aren’t a lot of repeatable sources of resources, and most of them are very low yield and thus poor uses of your time and energy unless you’re desperate. The only thing we ever needed to grind for to speak of was food, which…there are spots where you do a combat encounter and get some food. You do that maybe three or four times to stock up, and then you move on. Most of the time you can’t afford to sit around doing stuff like that any longer than that anyway. In my experience, anyway.

If exploring the contents of the storybook feels like grinding, it’s not a game that person should be playing. That’s the core activity, not a resource grind you endure to get to some other ostensible entertainment elsewhere in the design.

So not spoiling here but at the end of Chapter 3 and we had the option to give a person an item and we opted not to. Most of the entries expect us to have secret item 8 but we never found it. Apparently you find it in Ch2 but we did not. So we’ve been kind of circling around because we don’t want to go down what was an obvious dark path. That said I’ve heard the expansion campaign is way way better. Not sure if the game loop mechanics change at all, my guess is probably not.

Anyone tried The Initiative? I’m pretty intrigued–I haven’t purchased a board game in nearly a year and this one might have me making space on my shelf.

You have copies @Vesper ?

You have copies @Vesper ?

Sure do! Thinking of getting it for myself, in fact.

Is it a story game or is it just a game that can be played over and over again?

I haven’t gotten to play any of the new ones yet so I can’t give a verdict on them. Can say they definitely incorporated feedback on the original Fall of Avalon campaign when developing the other three. And I can confirm core mechanics haven’t changed much - I want to say there’s not even a rulebook for the new campaigns. or at least not the core three. (The Red Death is a sort of semi-sequel to any of the three intended to challenge experienced characters who completed one of the three main campaigns and is about half as long. I think it might have its own rulesheet or whatever. Not 100% on that.)

In the unlikely event that anyone in this thread who doesn’t read the grognard thread wants to play Here I Stand, Ed Beach’s modern classic about the reformation, we are looking for one more player.

Details around here in the grognard thread:

Is there any interest in a forum game of Here I Stand, Ed Beach’s modern classic on the Reformation? It would likely be a bit of a long term commitment for players, but Here I Stand is a cool game that is worth the time. We’d need six players. I think @Cuthbert is in, and of course I will play, so that leaves four to go. Any takers?

KDM is up for pre-orders. Nobody told me! 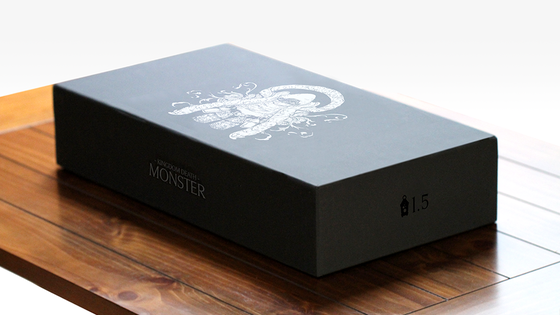 Anyone had experience with the ordering? Shipping to Germany is really cheap, and the game is 50$ off. Also Dollar to Euro is also great …

I ordered right away, it will ship in May 2021. This is like the white whale of boardgames. I am almost there, I can almost feel it in my hands.

But I can’t believe it, I fear, they will send an email, sorry too late or something. But the order went through on the website

It’s been up for preorders for like a year now 😂

There’s also about a -4000% chance it ships in May, but probably sometime in summer.

I backed that (KDM) originally on Kickstarter, I guess? I have this huge box and all this extra stuff to go with it. I went on a tear and dove head-first spending more than I should have, and I’ve barely opened the boxes to look at what I purchased. I was buying a lot of stuff back then carelessly (hi Star Citizen) and was this close to throwing it all out a month ago. Is there much of a secondary market for it?

So I think I’m gonna become a real boardgamer this weekend and buy my first set of Kallax shelves.

Anyone have experiences good or bad with them? Anything I should know?

Starting with one set of 4x3 squares, will likely buy another if these work out.

Is there much of a secondary market for it?

Do yourself a favor and check out what it’s going for on eBay or Geek Market. It’s possible you can entirely recoup your cost.

There are often some on Craigslist or Facebook Marketplace - might want to take a look before you buy new. Got mine as two sets of 5x5 (although one was with a TV section in the middle - and technically it’s the Expedit, which precedes Kallax) for like $120 or something.