Did anyone here try out War Chest?

I played it a couple times! It’s by the people who did Undaunted and from what I hear is very similar so that’s probably a good reference point (though I haven’t played Undaunted so not sure).

It’s pretty short, under an hour. It looks a lot like Chess but it isn’t as similar as it appears. Units have movement or attack abilities that are way simpler, more consistent and less dramatic than Chess. You draft units at the beginning of the game and which you get will have a really big impact on how the game plays out.

A lot of the strategy is deck-building / manipulation focused. Often what you want to do is create a set of tokens where you can activate the same character consistently every turn. Other times you’ll be running 2 or 3 aggressively. A lot of the strategy comes from counting what’s in your deck and discard as well as what’s in your opponents deck and discard so you can make decisions about where you’re likely to have power for the longest. Like: if you see all of your opponents left flank tokens in their discard, now’s a safe time to put yourself into a dangerous position on their left flank, setting up a strong attack next turn.

I played the game with a bunch of people and only a few of them liked it, unfortunately. Whether you like doing that card counting and drafting an army seems to be a big determiner in how well it goes over. I personally loved it because I’m a big fan of those mechanics.

Well, it was true in the past. Before a couple years ago, most KS projects hit retail- and it may have just been my FLGS, but it seemed like the bulk of KS projects that hit retail sold poorly (I figured anyone who wanted it got the KS).

But in the last few years, something shifted, especially the adventure stuff. They figured out they could charge full (or above) retail prices and offer value because they cut out the middle man. I mean, look at the content in the new version of Descent (retail $150 iirc) VS just about any minis dungeoncrawl thing on KS for the same price.

I haven’t tried it yet but there is an online implementation you could take a look at: https://warchestonline.com/

Thanks for sharing! Do you play with the Nobility expansion or only the base game? Btw, I just went through War Chest’s rulebook. The combat system is as deterministic as chess right with its only randomness coming from the coin draw? I think I’d like the combat system in its sister game Undaunted series even more but I’ll still give this a go.

Do you play with the Nobility expansion or only the base game? … The combat system is as deterministic as chess right with its only randomness coming from the coin draw?

I haven’t tried the Nobility expansion. Combat is deterministic and the draw is the only random element. However, it’s a bigger random element than it seems. You need to move next to a target to attack it and then you need to draw that token again to do the attack and hope your opponent doesn’t claim first-player and draw a counter attack. There’s plenty of ways to mitigate this, but overall there’s still a good bit of hang-on-to-your-seat with an attack.

Started a new game of Cities:Skylines (the boardgame) with all “extensions” like news, roles etc.
What I like about this city builder is that there is no fiddly upkeep when you place a new building. You do not need to remember that this building gives you a bonus for this and this building for that.

You get a building bonus when you build, and that’s it. Adjust your tracks for polltuion, happiness, energy and so on. Next turn. It has a bit of push your luck chosing the right moment to finish your milestone (out of 4). If you wait too long you could lose some hapinness points because of your different tracks.
If you finish too early you might miss some possible happiness points.

it is very relaxing after the tensions of Under Falling Skies.

I had no idea there was a Cities:Skylines boardgame. I’ll check it out.

Speaking of boardgames based on Paradox Interactive video games, though, did anyone know there’s a Stellaris boardgame in development? I just found out yesterday when I noticed it on the hot list on BGG. Apparently they’ve been talking about how they’re in the middle of playtesting and artwork, and the Kickstarter is going to start in the next few months… for over the last year. Anyway, heres the interesting info :

Design your own burgeoning, starfaring race from dozens of Trait Cards. Customize your population by choosing a Government Type, and Ethics Cards that influence how you interact with the galaxy. Any type of alien civilization you can imagine, you can play!
Lead your empire through fast-paced 2-hour games where each session progresses your empire through new ages so you can continue to expand your empire, advance your technology, face new challenges, tell new stories, and discover new game mechanics. Grow your empire through the eons over multiple games.

Time for a new empire? Abandon it and start a new one! The galaxy you play in can continue across an infinite number of games with stories that develop your unique galactic history. Even abandoned empires remain in the galaxy for new empires to encounter.

At any point new players can join the game. Difficulty auto-adjusts for empires in different eras with events and victory conditions that scale to accommodate empire levels.

Navigate through hundreds of stories told via Event Cards that merge together and spin off story intrigues and plotlines, weaving changes into the fabric of your empire, its traditions, and its goals. Event Cards offer you choices that may guide your empire’s destiny, lead them to great discoveries, or unleash unexpected challenges.

If it can deliver on that it will truly transcend its source material.

If you finish too early you might miss some possible happiness points.

that’s what she said honestly, nobody grabbed the low hanging fruits?

Yeah, it seems like it’s a tad on the ambitious side, which is what I was trying to subtly imply with my comment about their updates over a long period of time with nothing real to show. But, it would be really cool if they actually hit that mark.

CMON really fucked over Zombicide fans with their Night of the Living Dead game, which was a cheap untested cash-in. It’s basically a set of minis with a half-assed ruleset attached that’s almost impossible to lose because the scenario design makes no sense and the rules can’t be bothered to do any heavy lifting. It’s one of those ‘enh, here’s some stuff you can do to move pieces around, if you have any issues, whatevs, you figure it out…’ So that’s where I am with Zombicide.

That said, I like how the whole Black Plague/Green Horde set ended up.

Ultimately I can’t recommend Zombicide, not because I think it’s a bad game (at least, originally - I dropped off before the fantasy version, which, like…I already got plenty of fantasy coops thx) but because it’s a decent lightweight game with the price tag and shelf occupancy of one of those mega-campaign games with a zillion boxes. If it were, say, about the size and price of Zombies! (which is terrible, fwiw), it’d make way more sense.

That said, I like how the whole Black Plague/Green Horde set ended up.

So are you tempted by the new one? It has western stuff! The previews sound pretty positive, and as you know, people who make YouTube content based on prototype versions of kickstarter games with the intent of having their video featured on the campaign page are very critical.

If it were, say, about the size and price of Zombies! (which is terrible, fwiw), it’d make way more sense

I bought Zombies! one year when our game night happened to fall on Halloween. It is truly terrible, so our tastes must be aligned.

On the other hand, I’m getting a real strong vibe that by the time this campaign ends they are going to throw a big ol’ train mini into the game and I may not be able to resist.

You do get a lot of minis, if that is a selling point. 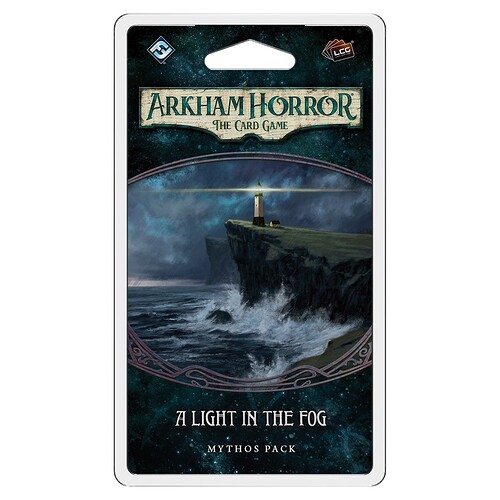 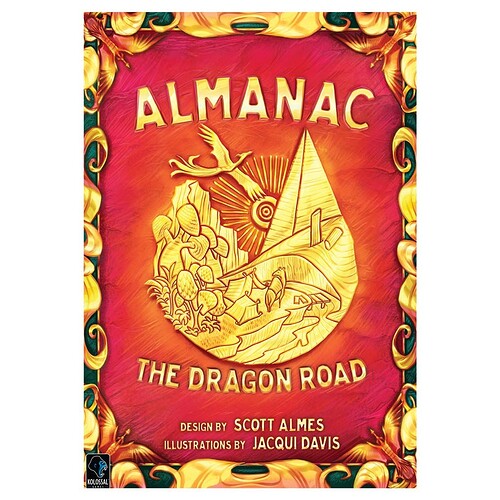 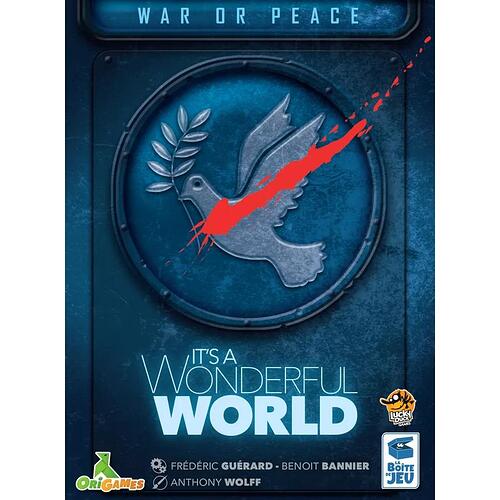 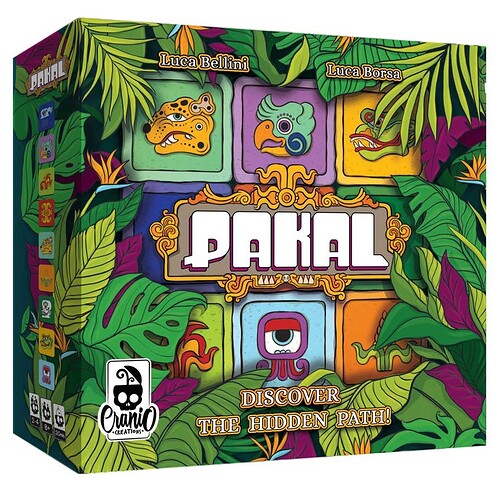 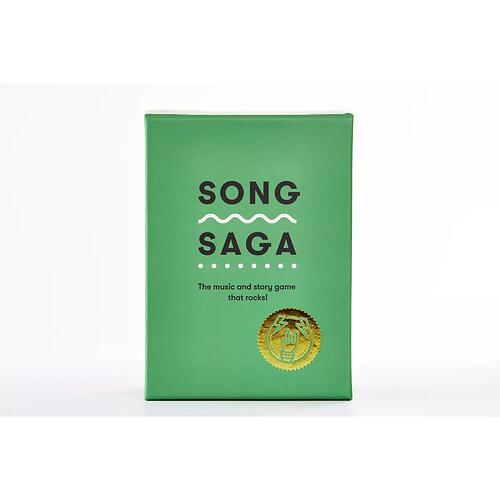 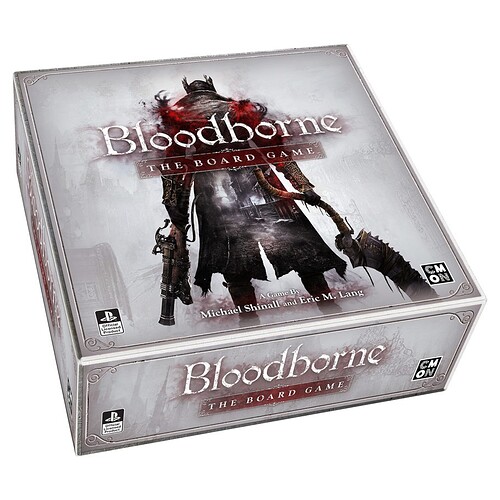 Bloodborne I have the full KS pledges if anyone is interested. (All In and Blood Moon)

This plus The Wulfsburg expansion are my favorite. I am partial to fantasy over modern though. I would never, and have never, paid their fully price, so I never Kickstarted any of them. A lot of the cost are sunk into the minis, which are nice but not incredibly special, and I just don’t care. I might’ve considered this if i wanted something western or didn’t have the others, but the games just don’t vary enough for me to want to pay that much for any of them.

Boy do I love to scale these games up with a lot of people at the table but… there are just better games out there for 100 bucks. Around 60 for the main games and 30 for the expansions.

I own 4 of them. I have no interest, at this point, for more.

Ok, so after reading around people seem pretty happy with the (slight) rules tweaks going on here, plus the western stuff looks cool to me, plus I’m not in a hurry to get it, plus all of the extra ks exclusive characters and stuff makes it seem like this is not a bad way to go.

Currently in for a dollar, I guess I have until the end of the pledge manager to talk myself out of it. I am getting better at that, though. There were several big campaigns that I excitedly backed at pm level in the 2nd half of 2020 that I ended up passing on when decision time came.

The KS exclusives don’t really amount to that much. Unless they’ve massively tweaked the design, characters are differentiated by a single skill like 3/4ths of the way into the progression and slightly different stats. I think you do tend to get a bunch of extra minis, but the flip side is that you pay full list price instead of the dramatic markdown it sees at online retail.

Cool, cool. Ok, pledge manager is still a couple months away but I’ll do some comparison shopping then. On the other hand, if they add a playable character based on Wynonna Earp I will not be held responsible for my spending decisions.