I seem to recall Car Wars was just a rules book and a bunch of graph paper. In which case, that’s a lot of graph paper in that box!

You forgot the counters, Tom. Bags of COUNTERS…

Thanks for the warning, Tom. I had forgot that I preordered this until I got the shipping notification two weeks ago. I figured I would sell it on arrival. Now I’m doubling down on that. Too bad Fedex has had it sitting in a facility in Kent Washington for over a week, now.

Thursday after visting the SPIEL in Essen: 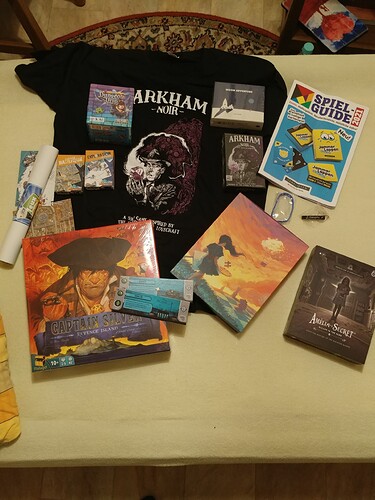 I’ve been enjoying the puzzle of Arkham Noir (I have the first chapter). Curious to hear what you think about it. If you haven’t played it before, @tomchick has 2 videos to helped me a lot: 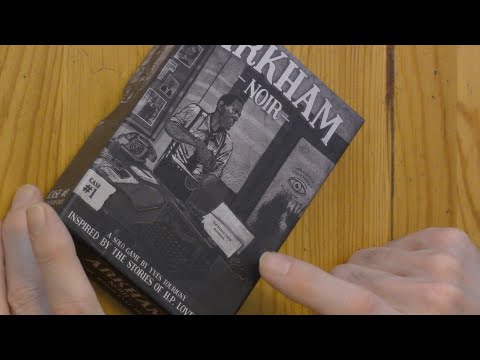 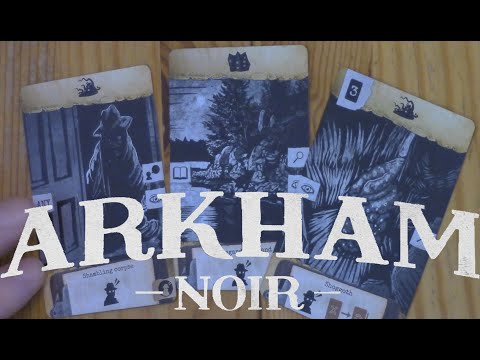 Is Captain Silver an expansion to Treasure Island? If so, I’m interested to hear what it adds.

The others are new to me. Nice haul!

I already have the first two parts of Arkham Noir. I’m also curious about this new one.
Captain Silver is indeed an expansion. There are two new modules, a whole new island and a better map for the base game (with the old one you couldn’t see very well what was drawn on it). It also tries to adjust the balancing a bit, as Silver really had a hard time winning the game (I didn’t mind. I saw myself rather as the game master when playing Silver, not as a competitor).
Amelia’s Secret is an augmented reality game. I don’t know how good it is but it was only 20€ and I liked what I saw.
Moon Adventure is an Oink Game. I would describe it as a coop variant of Deep Sea Adventure which I liked a lot as a filler game.
Dungeon Drop is different from everything I have. You drop cubes on the table which define your playing area. I played in in Essen together with the designer and it’s good light short fun.
The game between Silver and Amelia is Canvas. I don’t know if you’d say it’s a set collection game (I’m a bit fuzzy on the definitions) but it’s absolutely beautiful.
Then you see two promos for Under Falling Skies. They had a variation there, that I need at home;-): 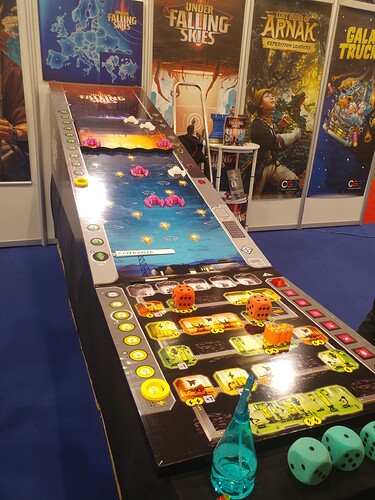 Thanks for the write up! That Under Falling Skies set up is great.

Our group tried Keyflower today and hated it. Nobody in the group remembered it that well, the rulebook is a study in bad translation, and Board Game Arena had a poor and confusing implementation with some wrong information (for example, telling us to “place a worker to activate this tile” on tiles that cannot be activated.) It was one of those bad gaming experience that caused the group to stop playing after 1 game instead of our customary Saturday 2-3 games.

Maybe it’s not the game b/c of our poor understanding but there are too many good games to waste time with that kind of crap IMO. I hated it.

As a counter-opinion, I think Keyflower is one of the best action placement games of the past decade, in a large part due to its innovation on the standard formula. That certainly comes with putting players outside their comfort zone for a few games, which will play very poorly if you have rules confusion and a bad online interface. I hope you have the opportunity to try it again without these problems at some point.

Bow down to your new king of Tokyo! 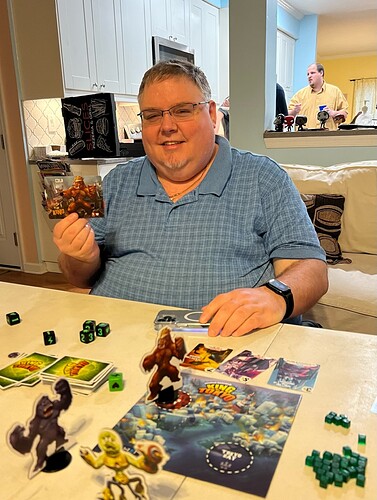 As a counter-opinion, I think Keyflower is one of the best action placement games of the past decade, in a large part due to its innovation on the standard formula.

I really like Keyflower, too, but I had the advantage of a teacher who really knew the game well. It’s got some fundamentally weird abstractions, but if you accept those, it’s a top shelf Euro.

I hate all three Key- games I’ve played. I don’t get the appeal of any of em

Getting into this hobby can be annoying. I read about a bunch of Deckbuilders to try (Dragonfire and expansions, Battle for Greyport, Renegade, etc). Most of them are ether out of print or impossible to get in Canada. They’re not that old too.

Plus with kickstarter in the mix, I get really confused when I see reviews for things that not in retail (Marvel United stuff). There’s no universal release list so lots of time you have to hunt for something that might suit your interest. I feel like I have taken Steam for granted for a long time lol. 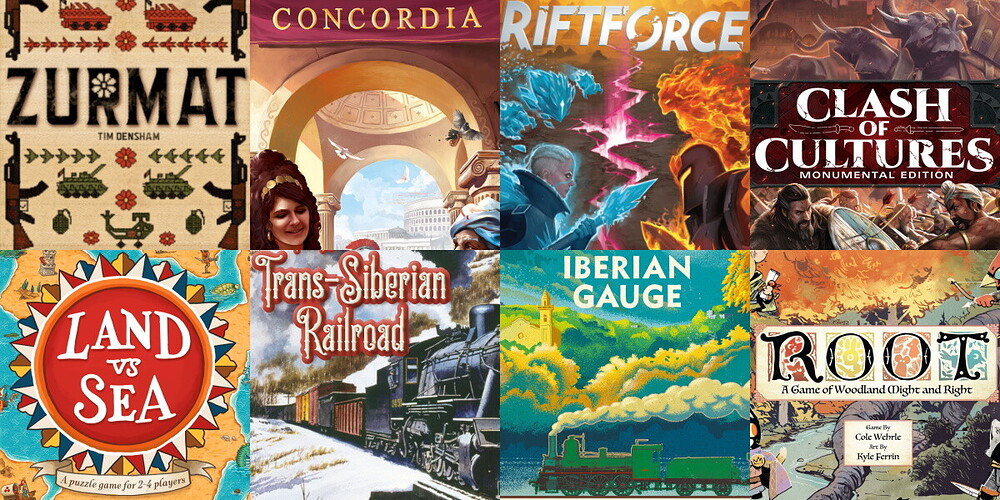 Pretty good week. Still not sure what to think of Zurmat. The Monumental Edition for Clash of Cultures is significantly smoother than the original. Had a train evening, and the two picks were more complementary than expected.

U know u want it 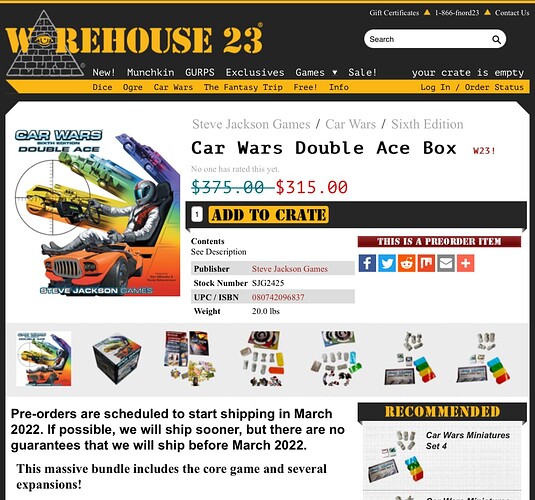 Whoa. That’s a bit more than twice what I paid in the kickstarter and I am already feeling some remorse about that. I really need to stop looking at Steve Jackson’s kickstarters.

I just checked back to see when the Designer’s Edition Ogre Kickstarter was. Looks like delivery was supposed to be around Nov 2012. I’ve had that for nine years and can’t remember playing it. The idea is always much better than the reality.

I’ve had that for nine years and can’t remember playing it. The idea is always much better than the reality.

I felt it was essentially this oversized puzzle piece of Orge in GIANT boardgame form, id rather play the lackluster pc version.

Car Wars on the other hand, looks like a well engineered streamlined slightly eurostyle edition of the classic car wars. Im very interested in checking it out!

Sounds good! I can always be talked into warring with teh carz.

I read about a bunch of Deckbuilders to try (Dragonfire and expansions, Battle for Greyport, Renegade, etc). Most of them are ether out of print or impossible to get in Canada. They’re not that old too.

Dragonfire shouldn’t be that hard to find. Here in the US, I just loaded up on the base game and first few expansions without much difficulty. That said, I don’t necessarily recommend it. It’s better than the Shadowfire themed game before it, but the character development is painfully slow. As far as deckbuilders go, you can do a lot better.

As for Renegade, that’s a tough call. It’s a fantastic game, but it’s very very very out of print and priced accordingly everywhere. A reprint is supposedly on the way, but I wouldn’t hold my breath.

@Hereafter, do you have any interest in historical theming? The Imperium games (Classic and Legends) are some of the most exciting developments I’ve seen in deckbuilding in a while:

And if you’re in it for solitaire play like me, I really like the solitaire bots David Turczi made for each individual nation’s deck. They do a great job of capturing the feel of how that nation/deck would work with a human player.