I’ve had Legends and Classics for a couple weeks now and I’m kind of obsessed with them. Haven’t played many deck builders in solo mode but so far this is my favorite.

One thing you really need to know, especially if you’re going to learn the game solo. The rulebook (which is exactly the same in both boxes) unfortunately contains a few errors. There is an official errata, but even if you ignore the rest of it this one bit is huge:

Make sure you come back and read that after you’ve read the rulebook.

The rest of it can be found here.

Looking forward to some Imperium talk once you’ve all got your copies.

and I’m kind of obsessed with them

that sounds great! Can’t wait … I guess I will read the manual online in advance.

Mine should be arriving today hopefully!

I wished Egypt would have been in the Classics box… oh well. 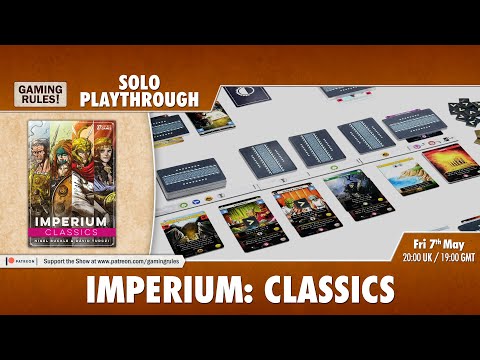 I follow Paul Grogan and his channel most of the time, but he already made a tutorial video 2 months ago…

Four thumbs up for Shem Phillips Shelfie Stacker. A light game that plays fast. Imagine combining Sagrada, Azul, and Tiny Towns together and you are on the right track.

That is exactly the kind of game I’m after. There’s no way to buy it right now, correct?

Just finished my first solo play, enjoyed it a lot! Definitely not your “classic deckbuilder” but contains enough elements of one for experienced players of the genre to pick it up quite quickly. My experience Race for the Galaxy helped there I feel.

I can’t see any online play available right now, but I’m up for a game somehow if anyone wants to play…

Played once as Rome against Carthage in Imperium: Classics.

As any new card game, to me, it feels overwhelming. It is hard to judge after one play which cards are better or which are useful when.

I lost 89:97 The bot got a lot of points when it converted resources into VP 1:1 And it had a lot of resources (bricks). Like 40+ Unfortunately, you can’t really prevent it. This happens in the second half when the bot is getting its better development cards, that don’t fall into any category, then the “other” option will do the 1:1 conversion.

I’ve almost finished my first game, as Rome vs Persia, on the easiest ‘Chieftain’ level. I think it’ll be done in a turn or two, and I’m half expecting a win since the AI is still in a Barbarian state, so maybe they won’t have that big resource VP boost you mention!

Either way it seemed a really nice game, and I was entertained. I love the way the AI works. After a while I got the flow down and it seemed pretty straight-forward. The main strategic thing I’m not sure on yet is when/what to use when doing garrisons.

As Rome, the nation guide in the rulebook recommended expanding and pushing for glory, so that’s what I did. Focused on getting regions, putting out three of them, then using the ‘glory’ card to abandon them to pick fame cards. Right now I have ‘King of Kings’ uncovered and ready to pick next, which triggers end-game.

Looking on BGG forums there seems to be some argument as to whether a ‘glory rush’ is a degenerate strategy in the multiplayer game.

Yeah the game seems a bit long for a deck/tableau builder. I feel my game will end quite early, since I’m not far into ‘Empire’ state, and it feels like enough.

It probably doesn’t matter, as long as you’re drawing them all off the deck, and not pulling them one by one.

And you often do know what the bot’s next cards are, since when it acquires from the (face-up) market, the cards get placed on the top of the bot deck! :)

I’m still upset by all the errata in the solo mode though. Second class citizen again in the play-testing department.

upset by all the errata

I did it wrong, the acquired cards by the bot, I put them in the discard pile, duh.

The big one is when the Bot flips an Unrest card, the card gets Returned rather than resolved as ‘other’ in the bot table. That change/fix will make Bots easier.

The other main one is when the Bot gains King of Kings. In the rulebook it says something like ‘you resolve the card’, now it gives the Bot progress.

A third but minor one is when resolving ties when Bot acquires or breaks through - now it counts the number of tokens on a card as a tie-breaker, before finally deciding to pick the lowest slot number.

Apart from that it’s changes to balance in Legends. The Qin Bot table has changed, and three cards have updated numbers or icons.

By contrast, the multi-player game errata only has one rule clarification, and an extra card-specific note added. :P (though I guess the three card changes probably affect multi as well in some way) 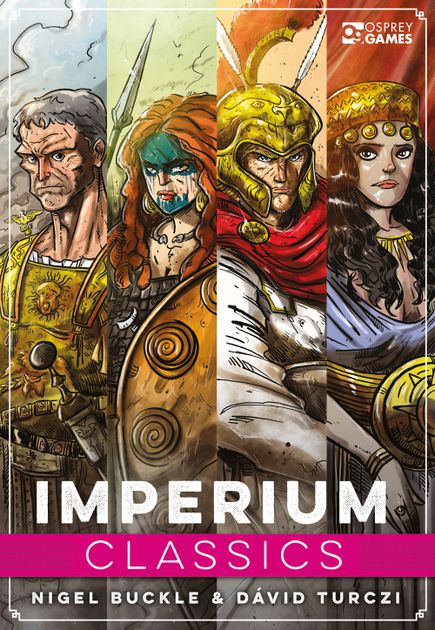 Tried Lacerda’s On Mars for the first time today, on TTS. The TTS mod is solid and the game has many interesting ideas but at the 4 hour mark, my brain just blew a fuse and I began drifting helplessly in time and space, a mental lemure wandering the void of quantum madness.

Once I recover I am going to try the game again, but wow, what a brain buster. It’s actually a pretty damn good design until the iterations of all the special buildings, scientists, special actions, etc. began to spawn logarithmic complexity, and then my poor brain…

It is a pain in the brain. Is it one of those good pains? I cannot say…

Tried Lacerda’s On Mars for the first time today, on TTS.

Were you playing solo? Does it play well solo?

It’s my least favorite Lacerda solo after Escape Plan. The bot in On Mars has a ton of rules and I spent so much of my first few games checking them and looking things up on BGG. It’s also possible for the bot to have very lengthy turns, which I also find annoying because I don’t want to spend a lot of time thinking about the bot. And finally there are too many vague “choose a direction” and/or “calculate whatever would screw you over the most and then do that” type directions.

Probably why they’re trying again with a new solo mode in the expansion. Just a shame that the other 3/4 of the expansion won’t work with the solo mode. :P

I don’t mind the existing solo, mostly I just find it poorly produced. It would be far better if it had proper play aids rather than making you pore over the rule book.

We played a 3 player game.

I thought I’d won my second game as Carthage v Rome on default difficulty but then realised I’d scored incorrectly, I hadn’t twigged that the maximum vp a card can earn is 10vp.

Tried again and got smashed by Rome. I have definitely been guilty of buying all the shiny things from the market rather than focussing on getting to Empire and my next game is going much quicker as a result of a change in strategy…

So what do you think of the cards. Are there combos possible? I was so occupied with the rules and icons, that I didn’t spent a lot of time about what I am doing or what I should be doing.

I think it is not bad to have some unrest cards garrisoned, there is more than enough time to get rid of them. When I played I tried never to aquire, always breakthrough, but now I think unrest is not the end of all. Also, I didn’t spent enough time looking for tributaries. I got one that increased my hand size+1. I think the tributaries are pretty good cards.

There are definitely combo’s available by using the exhaust abilities I found. As Carthage I got agriculture which allowed me to swap a wheat icon for 3 bag icons. I was getting 6 or 7 materials for a Prosperity card and then using them to acquire a card which had materials I had placed there and then exhausting my nation card to double the materials I received from the card.

Thinning your deck is as crucial as any deckbuilder I would say and I garrison cards far more than I used to in my first couple of plays, certainly things like Glory in the early stages along with unrest cards as well. I certainly don’t mind having an unrest or two if I have some Solstice cards which require a discard.