Kings must be an expansion. 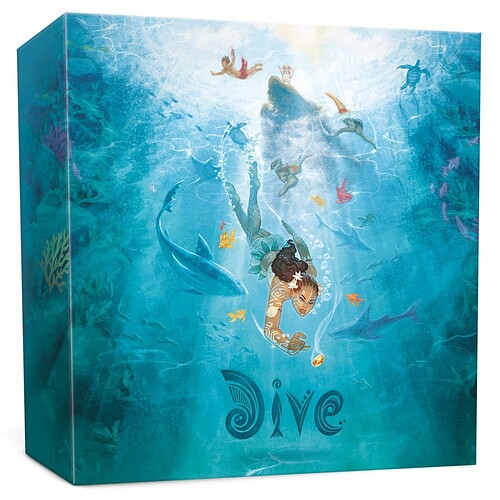 Replacing the Queen + equivalent for the other two alien types, I’m guessing. Pass, then.

Here’s pics if you are curious:
https://retail.us.asmodee.com/catalogue/alien-kings_3241/

Kings is just a new “Queen” model for when she gets pulled. Gorgeous sculpts, but no gameplay content.

I would recommend the Terrain expansion. Having 3D doors and Life-pods adds so much to readability of the board.

So have you guys seen that the new Descent is getting review bombed? For… reasons? BGG pisses me off sometimes. Really? You need to crusade against app-centric games by filling it with 1s?

So have you guys seen that the new Descent is getting review bombed? For… reasons? BGG pisses me off sometimes. Really?

Yikes, what ugly political issue has reared its head this time?

You need to crusade against app-centric games by filling it with 1s?

Okay, now that’s beyond the pale. Rating an app-centric game with a 1? Unconscionable. BGG really needs to give us the option to use 0s.

(Kidding, of course, but user reviews have never been anything but GIGO.)

It being app-centric is definitely not the part that turns me off the new Descent. it being close to $200 and bloated full of minis and 3D terrain while having almost nothing interesting to contribute to the genre either mechanically or thematically, on the other hand…

It being app-centric is definitely not the part that turns me off the new Descent. it being close to $200 and bloated full of minis and 3D terrain while having almost nothing interesting to contribute to the genre either mechanically or thematically, on the other hand…

Only $139.99 for discounters! But yeah, it’s more expensive than Twilight Imperium.

Like, here are three big expensive fantasy dungeon crawlers that for my money are doing way more innovative and interesting things and have either better or at least on-par settings to Terrinoth:

Speaking of dungeon crawlers, I just picked up Altar Quest (we got our kickstarters 8 months late. Blacklist Games is… not good). Going to give that a try this next week I hope.

Also regarding Gloomhaven. I like lots of things about it, I just wish it didn’t have the ‘cycle your options into oblivion so you have nothing to do when you get to the last room’ mechanic it uses.

That was basically my whole game as Rome vs Persia, allowing me to rush through pretty quick to the end… I finished my game off last night and ended up winning 72-55. This was the easiest ‘chieftain’ level mind you, where the bot only gets 3-4 cards each turn.

When I played I tried never to aquire, always breakthrough, but now I think unrest is not the end of all. Also, I didn’t spent enough time looking for tributaries. I got one that increased my hand size+1.

Yeah as Rome I only ever acquired, except for once at the start when I had no idea what I was doing. :)
Then I saw there were heaps of Unrest cards and they weren’t going down that fast since the Bot always returned them. And then I got Bread and Circuses, which lets you get rid of up to TWO unrest cards during Solstice every turn if you can arrange them right! (The negative being if makes you discard a card every turn regardless)

There are definitely combo’s available by using the exhaust abilities I found.

I only managed to get one exhaust ability, one that let me draw a card. I also got that hand size +1 card which really helped, given I was discarding up to two due to Solstice effects.

The cool thing about the cards I think is that they all seem similarly powered but different, so your power ramp is not based on cards that do the same thing, but better. Will be interesting to see if combos are a big thing and whether nations have multiple strategies, but I find the decisions you make each turn keep me interested. In the tiny sample of one game I played so far haha!.

Thinning your deck is as crucial as any deckbuilder

Thinning seems the central mechanic to progressing your civilization quickly by getting to shuffle more often so it’s super important. I love that garrison exists basically to allow every nation a generic way to easily do it. Along with putting cards in ‘history’ which seems the more solid method since I gather it’s harder (or impossible?) to get cards back out of there. Whereas you or your opponents can screw with your garrisoning cards.

I rarely used exhaust, because I did not have that great of cards played, or I didn’t want to spend an action. 3 actions are really tight. I had a 7 cards hand, so always wanted to play something.
There is a card that gives you 1 more action, but it came out late. Or is ist a fame card? Don’t remember.

The free action cards are really useful. In my next game I will have a better sense what to do and to actually play the game…

Exhaust doesn’t cost an action though (beyond the cost of getting it to the table), it costs the exhaust tokens, of which you get 5 each turn.
So they are really awesome to have I’d think.

Are you sure it does not cause an action??? That would be a really game changer…

edit: checked the rulebook. Fuuuuuuu… You are right. I thought the exhaust tokens were mainly used not to trigger something twice. Ugh. I know what I am going to do next play again!!

Yep, actions let you play a card from your hand to play area. Exhaust lets you use cards that are already in your tableau.

another rule I misplayed. After promoting the carthage bot to an empire I still used the barbarian bot table. Grrr. Let this be a warning to all solo players ;)

The carthage empire table is actually pretty mean, giving you unrest, making you abandon regions… This will make the game more interactive.

I actually played one or two of my barbarian cards after reaching empire, before realising it wasn’t allowed, so it works the other way too! :D