I have once more returned to the island in 7th Continent:

I think I know how to beat it now and where to go. And I actually think I did pretty well. I didn’t use the extra life until I was deep into searching the island to figure out what I’d missed. I’ll make another run at it this weekend and post in the 2022 boardgaming thread.

And once more I’ve been defeated. I knew where to find one of the goddess’s eyes, but didn’t know (though I should have guessed) that I needed both. I was able to backtrack and find out where to get the second one, but didn’t have the stamina to complete the curse after that and don’t have it in me to make another 4-5 hour run right now. I might move on to another curse, or go back to creative murder in Hitman 3 for awhile.

Yeah. I know where to get both eyes (or, at least, I did, I’m sure I’ve forgotten by now), but I’ve never made it. Never even gotten particularly close! I didn’t quite have the energy to get it out during this past week, when I wasn’t working, so I don’t know when I’ll get around to it again.

I probably won’t beat it before 7th Continent shows up! Should be just another… (checks watch)… 5-6 months!

What’s the first boardgame you guys played in 2022? I don’t have an answer yet, but I’ll post here when I do.

If we’re counting playing live online online with friends (and I’m going to, as that’s the only way I get to play boardgames at the moment), mine was Feast for Odin.

My kids got a copy of Throw Throw Burrito for Christmas, which is pretty fun and they’re really enjoying, and I got a copy of Merchants and Marauders which I haven’t had a chance to play yet but seems interesting from what I’ve read in the rule book.

My attempt last year was kind of aborted but this time it’s going better, as I took on board the rather big advice of following quest lines rather than trying to explore everything in a region/map, which is my natural tendency.

One thing I’ve noticed that I’m not sold on, is the game presents options to tackle situations but seems to want you to pick combat, as that awards XP whereas completing challenges instead does not seem to (yes, I had a sneaky peek at a couple early options to better get an idea of how it functioned!).

I played a game of Railways of the World on BGA last night with a bunch of folks from my usual Tuesday night group. The last few weeks we’ve moved back to playing online with the pandemic surging. At least I got a couple Hexplore It games in in-person before it all went to hell again, sigh.

RotW was only added to BGA in the last week or so. It’s a pretty solid port, lots of maps and options. This was our second game, and the second one I was absolutely trounced at.

Parks - a beautifully made boardgame about uh… gathering personal wonder so you can get the most out of your national parks experience?

Then after that uplifting family time, I went online to crush friends in Beyond the Sun on BGA.

On qt3 discord, I’m in Beyond the Sun, Lisboa, Hansa Teutonica, Gaia Project, and Dune: Imperium. Basically board game heaven as 2022 begins.

Had New Year’s Day gaming with a few friends. We played Roll for the Galaxy with the customizable dice expansion, Lord of the Rings (the old Knizia co-op) with the Sauron expansion (that makes it not co-op), Tribune (new edition), Race for the Galaxy (with Xeno Invasion), and Quest for El Dorado.

The family and I played Mountains of Madness. I got it as a Christmas gift. We played 2 games. Colossally lost the first one and squeaked by with a draw on the second. It was pretty funny. You really need players willing to go all in with the madness stuff. 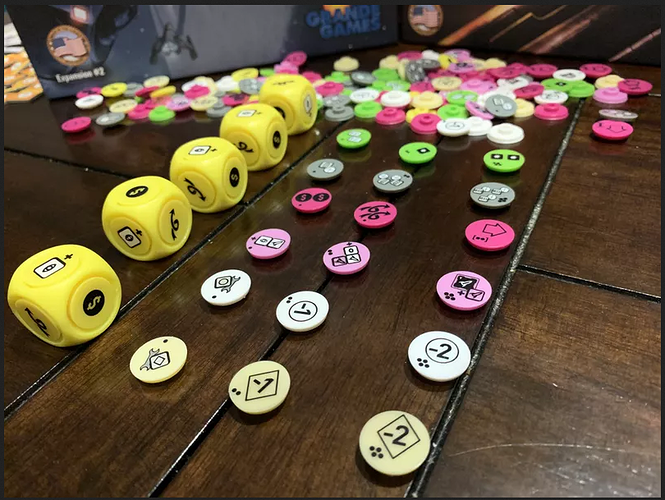 If only they had been told that cards have been invented!

We’ve played so many in 2 days, it’s quite crazy. I’ve got all my kids at home for the first time since COVID started. My wife and I have been making the most of it. The first 3 games we played in quick succession on the 1st were:

But, since then, there have been a few more: 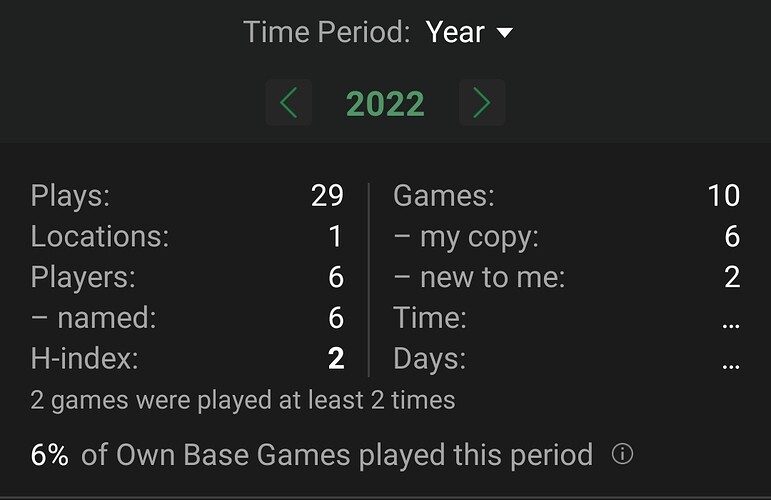 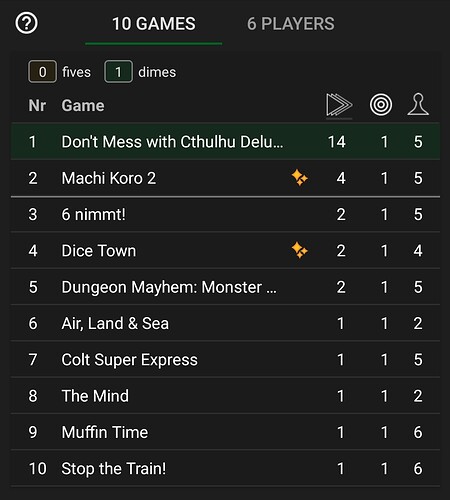 Don’t Mess with Cthulhu is a hoot with the family. They can’t get enough of it.

It’s been a great weekend for family time and boardgaming.

The family and I played Mountains of Madness. I got it as a Christmas gift. We played 2 games. Colossally lost the first one and squeaked by with a draw on the second. It was pretty funny

I’ve been curious about that one. Glad to hear it went down well. If anyone in my gaming group had a copy, I’d happily play it.

That’s one of my gotos when I want to introduce something to deck building, or just want to enjoy a race with my wife or daughter. It’s such a simple design, but great fun to plan your deck and how to hinder the other player(s) during a race. I like it a lot.

I played Cartographers yesterday solo, as the rest of the family got all COVID-y on me. It’s really just fancy Tetris.

I don’t yet have a first boardgame of 2022, but since my RPG group feel through, the last boardgame I played in 2021 was The Office Trivia. Sadly, my Tom Chick expertise never came in handy.

I have a whole closet shelf full of unopened games I plan to try. I need to make some more friends!

If only they had been told that cards have been invented!

That’s one of my gotos

Oh, yeah El Dorado is the bomb. We had a weirdly degenerate game where people were trashing cards like crazy. At one point one player had only four cards in their deck – and none of them were starting cards. We were playing the Golden Temples expansion, maybe that contributed.

Have other folks tried these?