How is the solo campaign? I watched rahdo played solo sandbox mode, and that looked good enough for my solo needs…

No idea! I thought the solo campaign was rumored for the expansion, didn’t know it was out already.

It is on the Kosmos site as download (in German), and there is a translated pdf on bgg. Currently reading it…

I just played another game of Final Girl, this time with Asami in Creech Manor. I saved four victims and activated her power which would’ve come in handy for searching items and finding Carolyn. Unfortunately, before I had a chance to search for any items, the Poltergeist caught up with me and killed me right outside the front door.

Kinda seems like the Poltergeist shouldn’t be allowed to leave the house. I searched for a rule supporting this idea to hopefully keep a good game going but didn’t find it. Oh, well. Asami’s dead.

Man, this is insane: 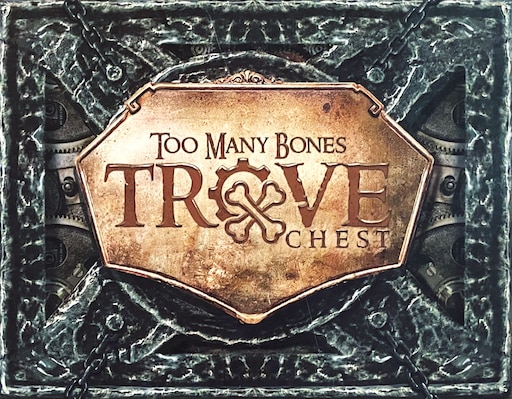 Someone went to the trouble of, in addition to making the cleanest, most comprehensive, most heavily scripted Tabletop Simulator version of Too Many Bones I’ve seen, actually virtually implementing the Trove Chest. You in no way need to interact with it, there’s setup scripting etc. But you can also click open the drawers, remove the 3d modelled trays, and pull components out of them (they’re actually TTS bags, of course). Nuts.

My group tried Anno 1800 on TTS but had some issues with balance. We are interested in trying the expansion as the announced features seem to address some of our concerns.

Anno 1800 on TTS but had some issues with balance 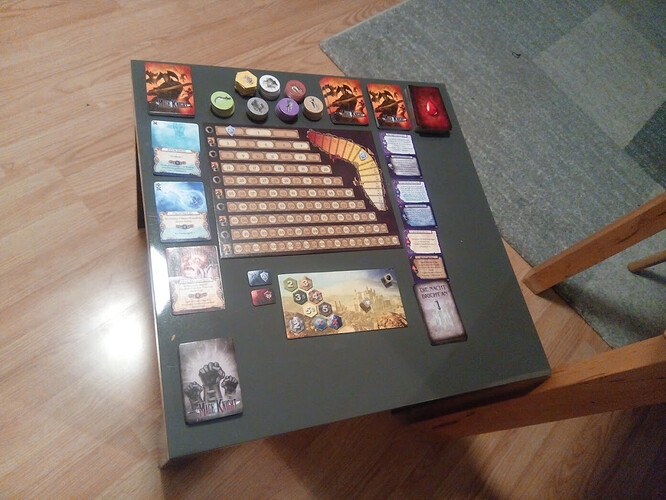 It is happening, learning to play Mage Knight (again) 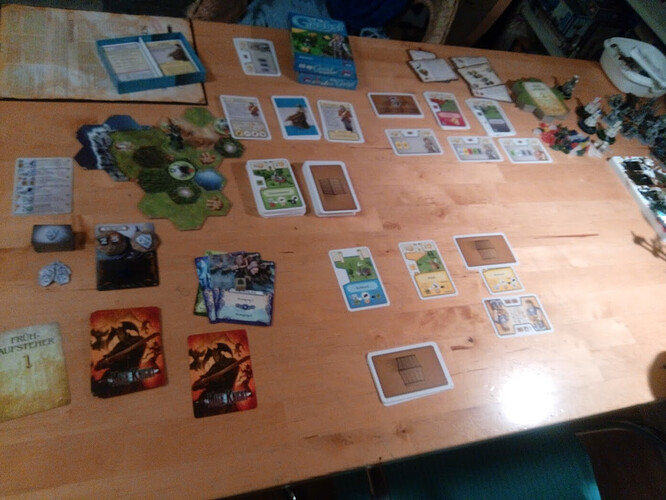 however, another game invaded my Mage Knight game ;) Maybe I can try to squeeze in a third game into it… and then pop the stack twice. I even re-painted the horrible MK minis, well 1 castle and 1 hero.

I played another round of Final Girl last night and realized a few setup and rules errors I’d been making in my first few games. I rescued 5 victims and 7 got killed. Then I drew the UNSTOPPABLE EVIL Terror card which has the Poltergeist teleport to you and then attack with its current damage value which was 4. I had no defense cards in my hand, so… ouch. Dead.

I’m really enjoying the game and would love to add and remove some selections I made when backing the Final Girl kickstarter last week. Does anyone know if there’s a way to add/remove items from an existing order? Or do I have to pay the $20 ‘a la carte’ fee again to make additions?

You haven’t been charged for anything until the KS closes. Until then you can swap around your pledge however you like.

And that’s not a fee. you get a feature film box of your choice at that pledge and can add more as addons.

Ah, okay, great! Thanks for the info. I guess I misunderstood what they meant by ‘a la carte’.

I’m off to see about canceling that playmat and maybe adding some more film sets!

EDIT: And done! I went all in on the 3 remaining season 1 FF sets I didn’t have plus all 5 FF sets for season 2. I also went for the S1 and S2 miniatures.

So this is how kickstarter works, huh? Commence waiting.

Heads up that you should double check the season 2 pledge levels if you didn’t. There are bundles that knock a meaningful amount of dollars off buying it all as separate addons - in particular, the “all the season 2 feature films” tier is $90 versus $100 separately. I don’t remember if there’s one that’s those plus the minis or if you’d be looking at other stuff bundled in beyond that. Doing all in would be even cheaper but if you already own part of S1 not so much cheaper as to be worth getting redundant copies.

Yeah, thanks again! I went with the S2 feature film sets bundle plus add-ons for the rest.

I wanted Camp Happy Trails and Frightmare on Maple Lane from S1 because I love the movies… then I added Slaughter in the Grove just to complete the season but I’m not sure I’m into that theme. (What movie is it? The Serpent and the Rainbow? That would be cool.) I’m also not sure I want the fairytale set from season 2… but if I’m getting four, I might as well get the whole season.

I looked at the storage boxes and quickly decided against them. I love the VCR artwork but those are bigger than I need.

Starting out with Creech Manor was intimidating and it took longer to learn, but at least now I’m no longer scared of any advanced rule variations. The Thing box looks pretty cool! But I guess kickstarter means waiting so that’s what we’ll have to do. [checks calendar]

So I played my first Anno 1800 solo game. The solo game (not the solo campaign), is OK to learn the rules and industries and the limitations of what you can do and can’t do (limited space for industry tiles).

I came away with, that this is a racing game with shifting (personal) goal posts. You can more or less decide when/if to shift the goal post further down the line.

I played some rules wrong in the solo mode for when to get gold, so I had too much gold and I could finish the game before the timer ran out. I think I need to do it again… I also forgot the option to create new workers by paying recources, I mostly upgraded the existing workers, so I did not had to take new cards for creating workers.

So our 2nd game of In Too Deep was way faster. Game when to the new player by 2 points. It had been a while since I had played and forgot to move tokens over from the bonus locker so that might have swayed things in my favor but the other player went in too deep and didn’t lose any vps to squeak out the win. Even so really enjoying the game. I am curious if the criminal powers are get more use with more experienced plays. With only 2 actions using some of the powers just never seem worth the effort.

I was searching the forum for the old Quarterlies threads (surprisingly difficult) and ran across a Top 5 board games of the last 5 years thread. And it was posted 5 years ago, in 2017, sooo… Do we need a follow-up?

Granted, 2017 to 2022 is a pretty unconventional span to measure, but consider this: A search of that thread shows no instances of the word “Kickstarter/ed.” Gloomhaven (for better and worse probably the prototypical game of the period) was owned by a few thousand people at the time–the second wide-release Kickstarter was 2017. So I think there’s a very strong argument that five years ago was a quite important transition moment in the board game market and board gamer tastes. Hmm.

Hmm. I feel like you’re right- there has been a few big shifts in the boardgaming world in the last five years, and the prevalence of crowdfunded games is definitely one of them.

That said, your post made me think of Tom’s truism here of ‘good boardgame design was invented in 2008’ or somesuch hogwash. El Grande hit BGA in the last few days, and we fired up a game of it tonight. I originally bought my copy in 1998 or so, and goddamn does that game hold up today. So, so good.

And you know what, rereading that thread you linked (it’s only a hundred or so posts), and man, it just reminded me that the last two years of this pandemic have been terrible for boardgaming, not being able to get together in person. So while my collection has steadily grown, not much has actually gotten played, especially with friends. We do play on boardgamearena.com every Tuesday night, with a Discord server running voice chat, but the games we play on there aren’t the same as the ones we play in person. So a 5-year retrospective is kind of hard, since 2/5ths of that has been difficult.