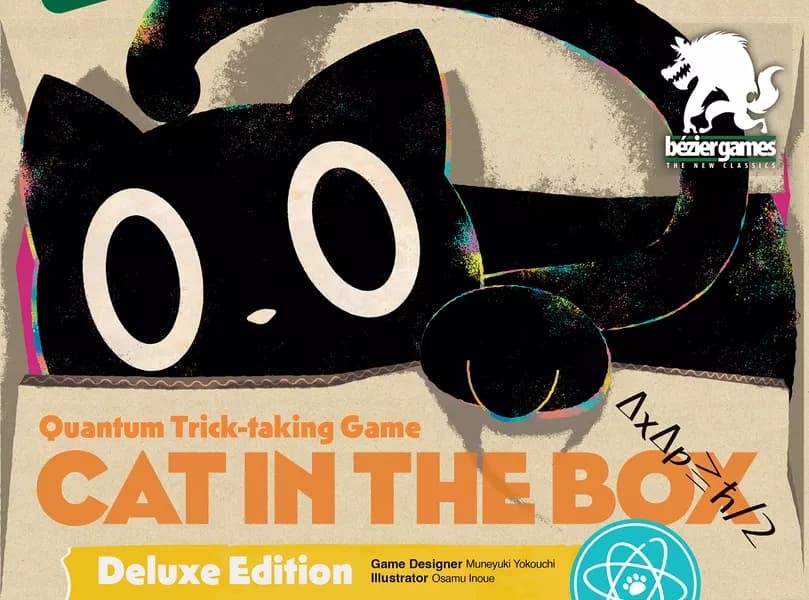 I have a bunch of heroscape stuff! Should I get off my butt and sell it??

I love this thematic post-apocalyptic worker placement and resource management game so much.

With 4 players, 3 having to be taught the rules, the game took over 3 hours. But it was a great time. Resource scarcity really hits you at a full table.

I’ll never turn down an opportunity to play that game. I don’t think it gets enough attention.

Loot from yesterday’s tour to Essen: 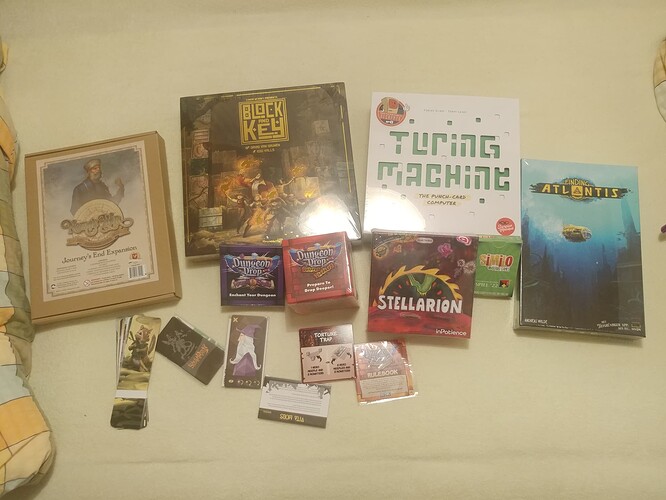 Oooh, is that a new Omniverse game?!

Yes! The Oniverse games are now published by InPatience. It’s Torbey’s own company as far as I know

My family and I tried Wingspan the other night. An interesting game that was pretty easy to learn to play thanks to coming with a nice set of tutorial mats that literally walk you through an example game. The downside is that although the mechanics for playing were fairly easy to pick up, the victory conditions are mutable and tough to figure out. My daughter and I were pretty into the game while my wife and mother-in-law got frustrated after an hour or so.

We then moved on to Psychic Pizza Deliverers go to the Ghost Town, which despite its long name is a very simple game. It’s effectively Battleship with up to four players, and is a game that relies on spatial reasoning and problem-solving… which pretty much describes my bag, man. This was a fun one for everyone.

And just yesterday I got my copy of Hand-to-Hand Wombat, a recent Kickstarter from the Exploding Kittens guys. Stupidly simple rules and it sounds like a lot of party-game fun.

Nice to hear an endorsement on Psychic Pizza Deliverers go to the Ghost Town! I backed that one on a whim and haven’t had a chance to try it out yet. I’m excited to play it.

Looks like the Undaunted legacy game turned out great: 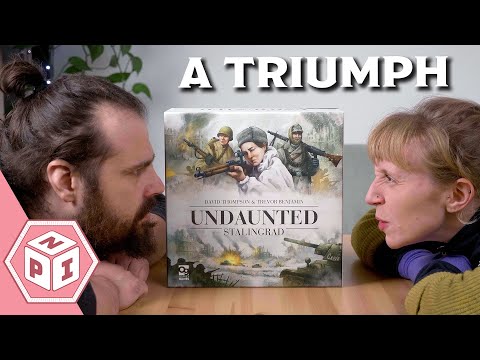 Very excited about this, although to be honest I still haven’t finished my campaign of the original Undaunted, so I’m not sure I need it.

I love this system so much, but the theme makes it impossible to get to the table so I’ve primarily been playing the solo mode in Reinforcements. Understandably, that doesn’t look like an option for Stalingrad with the hidden scenario books.

Still, the campaign style makes so much sense for this game, and should add some strategic decision making to a very tactical game.

Anyone here played Aquatica? Saw a copy at my FLGS and it piqued my curiosity. I’ve watched a video or two and listened back to descriptions of it on So Very Wrong About Games episodes. The latter said a session tends to end very quickly (which is appealing to me!), but maybe too quickly. If anyone has impressions or can tell me if the advanced goals (I think the base game comes with something like that) let you dial in the game length, I’d love to hear more before I buy it out of pure curiosity!

I am planning gaming sessions with friends, where we watch a movie and play a related game afterwards.

I have games for Jaws, The Shining, Name of the Rose, Pirates of the Carribean 2 (Feed the Kraken)

I am looking for games to be played after the movie War Games. I found one, Ataris Missile Command. Are there any other games to use? Twilight Struggle is a bit too heavy and only 2 player.