Re: Near and Far
I don’t know if this helps, but I don’t feel like you need to play it like a campaign at all. You can just jump onto a random map and have fun. There’s a few carry-over things you miss…

I’ve played random maps with friends and it works fine. Some players may be returning on a later map and get to tell the other players context about a story beat. Some are new and just get to enjoy that episode’s story. It doesn’t feel like a campaign game the way a Legacy game does at all.

Probably it is I who is confused! There are definitely two coop scenarios, but it’s possible you can play the whole campaign coop. I haven’t even played yet, so I’m no expert!

It’s also impossible to get. Only 3 market listings on BGG, starting at 85 euros and shipped from Britain/Italy, or $300 on Amazon.

I have a copy at my store if anyone wants it shipped.

How much is it? And also I am a Canadian so do you ship cross border?

No! Send it to me! You don’t want something so important falling into the hands of filthy Canadians, do you? 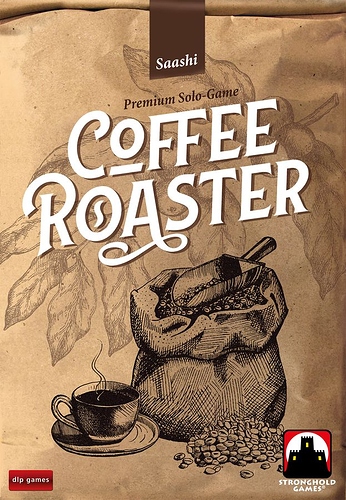 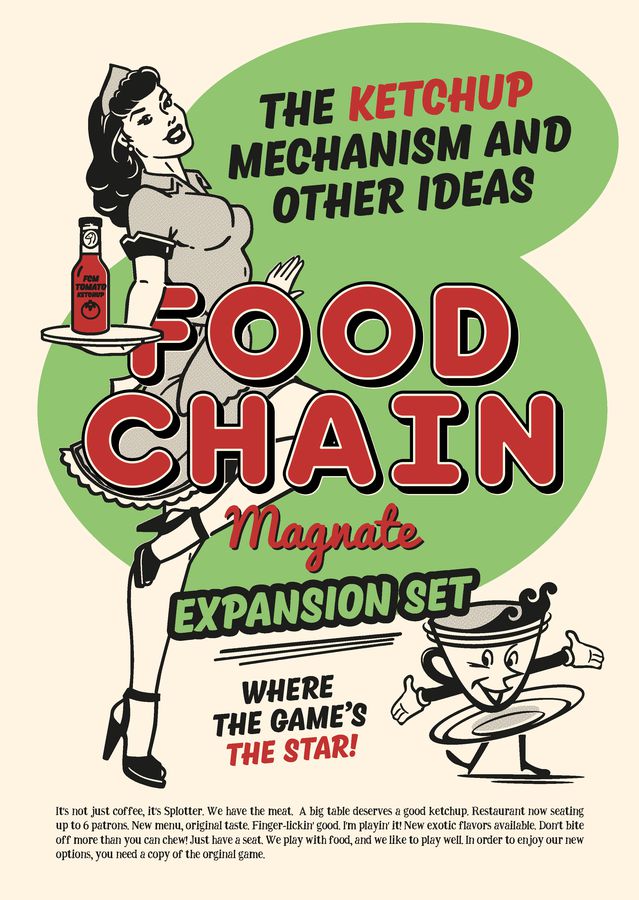 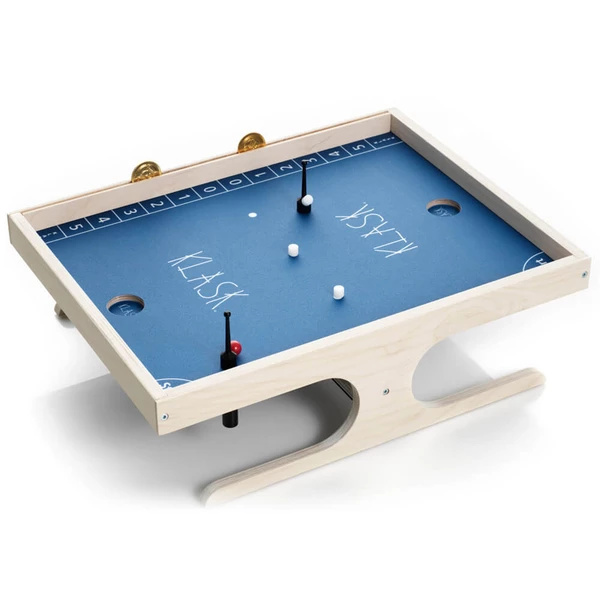 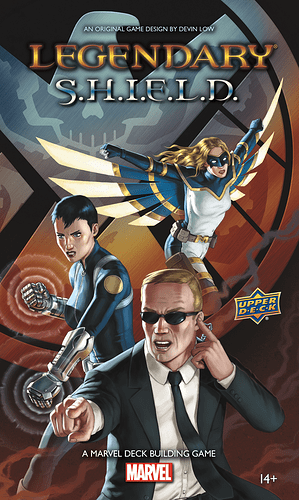 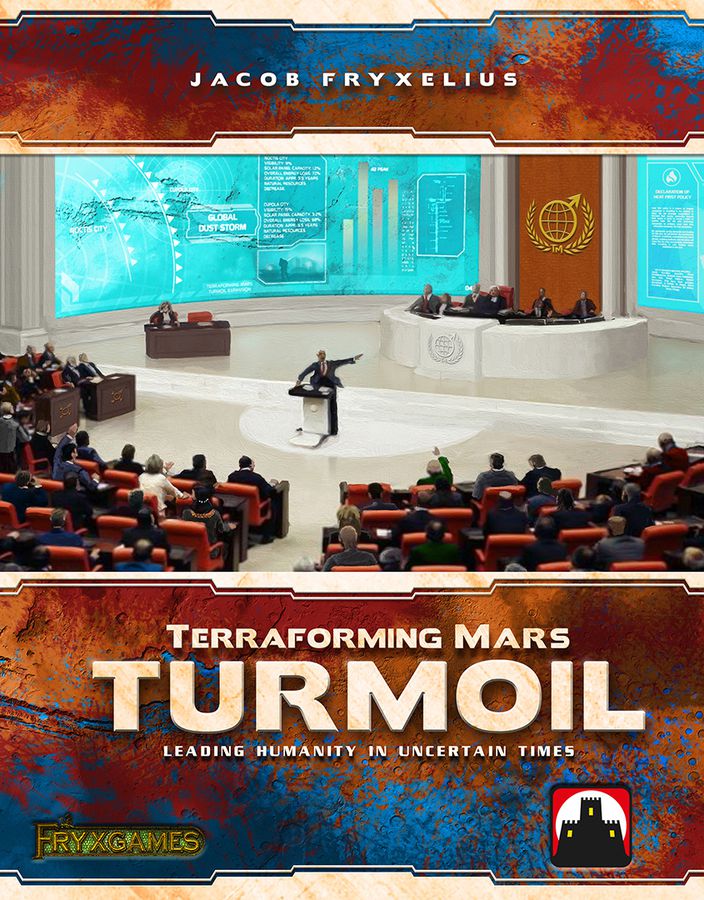 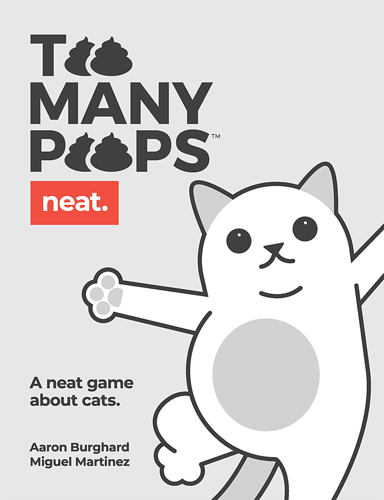 Turmoil is Kickstarter edition we just got in. And thanks for the Klask picture I stole from this thread :)

This game needed to take a cue from Big Trouble in Little China.

What?! There is a Big Trouble in Little China board game? How does it play? If it can recreate the silly goofy action of the movie I would be very interested.

I should warn you that Big Trouble publisher Everything Epic is a junk publisher. I bought one of their games and discovered something so poorly designed, developed, and supported that I did something I’ve never done: asked the retailer for a refund.

Thanks for the heads up.

I didnt know that about the publisher. I actually enjoed the game quite a bit! you can see some of my thoughts on the first post on the thread. :)

Got Unearth for Christmas and played it tonight for the first time. A bit more complex than we usually play as a family, but once we got going, it plays quite fast and everyone had fun with it. Grabbing the expansion.

This game needed to take a cue from Big Trouble in Little China.

What?! There is a Big Trouble in Little China board game? How does it play? If it can recreate the silly goofy action of the movie I would be very interested.

I’ve not played it myself, but seen it in action at my local club. It’s a 3hr “thematic” game that swings wildly all over the place, and people were more “desperate to stop” than “praising it” in my post-game interrogations :). I definitely had no interest in playing it after I heard what they had to say!

Setting aside any other issues, a 3-hr games isn’t something I would be able to play very often.

A buddy who boardgames picked up Klask over the holidays and it has been a huge hit.

SUSD posted a review of Klask that nearly four my daughter and I to buy it there and then.

Oh geez, +1 sale! I disregarded dexterity games for years. In the same way that I regard McDonald’s & Burger King products as not really edible I thought of dexterity games as not valid games. Then I played Ascending Empires and discovered the crazy fun I had been missing.

I still will not eat those edible food like objects from the junk-food-merchants but my gaming cupboard is well stocked with dexterity games. Catacombs, Flip Ships, Junk Art, Seal Team Flix. Love em all.

Humanity has been at each other's throats since time immemorial. Now in another galaxy humans wage war amongst themselves again but this time with the aid of alien technology found on other planets. Ascending Empires offers a nice mixture of building...

"It was an ambush. That’s the only way to describe it. The mother ship appeared out of nowhere, creating a massive shadow over the city. Within seconds, wave after wave of fighters poured out of it, filling the sky." "We're launching the ships we...

Oh hellz there is a Klask 4 aswell . . . . now imaging a session playing Space Team and Klask.

KLASK 4 features the gameplay of KLASK, but within a round playing area with four goals so that four players can compete at the same time.

I still will not eat those edible food like objects from the junk-food-merchants but my gaming cupboard is well stocked with dexterity games.

I can dig it. I keep wanting to make a scaled-up Catacombs or AE table, like a shuffleboard table (and using that-sized pucks), but have nowhere to put it. Or, barring that, a nicer/more permanent board for AE- that thing is the worst.

I keep wanting to make a scaled-up Catacombs or AE table, like a shuffleboard table (and using that-sized pucks), but have nowhere to put it.

On one of my Essen trips (I have attended twice) there were giantized copies of Flick em Up available to play and also available to buy for 200 EUR. I ended up buying 4-5 other games but still experiencing a bit of non-buyers remorse at having passed on the completely impractical but ooh just look at that awesomeness of the scaled up version

Any opinions on Mystery House: Adventure in a Box ? Looks like Unlock with an elaborate 3D cardboard house you pull numbered cards out of and an app gives you story and puzzles. 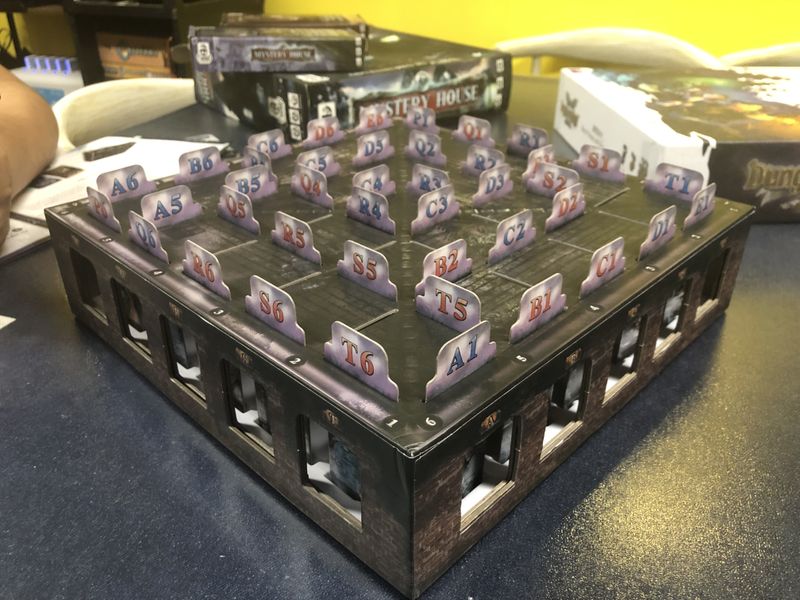 Tried the first of two scenarios of this last week.

It’s not great. It’s not bad. I hesitate to even call it good. I guess it’s “pretty ok”?

First off, the first scenario really only has 4 actual puzzles in the whole thing. For all but one of them, it’s not too hard to figure out what you need to do. The trick is that it’s a scavenger hunt to find all the pieces of information you need in order to solve the puzzle you quickly figured out the gist to.

So with the scavenger hunt, you’re peering into the box for any of the card facings you can see to contain the pieces you need. I guess I’ve been spoiled by the Exit series, because I was expecting some clever “Whoah” moments from all the things they could have done with this 3D setup. And they don’t really do anything with it. There was not a single thing that couldn’t have been done just laying the cards flat out on the table like an Exit or Unlock game. The only thing the 3D setup did was strain your eyes peering inside, being told “you can’t reach that” for countless clues you could see but couldn’t “reach” until you removed more doors, and blind your fellow players with flashlights trying to see inside (I highly recommend seating everyone on one side and just turning it as needed).

It was an okay way to pass 1-2 hours, but I don’t think I would recommend paying $40 for it. The only situation I could see buying it is if money wasn’t an object (and you don’t mind it taking up space after), or as a gift for kids who are into escape rooms. The kids would be impressed by the 3D setup, regardless of how much of a pointless gimmick it is.

I do not endorse this necessarily, but you can play Klask 4 with 2 players , one controlling two strikers. Whatever you do, do not do the free for all 4 player, always do teams.

Someone else make the Boardgaming in 2020 thread. :)