Does it have to go to 6 players? Going up to 4 to 5 players will open a lot more choices.

Hoping to play kingdomino/queendomino this week. With both, it supports 6.

I’ve seen card sushi in this thread I think.

I think I’ve played it too.

Also check Codenames, though that does not scale down to 2 unless you get Codenames Duet

Love Letter, or one of the themed variants.

Played or once, at a German family gathering, when I didn’t speak much German.

And I still enjoyed it.

You pick a card and pass the deck right. And try to assemble ingredients for your sushi.

Even the omas were enjoying it.

Yup, thats the one. 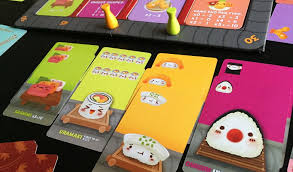 As mentioned, Codenames would probably fit the bill. It can have a bit of downtime if the spymasters are taking it seriously. It’s also fine to swap players in and out mid-game which makes it really flexible for playing over Christmas. You’d probably have to go with Codenames Duet as that works with about 2 to 6 people; the other versions are 4-12 or so.

7 Wonders is a bit of a modern classic for the heavy end of this sort of space. The drafting system leaves essentially no downtime and the theme is good. Not particularly amusing though. Works OK with 3-4, well with 5+.

If you want to go all in on Dixit, there are a bunch of very similar games out there, with the pictures replaced by something else. Balderdash (rare words), Apples to Apples (adjectives), Cards Against Humanity (sentences). There’s one with foreign words too, but I’ve forgotten the name.

Ghost Blitz 2 might work quite well if the players are all at least teenagers.

Quartermaster General. In my case, both experienced and casuals enjoyed the QMG sessions I hosted.

At first they were like “Oh fuck … a WW2 wargame? This is so not going to be fun.”

Then at the conclusion of the game, they were like “oh fuck, why didn’t you introduce this earlier??”.

Good news is that it’s excellent at 2 or 6 players!

It’s a multinational and multilingual group.

Nuances and wordplay a bit hit or miss.

So CaH is out.

Sushi Go for sure then

Ghost Blitz 2 might work quite well if the players are all at least teenagers.

The youngest is an american lady at 25.

I’ll also check this out.

Another great candidate is Camel Up: 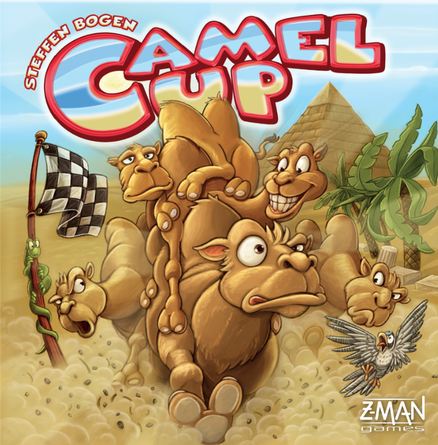 In Camel Up, up to eight players bet on five racing camels, trying to suss out which will place first and second in a quick race around a pyramid. The earlier you place your bet, the more you can win — should you guess correctly, of course. Camels...

It comes with a really cool dice pyramid, stackable camels and you are off to the races! Every turn, the camels will move in somewhat unpredictable ways, stack and drag each other forward or move backwards. The players are doing their best to bet on the round and the whole race. There are many really funny moments in that game and even non gamers will pick it up very quickly. 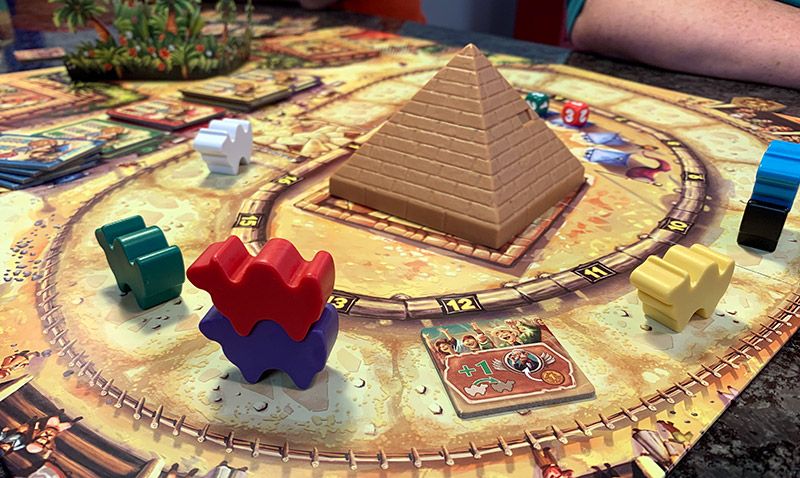 The next game won’t work with 2. But if you can get 4-8 to join for a few games, I’d highly recommend Don’t Mess With Cthulu: 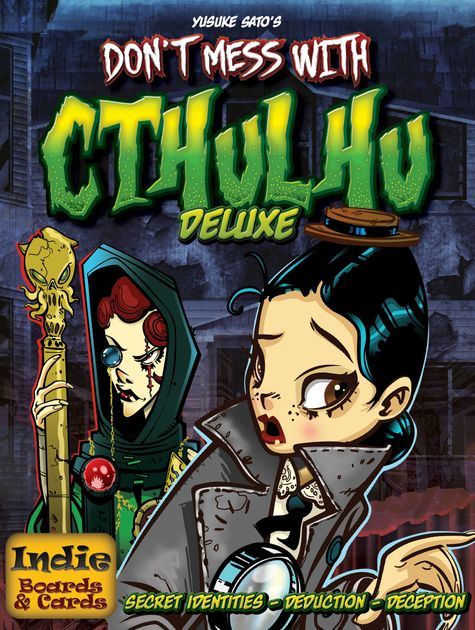 Don’t Mess with Cthulhu is a social deduction game with secret identities. Players are either Investigators trying to keep Cthulhu from waking and controlling the world, or Cultists that want to bring the world to a disturbing end. The game takes...

Don't Mess With Cthulhu Deluxe - £16.49 - and many other great board games are available for the lowest prices at Zatu Games UK! Browse our online store today!

It’s cheap as chips, easy to set up, can be explained in 5’ and is really fun to play. Every group I’ve played it with has enjoyed it. It’s a hidden role game with a really tongue in cheek tone. One or more players are cultists. You all have face down cards in front of you. The cultists are trying to get the other players to draw Cthulu symbol cards to complete their ritual. The adventurers are trying to get the others to draw elder signs to stop the ritual. Every few drawn cards, all the face down cards are shuffled and re-dealt. Who to trust?

You should also consider The Mind, is you haven’t played it yet. Cards are numbered from 1 to 100. Players receive as many cards as the level they have reached. The goal is “simple”. Can you play the cards in the players’ hands in ascending order without speaking one word? 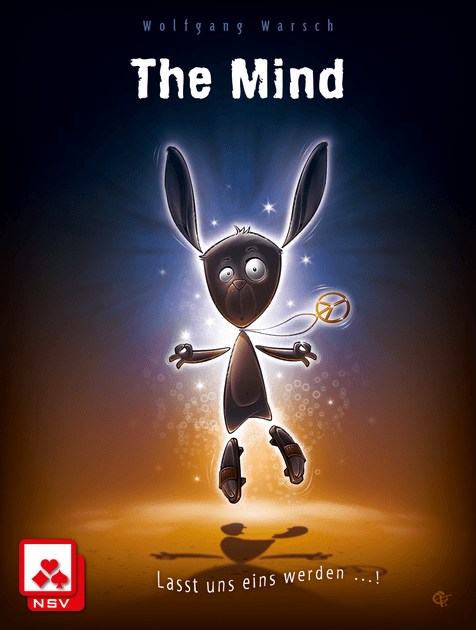 The Mind is more than just a game. It's an experiment, a journey, a team experience in which you can't exchange information, yet will become one to defeat all the levels of the game. In more detail, the deck contains cards numbered 1-100, and during...

This one says 2-4, but I’ve regularly seen players say they have played it with more. It ups the difficulty though (more cards in hand).

You could also bring a roll and write like Welcome To… That will play any number of players as everybody has their own pad and tries and build their own best ever neighbourhood based on random cards drawn on the table. 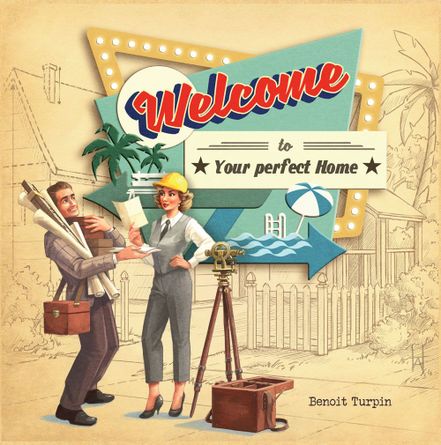 As an architect in Welcome To..., you want to build the best new town in the United States of the 1950s by adding resources to a pool, hiring employees, and more. Welcome To... plays like a roll-and-write dice game in which you mark results on a...

There is something satisfying about managing to complete one of the goal cards and scoring a bonus, then comparing points and neighbourhoods at the end of the game. But be aware roll and writes are not the most interactive games. Easy to pick up and generally enjoyed by all though.

There is also a more recent and more interactive variant I’ve heard about but haven’t played yet called Cartographers. 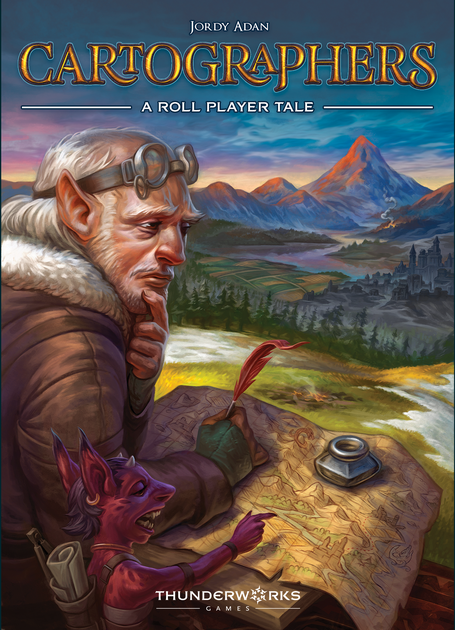 Queen Gimnax has ordered the reclamation of the northern lands. As a cartographer in her service, you are sent to map this territory, claiming it for the Kingdom of Nalos. Through official edicts, the queen announces which lands she prizes most, and...

Players are drawing maps in this one. But, sometimes, monsters come up and you get to draw them on your neighbour’s map, forcing them to deal with them in subsequent rounds. I’ve heard many good things about that one as you end up with cool looking maps of an imaginary land, but you also get to needs with your friends’ maps. 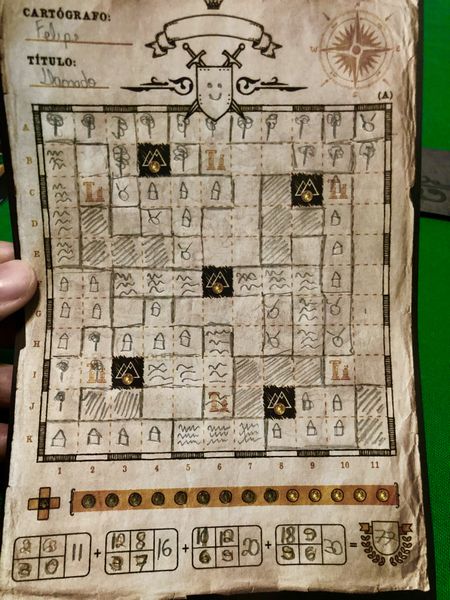 Have a look at Mission: Red Planet. It’s a great gateway game and plays quickly even with 6 players because players pick their actions simultaneously. The actions are then resolved in sequential order, as opposed to seating order, which means players are less likely to tune out while waiting for their chance to go. Player interaction is also quite high.

The Shipwreck Arcana is a great little cooperative deduction game with amazing art that I’ve found goes over well with folks ranging from near total non-gamers (my mom, for example) to the hardcore. It maxes out at 5, so it won’t help you if you end up needing something for the full six, but it should accomodate any other player count you listed, and unless your guests have particularly limited English cultural barriers shouldn’t be an issue either since it’s mainly about following mathematical rules. The only other concern: I have no idea if it’s available at retail, so laying your hands on it might be hard.

I sense a disturbance in the force, like a thousand boardgames calling out to me, destroying my wallet.

7 Wonders is a bit of a modern classic for the heavy end of this sort of space.

7 Wonders Duel is perfect for two players; I also only play with the Pantheon expansion.

7 Wonders is a bit of a modern classic for the heavy end of this sort of space.

7 Wonders Duel is perfect for two players; I also only play with the Pantheon expansion.

I feel like I’m brain damaged, because I can never remember the iconography for all the god powers, and always have to look them up.

I sense a disturbance in the force, like a thousand boardgames calling out to me, destroying my wallet.

For the sake of destroying it a little bit further… I’d also recommend Ethnos for higher player counts (best from 4-6 players). It’s about Ticket to Ride level complexity, but it’s themed as a fantasy war game and plays like a simple area control game. Each game has 7 random abilities added (from a set of 14) which shake it up a bit, but it never gets too complicated to use for a Ticket to Ride style crowd.

Ethnos was surprisingly fun in our one playthrough when a friend brought it over. Definitely recommend it.

There is a second edition of Quartermaster General WW2 coming out soon in January I believe. They are being very light on the details https://www.aresgames.eu/games/euro-games/ww2-quartermaster-general

Ethnos was surprisingly fun in our one playthrough when a friend brought it over. Definitely recommend it.

I wish Ethnos looked better or maybe a second edition with better art etc. It deserves it.