I forgot the original designer left, so that accounts for some delay. I am holding out some hope they will release a new expansion this year.

Same with Mansions of Madness, I wonder why they just don’t release a ton more cheap downloadable e-scenarios (DLC, printable sheets) for $5 a pop. How much overhead could that possibly entail? It’d be almost pure profit.

They don’t even pay artists for new illustrations! :p

We’ve been over the MoM situation in one thread or another around here. Really what you should just do is get the Valkyrie fan-created App, that imports the official app assets for the full experience, and allows for fan-created material (and includes a construction kit/tutorials, etc) if you want to try for yourself. It’s a few years old now, and there’s a ton of scenarios, all rated and reviewed, multiple languages, etc.

Is anyone else excited about this:

Announcing a Cooperative Upgrade Pack for Fallout: The Board Game

It might be the exact expansion pack I wanted for this dumb game (that I still enjoy).

Not dead, but FFG is having a tough time:

It is with sadness that d20Radio communicates what we have confirmed is a large layoff of key personnel positions within Fantasy Flight Games. According to our sources, the decision was communicated to the affected employees on Monday, January 6. The two prominent areas of layoff we have confirmed are both Fantasy Flight Interactive (the company’s digital game studio) and the RPG department .

Tried Cataclysm: A Second World War yesterday. I thought I remembered Tom reviewing this, but I can’t find the article anywhere.

Well, we “tried” in the sense we parsed the (30 page) rulebook, spent half an hour setting up, and another 90 minutes going through a single turn. This thing is Twilight Imperium level of commitment, where it’s a requirement for everyone to read the rules ahead of time and set aside an entire day (4-10 hours).

So it’s an economic/diplomatic/war WWII grand strategy game. The twist is that it starts in 1930, when the name of the game is diplomatic developments and the conversion from a peaceful to wartime economy. War production and offensives become easier the higher level of war readiness your economy gets, but you get increasing penalties to internal unrest checks that could lead to the collapse of your government, which you have to offset with more and more effort spent to keeping the propaganda train going. You can even push your economy to a final “exhausted” state which makes costs and offensives even lower, but permanently lowers the maximum size of your military, a last ditch effort as your nation starts throwing cheap designs, synthetic fuels, and child soldiers into the fray.

So it mostly becomes a tightrope act as the Axis and Russians balance keeping up peaceful pretenses while trying to time when and how often they switch into higher gear. The democracies (US/UK/France) are severely limited in actions until the other players begin turning on the war machine, sort of like the forces of good in War of the Ring. The “baddies” have to decide if ramping up right now is worth the increased alarm from the West (Japan even starts off receiving extra production from U.S. scrap metal & oil shipments which get cut off as they become aggressive).

I could see this being a very interesting system, but good god does it demand commitment. It is NOT simple or intuitive (like Twilight Imperium 4ed. quickly becomes). It’s one of those games where one person is constantly asking “what’s the rule for…” while another flips through the 30 page rules trying to find the answer. It makes a lot of design fumbles for ease of play like no well designed individual player aid sheets (there are some, but they’re very hard to understand unless you already know the rules). The worst is that several essential to know nation conditions are all kept track of on a single separate sheet, not on your own. Want to know your own nation’s stability level? Alliances? THE CURRENT TURN? None of this is on your sheet or even on the board. Crane your neck and peer over the table as you squint to find your marker on the small, hard to read spaces of the separate sheet that keeps track of all this.

There are crazy rules about adjacency, supply lines, special one time historical powers for each nations, FIVE different kinds of attacks and half a dozen die modifiers for each one, and so on. I was getting BAD Hitler’s Reich flashbacks trying to make sense of them. It definitely looks better than the mess of HR once you learn it, but the hurdle is just as big, if not bigger.

On the plus side it’s fairly cheap (chits + paper sheet board) for usually under $50. You do need one damn committed group of 3 (other player variants look lame and tacked on) if you’re going to go at it though.

Game night last night (although only 3 of us). Played In the Hall of the Mountain King. Great piece of music. Pretty OK game? 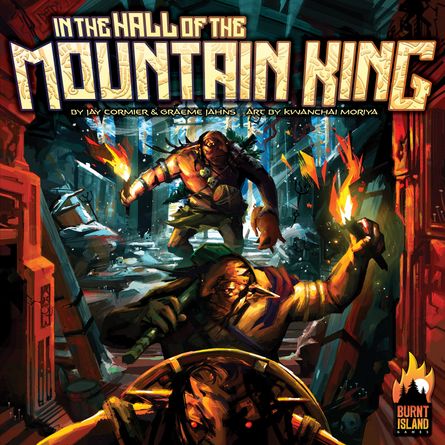 In the Hall of the Mountain King

Play as trolls rebuilding your abandoned kingdom under the mountain in In the Hall of the Mountain King. With muscle and magic, you'll unearth riches, dig out collapsed tunnels, and carve out great halls as you raise the toppled statues of your...

Not unexpectedly, I got trounced since it was my first time playing and the other 2 guys had a bit of experience with it. Still enjoyed it though. I’d say it’s a perfectly cromulent resource-management Euro with some spatial elements and a wacky theme. Components are excellent, and I suspect, a big reason why the game is rated highly on BGG right now. I don’t think it’s doing anything particularly amazing. You move the pieces around and activate the systems and score points in one of several ways and then someone wins. Sound familiar?

I don’t want to be too dismissive. Sometimes I’m totally in the mood for a non-interactive Euro that presents complicated little systems for you to explore and unravel. They usually don’t blow me out of the water, though, like more confrontational games do. My favorite Euro is probably still Concordia, as I especially like its puzzles and level of interactivity. My guess is that people will forget about Hall of the Mountain King pretty quickly.

Played crystal palace last night. You manage a London football league… wait, no. Its 1849 and you represent your nation as you try to acquire pattons and inventors. The game is chock full of dice as you fight for the various spots on the boards, but no rolling here. you can set your die to whatever number you want. The rub is you have to pay at the start of the round before you place your dice . Money is extremely tight and players can place dice in a way that even if you place first you arent guaranteed you will get first choice, unless you slap down an expensive 6. The rules are fairly simple but it is very much a brain burner. Absolutely love it.

It’s been local knowledge that it is a shitty place to work for a long time.

It’s been local knowledge that it is a shitty place to work for a long time.

Anyone have a favorite 6 player game they’d recommend? Our players lack the stamina to play more than one medium–to-long game so will need to pick a good one. Or a couple smaller, quicker ones instead, which would probably be better with their attention spans.

Was thinking of deciding between the below but open to suggestions I may have missed:

Euphoria works well for 6. Dune! (Although, honestly, Dune might be better at 5). Custom Heroes. Ecos.

None in my collection unfortunately! I probably have a scattered Kickstarter on the shelves that would work too, just need to delve into the garage tonight.

Flamme Rouge with the Peloton expansion goes up to six. That’s a very fun game for a group, in my experience.

Here are some suggestions (6-player games):

Ethnos (I love this game and think that if it looked better, it would be more popular)
7 Wonders (maybe the obvious choice here, and some people hate it)
Twilight Imperium, 4th ed (JUST DO IT)

Other games I think are good at this player count, which I don’t have experience with:
Welcome To…
Quartermaster General
Eclipse

New games this week. Of special note is the Top Gun game that has 2 modes. Volleyball and dog fights! 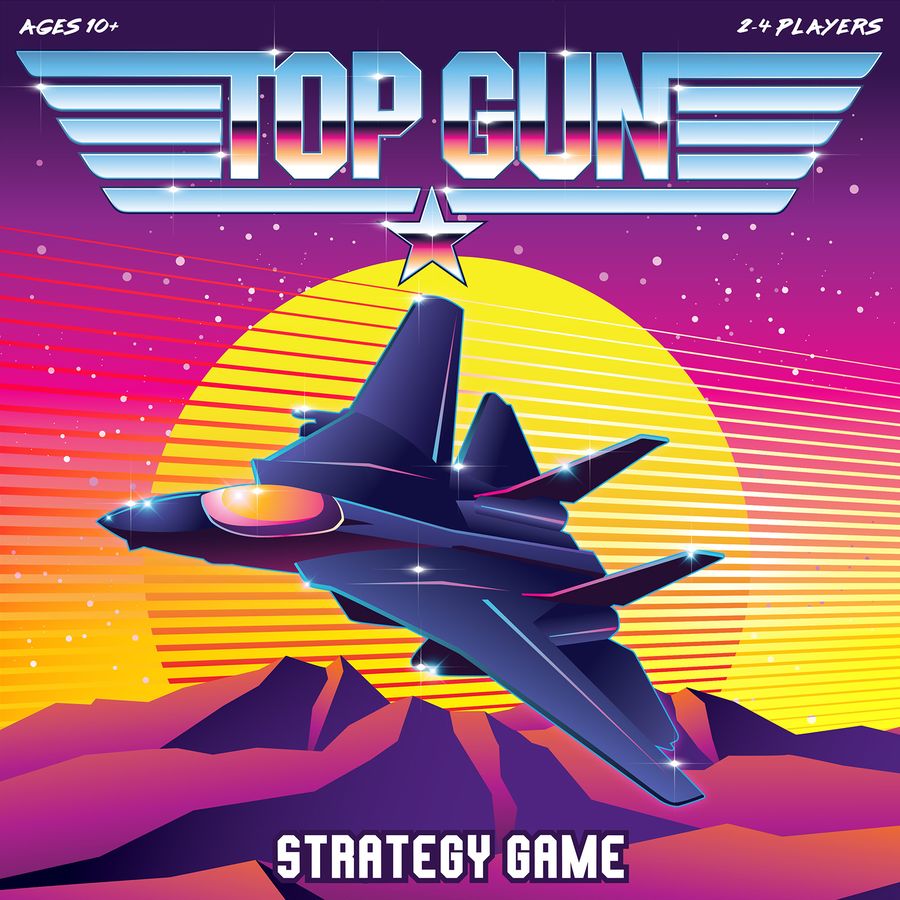 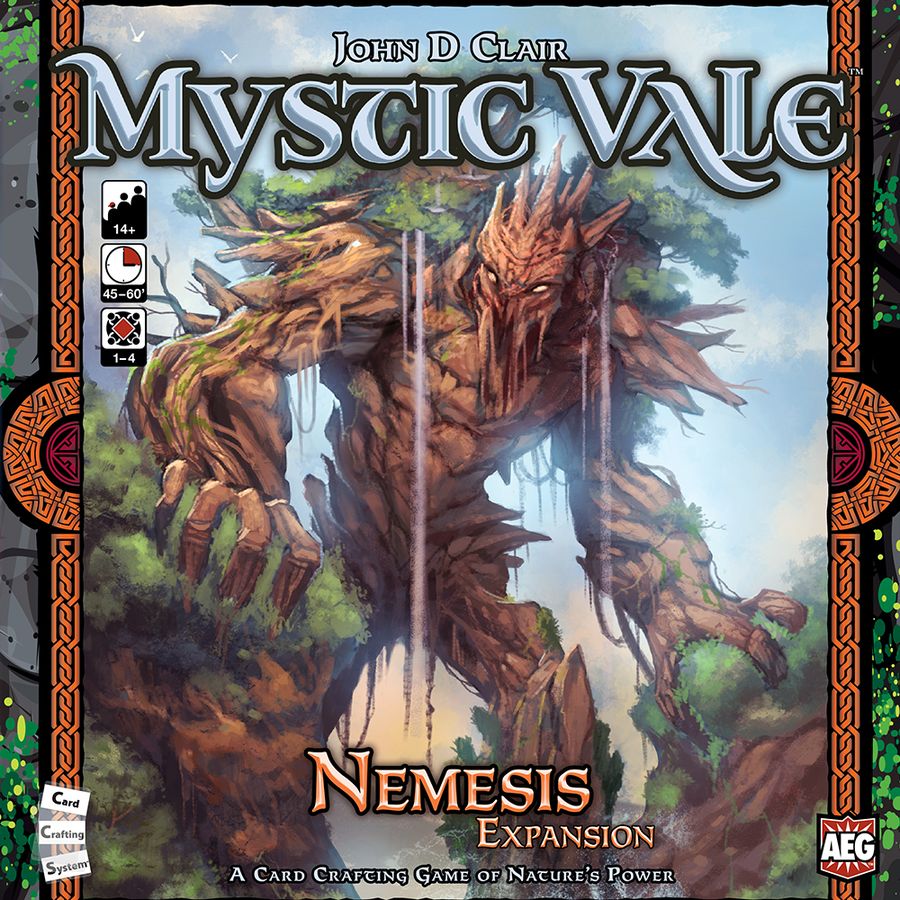 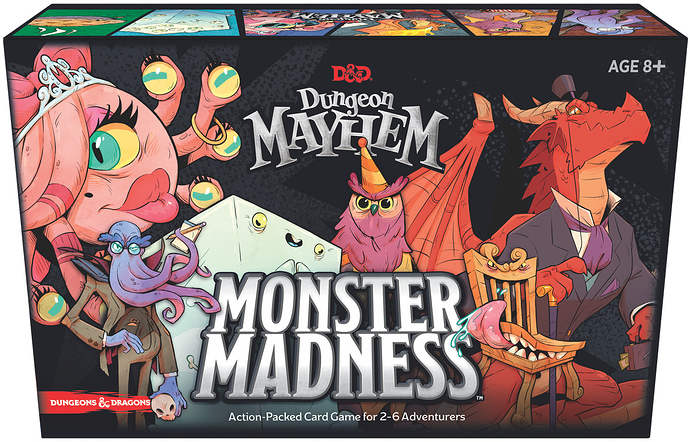 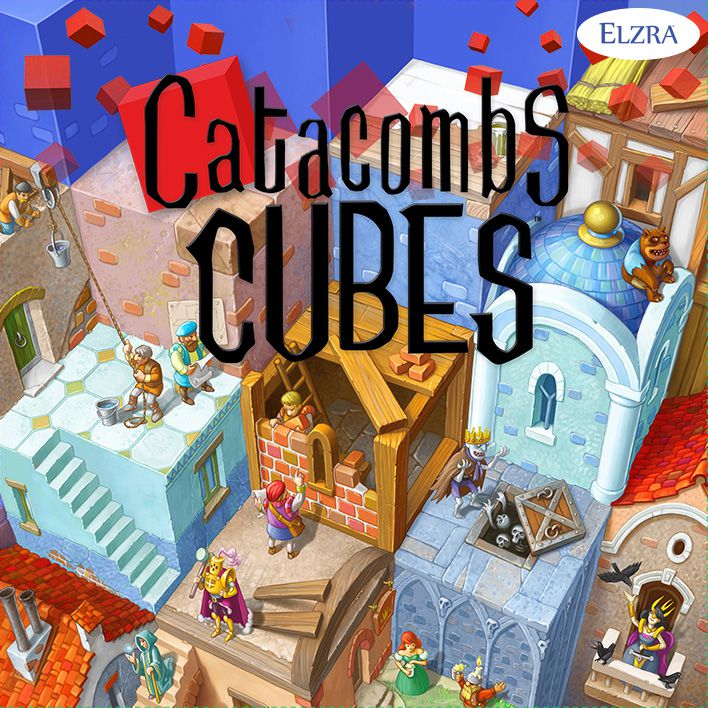 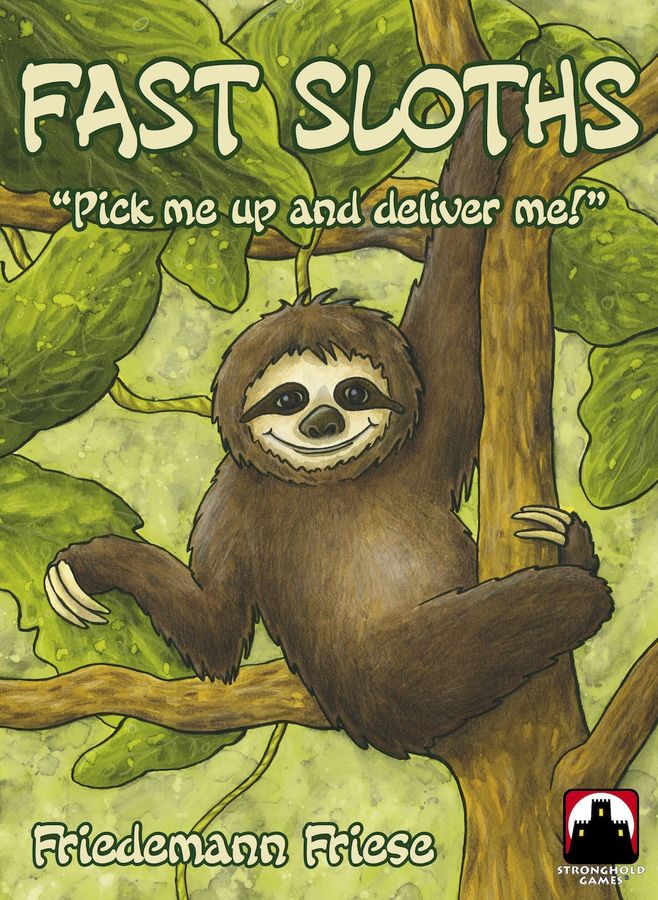 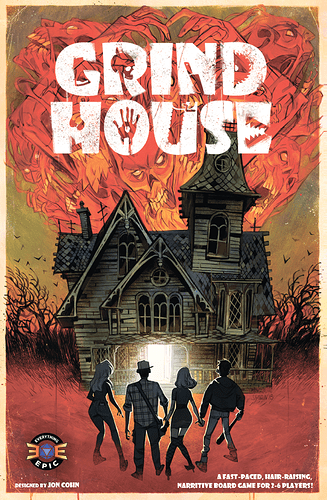 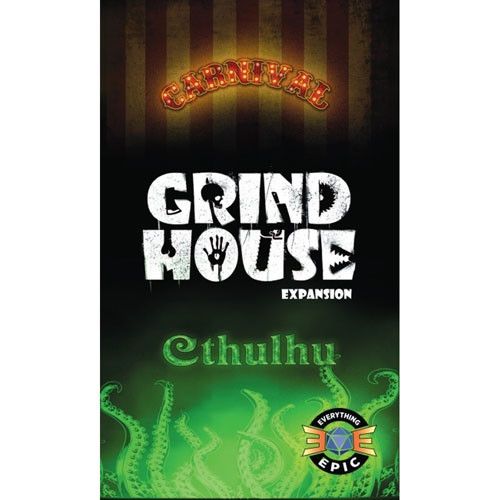 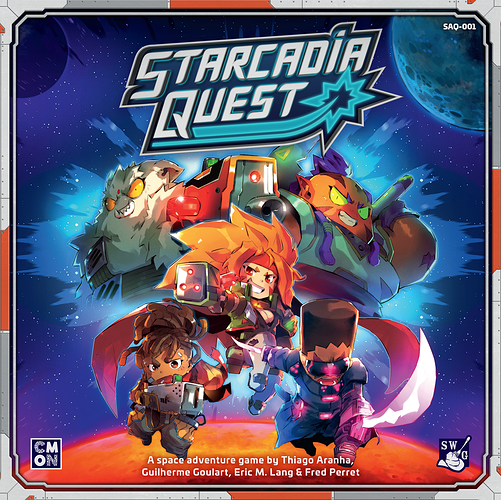 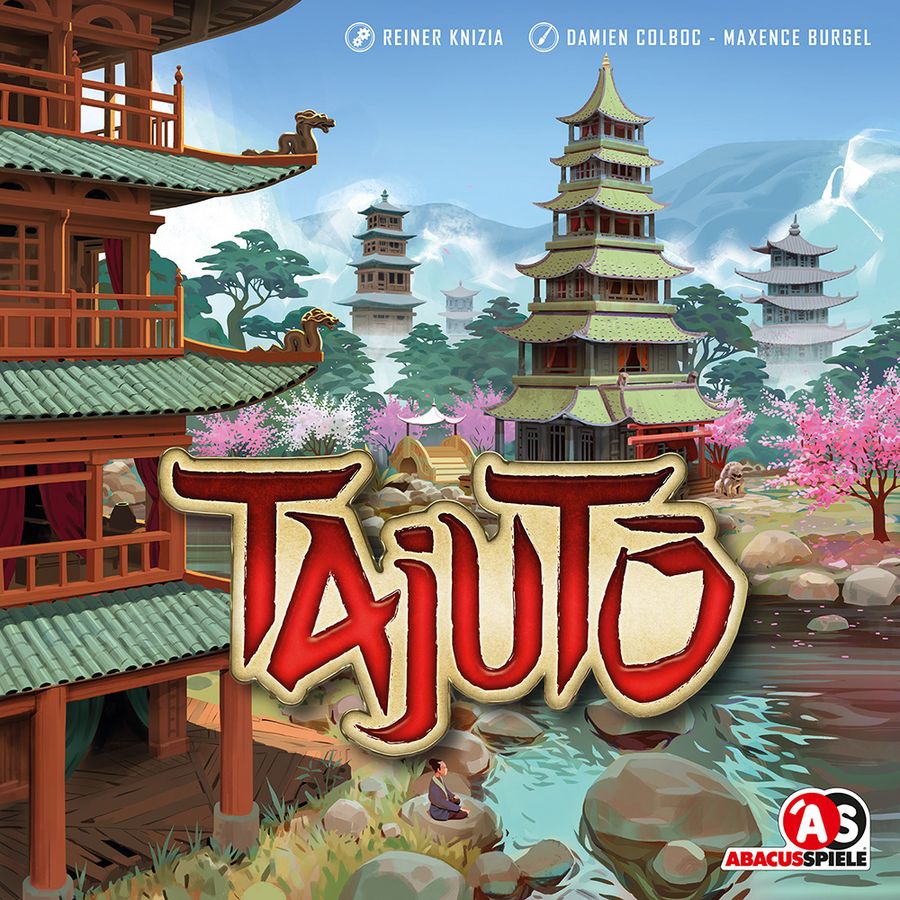 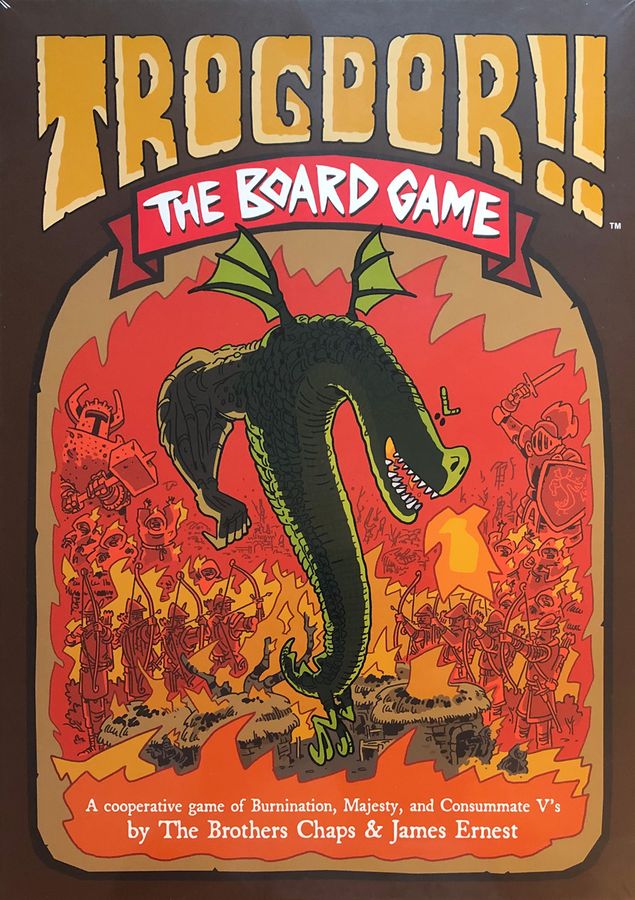 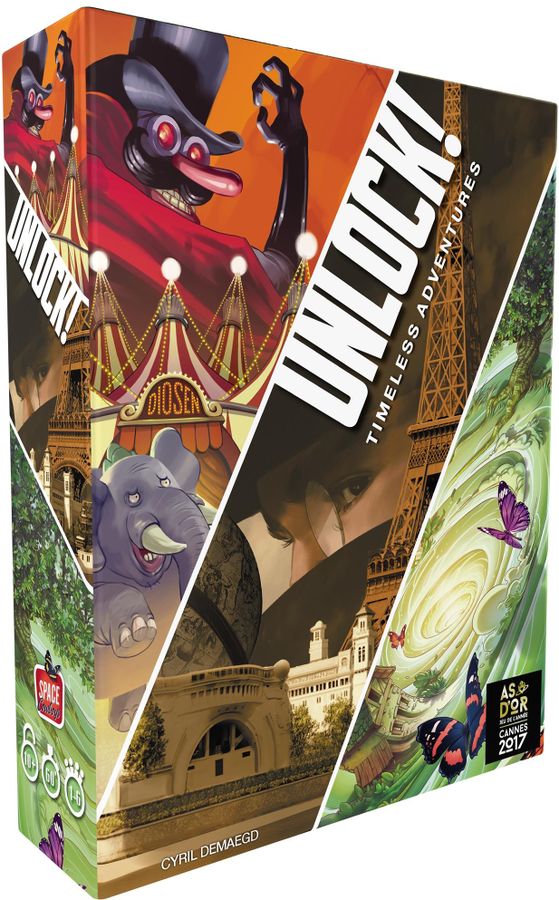 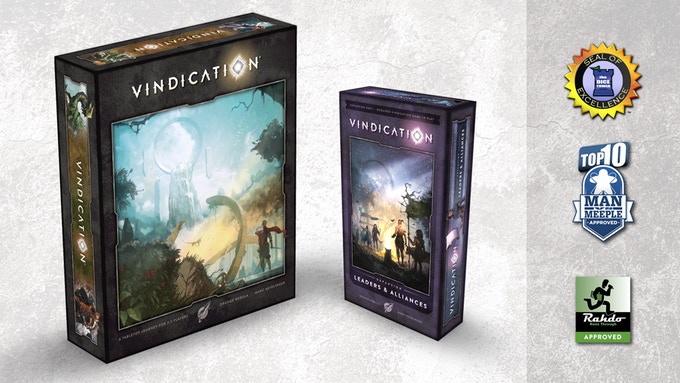 Note for QT3ers: I have all-in pledges of Vindication available if anyone wants one. $99 for base and expansion and extras.

Don’t subject anyone to Bang! (Either the dice game or original)

Formula De! Actually goes up to 10, and can be taught very quickly, very little downtime between turns, etc. It’s a favorite of my group when we have too many and don’t want to split into 2 groups. Yes, it’s dice-rolly, but at heart it’s really a push-your-luck /resource management game.

Thanks for all of the suggestions! Formula D is a possibility too - I actually have it but it’s rarely been played.

I’ll speak up for Bang the Dice Game, which is a favorite quick fall-back for my gaming group. Don’t expect it to be deep or highly strategic. It’s just always fun for everyone (except maybe in the case when someone gets eliminated super early, I guess).

I would give much more wholehearted endorsement to 7 Wonders, which is one of the great mid-weight games ever, and excellent for large groups.

I really like Tiny Towns for 6, as well. But be warned: It looks nice and cozy and calm, but it’s actually quite tricky and potentially aggravating!