Thank you for starting a new topic. I was at least 600 posts behind on the old one.

Still trying to read a book in Spanish. More than halfway through at least! And actually enjoying it. Also, too, the verb ‘quedar’ can apparently be used to replace any other Spanish verb.

Much as I fussed about it in the old-and-busted thread, I’m still making my way through Cradle, something like halfway through book 6.

These might not even have the weight and heft we expect out of popcorn. Cotton candy (or “daddy’s beard,” as I understand that the French disgustingly call it) is a more apt description. 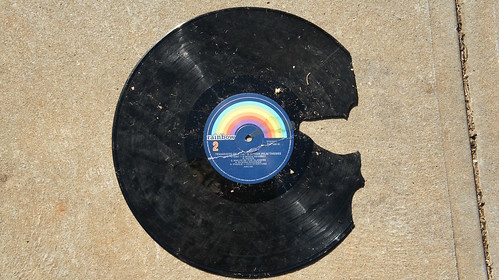 If that’s aimed at me, brother, I have made a total of 1.5 substantive posts and 1.5 snarky posts about Cradle.

Just finished Allen Steele’s latest, Sanctuary, which was a fun read and much better than its cover art. Started 2022 with his latest short story collection, and I think I’m going to try the Book Store Reading Challenge and hit Snow Crash as the book everyone has read that I haven’t.

I finished The Scorpion’s Tail earlier, a Preston & Child novel but not a Pendergast, and it was pretty good. Their whole schtick is very much mass-market historical, and the Pendergast series has jumped the shark so many times he has crossed eyes, but this one was good. It deals with ghost towns and White Sands and the first atomic bomb test and was pretty enjoyable for whatever category is appropriate for bestsellers that are also pretty pulpy.

Now I’m re-reading Echo Burning, a Jack Reacher book, fifth in the series. Another candy book for me, I’ve been restarting the series lately and of the first five, this falls in with #1 and #2 as “massive coincidence” but a little less. #3 is still easily the Empire Strikes Back of the early ones.

I finished The Scorpion’s Tail earlier, a Preston & Child novel but not a Pendergast, and it was pretty good. Their whole schtick is very much mass-market historical, and the Pendergast series has jumped the shark so many times he has crossed eyes

I read one Pendergast book and I did sort of enjoy it, but it’s basically a weird Sherlock Holmes take but blown out into a full novel, which gives it a lot of bloat. I’m having trouble making myself even start another one.

I can’t argue, way back in the 90s I think, their first one came out and was good for the time, but it’s gotten steadily more onerous. I might be in sunk cost land.

Thanks to the various discussions in this (and prior) threads, I’ve started in on Jacka’s Alex Versus novels. Partway through the first one and it’s good fun so far. Not too deep, lots of action, seems like an interesting urban fantasy world to explore. The library had an omnibus ebook with the first four novels so I’ve got a good chunk of the series to get started with.

I’m reading Claire North’s 84K from 2018 and it’s dark and grim and really well written. She somehow manages to give fairly detailed environmental descriptions that only mention certain elements–a giraffe poster in certain colors with the giraffe walking away from the viewer, looking down–that both fill out the scene, visually, AND create massive mood. She’s a really excellent writer.

Just finished The God Is Not Willing, newest book from Steven Erikson about the bastard child of Karsa Orlong. Enjoyed it again after I gave up on Erikson after the first book of the Kharkanas Trilogy.

I got Cloud Cuckoo Land by Anthony Doerr for Christmas. I absolutely loved All Three Light We Cannot See and I’m loving this one so far. Strong recommend.

Yeah, I liked that book a whole lot, probably the best book I read in 2021.

I finally finished Don Quixote. Can’t quite believe it.

End of book 6 (“Underlord”) was pretty baller. Some of my issues around the one-note conflicts and relationships are actually getting addressed as I continue on, which is nice. I was definitely feeling like things were in a little bit of a rut for a while there, but we’re moving forward again and I’m reasonably happy about it.

Wight can write him some action. I still think Butcher and Sanderson do it better, but that’s a damn fine conversation to be in regardless.

End of book 6 (“Underlord”) was pretty baller. Some of my issues around the one-note conflicts and relationships are actually getting addressed as I continue on, which is nice. I was definitely feeling like things were in a little bit of a rut for a while there, but we’re moving forward again and I’m reasonably happy about it.

If you liked that, I’m pretty confident you’re going to really enjoy the next few books, especially Wintersteel.

I think what’s helped a lot is the addition of conflicts and motivations orthogonal to the “advance at all costs” mission Lindon (and Yerin) have been on forever. Like Dross is a great addition, Orthos has gone in an interesting direction, Mercy is fresh and new, and Eithan is currently a (annoyingly, heh) mysterious wildcard rather than just a thinly characterized benefactor.

Still Daddy’s Beard for sure, but lord knows I’ve got no problem with that, heh.

I’m reading the new Reacher, Better off Dead, and uh, this book would have been. He’s trying to turn over the reins to his son and it really showed in this one. It’s bad enough I read the first 7 chapters thinking they were very bad, then a few days later read them again because surely not . . . yep.

It’s fan fiction, basically. You get the Reacher cadence but without any of the lyricism that makes it work. You get violence but without any art or intelligence. You get a massive, massive coincidence at the start, not a good thing. The characters are like first graders on the playground at the first day of school, there’s absolutely no development at all, and I mean actual zero, and then people are teaming up for life-and-death fights. For example:

It starts off trying to do a duh-duh-DUHH! start-at-the-end twist, which was okay, but then it does the “A few days prior . . .” thing and this is no shit the Cliff’s Notes of the second chapter, with very little editing:

Reacher is walking randomly down a road. He hadn’t intended to be walking but we’ll never know why, because that is the entirety of the setup for why he is where he is. Even the first book, he had a reason for being in the small town. He randomly comes upon a woman unconscious in a jeep that has crashed into a tree. He is obviously the first person to have come across her on this road somehow. When he tries to help it turns out she was faking and she is actually waiting in ambush for some men who can lead her to someone named Michael. After maybe three sentences back and forth, Reacher demonstrates that he’s probably not them, so she decides that Reacher is now her partner in this ambush/murder scenario and asks him to hide in a ditch while she carries it out, which he does with no questions asked.

This theme will repeat throughout the book. Rather than having conversations and doing some asking around and slowly coming to trust or suspect people, Reacher just walks up to strangers, says something along the lines of “Do you like or dislike the antagonist, check Yes/No?” and they say, “I do not like him therefore I will join into a conspiracy with you right now that will end in my murder if any of a hundred things go wrong, stranger.”

I’m halfway through and he’s somehow accumulated four partners from three different backgrounds that are 100% on board with going against the local murder guy, with about 30 seconds of conversation across the whole lot to convince them.