ln the context of the Kubrick-fest, l was trying to find some books l could read about Kubrick; the same week, in the 20:20 topic, @MrTibbs mentioned Tim Lucas’ book on Mario Bava, Mario Bava: All the Colors of the Dark.

So, l thought it could be a good idea to start a topic dedicated to books on movies, where we could share our suggestions. Well, where you could share, as l don’t have much to suggest myself -the last book l have read on cinema was probably 10 years ago-, and don’t have much of a cinema culture to start with. However, l generally need to read about art to truly appreciate it, and l guess l’m not the only one in this case.

Also, maybe instead of posting entire, raw lists, we could suggest one or two books at the time, and explain a bit what they’re about?

What do you guys think? 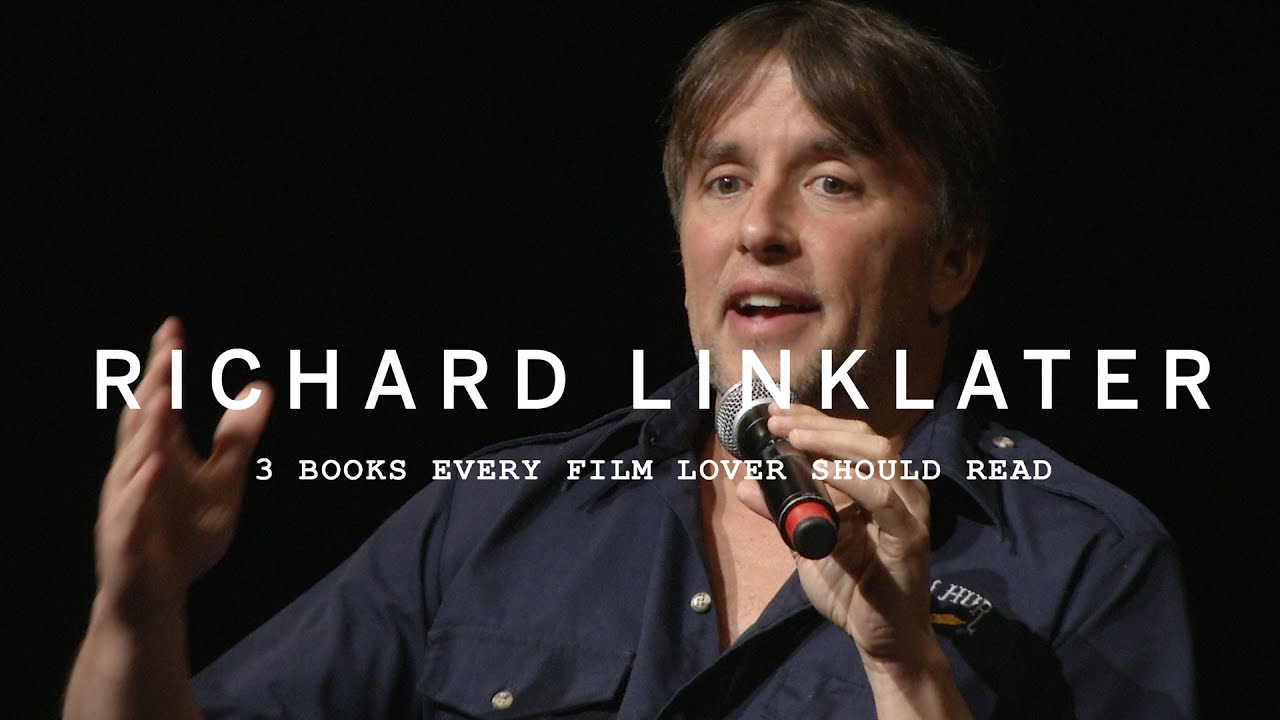 I’ve been working my way through his picks… (1) Sculpting in Time by Andrey Tarkovsky; (2) Notes on Cinematography by Robert Bresson; and (3) Elia Kazan: A Life by Elia Kazan.

Jonathan Rayner’s Films of Peter Weir. I pulled this book about Peter Weir’s movies off a library shelf in high school and have thought about movies differently since. It goes up to Truman Show. The writing assumes you know the movies well and discusses them in pairings, which was challenging for me at the time, but I’m sure wouldn’t be for you lot. 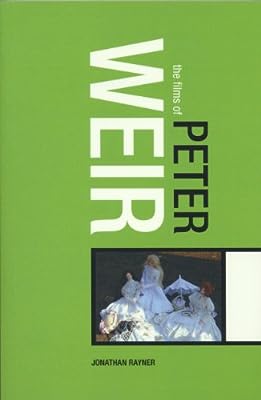 l have read Sculpting in Time, but dont remember much of it.
Bresson’s book is a famous one, but l have never read it. l should also start watching some Bresson movies at some point…
Regarding the autobiography of Kazan, l don’t know it, but l think Michel Ciment, who also authored what l think is a reference book on Kubrick also wrote a book about him.

edit: l was still writing when you posted, @Navaronegun; l have been trying to find this book for the Kubrick-fest. l have heard about it for many years -would you say it is the best book to start reading about Kubrick?

Great suggestion! I just watched The Last Wave on the Criterion Channel.

Michel Ciment, who also authored what l think is a reference book on Kubrick also wrote a book about him.

Posted above in this very thread.

would you say it is the best book to start reading about Kubrick?

Yes. Its exhaustive and he had access to family and regular collaborators others didn’t. It’s only weakness, or better said lack, Is that it doesn’t include information gleaned from some raw audio interview tapes that Kubrick gave, like this. The raw interviews weren’t available/incorporated in that book for whatever reason. IIRC, it’s because Cahill (the reporter) only found the tape relatively recently, in the case of the below interview. 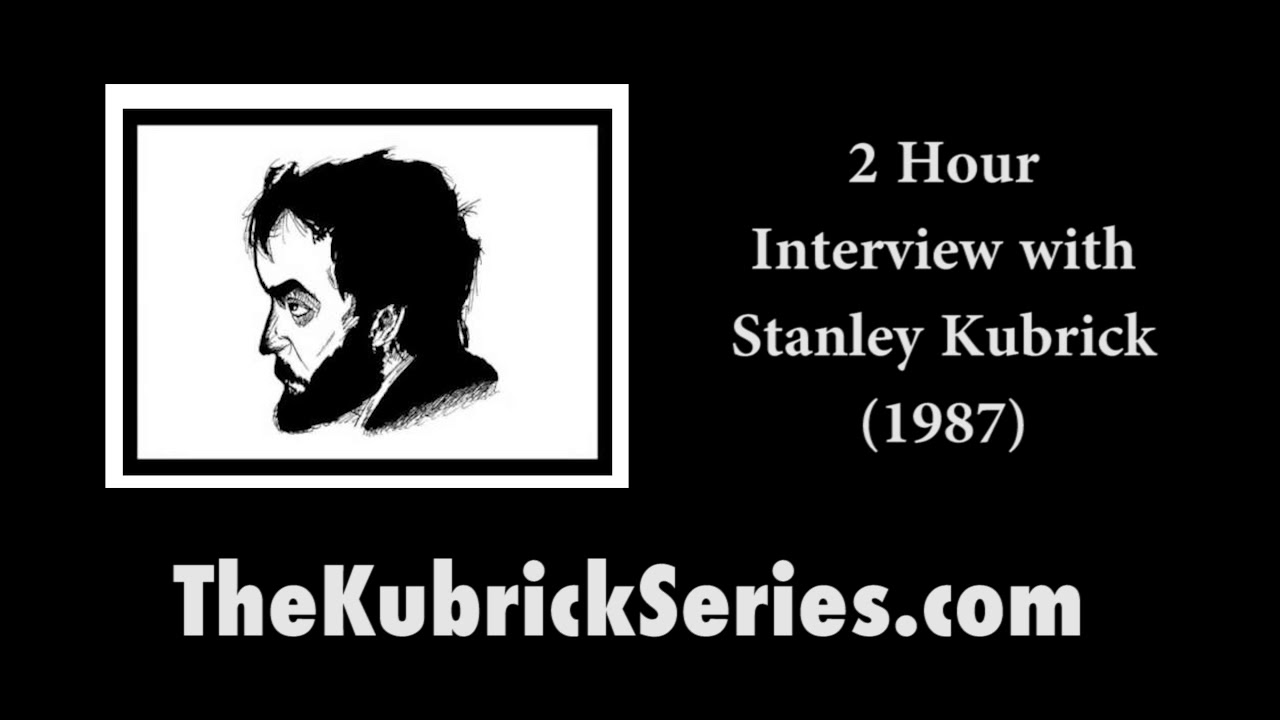 l will listen to it as soon as l can. Also, if you understand French, Michel Ciment gave plenty of conferences on Kubrick, like this one given at the lnstitut Lumière in Lyon: 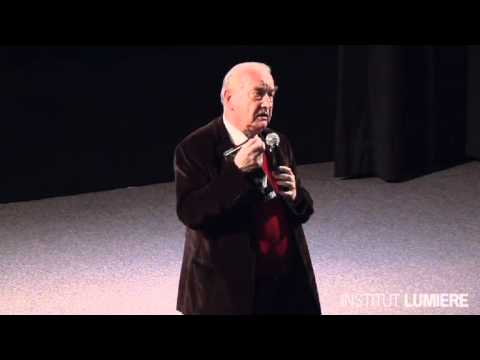 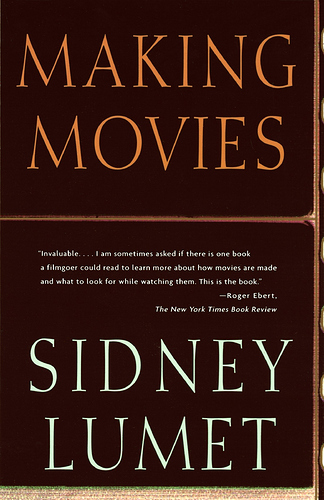 Maybe not surprisingly, this is a very practical book, looking at every aspect of how Lumet makes films. He talks about picking scripts, running auditions, working with actors and writers, etc etc. Despite being down-to-earth, it contains a lot of insights. Also some great anecdotes from on set.

Some great picks already. I picked up the Lumet book alongside David Mamet’s On Directing and both were incredibly useful for understanding the process of setting up and executing a film.

The Genius of the System by Thomas Schatz is the best examination of the industry side of classical Hollywood. He goes to great lengths to explain how the loss of exhibition meant that the studios no longer had a guaranteed outlet for their films, and this impacted everything going forward. There’s a wonderful mix of textual analysis, and how lots of those decisions were influenced by what went on behind the screen. 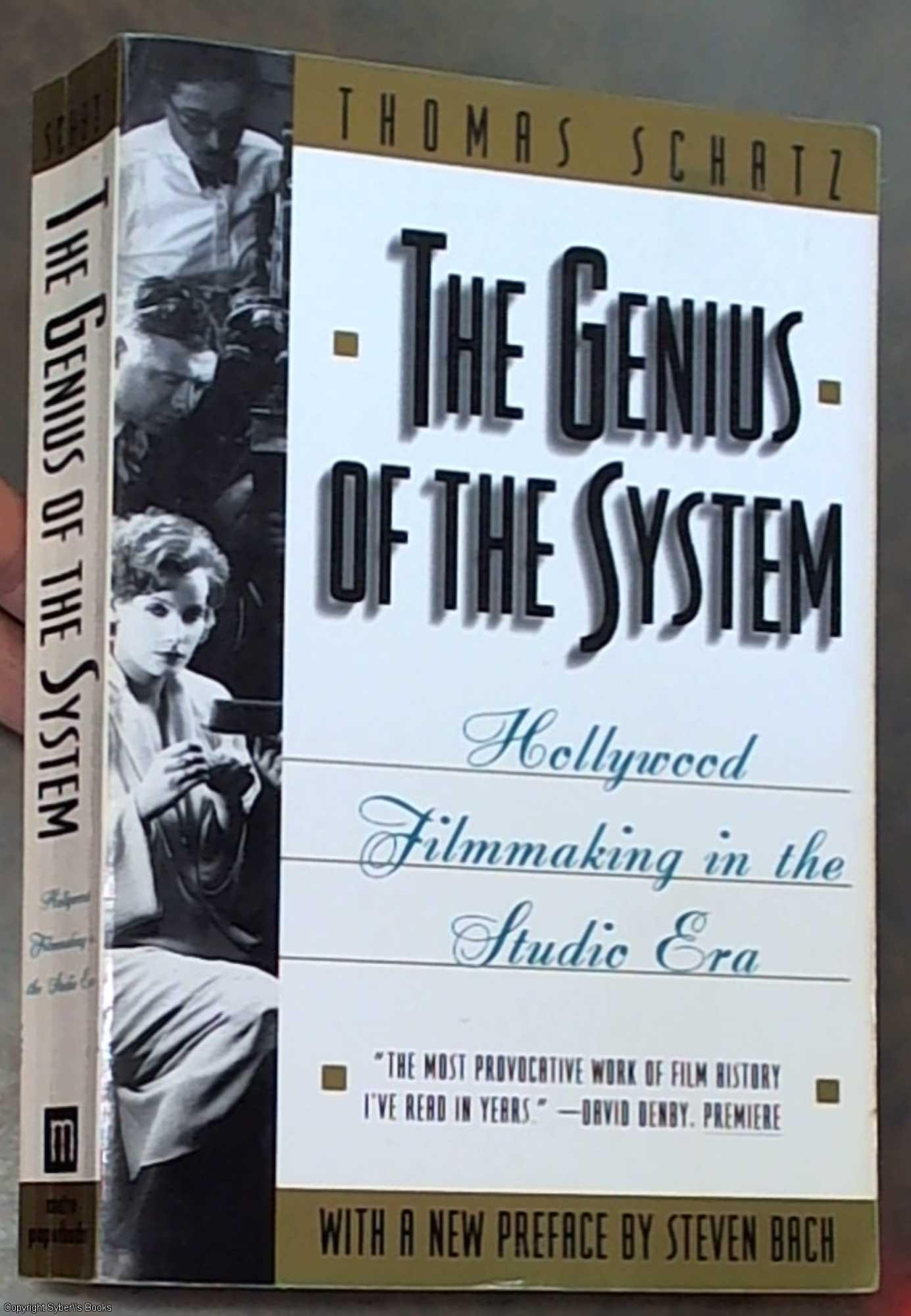 Navaronegun, now I know what I’m going to listen to this evening. I thought I had heard every single Kubrick audio interview (have read the article previously as it was one of his last he ever did) but this one is completely new to me.

Yeah there are several out there that have been discovered and can be found at that archive site as well. The link is noted on the YouTube video. He frequently gave very long form interviews with journalists he had a relationship with or respected. So in that above example it’s part of a promo tour for full metal jacket with a Rolling Stone reporter. But it’s really a long 2+ hour conversation discussing all sorts of things about filmmaking etc. So very little of it at the end of the day was used in the article. But there’s a lot of really valuable tidbit information about certain decisions or what processes he used in production.

For example Ermey was originally the technical advisor on full metal jacket. And in England, before Ermey got the part, they used him to greet extras as “new recruits” to see if they’d work out in the film. Kubrick took a lot of those interactions and then rewrote scenes in the script to reflect those extra auditions.

Edited above for egregious Siri errors.

So yeah, Lumet, Mamet and Schatz’s are pretty amazing books. Lumet is very practical, down to Eatrth and overall a nice read. Mamen’s is more “philosophical” and ultimately I feel it’s more of a screenwriter’s book, more focused on storytelling and on a very particular way of understanding filmmaking (Lumet is more holistic, perhaps because he was a much more rounded artist).

But the very best book on directing I read is this one:

An invaluable analysis of the director's art and craft, from one of the most revered of all film school directors. Alexander 'Sandy' Mack...

The takeaways are not that dissimilar from Lumet’s, but Mackendrick being a no-name director he can afford to be very enjoyable (he really loathes New Wave films, though, but the book is really solid).

Another great book on film I can recommend to a non specialized audience is: 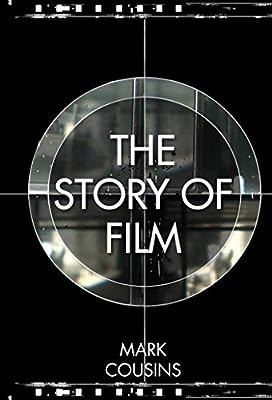 The Story of Film

Probably the best general history I’ve read, and one has to love Cousin’s classification of “classical Hollywood” as not classical, but romantic expressionist, and bringing up Ozu, Dreyer and such as the true “classical directors”. Highly, highly recommended. Might be out of date for the 2000s, though.

And for a great but definitely more specialized book: 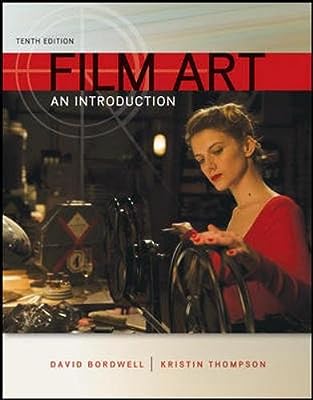 And absolutely amazing intro (hah, it’s more than an “intro”) to film technique and analysis. It touches pretty much everything (from a strongly formalist viewpoint) and its great to learn to appreciate films, but it’s not very practical and goes so much into the deep end that only strongly formalist filmmakers probably take into consideration technique at this deep a level. It is a great, comprehensive book, though, and it makes it easier to appreciate some works.

This is all Film Studies/MFA 101, though.

One of the classics is Easy Riders, Raging Bulls about auteurs rising to prominence as the Golden Age studio system started to wane. It details the 60s and 70s in Hollywood and how filmmakers like Scorsese, Lucas, Friedkin and Spielberg started to take more control of their projects, supported by the new generation of actors.

Easy Riders, Raging Bulls: How the Sex-Drugs-and-Rock 'N Roll Generation Saved Hollywood is a book by Peter Biskind, published by Simon & Schuster in 1998. Easy Riders, Raging Bulls is about the 1960s and 1970s Hollywood, a period of American film known for the production of such films such as The Godfather, The Godfather Part II, Chinatown, Taxi Driver, Jaws, Star Wars, The Exorcist, and The Last Picture Show. The title is taken from films which bookend the era: Easy Rider (1969) and Raging Bul...

It has its critics but it’s still a very good read.

I’ve not read a lot of cinema books recently — Easy Riders Raging Bulls might be the last one — and I tend not to read biographies in general, but I do have some older recommendations.

The Good, the Bad and the Multiplex by Mark Kermode – review

State of cinema overview by the UK’s most interesting critic. It’s definitely a critic’s book, rather than a historian’s, but a fascinating look at the modern business of cinema anyway.

The interviews with the director Martin Scorsese which make up this book reveal a man with an unbridled passion for film. This revised ed...

Faber did a bunch of these X on X books, and the Scorsese one is one of the best. The Taxi Driver/The Searchers chapter is particularly good. Hopefully it’s still in print.

Cousins made a documentary series out of it too. JustWatch shows it as available on AppleTV, though I don’t know if that’s true internationally.

The Story of Film: An Odyssey

The Story of Film: An Odyssey is a 2011 British documentary film about the history of film, presented on television in 15 one-hour chapters with a total length of over 900 minutes. It was directed and narrated by Mark Cousins, a film critic from Northern Ireland, based on his 2004 book The Story of Film. The series was broadcast in September 2011 on More4, the digital television service of UK broadcaster Channel 4. The Story of Film was also featured in its entirety at the 2011 Toronto Inte...

Another +1 to Lumet’s Making Movies.

And similarly, Cameron Crowe’s Conversations with [Billy] Wilder is another good book with a borderline-sycophantic younger director quizzing a grey eminence about their filmography and personal film theories. It’s not quite as good as Hitchcock/Truffaut but Wilder is a terrific director and willing to talk about how he got that way. There was also a fun documentary about the book Hitchcock/Truffaut that had the benefit of including clips from Hitchcock movies.

Big thumbs up to William Goldman’s Adventures in the Screen Trade and almost as big thumbs up to What Lie Did I Tell, where the frequently hilarious writer writes about how screenwriters fit into showbiz, and his experiences working on scripts that sometimes got made into movies.

Robert Ben Garant and Thomas Lennon’s Writing Movies For Fun And Profit is another fun, breezy look at the salt mines from the perspective of the miners.

Your wording is very neutral. Have you seen it? Is it worth watching. It looks like it’s widely available in the U.S. according to JustWatch. It’s on Hulu, Kanopy, Hoopla and Tubi.

Edit: It has really good reviews on IMDB.

I watched some of it at the time, but it’s not available here for free any more so I haven’t seen the rest. Cousins is generally very good though.