British gameshow: 8 out of 10 cats does Countdown

So I discovered this funny british Channel 4 math+word gameshow:

I don’t know who 90% of the guests are but the banter is hilarious. Hosted by Jimmy Carr.

I enjoy 8 Out of 10 Cats, and sometimes Countdown, but I’m not very into the crossover. ( and Rachel is a super hot math nerd)

Rachel is a local lass, Saaaaarthends finest, or as we call 'em round here a 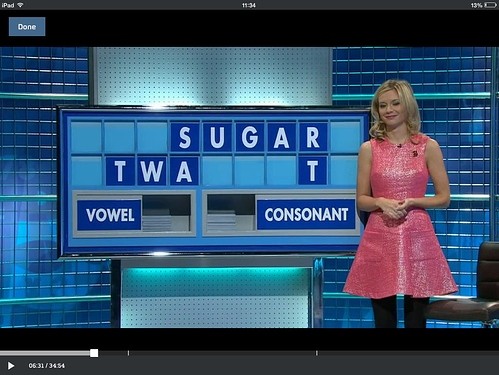 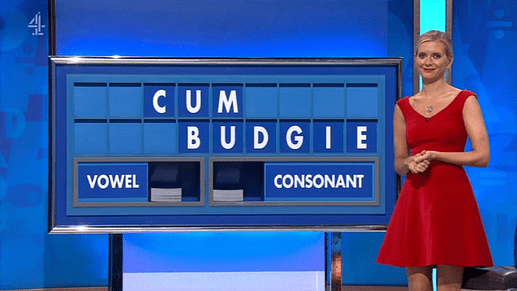 Pity about all the anti-Semitic abuse she gets from Corbyns mob, but that’s for P&R. Got to White Knight for her for a bit on twitter though 😄

Google Nick Helm on that show, he has a few hilarious songs.

Good thing I saw this. I think I’ve been saying “i-yo-odd” instead of “I-yo-odd-eh.”

This is one of my favorites. Sean Lock is at his funniest on there…some of his “mascots” are sheer genius.

But there’s really not much point watching the whole episodes. There are so many highlight videos on Youtube, just stick to those.

British comedy fans: the excellent Taskmaster is putting up a new episode from their back catalog every few days. The show is just brilliant.

8 of of 10 cats has turned into 1 of my favorite shows now. FYI, a few seasons are available on Britbox via Amazon Prime. I picked it up while it was 1/2 off during black friday.

It’s a super-fun show and OMG Rachel is a super-cute nerd.

I went down the 8 Cats rabbit hole and now I’m binging the hell out of Would I Lie to You!

This is like the greatest thing ever. It’s hilarious and whip-fast wit, and the bromance/rivalry thing between Lee Mack and David Mitchell is awesome.

Bob Mortimer has the craziest stories, and they always seem to be too absurd to be true, but. . .

I adore the show, and am lucky enough to watch with my British wife on our UKTVEverywhere box. Along those lines, if you have not seen the Big Fat Quiz, give it a watch. This year’s will be on Boxing Day at 4pm EST - https://www.youtube.com/watch?v=D1pEftAz9vQ

This one was pretty good:

Taskmaster is coming to the CW in August with the UK version, not an American remake.