A spaceship from Potato World crashes onto an alien planet. The sole survivor: Brotato, the only potato capable of handling 6 weapons at the same time. Waiting to be rescued by his mates, Brotato must survive in this hostile environment.

When will be the full release?

No date yet but I’m hoping it’ll happen in the next few months. Please add the game to your wishlist so you know when it’s available!

How much will the game cost?

Will there be an endless mode?

Most likely yes, although a standard run will be 20 waves long.

You will be able to unlock new items, weapons and traits by completing challenges/achievements in the game. (similar to Space Gladiators / Isaac)

And continuing with the Q&A format…

Wait, what’s an “auto-shooter”?
Something I just made up to refer to games like Vampire Survivors, 20 Minutes till Dawn, etc where you move the character but you don’t attack, it’s automatic.

Is the game out?
No, but there is a demo. In fact that’s the thing… the demo isn’t a 15 minutes experience, it can be played for a dozen of hours at least, thanks to the build variety, that’s why I made a thread for it already. I don’t know how much content the final game will have, but I suspect the demo is less a ‘demo’ and more the current build of the entire game.

Still, why I should play it?
This is a simple game, you always play the same square arena, trying to survive hordes of enemies. The star of the show here is the build variety. It’s great. You combine up to 6 weapons, character class, stat upgrades and many items to do all kinds of thematic builds. Spears, bazookas, smgs, tasers, punches, just in your defensive options you have many options, you can go with armor, speed, auto regen, big hp pool, leech, dodge chance…
Just look at this playlist for the build variety:

The dev of SNKRX (another auto-shooter) recently announced that they were ending further development, but suggested Brotato as a good alternative:

And if you really liked SNKRX and you wanna play more games like it the best I can do is recommend some. Ever since last year many games that are around SNKRX’s design area have been released, most famously Vampire Survivors and its clones.

However the game that I liked the most and that feels closest is a game called Brotato. It has many of the same ideas and systems, and incidentally it also solves quite a few design problems I was having with the rewrite. It’s just a really good and fun game. Currently there’s only a demo available but the full version should come out in a few months. If you liked SNKRX you’ll probably like this, so give it a try!

One interesting thing with Brotato is that the weapons have tags. Accumulating multiple weapons with the same tag gives you bonuses, Auto chess style. The different characters tend to lean into that by being especially good with melee or ranged, or something more specialized like blades or primitive.

It’s a much more “active” game than VS in that the movement and such is much faster (though I guess closer to the faster modes in VS, which I haven’t played).

Oh that’s a good point, it is indeed pretty similar to the SNKRX game, with how you mix several weapons and upgrades, and you move but it shoots automatically.

And speaking of similarities, this dev also made previously this roguelite:

Which I had my eye put on it time ago. Same aesthetic but more Dead Cells/Hollow Knight in gameplay, and it seems it also have tons of build variety (300+ items)

Thanks for posting. I thoroughly explored SNKRX, so Brotato is going to keep me up until 5am. I just need to pick the weekend carefully.

I blinked and lost an hour of my life to this.

It will release on EA on Sept 27. Retromation is showing new content here 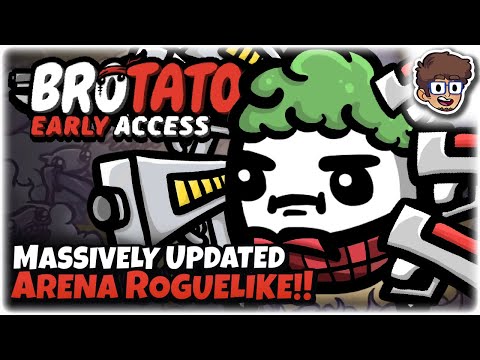 I saw “arena” and “auto-shooter with crazy variety” and thought FINALLY, someone is doing Car Wars!

I uninstalled it yesterday night because I was getting addicted and burning through it, and that’s a bad choice for a game in EA.

Brotato is going to keep me up until 5am. I just need to pick the weekend carefully.

Well, I failed to be careful. Fun game! Weapon merging plus unlimited/stackable items is a good amount of complexity. Would like a more interesting armor/shield system.

I’m playing less now, after the first 15 hours, but still it’s a nice game to have when you want to play something but that is low-commitment, and not something super complex or super long. 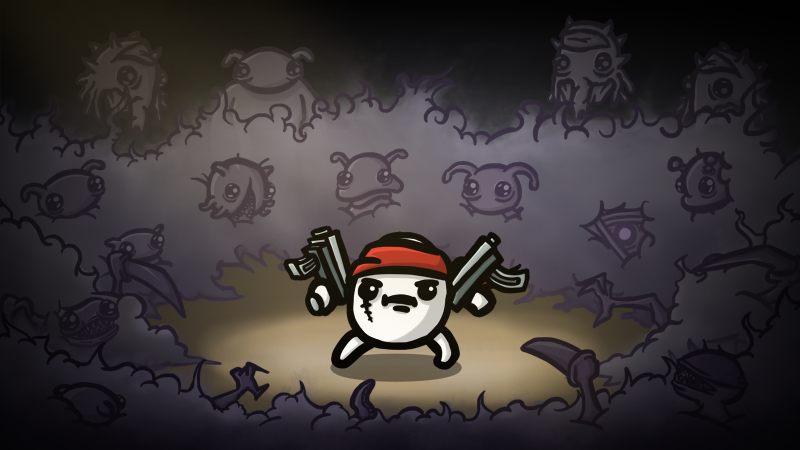 And several balance changes, including a rework of the Chunky character