I’ll go ahead and mark -1 pop for the crisis fail.

Sorry, had to reference the timing chart and the kids interrupted before I finished.

Wrong. Activating 5-6 first would destroy thay civvie. So the raiders in 7-8 would move to 4

Ooops sorry, that’s what I meant, just screwed up the question. Ok, 7-8 first, moving those raiders to 5-6, then 5-6 to blast the poor civvy.

Ok, just back from a grocery run. 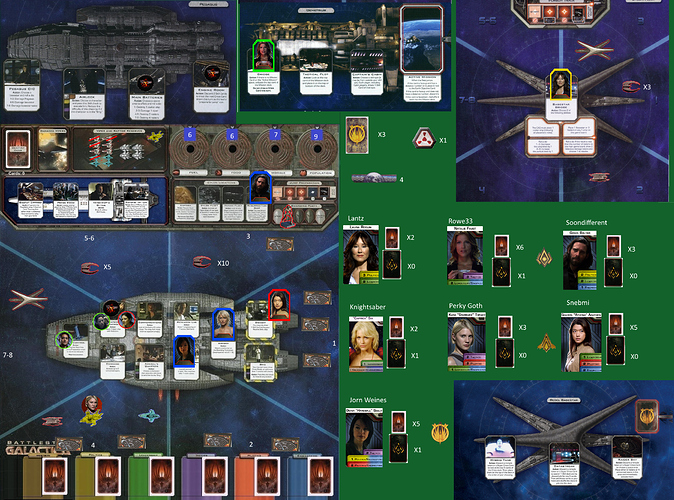 what do you think @lantz @Knightsaber, I can roll track and damage. They’re likely to jump next turn anyway so even if track increases it’ll still get us closer to next rendezvous (and it will likely force them to use FTL. what happens if Gaeta gives them an extra jump prep at the end of the track? do they jump immediately or at end of turn?)

Or I can use some super crises but I think timing is not there, considering lull ahead.

If Gaeta give a jump prep as part of the ally action, that happens immediately, before the player action step. So in that hypothetical the player would no longer be able to activate FTL as they would jump before they activate it.

I don’t think that we want to roll the track and risk resetting the pursuit track.

Sounds like your super isn’t a great choice now?

Maybe keep working our way through the civilians or damage and filling up the fleet board with raiders?

Whatever, just don’t hit me.