Every time I go to look at this game, I am reminded of this and lose interest. It’s just not something I want in a deckbuilder. Hope people are having a blast with it, though.

Cautious recommendation for Obsidian Prince after several hours of play.

It has a lot going on. The core of the game is tactical turn-based combat where you use one unit and fight against many. Somehow, this works really well. It is a little like Into the Breach combat but with a lot more freedom of action, meaning it is less puzzle like, more forgiving of non-optimal moves.

Most of this combat occurs as you explore dungeons of various types, accessed via a rather striking voxel overworld. Within this overworld, you are also building up a settlement, starting from very little, expanding to what looks like 20-30 buildings.

There is a tiny bit of deck building, done in a curious and creative way. Each hero you can play, there are various types, has a fixed suite of actions they can take but these get boosted by cards you draw each combat turn. You do not “play” the cards but they do enhance the actions you can take, for examples by boosting damage or reducing the energy cost.

Some caveats . . . the UI would benefit from improvement. It seems good enough at showing what enemies are going to do, but inventory and overworld get a bit messy. At present there is no inventory filter / sorting, hopefully incoming. Whilst is good / bad, it looks like despite being “roguelike / roguelite”, a “run” might take 10s of hours, since just one dungeon might feature 6+ fights taking a few minutes each. Not bad if you enjoy it, but maybe more of a long-play type game.

Be aware, though, of the following, which I posted on their Discord server two weeks ago:

Me: While playing the tutorial, I just finished clearing out the rats and assigning my first recruit to training. But when I then choose to exit to the main menu and then resume campaign, I’m told my recruit-in-training has gained one of the three backstories I chose for Basic Training after the campaign loads. I did this two more times, and now he’s gained all three of them. I can’t imagine this is working as intended?

Them: Hi @Mysterio thank you for the report. We’re aware this is possible it’s on our list, but not something we’re prioritizing fixing at the moment. We figure if people really want to circumvent the turns this way it doesn’t really hurt anyone. 🙂

But we may patch it up at some point so enjoy while you can. 😛

Me: That’s disappointing. Not everyone wants to “circumvent the turns;” we want the challenge, and we want to play the game as you designed it. To be frank, your game currently does not properly handle saving and loading. IMO, that should be a high priority fix. I hope you decide to fix it sooner rather than later.

Them: I definitely get that and appreciate you being frank about it as well @Mysterio !

Their attitude toward their save/load game bug was so off-putting that I haven’t touched the game since. And I’m a very early EA purchaser. :-(

I picked up Obsidian Prince with a bundle a little while back and am very hesitant to start it because of the bugs. I’m really intolerant to bugs and UI issues.

On the other hand, Across the Obelisk is absolutely amazing. It’s heading towards the holy trinity; Slay, Monster Train and Trials of Fire.

As Lykurgos mentioned earlier, the setup can be brutal. However,

The game design for AtO is exceptional but the interface is the real star imo.

On the other hand, Across the Obelisk is absolutely amazing. It’s heading towards the holy trinity; Slay, Monster Train and Trials of Fire.

Delighted you are loving it. If I manage to cure my Slay the Spire Downfall addiction, I intend to return to Across the Obelisk and unlock the characters I have not already, and enjoy trying them out.

I did find it helpful to swap in just one new character at a time, after learning how to play well with the starting roster, in order to smooth out the learning load.

Anyone else enjoying Arcanium: Rise of Akhan? It’s good! Included / available in Netflix. Haven’t tried it on Steam but have enjoyed so far on my Android tablets. The font size is a bit small for phones.

It starts as a simple and streamlined beginner-friendly single-player card game, which I like, with a bit of deeper strategy on second or third playthrough and on higher difficulty levels. Nice combos with a mana, potions, and artefact system. Fun to manage character builds and battles that vary based on builds. E.g. try and defend your ranged character with a defensive character and so on. The map layer is short and streamlined. Nice art. Your characters carry forward from prior playthroughs so you level them up over time. 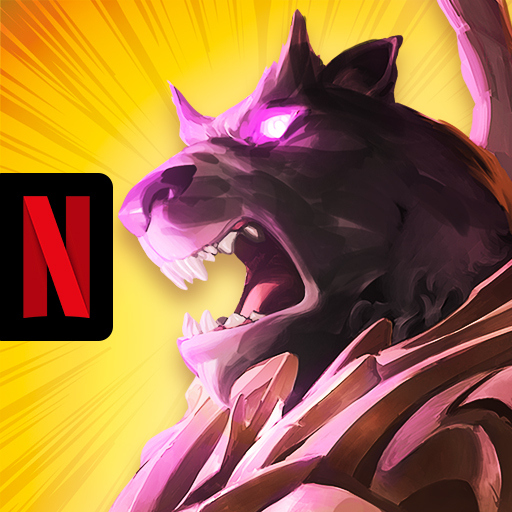 Anyone else enjoying Arcanium: Rise of Akhan? It’s good! Included / available in Netflix.

I played a little bit. I thought it was well done and an (essentially) free premium game. There’s just so many characters to unlock and level and stuff that I kind of wandered off. Not that those are bad things and it seemed balanced. My brain just likes the more obsessive optimization of known potentials of Slay vs so much unlock progression and etc.

Curious to hear if you stick with it and enjoy it, though. I could totally see going back to it at some point.

One of the things Arcanium does that is really cool, iirc, is incentivize having more cards and not away going for as mean a deck as possible. Having said that, as well done and pretty as it is, I just don’t find myself wanting to play it. I prefer a more streamlined experience.

One of the things Arcanium does that is really cool, iirc, is incentivize having more cards and not away going for as mean a deck as possible. Having said that, as well done and pretty as it is, I just don’t find myself wanting to play it. I prefer a more streamlined experience.

You know how Slay the Spire encourages a very thin, consistent deck, especially on Ascension 25?

Well, placing a little advert here. Slay the Spire Downfall manages to make fat decks viable. Through its combination of new relics, new cards, new characters, I am winning on Ascension 15+ with decks of 40 cards. In fact, given the mechanics of the new Act IV boss, fat decks may even be better than thin. This has revitalised my love for Slay, which tremendous as it is, did in its vanilla version have the feature that lots of the deckbuilding opportunities had to be passed over in favour of a lazer-focused, lean deck.

I would tell y’all to buy it now, but you cannot, since it is a free mod.

Some of the reviews of Arcanium say there’s a good overlap / inspiration from Slay, which I haven’t played. But, I will say that I personally like the 14 card deck size - enough variety but less waiting to use specific cards - feels balanced.

Just pointing out that you can save and load starting decks in AoO which greatly simplifies repeat runs.

I’m assuming you’re talking about Across the Obelisk? If so, I agree it’s a great time saver.

If so, you can also save and load Perks too with plenty of save slots. Plus you can import and export perk settings so you can share with friends/streamers.

The best thing is the combat reload button! Greatest thing ever for these super run times.

Some neat ideas here, with cards having variable effects based on gear, positioning being important, handling replacing energy/mana, each car having its own skid deck (you draw from this deck when handling reaches zero, and the number of cards drawn = current gear).

Based off a physical game, with the digital edition made by the folks that did Scythe, Card Hunter, etc

absolutely in love with Death Roads, really bummed I missed the kickstarter for the physical version.

Gordian Quest got a major update. This might sway some people over: 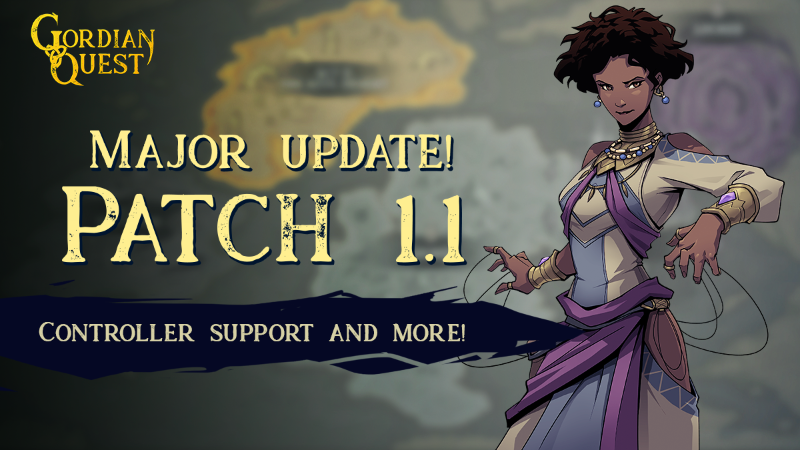 Hey Heroes! We'd like to thank everyone for their support, love and feedback. Gordian Quest 1.0 was not the end of our journey! In fact, we have just released patch 1.1 and it is now on the live build. Patch 1.1 consists of some changes that improves...

Across the Obelisk also got a nice QOL and balance patch 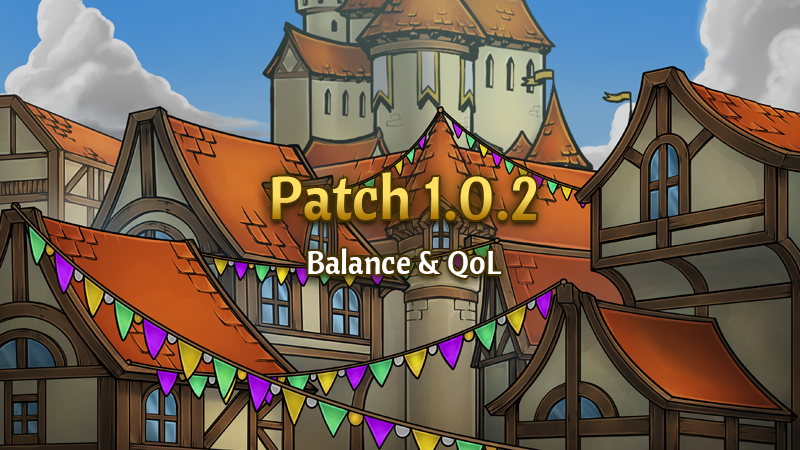 In Patch 1.0.2, we focused on adding several quality of life features, bug fixes, and a balance to level the playing field across lesser-used cards and heroes in the game.

Arcanium: Rise of Akhan left EA is now a real boy. I never played it but there are quotes from Hearthstone streamers regarding this game on the Steam page. However, forum favorite Wanderbot also seem to like this game if the quote on the webpage is to be believed.

Not to be left out, Vault of the Void is getting out of EA on October the 4th. 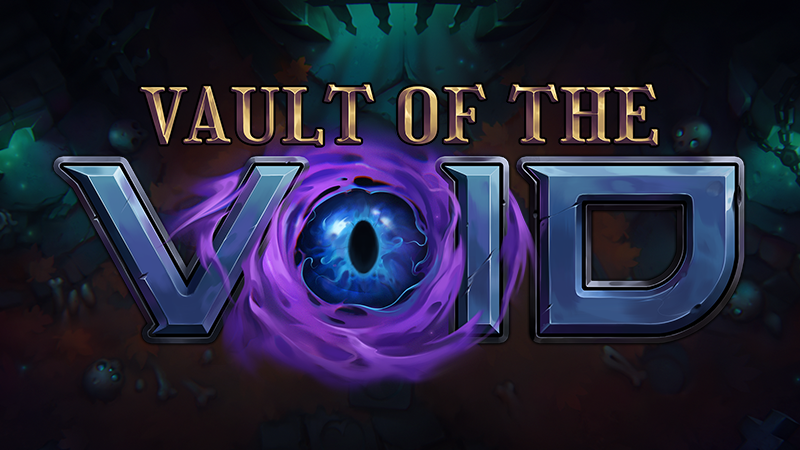 October 4th! Thanks everyone for an amazing EA experience -- I'm excited to share 1.0 with you all! - Josh

Finally, a sale on Erannorth Chronicles for 65% off. That’s what the kids are calling an ATL (all time low).

FYI Arcanium is free with Netflix (that’s for the correction Lantz). It is a very pretty game. From what I’ve played, it also seems pretty good, though I’m not personally big on games where you have multiple heroes with their own decks. If that speaks to you, it is definitely worth checking out.

Arcanium game launched in a weird way. Priced at $28.99 CAD which is quite high for game of this type. No discount, no pre-launch hype, no fanfare or news.

It is in fact, novel and marvellous. It has a very distinctive theme and character with a good dose of mature humour.

The gameplay might be most like the tabletop / board game versions of Lord of the Rings adventure game and Arkham Horror. Each mission, of which there are many tied into a meta-narrative, involves your navigation through and interaction with various locations, making use of your character abilities, a pool of resources, and special cards.

Everything comes in a “deck”. The location cards you can interact with are a deck. Your character abilities are in decks. The enemies you may face are in a deck. You can inspect all the decks at any time.

Combat itself is Hearthstone like, but also either always or usually optional, and possibly better avoided. Encounters can instead be resolved by using special cards and resources to bribe / scare / glamour away opponents, avoiding or reducing the actual combat.

One big caveat . . . is that this is not at all like Slay the Spire / Roguebook / Monster Train et al. The emphasis is very much on the narrative and adventure, and far less so on the mechanics or deck-building.

Arcanium is in Apple Arcade

On Android free if you have Netflix. They haven’t updated it to the new version yet though.

Yeah, I goofed there, thanks.