I had some recent portable time to kill with the Switch, and decided to fire up a few Monster Train runs. Previously, I had only gone about 6 covenants deep with various combinations of the first three factions, and only beaten the base difficulty with the remaining three.

I knew there was more waiting to be unlocked and to try out, but kind of assumed I’d seen all of the major mechanics. But they keep introducing pretty novel twists deep into those faction unlocks. My last three runs with the candle people each used very different strategies that relied on weird combos with the supporting factions that I wasn’t sure would work, but totally did.

I’m preaching to the choir here, but I am super impressed with this game’s longevity. They pack so much content into an easy-to-play system without making it seem overwhelming.

Beating most deck builders once isn’t a full representation of their challenge. They offer escalating difficulty that, in a good way, forces me to engage more with their strategy, design, and systems. Where does it end? As in, where is it a test of patience or endurance to get a win and not understanding?

My first pass desire is for these escalations and ascensions to tell me this tier is the last one where the designer believes optimal play–a full and nuanced understanding of mechanics–will allow a near 100% win rate. I don’t want to bother running the odds as they decrease after that point.

But, how much will I confuse partial understanding and a lucky break with having comprehended the totality? A second pass desire perhaps more accurately or usefully could be: I want to know when I’ve understood 50%, 75%, 90%, 95% of what’s going on. Stuff remains to unlock but I already have 95%? I’m outta there. I think the game is shallow because simple thinning strategies work (first impressions of Slay the Spire) but the game can let me know FOOL, THOU HAS SEEN NOTHING, I might give it that extra play that lets it unfold.

What do you think communicates that understanding well? Eternal has a bunch of puzzles. They show interactions and nuances that the designer knows and believes aren’t obvious. Maybe Slay the Spire’s Ascension 20 with its 20%(?) win rate is only that high at the 95% understanding, and even 90% understanding has a less than 1% win rate. Thus victory at that level is high-confidence proof of mastery.

Beneath Oresa isn’t out yet, but has a limited demo. Really pretty art style and some interesting ideas.

I finished the demo and really enjoyed it. Definitely try it, if this genre interests you.

I follow games on Steam that interest me, but only add them to my wishlist when I know I’ll buy them. I added this one to my wishlist.

Everyone in this thread needs to play Downfall.

I loved Slay the Spire, beat the Heart on max Ascension with all original heroes, but after progressing onto many other Slay the Spire likes with new features, did not ever expect to revisit it.

You get to play as the freaking bosses, and elites, and GO downward, a completely new direction. You mostly fight against the same mobs, but with completely different cards, decks, some new relics, and the boss fights are against versions of the heroes, and a certain boon-giver.

Does this change the base game at all? New cards, relics, etc? They talk about a new class, the Hermit, so I assume yes but almost all of the advertising and chatter focuses on the mode where you play as the bosses which doesn’t interest me.

Does this change the base game at all? New cards, relics, etc? They talk about a new class, the Hermit, so I assume yes but almost all of the advertising and chatter focuses on the mode where you play as the bosses which doesn’t interest me.

I don’t think it changes the base game except for adding the new class. The Hermit plays just like the other classes in the base game. Unique cards, maybe a few new relics as unlocks too, unsure, but there is otherwise no change to the base game.

Playing as the Hermit alone is pretty super. I am not sure I will want to climb all the way to max ascension with it, but it has been great fun to reach the Heart with it using the unique mechanics.

Small quibble, but i think you should put at least the name of the the thing that everyone should play in your initial sentence. Maybe I’m half-asleep still, or maybe I just didn’t recognize your name, but i was halfway typing in Lykurgos into Steam and wondering whether it was an Epic exclusive…lol

I shall check out Downfall then.

Also, there is no game name Lykur…incase you’re curious…

I guess this is the right thread for this? Marvel announced a new digital card game called Marvel Snap, for mobile and PC. From the gameplay preview, it looks pretty streamlined: 12-card decks, games last six rounds (about 3 minutes), and simultaneous play. They said that all cards can be acquired through normal gameplay without paying any money (but we’ll see if that’s actually true). 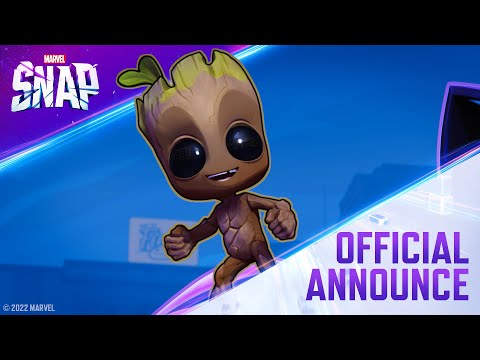 I played Hearthstone for a hot second, but it quickly became overwhelming. I’m hoping this is more accessible.

guess this is the right thread for this?

This may sound weird to the uninitiated, but card games where you construct a deck (e.g. CCGs) != deckbuilder. In deckbuilder games, your deck gets heavily modified as you play (Slay the Spire, not Hearthstone). This belongs in a CCG thread, but not sure if there is a general one, and you can’t search for “ccg” because search is stupid. This has a Gwent vibe to it (winning 2 of 3 locations)

I think I just played the saddest deckbuilder I’ve ever played, Iris and the Giant. The story is told in a very simple manner, but manages to make an emotional impact. It also plays a little differently than many card games, in that you also need to manage the geometry of new enemies entering the area where they can attack, and possibly be attacked. It may be beneficial to not kill one enemy to prevent another from getting into position.

One other difference is that cards are used up when played, and it’s game over if you run out of cards, so deciding when to take cards vs abilities during ‘level up’ becomes an important choice, along with whether you want to burn a card to get some loot along the way. I know this may turn some people off - it did me at first, but I didn’t find it too unpleasant.

It also has persistent unlocks between attempts to ‘win’ a campaign, and the ability to equip special abilities and allies between runs. While I didn’t enjoy it as much as Slay the Spire or Monster Train, recommend trying it. I’m pretty sure I got this in a Humble Choice or something, so many people may already have it. I didn’t expect too much going in but was pleasantly surprised. I didn’t enjoy the art style but liked the game enough to continue.

Didn’t see this one on here and found it while stuck in a hospital with family. It’s on mobile and Steam. Might even be my favorite new deckbuilder. I’ll be streaming it from my phone with the jankiest setup at some point today.

Do you know anything about Dawncaster, by any chance?

A steam review said the mobile (in preview it look like, so seemingly free for now) version is “slower” than the PC version. Do you know what they mean by that?

yep, played both. on mobile you can buy the currency that unlocks stuff which allows you to jump start/skip the unlocking of new classes etc. To balance this, the default speed you earn the currency is slower. The bundles that show up in the shop add permanent progression bonuses and in the end if you buy 3 of the bundles you end up with somewhere nearish the steam progression speed at about the same amount spent. I just wish it had cross progression though it does look like you can copy the save file from steam to android.

had to look it up because it’s been a hot minute since I played it but I remember really liking Dawncaster. Might redownload and try it again if you wanted more info. I played it a fair amount I think.

I haven’t been playing on iPad lately, but noticed it in the shop and had a hard time finding a video for it I could stand to watch for long. No big deal, was just curious.

Is there any backstory to this Breach Wanderers game? Why are we wandering the breach? Am I correct in seeing that the only things on the absolutely stolen from Slay the Spire map are enemies and “?” encounters? I assume big enemies are elites, but then what does the skull mean?

you could always go play Slay the Spire ;P Isn’t everything in these games taken from another game anymore?

Am I not allowed to ask questions? The game doesn’t explain any of the things I asked.