It’s a game which still haunts me that way, and feels like it could really use a good computer adaptation to manage so many of the rules.

Realmspeak? Though I guess it does not do much in the way of rules enforcement.

So here’s my question about Apocrypha as campaign game:

And when both 1 and 2 were brought up in Apocrypha threads on BGG, I believe the response from Lone Shark was “Yep, you’re right about the first point, and probably right about the second. Play it the way you want.”

So has anyone come up with a good framework for that?

…as a campaign, [Apocrypha] apparently can get “too easy” if you use the same set of saints for a full cycle of scenarios. Campaign. Whatever.

So has anyone come up with a good framework for that?

Yes! Very glad you asked! I’m not sure I understand your #1 point, as some chapters are designed to present difficult choices about the order you play the missions. Unless I’m misunderstanding you, that seems to be working as intended.

As for things getting “too easy”, I have two responses. They’re both related to a variant I’ve been working on to increase the amount of pushback over a chapter:

First, I feel Apocrypha simply isn’t viable as a game about developing characters over the long term. Unlike the Pathfinder fantasy games, it’s just not built for that kind of progression. So the starting premise for my variant is this:

…character’s decks and fragments will NOT carry over from chapter to chapter. I would suggest a thematic justification is that these aren’t RPG characters gaining levels in a fantasy or sci-fi world. Instead, these are characters in a series of books or episodic TV show who “reset to zero” between adventures. Until the next challenge, Ophelia goes back to her job at an environmental non-profit group, Lockeheart resumes his career as a burglar, Frank Block gets his badge and his gun back from the lieutenant, and Dr. Zeez re-opens his practice on the seedy side of town. Yeah, yeah, I know this is supposed to be an apocalypse, so it might be a stretch to suggest that characters have normal lives to resume. But that’s the best thematic justification I’ve got.

Once you accept that the characters will reset to zero between chapters, this variant escalates the difficulty over the course of a single chapter, with rules for wins and losses, and a score at the end of the chapter. But because some of the chapters use wacky game-bending rules and variations, I’m not sure whether there are any snags with the unconventional chapters. Some of which are plenty difficult as is, by the way!

The basic idea is that the Omens of Hope are more quickly bled out of the stash, so as the campaign progresses, you’re faced more and more with the Doom side of each Nexus. Here’s how it works:

When you play an Omen of Hope, the check for whether to stash the Omen is no longer a number compared to that Saint’s number of Enduring Fragments. It is instead a check against the total of all Saints Fragments, both Enduring and Fleeting, + x, where x is the number of missions you’ve completed.

This encourages you to use your Fleeting Fragments each mission rather than save them up. This also weights the collection of Omens more quickly to doom. My feeling is that once you have to start relying on Omens of Doom to progress your mission, the difficulty level gets a solid boost. Now you’re frequently dealing with each Nexus’ negative effect and it’s harder to guard against a fleeing Master.

I’ve tested it a couple of times with the core set’s tutorial campaign, which isn’t saying much since they’re basically tutorial missions. But it created difficult choices about when to use Omens of Hope and it made the order of missions even more important because they’re going to get harder as you play. So do you start with the more challenging missions, to get them out of the way while you still have Hope? Or do you improve your decks first, but risk the balance of Hope/Doom turning against you?

I was in the middle of running it through the Skinwalker campaign earlier this year, with plans to write it up and post it on BGG as a variant. Here is a basic outline of the variant as it exists now.

Although I will admit to taking it a bit on faith, since Apocrypha is packed up. But this makes it a good candidate for my first boardgame in the new digs! But also, this gives me some time to re-read the online “living” manual and watch some replays too.

It’s a game which still haunts me that way, and feels like it could really use a good computer adaptation to manage so many of the rules.

Realmspeak? Though I guess it does not do much in the way of rules enforcement.

BGG has the updated rules AND a tutorial! 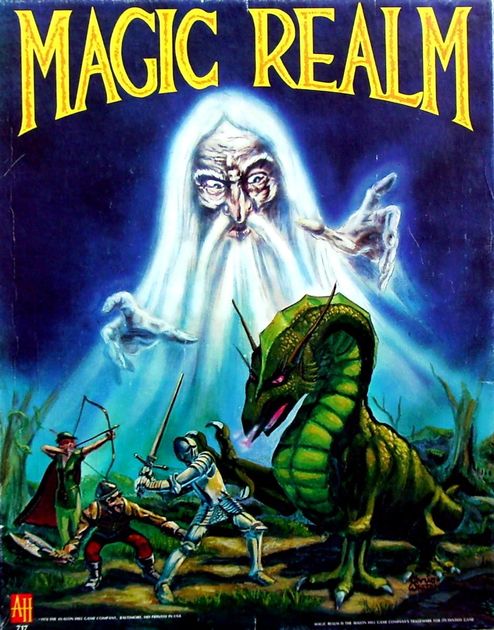 And a brief overview, with in depth links: 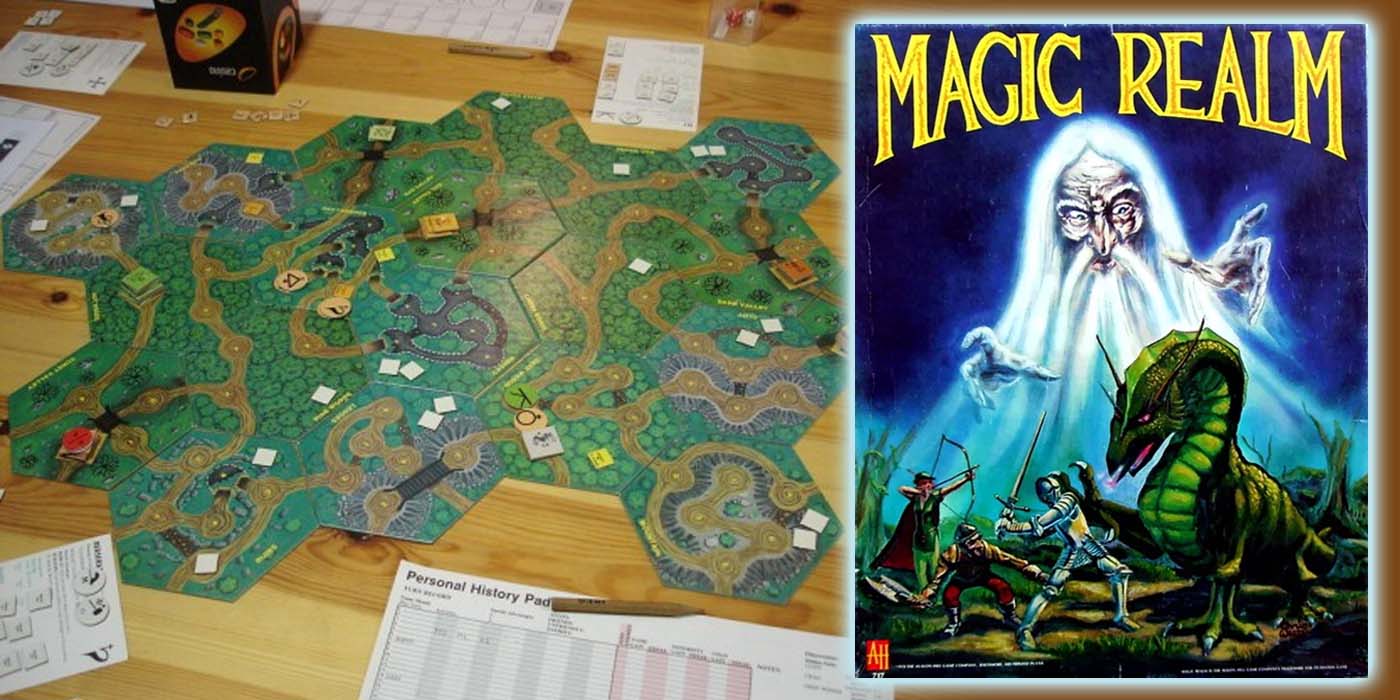 Magic Realm - The 2nd Most Complicated Board Game Ever

With so many 'fiddly' tabletop games out there, there must be some that go beyond the call of fiddliness. Magic Realm is a contender.

Oh wow, you hadn’t realised all the work over the last few years on the tutorial project, rules re-writes/re-orgs, etc!

It’s never been easier to get into Magic Realm thanks to the insanely awesome work those folk have done.

If you want to go the whole hog, and your the crafty type with way too much time on your hands, don’t forget about Karim’s famous re-design!

UPDATE : the full set is finished : [ImageID=323093 medium inline][ImageID=323092 medium inline] [url=https://www.dropbox.com/s/2s8mkr5sbzsfefo/MagicRealmRedesign.zip?dl=0]Download here[/url] This is my original post : [q]So here I am, I search...

lol, perhaps one day I’ll get to actually playing it as well!