Can anyone suggest a car?

Hmmm, don’t think I want my ass sucked in the snow (or sun for that matter) :-)

Don’t knock it 'till you tried it!

I had a co-worker who had a Speed3, and they also had lots of issues after 4-5 years, they sold it after the 2nd big repair bill. Maybe that is why they don’t make Mazda Speed versions of their cars anymore?

Mazdaspeed’s were emphatically not indicative of run of the mill Mazdas. They were torque-steering monsters of excess, wicked fun but hardly the epitome of the solid econobox experience.

It very well just could have been those models. Mine ran so fast the poor thing couldn’t keep up with itself it seems.

I’m not looking for a sports car by any means, but I just don’t want to struggle going up a mountain road.

unless you are talking off-road or in the snow, no modern car in US is going to struggle going up a steep road. Yes, in a small 4-cylinder the transmission may downshift such that engine is pulling 4000 rpms, but the engine is fine. Its designed for that. But many people think “oh my, that can’t be good” when they hear the revs. Nope, its fine. Same when you are needing speed to merge. The engine will rev like crazy but its fine.

My Miata revs at ~4k at 80mph. I’ve driven it hours cross country like that. I’ve reved it way higher on the track for hours. Again, its built for it.

Now the small 4s with turbos don’t rev as high. I’m also a bit suspicious of the super long term reliability. There is alot of heat and complexity in those setups. YMMV.

My thoughts
Its a bad time to be in the market, but some deals can still be found. Used car prices are also inflated.
Honda, Toyota, Honda, Hyundai, Mazda, Kia make efficient, reliable cars, but check out dealer service in your area.
A SUV/CUV adds extra space at the cost of weight and complexity. I prefer small hatches myself.
AWD only if weather in your area requires.(adds weight/complexity)
For a long-term or high mileage, I’d personally not get a turbo car.
Bigger wheels/lower profile tires are all the rage. However bigger wheels = higher tire replacement costs and higher chance of a pothole damaging a wheel or tire.

These days, if you anticipate snowy roads, and for steep roads, I tend to recommend Subarus. Half the cars around here in the Berkshire/Adirondack/Catskills country are Subarus. They aren’t the most fuel-efficient, but they aren’t bad. High clearance and All-Wheel drive.

Same here in the PNW. The Outback is the semi official car of Portland. It is also what I drive, and just got home from a cross California national park trip through mountains the entire time, and it pulled 28.8MPG for the trip.

@robc04 knowing your location (Utah) it is not a bad choice. That said your hill fear is overdone. I took my Honda Insight up Blue Star Mountain, which is a gravel and dirt mountain road up a mountain. Yes with the zero clearance I had to go slow and careful around holes, but it was absolutely not an issue. Any modern car, as noted by @eliandi almost any modern car is going to be fine, unless you go serious offroading.

I googled big hill utah, and this is apparently what @robc04 will have to traverse. 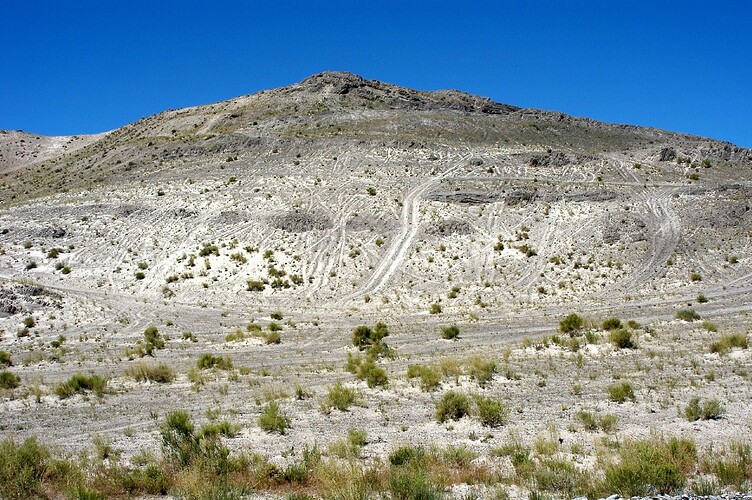 Hyundai/Kia are the same company, basically just trim level and styling changes. They are really knocking it out of the park these days. They have made a strong and successful effort to match Honda & Toyota quality, I’ve been very impressed with their latest models.

My #1 recommendation would be a Honda Civic, or Accord if you want/can afford something a bit bigger. Toyotas seem a little more spartan, but also have incredible reliability records. As a person who has owned three Mazdas (a 323, a Protege5, and an MPV), I’m sad to see they have dropped a little lower than Honda/Toyota. Basically, they lack the R&D money to keep up, which stinks because they have made some great cars.

If you are looking at a hybrid model, then Toyota all the way. Honda’s hybrid powertrain is terrible, because they wanted to avoid Toyota’s patents (I put 125,000 miles on a Civic Hybrid before it was totaled in an accident - actually got worse gas mileage than a gas 4-cylinder version). Can’t say much for Ford quality, but their hybrids are good because they bit the bullet and licensed Toyota’s system. They don’t make small cars anymore, though (the Escape and the EcoSport are the smallest SUVs they make now, I think). Generally, I still avoid American cars (except Tesla). My wife had a Ford Edge, which used a twin-turbo 4-cylinder. It got significantly worse gas mileage than her current ginormous Hyundai Palisade, which has a normally-aspirated V6. It’s a 7-10 mpg difference, and the Palisade is faster despite the size difference. Not sure how either company managed that, though Ford did completely redesign that twin-turbo four after only one year of production. It was hurting CAFE when it was supposed to be helping. That doesn’t reflect well on their design & testing process, which makes me wary of anything with the Blue Oval.

Stay away from Nissan. Their quality has dropped like a stone. They are like Japan’s version of Dodge now. Lots of pricing/financing incentives to get you to buy one, but they will make it back in repairs. They are really the “Renault-Nissan-Mitsubishi Alliance.” French car company in charge explains the plummet in quality. Run away! Same goes for Peugeot-Fiat-Chrysler (now reformed as a Dutch company & renamed Stellantis) - that’s a car quality demon forged in the deepest reaches of Hell. “Hey, let’s take the worst car companies from three countries and merge them, the corporate synergy will magically make their cars stop being dung!”

Remember, I work for a company that sells repair parts. This is like a bullet list of how long we stock parts for different cars. We stop carrying parts when sales drop because almost all of a particular model have ended up in the scrapyard, so there’s no demand. We still carry parts for pre-2000 Hondas and Toyotas, 'nuf said.

I have regularly driven a Corolla, a Civic, and a Mazda3 at some point over the last 10-15 years, all 4-door sedans. (Currently driving a 2013 Mazda3). The Corolla was pretty easily my least favorite of the three to drive, but my wife did put 200k miles on it with basically no issues and the only reason we traded it in was because she got rear ended and totaled. If I was buying something in that class and price range today, I think I’d probably go back to a Civic, but I don’t think any of the three is a terrible choice or anything. None have had any major issues above and beyond regular maintenance and then the occasional couple-hundred-$ thing as they got older.

(Honestly, I’d prefer something smaller; today’s “small sedans” are larger than the Camry that my mother dragged three kids around in through much of the mid-90s. Americans have pretty clearly spoken though, so what can you do.)

Oh, and our Seattle store sells more Subaru parts than the rest of the chain combined. They really are the Official Vehicle of the Pacific Northwest. Good cars, an Outback was on the list of cars my wife was considering, but the luxury of the Palisade carried the day, and we live in the desert.

There’s a reason we are seeing so many hideous grilles now (the Lexus wrap-around ones particularly give me the dry heaves). Car manufacturers have started making more distinctive grilles because the USPTO lets them get trademarks on them, and they are working diligently to monopolize the repair market. Other parts may be protected by a design patent, but those only last 14 years. Trademarks can live forever. Grilles are almost guaranteed to be broken in even minor fender-benders, and the trademark means the grille is often the most expensive part to replace. You can buy a third-party replacement for the radiator behind it, but not for the grille.

Ugh, well that is depressing.

But why can’t they at least make them look good?

Gimme this with updated tech and 40mpg plz. 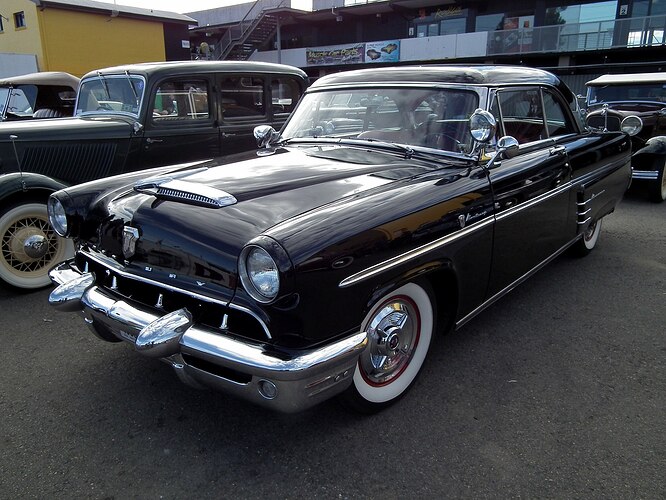 There was a girl named Kia at my high school. And she had some BIG. OLE. TIT-TAYS…Hoo lord

Some vehicles that received high marks from several independent review sources and are under $25K (although pandemic pricing may put you a bit over right now):

Personally I have never owned a Subaru, but have heard good things. I have owned vehicles from Honda, Toyota and Kia, and they’ve each been very reliable and fun to drive. My personal favorite manufacturer right now is Kia thanks in part to their generous 5-year 60,000 mile bumper to bumper warranty and 100,000 mile powertrain warrantly, damn near twice as long as other manufacturers. I’ve had two Kia Sorento’s now over the past 9 years, bought the first in 2012 and it has been so trouble free and reliable that I gave it to my daughter to use as her car when she turned 16 and bought myself a new 2020 model (last summer, when “pandemic pricing” meant steep discounts because of zero sales, not MSRP markups due to low inventory). I highly recommend the Sorento, but it is not a sub-$25K vehicle these days, so I’d look at the Seltos or the Sportage instead. Same crossover SUV design, available AWD, great warranty and reliability, but smaller and with a smaller price tag.

If you are a ASPCA member, you can get a Subaru at 2% below invoice price. 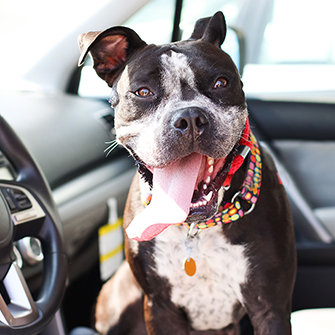 ASPCA partner Subaru has a special offer for qualified ASPCA donors: its VIP Partners Program. As an ASPCA Guardian or Founder, you may qualify for this exciting program from Subaru.

If you are thinking about a new car next year, its a good time to sign up now, as you have to be a member for I think 6 months to qualify.

My wife and I went out today and got a Civic Sport. We wanted the EX trim, but there were none to be had. The only reason the Civic Sport was available was because a guy was supposed to get it today at 10:30 AM and cancelled. There were some used ones, but with 30K miles on it they still priced it as new.

Thanks for the input everyone.

Civic is a solid choice. My Insight was the best car I ever owned. I’d still have it, were it not for our camping oriented lifestyle.

When my wifes car comes up for replacement you can be damn sure a Honda will be on the short list.

Grats! You should be very happy with the Civic. In that class, the Civic is usually the comparison winner when the car mags do their thing, for what that’s worth, but pretty much everyone agrees is is a great car. I have the Type R, the sort of evil biker twin of the regular Civic, but it’s still a Civic underneath the go-fast parts. I love the platform, it’s very solid.

I went from a civic Si to the civic sport this January. I think you’ll be happy with it!

I’m a Honda fanboy. I’ve had a few civics, they run forever. I now have two CRVs, one from 2005 with only 95K, the other a 2021 that I bought back in May. I just bought our daughter an HR-V, smaller than the CR-V but still plenty of storage space.