Can I use an external DVD on my Xbox

I’m trying to repair my son’s xbox 360. The optical drive seems to have failed. It makes loud whirring noises for a bit when you first put the disk in and now it won’t load games anymore. :( It’s been failing like this for a while now, but I think it’s finally given up the ghost.

I opened it up to see if cleaning would help. It didn’t. Someone on CL has an 360 external optical drive. Would that even work?

Does anyone know, or has anyone been in this situation? If so, how did you resolve it? Do they sell internal DVD parts for the Xbox? Somehow I thought you could only get certain parts for an Xbox, like hdd or controllers, but that DVD drives weren’t an option. I could be wrong.

It’s kind of a pisser to figure out what to do. He has a library of 360 games (including GTA5) which he wants to play now. But the new consoles are just around the corner, not to mention Xmas.

The external optical drive will only work with DVDs and HD-DVDs, not games. You can’t just switch drives around since the motherboard is coded to only work with the internal drive that’s in it right now.
However, you can buy replacement lasers for the drive: http://secure.llamma.com/catalog/xbox-360-major-parts-c-73_86.html

Or you could buy a replacement drive (or RRoD console)and flash the firmware, but that requires information from the shadier side of the internet.

Or you could buy a replacement drive (or RRoD console)and flash the firmware, but that requires information from the shadier side of the internet.

Heh. My son just asked me if I knew how to solder. I was like you’re talking some super hacker skills now my friend.

Thank you corkeh! It looks like there is still some soldering required (or something) to replace the laser. I will have to give it some thought. It was a little past my comfort level to just rip the Xbox open. I’m not sure I’ll be able to get it done. Now I have to decide if it makes sense to buy another xbox 360.

Don’t you risk getting banned since pirates used to seek out special drives to hax0r with their console?

I’m pretty sure you can just change the serial number or whatever without putting the “special” firmware on it.

Jesus. If you buy a new Xbox 360, you can’t use your old hard drive anymore. Man, so much for buying a slim 4G’er to get me through.

Jesus. If you buy a new Xbox 360, you can’t use your old hard drive anymore. Man, so much for buying a slim 4G’er to get me through. 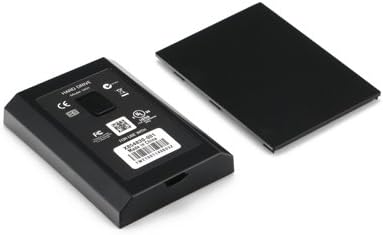 Then this is the product for you. With the use of this case and videos available on Youtube.com you can format and install your old HDD into your new SLIM. If your Xbox 360 Slim hard disk drive case i ...

Awesome. I purchased it. Now to get the 4g’er on Monday. Thanks for the help guys! Much appreciated Armiger.

Most likely. Opening your console for anything will void it.

Putting a hard drive in doesn’t void your warranty, the consoles are designed to allow that. Though if you ever send it in for service you may want to take that drive out since it’d be using a third party enclosure.

Awesome. I purchased it. Now to get the 4g’er on Monday. Thanks for the help guys! Much appreciated Armiger.

Glad to help. You’ll have to specify which destination for game installs/saves between the 120gb or the internal 4gb.

ah, all good stuff to know. Much appreciated guys. I’m so grateful I have a place to get these sort of questions answered.

I’ve used two of those enclosures (well similar ones off of ebay) to convert two old style official 120GB xbox 360 hard drives to use with the slim xbox 360. It only took a few minutes to do and has been working great for a year now.

Nice. Thanks for the recommendation ARogan! I picked up a slim at lunch and my enclosure is on its way from Amazon. I’m almost sure my son will just jamb the old drive in there to get in his GTA fix (with the 8G mandatory install)!

Haha, it’s crazy because I have to educate myself (read: ask here) every other year or so when catastrophe strikes, and then I go back to being hopelessly clueless. I know way more than I ought to on the SKU differences for the available Xboxes.