The demo is now live, available until June 22, reportedly the same content as the 2nd playtest. 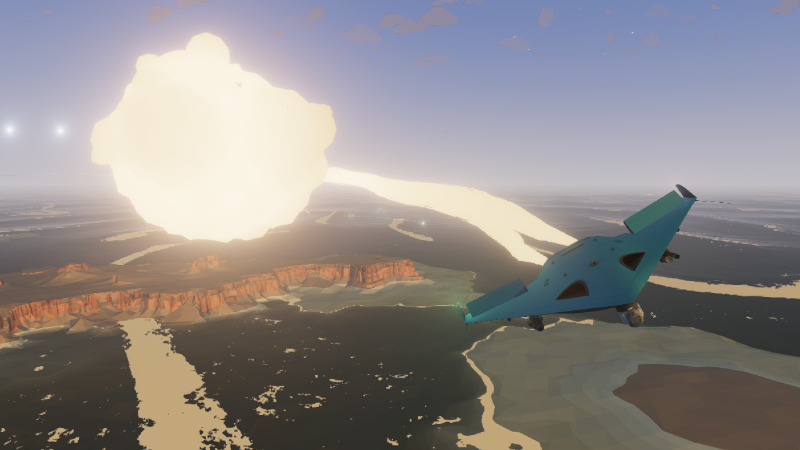 Dear Players, We are taking part in the Steam Next Festival, which is 6 days where games releasing soon share their demos, and do live streams. We have a free demo live now that you can download and play through Steam. This version of the game is...

5 minutes with it was enough for me to decide this is not for me and never will be. I’ll continue to hold out for an updated version of Hostile Waters.

I’ll write a more detailed post later, but I have rarely been this impressed by something that could so easily disappoint.
Wonderful first impression, and I hesitate to spoil any aspect of it to old fans who are going to come fresh, like me, into this.

Wow what a rollercoaster you guys.

Oh you are gonna love this so much Brian. The demo is limited, but even just the basic way to interact with the game: I know you will be fond of it ;D

I’ll add that in my experience with a 360 controller, the gamepad support is kinda bust. But it doesn’t really matter because the game seems meant for keyboard and mouse.

Wonderful first impression, and I hesitate to spoil any aspect of it to old fans who are going to come fresh, like me, into this.

That’s good to hear. I’ve been waiting for this since it was announced. I didn’t apply to the playtests and will definitely not play the demo. Instead I will buy it day one and attempt to keep my hormones under control.

Obviously I can’t expect anyone not to discuss the demo so I guess I’ll bow out of the thread until release. Have fun, those of you who are jumping in now!

Oh you are gonna love this so much Brian. The demo is limited, but even just the basic way to interact with the game: I know you will be fond of it ;D

You were right. holy shit.

Okay I will write some of my impressions and blur them.

Looking through the options, I see I can make a little avatar. Why not.
The first impression was incredible. When I saw the command room, I thought “oh, can I”. Yes, I can. Walk around the carrier! That amazing first impression is further blown out of proportion by the realisation that all the switches in the command room do stuff.
Manipulating things wasn’t very intuitive at first, but then I got around it. The interface tropes of the original are mostly respected, although the screen needs some initial ordering to accommodate the tactical scale.
Then came the time to use the carrier’s weapons, and oh my, that thing packs an insane punch. The explosion are so over-the-top, I felt almost bad for the little island I unleashed hell upon. Sending your Walruses around and doing support arty is quite exhilarating.
One amazing moment to me was, from the comfiness of the command room, I was looking at screens and seeing some encounters; fine. Jumping into the Walrus’ camera changed the perspective, with shots being fired from everywhere. It was really funny to experience that drastic change of point of view.
Other things I noticed that I liked: the time compression is dynamic, slowing the game speed down as you approach islands; when sailing by on the carrier, if you drop arty, it will lay down imprecise fire, in the way of World of Warships, a touch I really enjoyed.
Oh I noticed near the end of my playing around with the demo a very important thing. I saw that lots of screens were duplicated. I pondered that a bit, but then came the realisation when browsing some of the screen interfaces: the game seems meant to support multiplayer. I recalled then the strange avatar thing, and figured it’s probably going to be played with multiple people walking around and manning interface depending on the tasks at hand.

Frankly, those impressions are badly thrown together, but they probably mirror the feel I have experienced: that of having a little kid’s crazy dream sequel given reality, over 30 years later. I just can’t wait.

I think Carrier Command was game No. 3 on my A500? Breach and FA-18 Interceptor were No 1 & 2, respectively. Bought from little computer stores in Orlando when I was in NUC School.

Looks as it may be!
(Well, Gaia Mission was hardly a sequel, it felt like a stripped down version with infinite respawns)

Sorry, I meant is this game a sequel to Carrier Command (the original), or a sequel to Gaea Mission (see I spelling it “correctly” that time)? The answer would appear to be that thankfully, it’s nothing at all to do with Gaia Mission, which really wasn’t much of a Carrier Command game at all.

Exactly!
(I can’t stop putting exclamation marks everywhere in my post in this thread, that’s how excited I am!)

Allow me to add to the excitement with… the original Carrier Command theme! 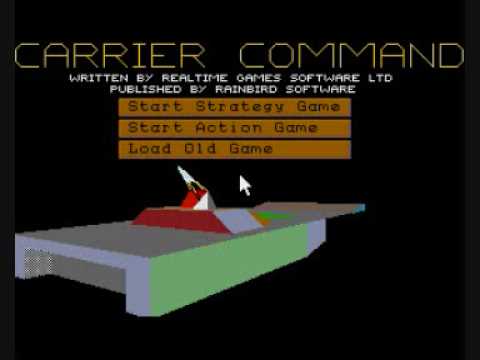 I am hoping for a remix.

I still remember that music vividly; was brilliant on my old Atari ST. This remake has me stoked - much closer to the spirit of the original than the poorly executed Gaia mission. The demo shows promise - please, please don’t screw this up.

You could have at least posted the full version… 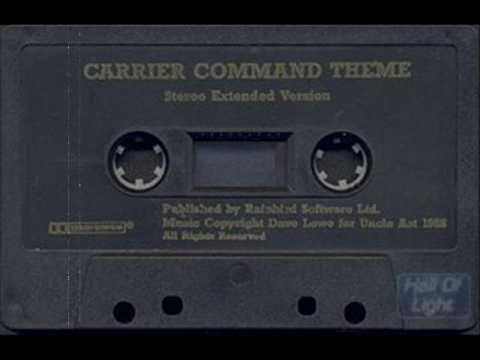 Sure, but that’s the extended version you get on the audio cassette, not the version in the game which was that short 45 second sample of “the best bit”. I think you needed to have a double sided floppy disk drive to hear it on the Atari ST, but it was epic. I remember ringing my friend up and saying “OMG, have you heard this music coming out of this computer!?” I hadn’t realised at the time to realise it was just a sample, but still.

Someone needs to upload a better quality version of it though, that cassette has obviously been stored in a warm cupboard for many years. Dave Love did a remixed album of his game music a few years back, there’s a tiny clip of it in here.