Cascadia, For All Things Pacific Northwest

There’s a nice tradition that’s still maintained. For decades Tootsie Clark was the first one to cross the gate, and then she provided coffee and cinnamon rolls crusted with caramelized sugar and drizzled with whiskey sauce to people.

She passed away a while ago, but they still continue the tradition!

Holding her grandma Tootsie Clark’s red jacket, Jurene Brooks swung open the west side gate to open the North Cascades Highway for the season! About 77 vehicles went through upon opening. Big thanks to our crews & everyone who came up to enjoy it! https://t.co/GBoLnI1iod 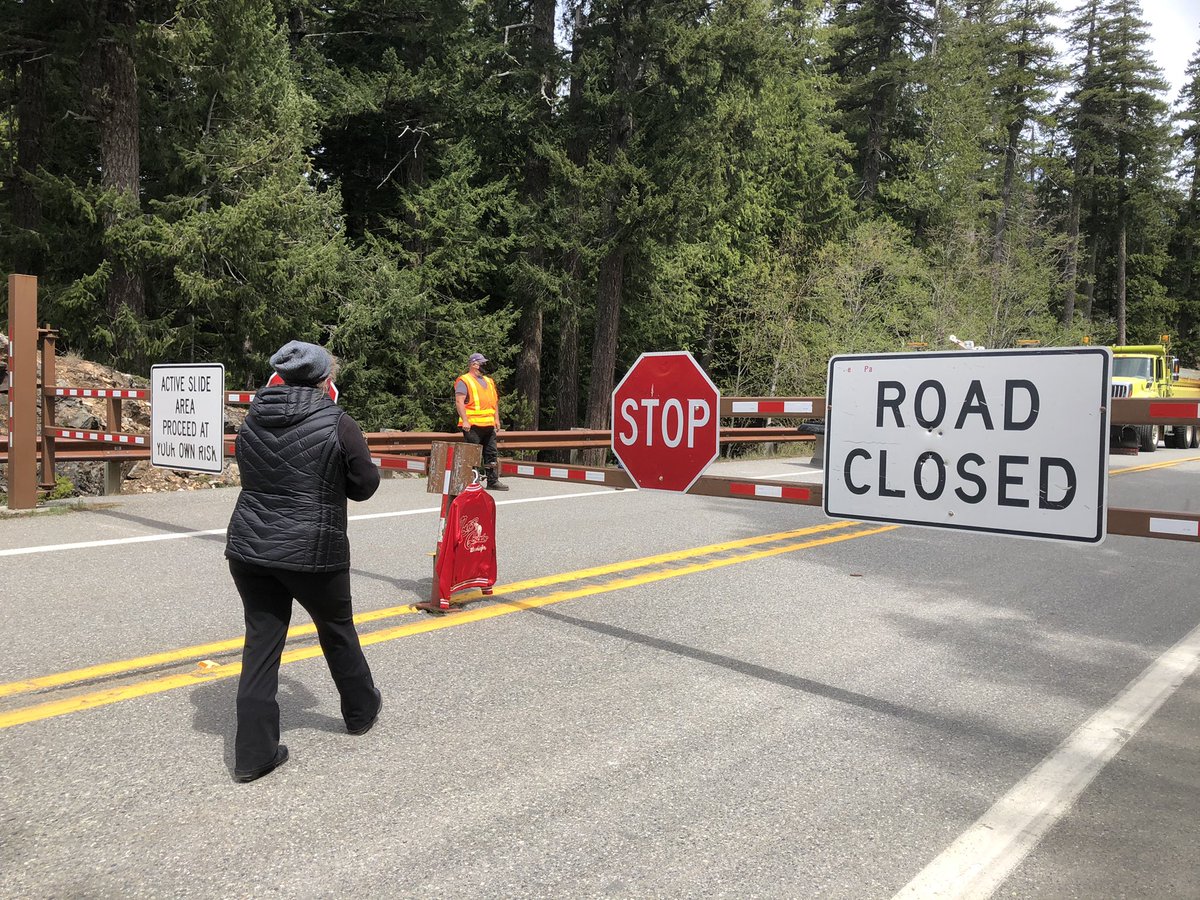 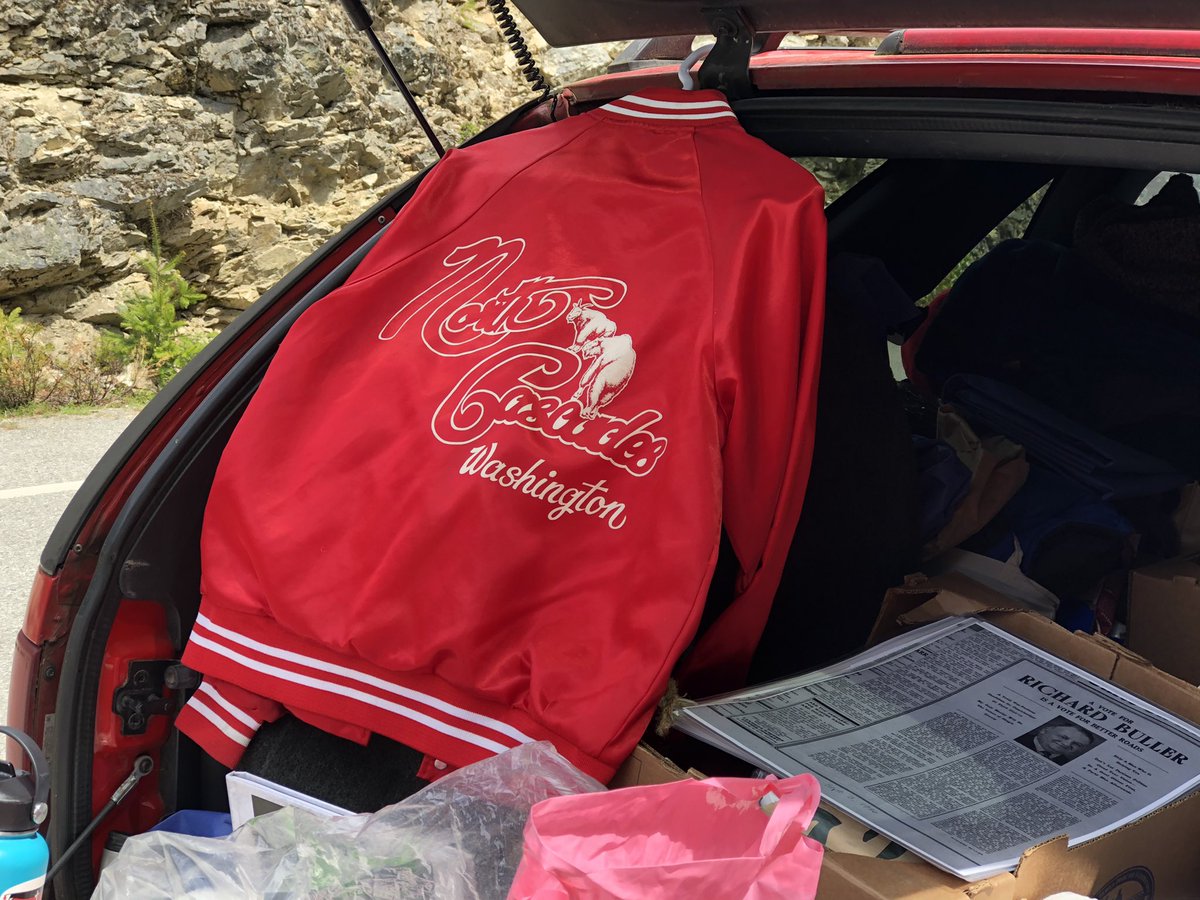 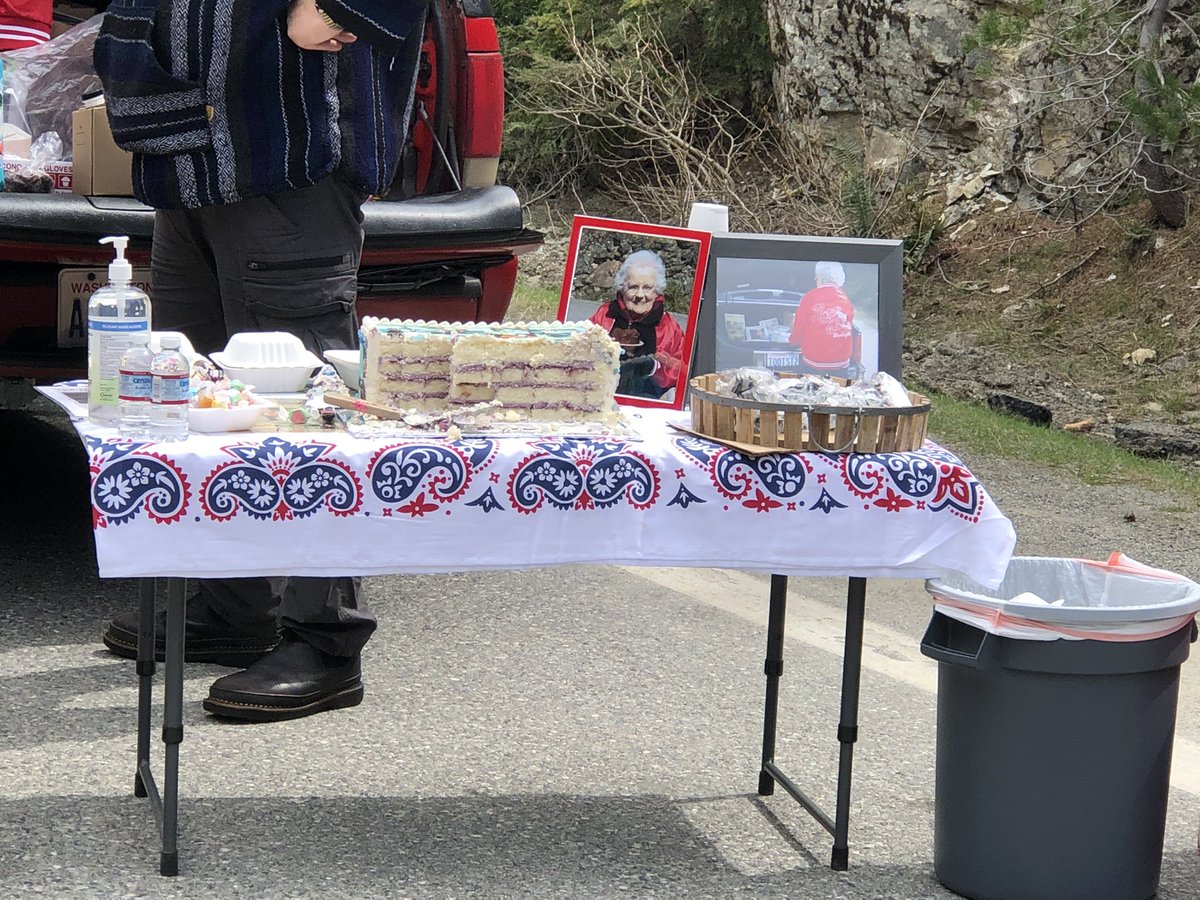 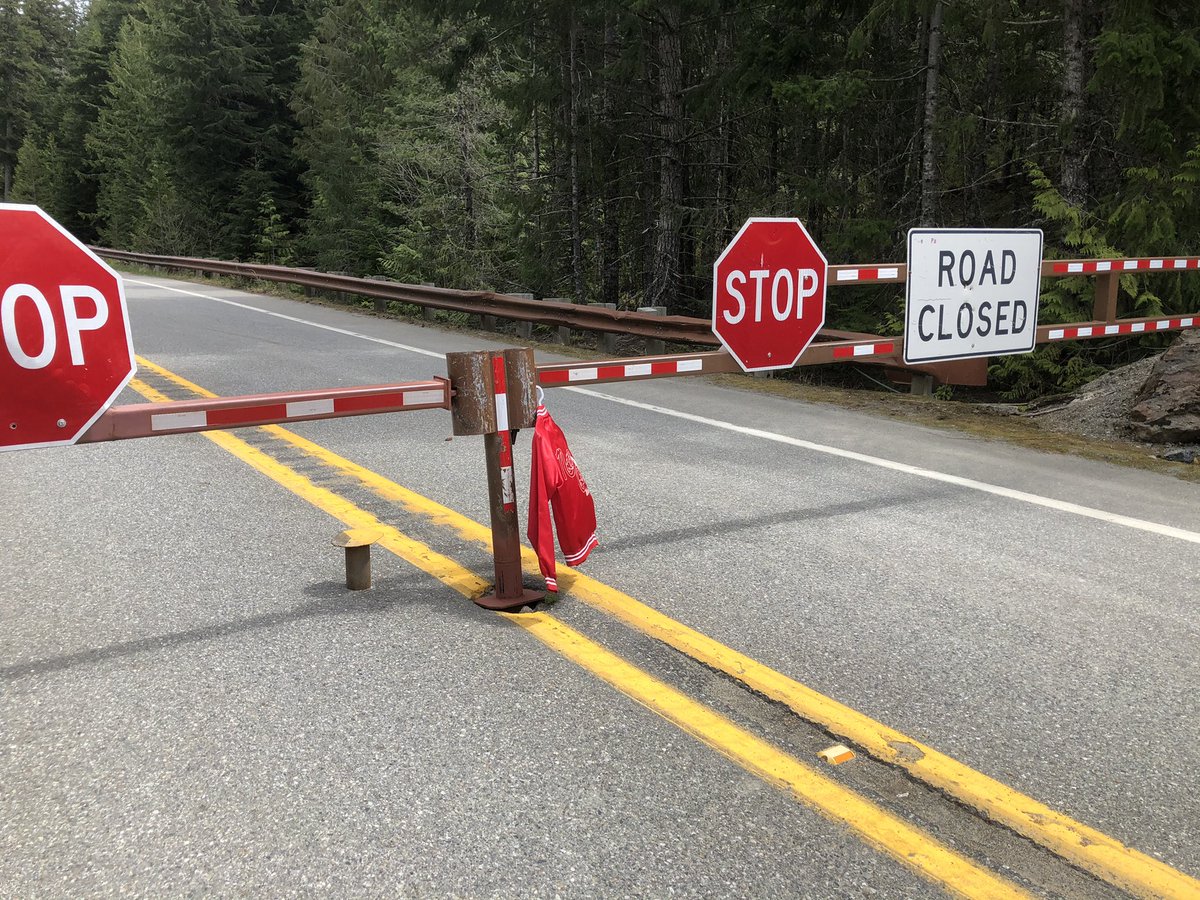 Speaking of Cascadia. Here’s a shot taken on Cascadia Ave after a 13 mile trail ride. This is also my daily view. 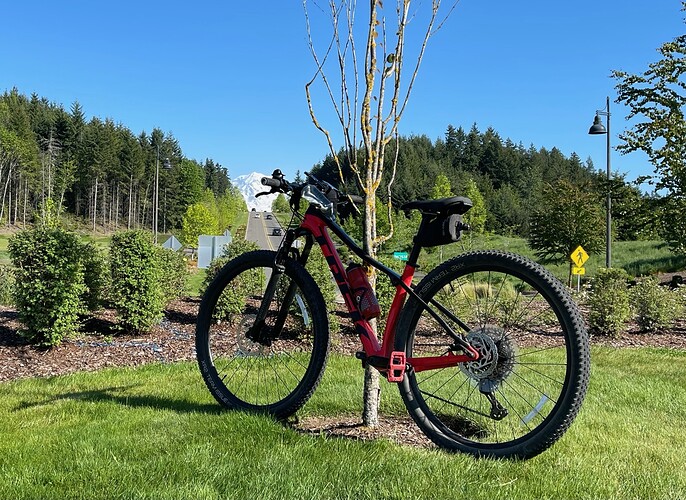 You guys with your nice trails. All we have in Bothell is paved paths.

Now that me and my elderly west-coast parents are vaccinated, I’m planning a trip out to see them in June. My dad is living a bit outside of Salem (mom is down in the Bay Area). Flight costs don’t seem much different between flying to home-SFO-PDX-home vs home-SFO-SEA then PDX-home.

Why would I do a crazy thing like fly to Seattle, when I’m going to Salem? Because I’m thinking of taking the train from Seattle to Salem. Looks like about 5 hours, and not expensive.

Questions:
Is the train trip as cool as I imagine it to be?
Is SeaTac to King St. station a reasonable journey? How long so I allow?

Is the train trip as cool as I imagine it to be?

I don’t know, what do you imagine it to be?

Spoiler, it’s probably a lot flatter than you are imagining. Yes you’ll see Ranier, St Helens, and Hood along the way, but that’s true by car as well.

But you’re basically in the broad valley between the cascade and coast ranges.

I can’t wait for this thread to bump again in 17 years.

It’ll hug the shoreline of the Puget Sound until about Tacoma, then it goes inland.

The big difference vs by car is that I would not be driving. I have driven I5 a few times. Was in the St. Helens devastation zone about 3 years after the eruption, even.

Sounds like you’d just fly in and out of PDX

I mean I would, because
A) PDX is the best run airport I’ve flown out of
B) I live here ;)

I’ve not found the value proposition of the train to be great when I’ve looked, but I also have easy car transport so if the alternative is renting? Maybe.

Don’t get me wrong, the drive is nice enough, but this isn’t taking a train ride through the mountains. However it seems you have been to the area so expected as much.

I wasn’t expecting through the mountains, but I admit I was hoping for more coastline than it sounds like there would be.

Oh, yeah, super no coastline. I doubt you see any water other than rivers the entire trip.

If you planned to spend some time in Seattle, I’d say tha train would be a fine idea, but if you’re just adding to your travel time I’d say fly directly into PDX. Once you’re in the Salem area you’re only an hour from the mountains and an hour and a half from the coast if you want to do a day trip. Those are really beautiful drives (although the wildfires last year devastated a lot of the area driving to the mountains if you go directly east).

Still Silver Falls was spared almost completely, and that is only 20 minutes from Salem. And is definitely well worth a jaunt out. Anything east of that, however, is toasted until you cross over into Warm Springs reservation land.

At least according to the fire maps.

Also straight west of Salem you hit Lincoln City and Newport, which are fantastic for any coastal excursions you want. I’m actually headed that way this weekend, going to hit up the Cape Perpetua marine gardens at low tide. But all along the coast are various capes, tide pools, and state parks. Not to mention numerous lighthouses, and beaches.

This really is the best place to live. From Seattle, you can basically go a short distance and take your pick of: dense forest, rugged mountains, the middle of the ocean, the middle of a desert, and everything in between- big lakes, farmland, thriving cities. It’s pretty swell.

This really is the best place to live.

Olympic National Park is sorta like that. You have the longest undeveloped stretch of coast in the lower 48. It’s just miles and miles of Pacific Ocean meets astonishing beauty. And then you go inland and you get the only temperate rain forest in the lower 48. Keep going and then you’re in a rugged mountain range with 7,000-foot peaks. Keep going and there are glaciers.

you get the only temperate rain forest in the lower 48

Significant caveat: these temperate rainforests extend all the way to Northern California. There are significant stretches of the coastal range in Oregon that qualify.

And you can drive across one of the longest floating bridges that spans saltwater (a fjord no less!) to get there.

Aren’t we all, though.

And you can drive across one of the longest floating bridges that spans saltwater (a fjord no less!) to get there.

The last time I crossed that bridge, there was an SSBN passing by on its trip home to Bangor.