Cascadia, For All Things Pacific Northwest

They go right past our place.Taken from a crappy phone, but you can see the end of the bridge too. 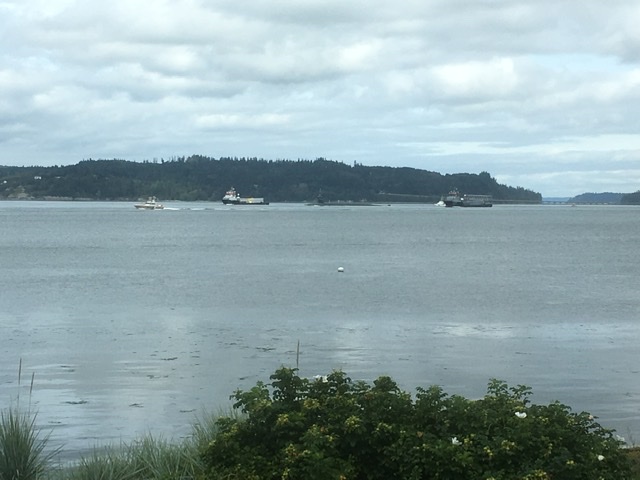 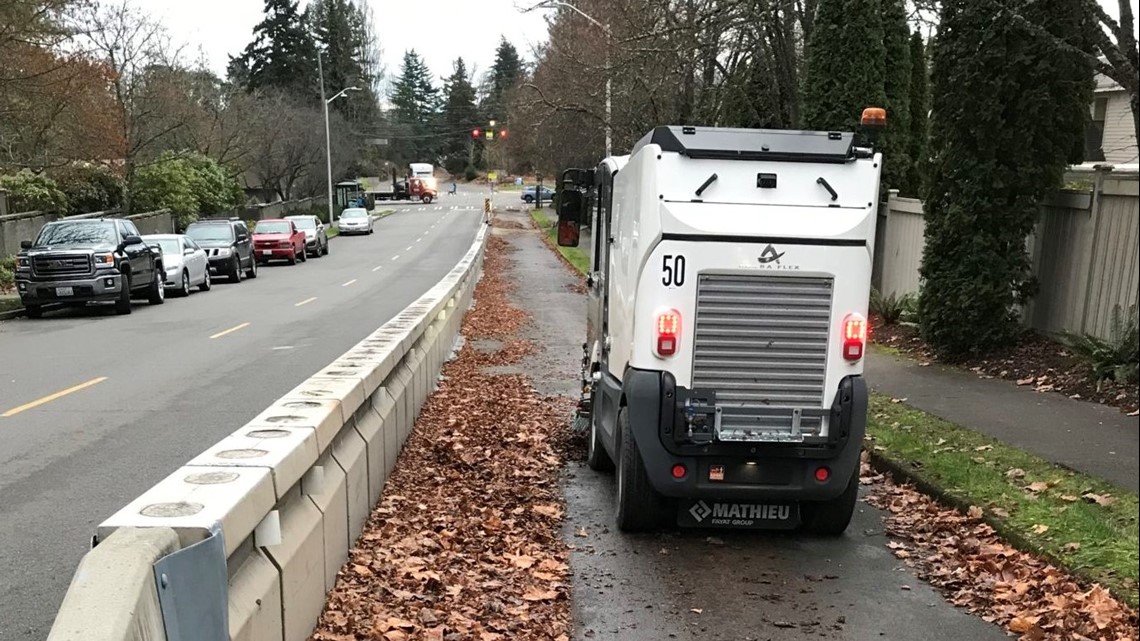 More than 1,500 people voted on twitter polls to name the new sweeper.

Actual names that were submitted:

I can’t believe they didn’t have “Wake Up, Sweeple!”

There are some quality options there.

And then there is this

What do you want to bet this was a suggestion from a Boston transplant.

The last time I crossed that bridge, there was an SSBN passing by on its trip home to Bangor.

Heh, I’ve been on both sides of that view, on the SSBN going through the bridge and driving across seeing the subs. When we used to come in on the subs, often our families would be on the bridge waving to us coming in. It was always a great moment.

Not long after we bought this place, there was a nice young woman and her mom up on the street looking around. My wife stopped to talk to them and it turned out that both their husbands, iirc, were on a a sub coming in (the younger for sure). They were looking for a place where they could see. And while you could certainly do that from the street, our lot is nearly 400’ from the street to the canal, so we invited them to come down to the water and get a closer look. Cool stuff.

I went through Hood Canal in style multiple times; e.g. on the Nimitz.

Watch the bosuns fish for shark off the fantail there, too :)

I’ve been told that the bright, hot orb in the sky is no cause for panic. Still, 71 before 10am is a bit alarming. Stay hydrated, Pacific Northwesterners!

I shifted my daily walk to early morning from late afternoon because of that yellow orb. But even at 8 AM it was getting warm. May push the walk even earlier.

I took the week off, and have been loving this. Although my condo is already 78º and it’s not even 10am yet. Sad to see it’s going to be cloudy/rainy for the rest of the week though.

I better go out on the bike now before it gets too ridiculous.

Going across mountains on Highway 20 yesterday was a cosmic experience. Still a bunch of snow on Washington Pass.

Its 97 right now in Soap Lake, where I’m currently at.

Getting ready to light the kamado for some rotisserie chicken. Dozens of boats headed up the canal this afternoon. There must be a fishing season tomorrow.

The best time of year is when the Shrimp Shack starts to sell shrimp!

Any suggestions for fun things to do at Lake Chelan? After 17 years in the Seattle area I’m finally going there soon. :)

Yeah, not a lot there. Just be outside, warm weather, and enjoy the light traffic.

Rent a party boat or jet ski. There’s a water park for pools and slides. Lots of good places to eat and drink wine. Swim in the lake (it’s going to be cooooold in early June; it’s all snow melt, and that lake is incredibly deep.)

As I’ve been talking about over in the Van thread, I’ve been building my cargo van into a camper, and I took it out to meet my friend Todd on the road for a few days last week. I didn’t actually take a lot of pictures while we were out, except, oddly of roads. Todd, however, is a semi-professional photographer, and he got some amazing shots after we parted ways.

It rained th entire time we were out- hello Juneuary in the PNW! The first place was up on Mt. Hood somewhere, above 4000 ft elevation. 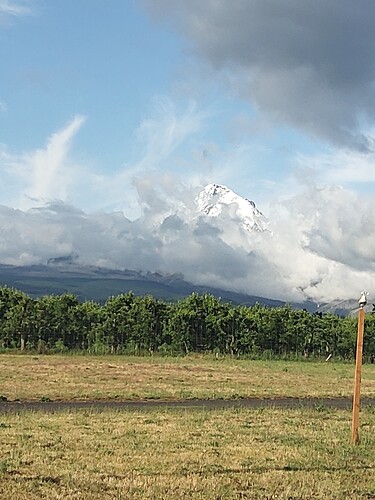 This was when we were leaving. Goodbye Mt. Hood.

We then headed up to Mt. Adams, a straight shot north into Washington. Todd had a reservation at Takhkakh Lake Campground, but they canceled that as it was still ‘too snowed in’. So we found another place close by, Canoe Lake, and decided to try to head there. The way was a bit treacherous. 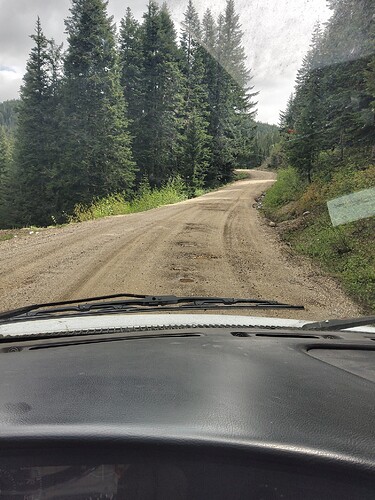 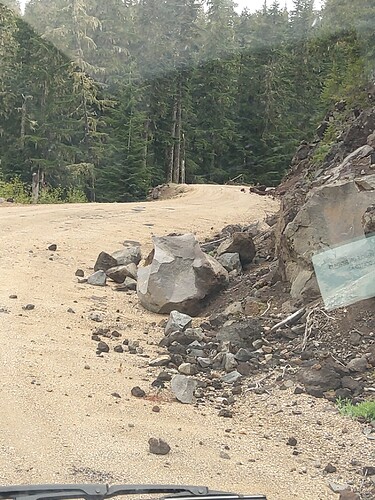 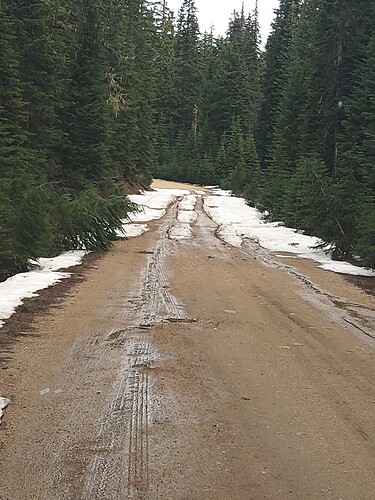 The Campground still had patches of snow, but was mostly clear. Still, too wet and rainy to have a fire. That’s what the van is for, though. It was still a good time- we hiked around a bit with his dog, played some boardgames, etc.

The next day heading home for me it was sunny and gorgeous the whole time, of course. He decided to head up to Takhkakh lake anyway to see if he could make it, and got some amazing photos of Mt. Adams. 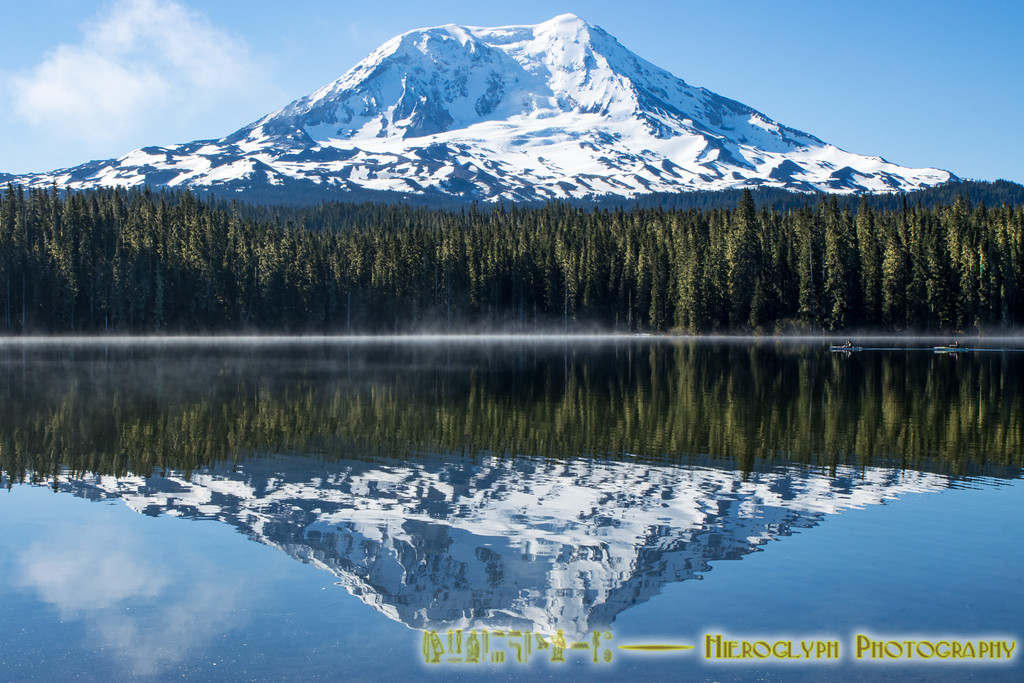 The roads getting back out were almost as much of a pain as getting in, even though they were ostensibly ‘paved’. 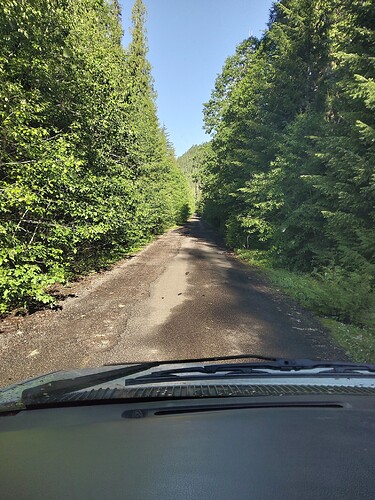 I’m not sure how much you can tell, but this is a section of what should be a two-lane road. The potholes are actually worse than the ones in gravel up on the mountain, and the trees are moving in so it’s really only wide enough for one car. Kind of awesome to see the Green reclaiming it’s space like that.

It was a good trip. I got to seen sections of the area I’d never been to before. I also have quite a bit more planned for the rest of the summer.

Just a heads up in case any of you weren’t aware, get ready for big time heat: Seattle, Portland and Spokane could see temperatures near and above 100 degrees Sunday into early next week.

Starting Sunday, temperatures could get up to 100 degrees Fahrenheit in Seattle, up to 107 degrees in Portland and up to 110 degrees in Spokane. Be safe folks, keep hydrated and find a cool spot, if you can.