So… kinda a big day for new shows by Lucasfilm. Setting aside Rogue Squadron, which is a feature film, we have 10, 10! shows in the Star WRs universe coming to Disney Plus. 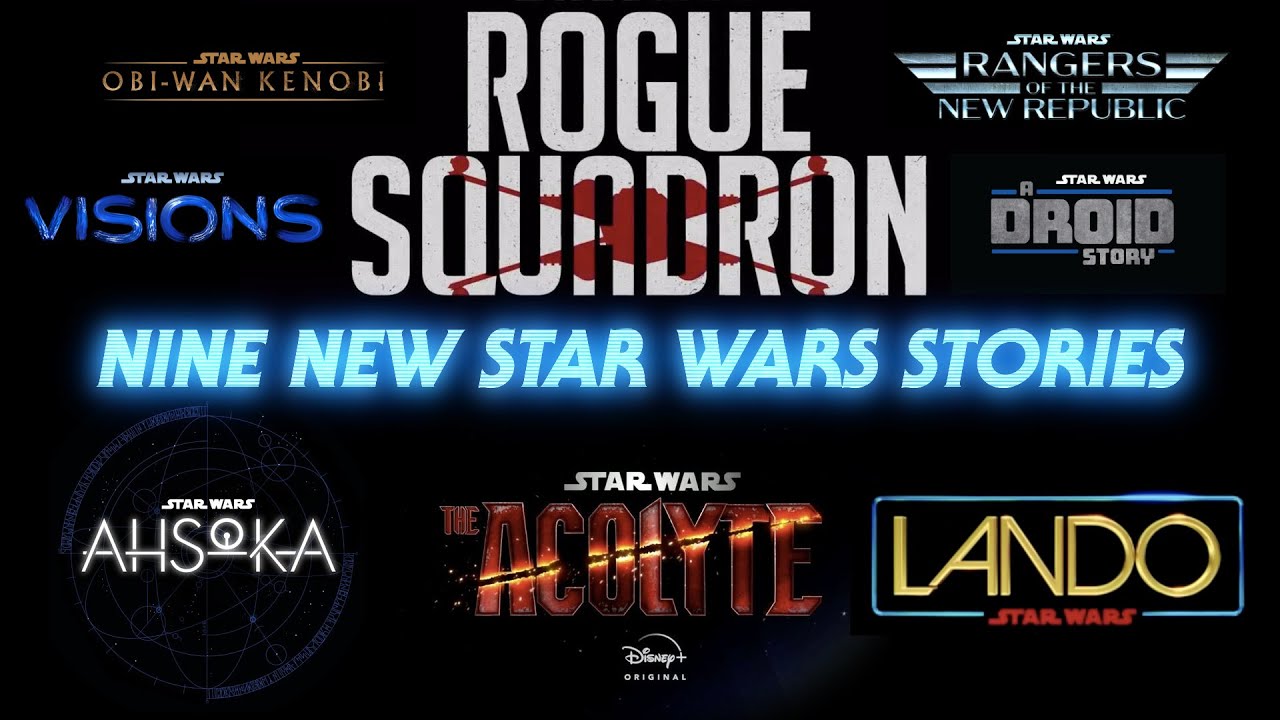 Several sound to be one off series, with the big hi light is Rosario Dawson in a limited series Ahsoka.

That’s the first to come out it seems, and the most concrete details. Which is… not much. But, hey, Ahsoka hunting Thrawn? I’m down

The Acolyte is a high republic mystery. Ok, could be good.

But aside from Ahsoka the big one is Obi Wan Kenobi. We’ve known it was probably happening, but now confirmed. And Hayden Christensen returns as Vader for it. You know that watching Ewan MacGregor reprise the role has you interested.

Ahsoka should be cool, really enjoy her stuff.

Shame Christensen is returning, anyone could play Vader

I am looking forward to the Kenobi one. Ewan was one of the few bright spots of the prequel, and is like to see what Hayden can do with better script and direction.

I feel like I’m the only one burned out on Star Wars and Marvel at this point. Haven’t even watched Mando yet. Once the sequel trilogy finished up – with which I had no REAL problems – I just decided I needed a break. Between that and the MCU, I just feel like I’ve been bombarded by…product for the last decade or so.

I am also so not interested in another Harrison Ford Indiana Jones, unless they turn it over to a younger, preferably female star, and Indiana’s role is more of a mentor character.

I haven’t watched the Mandalorian either, but will get to it.

Shame Christensen is returning, anyone could play Vader

I don’t know why it’s a shame that Christensen will play Vader. As you said just about anyone can do it. It’s not like the role will stretch anyone’s acting chops. Plus, the guy almost had his life/career ruined after the the prequel trilogy. I think him picking up a little extra work and getting a mea culpa from the community is deserved.

So going off Armando’s handy list here so I don’t have to type it out myself.

Okay, but actually this news stream is fucking crazypants.

Star Wars: A Droid Story, about R2 and Threepio mentoring a new droid.

Star Wars: Rangers of the New Republic - Spinoff that presumably is meant to feature the Cara Dune character from Mandalorian if she doesn’t get canned

Star Wars: Visions - I think this is an anime series

Star Wars: The Acolyte, series set during the High Republic era, from director of Russian Doll, about a Sith acolyte of some kind, I think?

Star Wars: Obi-Wan Kenobi, with McGregor and Christensen back

I’ve seen enough of Clone Wars to know about the Bad Batch clones. I like that bunch. But I’m not sure how there’s enough material there for Filoni to do a whole new Animated series.

So to summarize: One spinoff of Clone Wars (Bad Batch). The two we knew about for a long time (Obi-Wan and Andor). Two spinoffs of the Mandalorian series (Ahsoka and Rangers of the Republic), an animatrix-like anthology series (Visions), a kids animated show (Droid Story, it’s animated right?), and two series that sound really intriguing: Lando and The Acolyte.

Pretty cool that both Star Trek and Star Wars are all of a sudden getting a lot more content.

I’m not sure why it bugs me that folks are labeling the Ahsoka show as a Mandalorian spin-off. Like…what?

complete with his sassy robot friend

He is not a great actor in his other stuff though is he, sure if we get him in has mask all the time maybe he will be ok but I am sure there are plenty of other actors who could do with the same opportunity.

If you want to go in cold, probably don’t watch. It seems to give at least the main arc thrust. But this could be fun, in a last stand they’re all gonna die way. Because clearly they are setting up for them to go down fighting against the transition to Empire, Butch Cassidy and Sundance Kid style. 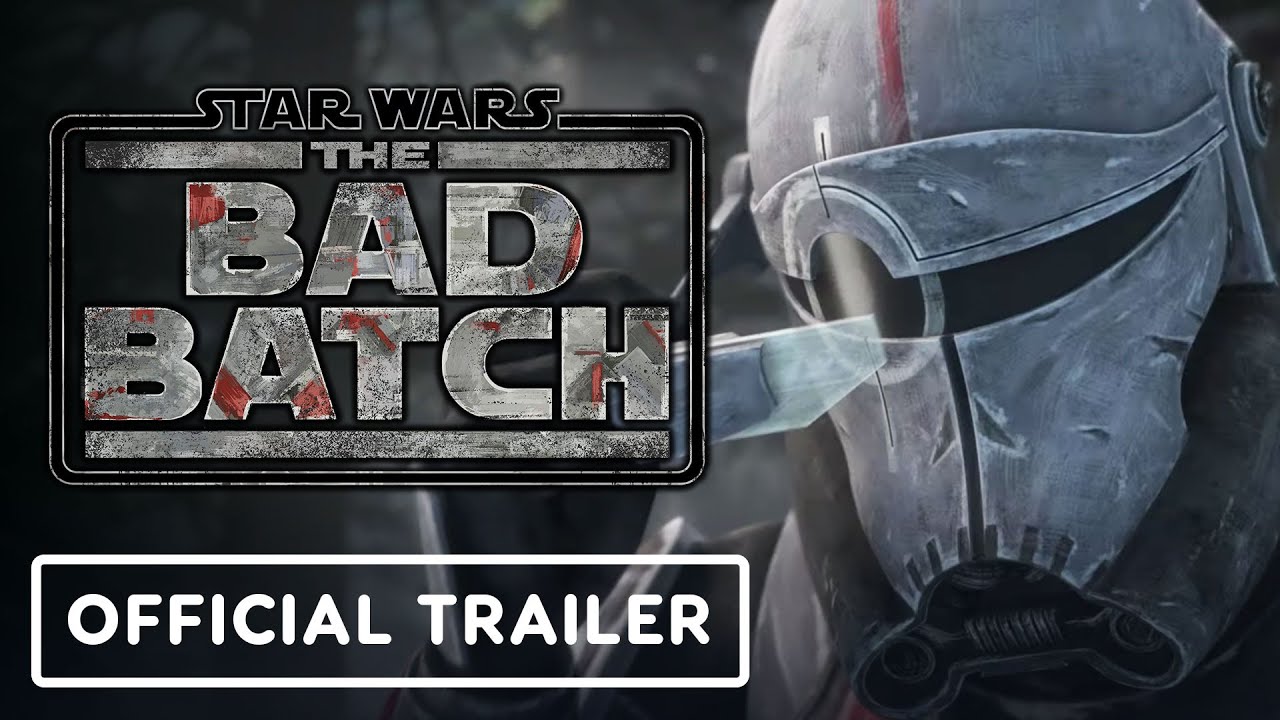 Yeah, I feel Hayden Christensen got a real shafting due to the horrible directing and scripts in the prequel. Even Natalie Portman spoke about how hard it was for her to get parts after the trilogy. Producers literally told her agent that they thought she wasn’t a good actor based on the awful love story scenes in AotC.

Which, to be clear, those love scenes are some off the worst in the history of cinema. Terrible terrible dialogue and directing in them.

Makes you appreciate what Harrison Ford did in the OT more.

So many different Star Wars shows seems crazy to me. How can this not oversaturate the market?

Also, there was a movie called Rogue One. Is Rogue Squadron related to it?

Yup. And to be clear, I’m not laying all of Christensen’s career issues on Lucas. He did himself no favors with Jumper and even in Shattered Glass I thought he was just okay. But it’s not like clomping around in a Vader suit will push his method acting.

Rogue One was perhaps a nod to Rogue Squadron, being the famous flight group from Endor, and maybe some indications of tone that might carry over, but there is no direct narrative link. Rogue One takes place immediately prior to A New Hope. Like ends 5 minutes before basically.

Thanks. I am sure I’ll still be confused now and then by the respective names. I am impressed after playing WoW that no one refers to them as Rouge Squadron!

So many different Star Wars shows seems crazy to me. How can this not oversaturate the market?

By diversifying. There are so many TV series that take place here where we live and they manage an incredible amount of variety. Star Wars has an entire galaxy to work with. If they cant find new and diverse stories to tell, they simply are not even trying.

My issue with Christensen playing that character again isn’t with him specifically. It’s just that the character was completely re-written in The Clone Wars TV series. Anakin Skywalker is not the same character that he was in Episodes 2 and 3. It still stops me cold sometimes as I make my way through that series. So it helps that it’s an animated show and that it’s a different voice actor. It helps with the cognitive dissonance of a character that’s supposed to be the same acting completely differently. So my concern with the original actor coming back is just that it will once again be a reminder of the other character, not just the other actor.