Caves of Qud - "Swap stories with an albino ape mayor"

I don’t even want to know what’s still missing from Caves of Qud.

Speaking as someone that’s put hundreds of hours into the game, I don’t think it’s a matter of what’s missing. It’s pretty complete. The real question is what new, crazy shit are they going to add next. It’s really not any more EA than any other classic roguelike out there that spent decades adding and adding stuff. Games like ToME are a good example. It may be released but Darkgod still is adding more stuff. Cogmind is heading the same way. Classic roguelikes are different.

It’s really not any more EA than any other classic roguelike out there that spent decades adding and adding stuff. Games like ToME are a good example. It may be released but Darkgod still is adding more stuff. Cogmind is heading the same way. Classic roguelikes are different.

Yeah, this is what finally convinced me to stop holding out. In fact, I had started with Cogmind, but decided if I was going to sample one of these early access classic rogue-likes, why not go with the most ambitious one?

But I’m convinced this way lies madness. It’s not a far jump to start playing early access deck-builders, and then before you know it, I’m sampling the occasional early access survival game, and suddenly – boom! – I’m @Jason_McMaster, subsisting on a steady diet of tragically unfinished games and not even minding.

You should live your best life.

I had started with Cogmind

Hah! I saw your exchange with the Cogmind dev on Twitter and this made me laugh and oh no at the same time: 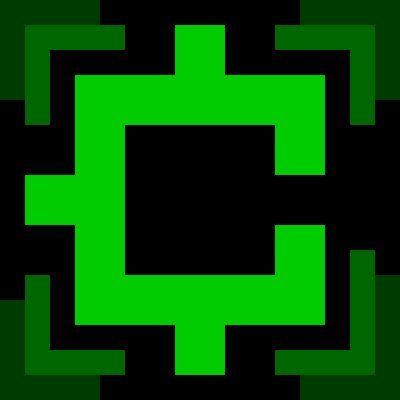 @GridSageGames
@Qt3 As is I'm just working on yet more expansions for those who have been playing for years and help keep it going through Patreon. Been wondering lately if 1.0 will ever even happen.
Left_Empty May 25, 2022, 8:52pm #156

I can’t catch Tom anymore with this avatar madness. He shows up in the most unlikely place, like games never to be finished. I feel dizzy.

Would an albino ape be a… 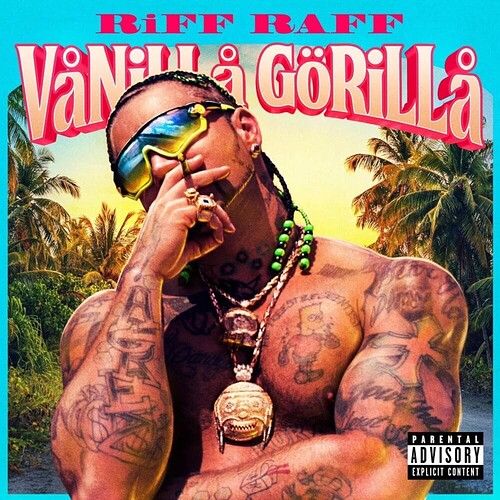 Swap stories with him, Tom! Swap those stories!!!

Damn it the thread bump got me playing this again and I can’t stop. On my current run I have a level 32 pure esper with a glimmer of 190 and the esper hunter psychic assassins are after his ass constantly. His ego is 64 and I want to see how far I can push that number before they finally get me.

Psychic assassins! Man, I wish this was on mobile.

It’s planned (there has even been a tentative interface for the past 5 years or so). No idea what’s preventing a release.

I read somewhere they are waiting for full release on PC, which…

It’s planned (there has even been a tentative interface for the past 5 years or so). No idea what’s preventing a release.

I found Brian on twitter and started following him. He is very funny shitposter.

Later I found he made Caves of Qud, so I bought the game. Tried it, but bounced on the surface. I am happy I can enjoy Brian post on twitter withouth paying a cent :D

Here’s a spoiler free beginner guide that’s got lot’s of information to help with bouncing off.

This guide aims to be a guide and beginner reference for Caves of Qud. New players can find all sorts of information to survive.

The above has a ton of information.

As a beginner you should start in Joppa and here’s a good guide that includes a Joppa section to help you get a footing there and in the game:

There is also this, which I have installed and which seems neat (I have only done some of it): 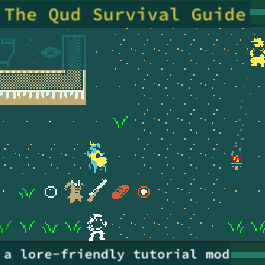 So, in my current game as an esper, I had proselytized one of the esper hunter assassins that came after me. Because, what better revenge than making them fight with me against their own side, amirite?

Anyway, after a while, when I was buying new mutations I got Domination. So I dominated my esper follower to manage his skill points and buy new mutations for him. One of the 3 choices offered was Beguile so I took it for him. I figured I could dominate him and then use his Beguile power to get him his own follower. And, since his follower belongs to my follower, his follower is also my follower. Yeah…

I was more than 30 levels down in the sub-surface underworld and had been being followed for some time by some astral tabby cats. These cats are absolutely vicious and have a 75% chance to dismember a body part when they attack something. Scary. But, they are astral creatures that are out of phase with our reality and therefore harmless to those that are not out of phase like they are. So, they just follow you around, waiting and hoping that maybe you’ll use a phase skill so they can dice you up.

I’m a cat person and I wanted a pet cat so I dominated my follower and had him see if he could beguile a tabby into becoming a pet. I wasn’t actually sure beguile would work on out of phase creatures but it did. And sure enough, his cat was then also my cat. I had some hopes for this cat. I figured that sooner or later it would run into something out of phase and rip it’s face off. Then I could wear the ripped off face for a nice ego bonus. Yeah…

Anyway, at level 40+ I ran into a Leering Stalker robot. There was a Decarbonizer (a stationary robot) sitting near it. While my followers and I tried to deal with the Leering Stalker, the tabby was just sitting there watching us fight as always. Content in being out of phase and therefore untouchable.

Then boom, the Decarbonizer fires it’s weapon and it was targeting my cat. I suddenly get all these log messages about various pieces of the cat being dismembered and a final message that the cat has been decapitated and died. It turns out that the Decarbonizer’s weapon fires a dismembering beam that is also omniphase and can hit out of phase creatures like my poor tabby.

I walked over to the remains of my cat. There amidst the pile of cat body parts I saw it. The face of my cat. Wearing it grants a +3 ego bonus and -500 reputation with cats. I equipped the cat face and started looking for the next stairway down. Funny how things work out sometimes.

What a beautiful and moving story!

He will be remembered (as long as I wear his face).

I have well over 600 hours in this game now and I still have not come even close to experiencing everything it has to offer. It’s the one game I own that just keeps on giving.