Champions of Hara is, at last, the Mage Knight we deserve

No one has done more for Mage Knight than Champions of Hara designer Walter Barber.

This is a companion discussion topic for the original entry at https://www.quartertothree.com/fp/2019/04/09/champions-of-hara-is-at-last-the-mage-knight-we-deserve/
The Top Ten Solitaire Boardgames of All Time
Campaign adventure boardgames -- the new hotness?
BloodyBattleBrain April 10, 2019, 9:38am #2

With a review like that, how could one not buy?

Just do what I did–bought a copy of Too Many Bones then surprised by another Tom’s raving boardgame review and pretend TMB is good as it is.

Whoa shots fired! Tom convinced me to buy TMB and I actually think it’s as good as he makes it sound. What are your issues with it out of curiosity? Also Tom should be getting a cut of the marketing for these games as he’s earned another sale for Champions of Hara.

I’m so excited this turned out to be good! The designers were all students at Skidmore College (where I’m a professor), and I’m been avidly following their design/development process for years. It’s been a LONG wait for them (2 different KS campaigns, 2 complete development cycles, etc.), but the final product looks gorgeous.

My only hesitations with the design were:

I really want to try this now, and I’m excited to hear it’s suitable for solo-play.

It’s too bad the theme for this game looks absolutely god awful. I wonder if it could get more neon?

Haha I actually kind of like it. Yeah it’s a little garish but it does stand out you know. And I think the quality of the artwork is pretty high. Coming from the gnomish TMB this is a refreshing change of pace.

This looks neat! I like the art style. May need to get a copy.

I simply love the art, including (especially?) the bright color palette, so this is definitely a different strokes for different folks kinda deal.

It’s too bad the theme for this game looks absolutely god awful. I wonder if it could get more neon?

For a second I thought they were using comic sans for the header font on the cards.

My favorite so far is the “picture in a picture” of an unpainted game piece… but it’s the wrong color. 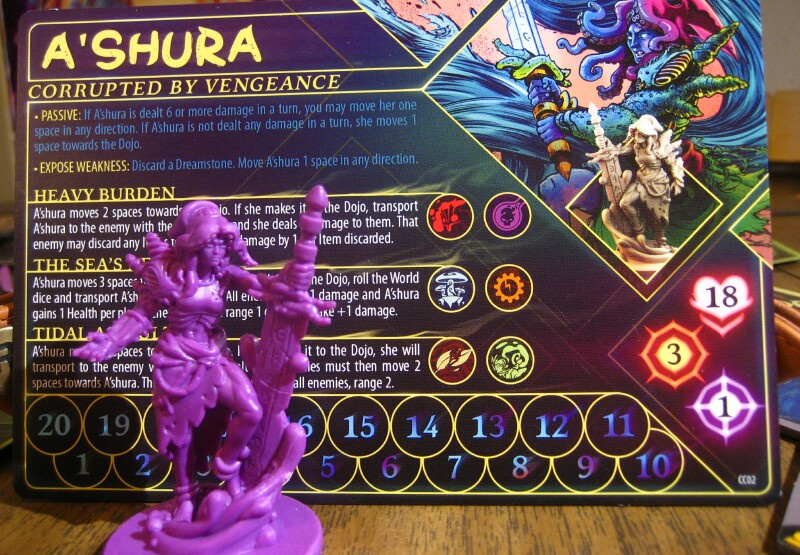 Oh, I thought the inset was just painted. Which is neat.

And the art style is growing on me. :)

I’m sure it’s a lovely game, but the theme looks like Neuroshima Hex got sick off of cotton candy at the fair and threw up. Personally, I’m a fan of Mage Knight so I don’t need to find a replacement.

Wait, so are we saying that the great search for a “modern-dudes-on-a-board-to-replace-Magic-Realm-that-is-not-Mage-Knight” has an ultimate winner?

I’m glad you like the game, Tom. This is another well written and carefully thought out review.

But man, this is one of the ugliest board games I have ever seen. It looks like an expansion baseball team’s uniform colors and the side door graphics of a van from 1975 had a baby and that baby ran a Color Run.

Love Dungeon Degenerate colors…this one, not so much.

But man, this is one of the ugliest board games I have ever seen. It looks like an expansion baseball team’s uniform colors and the side door graphics of a van from 1975 had a baby and that baby ran a Color Run.

I do like the sound of this game, although I really have to disagree with a lot of the criticisms of Mage Knight, particularly around it being dry. I grant you it doesn’t spend a lot of time explaining the backstories of the world it’s set in or the characters you play, but they have personalities and themes that are pretty straightforwardly embodied by their mechanical effects. And while the characters don’t have entirely separate systems (which is one thing that sounds cool to me about Champions of Hara), they certainly have unique powers and have to make hard choices between character-specific skills as they advance.

I am familiar with the other games mentioned in the review, but wtf is Hand of Doom? I mean, besides a Black Sabbath song? Am I missing a review or something?

Man, I don’t get you guys railing against the color scheme as ugly or vomit. Sheesh. It’s certainly not neon, and it doesn’t strike me as garish so much as colorful, which feeds into its “economy” of green, red, and blue energy. Did I just take crappy pictures? That’s certainly possible. Here’s a picture from their website: 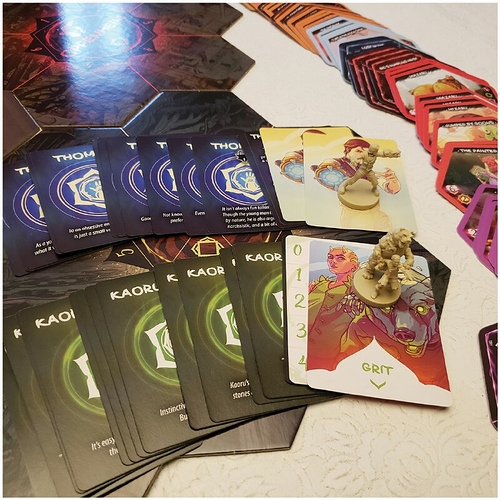 Does that make a difference? But the more pertinent point about the visuals is the artwork, mostly by Hannah Kennedy. You can see a bunch of it here. But I can’t resist posting some larger images of what you’re looking at when you’re playing: 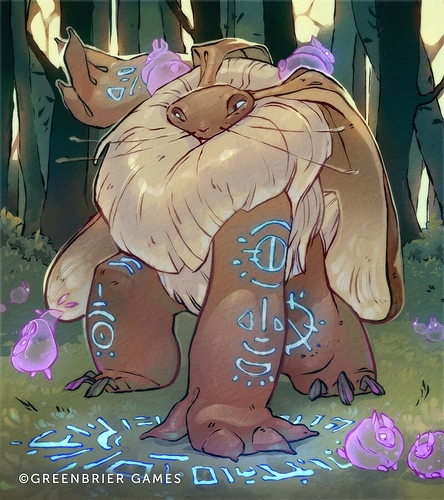 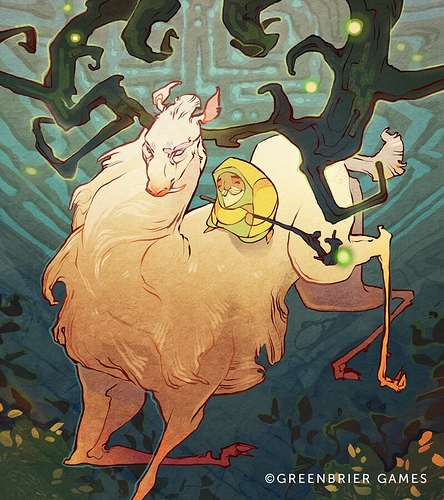 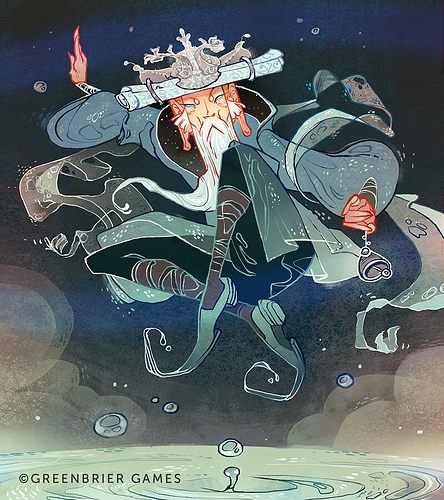 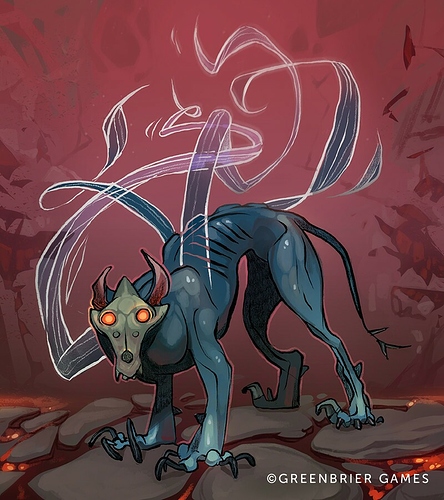 If you don’t like that stuff, cool. But slagging it as neon, vomit, or “ugliest ever”? That strikes me as really weird. I would be hard pressed to name many boardgames with that level of artwork front and center.

My favorite so far is the “picture in a picture” of an unpainted game piece… but it’s the wrong color.

I really like how much the artwork and the miniatures are easy to relate to each other. I’ve been playing Martin Wallace’s Wildlands lately, and it can be a real pain to guess which miniature is supposed to represent which artwork.

But, yeah, the color in the picture is different because that’s obviously a pre-render. The champions themselves are all tan colored, but the Corrupted, who are much bigger, are purple.

Wait, so are we saying that the great search for a “modern-dudes-on-a-board-to-replace-Magic-Realm-that-is-not-Mage-Knight” has an ultimate winner?

It’s not really a Magic Realm style game, so I’m afraid that’s not the one I have in mind. Actually, it takes about three different games to fully replace Magic Realm.