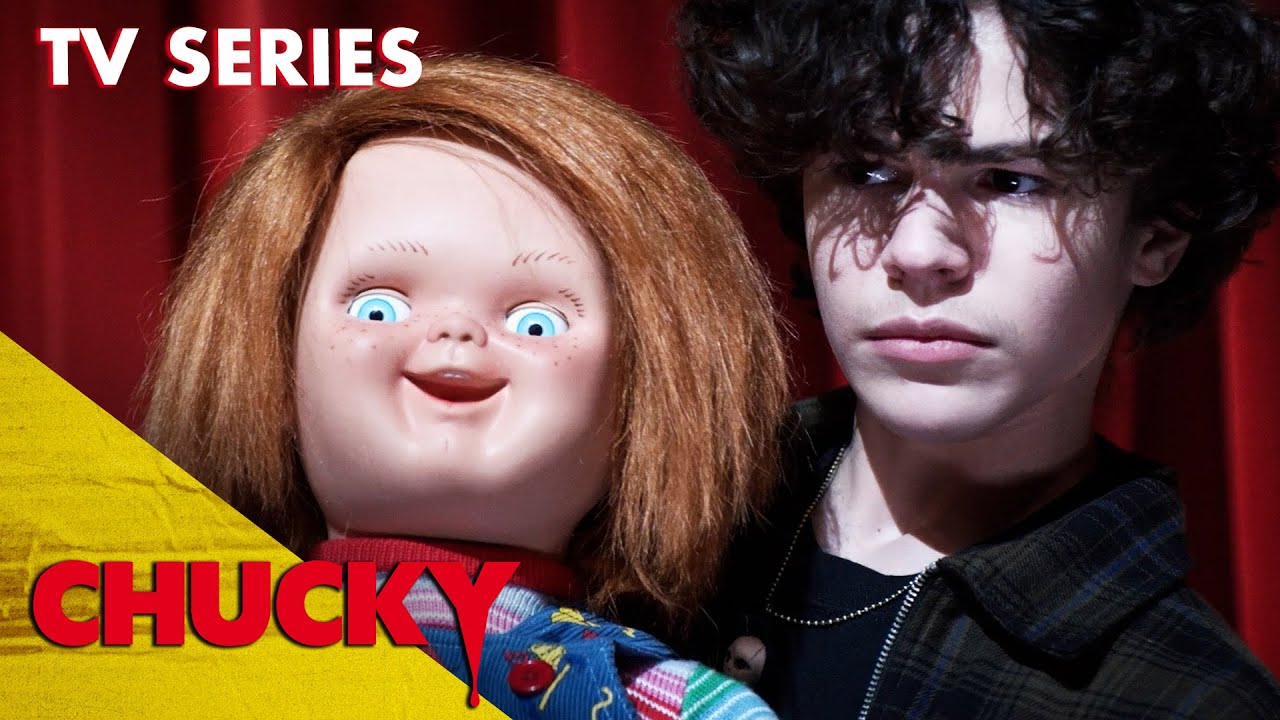 The series supposedly picks up where Cult of Chucky ended. Jennifer Tilly and Fiona Dourif return as recurring characters.

Don Mancini explains how working on 'Hannibal' led to him transferring the 'Child's Play' franchise to the small screen.

Working on Hannibal also gave Mancini hope that he would not have to tone down his killer creation for the small screen. " Hannibal really pushed the limits of what you can show on a network show," he says. “Syfy and USA have a strong appetite, as strong as ours, for keeping the TV series tonally in check with what the fans want to see. Before we even sold the show, we had to confirm with the network that Chucky could drop his F-bombs. Chucky gets 10 F-bombs per episode, so that’s more than enough. It made me want to do an episode where Chucky, without ever having said anything off-color, at the end of the episode, he just turns to the camera and goes, ‘F—, f—, f—, f—, f—, f—, f—, f—, f—.’ It’s the inverse of the way Spielberg used Chucky in his cameo in Ready Player One . Since that was a PG-13, they had one mandated F-bomb at their disposal and Spielberg chose to deploy it with Chucky’s appearance, which I loved.”

[sigh] Thank you, SyFy. I can almost always count on you to disappoint.

[shrug] I liked the premiere. It feels exactly like the last few Chucky movies, and the story picks up right where the last one left off. I think Don Mancini is doing exactly what he wanted with the characters.

I didn’t see the last movie, so the opening seemed pretty random to me. My biggest issue is that none of the characters were likeable, not even the lead, and I had no interest in following their antics for an hour, let alone a season.

My other issue is that I have a low tolerance for shows centered on high school students, but that’s just me.

I still don’t know how Hannibal got away with so much graphic violence on Network TV and they still can’t show a nipple.