New game from the creator of In Other Waters

I’ve liked it so far but hit a save deleting bug – you may want to wait if you play on Mac. Haven’t seen a complaint about this from PC users.

You lost me on TTRPG. What is that?

Save 10% on Citizen Sleeper on Steam
I’d wait a few weeks on this. I like it but there’s some pretty nasty bugs. It now deletes my saves every time I quit – lost my character and 90 minutes of progress.

What are the other nasty bugs, @DoubleG? That certainly sucks that you’re unable to save your game, but it sounds like you’re saying there are issues in Citizen Sleeper beyond that? I’ve had no problems saving and returning to my saved game, and I haven’t gotten the impression that it needs a few more weeks. A quick glance at the Steam forum doesn’t show a bunch of complaints, like I would have expected. But now I’m worried I’m missing something. What are the bugs you’re talking about?

It’s been said already Disco Elysium divides this sort of text and narrative heavy games into a before and after, but it’s always remarkable to see it happen so clearly.

But now I’m worried I’m missing something. What are the bugs you’re talking about?

For me it’s been two – the save loss, and the first time I spent 100 cryo on the cure I didn’t get it, which was a pain in the early game but admittedly not an unsurmountable one.

I’m on Mac and I tend to see bugs PC users don’t, so it’s possible the save loss won’t effect most of you.

It’s been said already Disco Elysium divides this sort of text and narrative heavy games into a before and after, but it’s always remarkable to see it happen so clearly.

It’s been said? Who said it? What exactly is the difference between the before and after?

They don’t want you to have games like you had before Disco Elysium anymore. Many people are saying it!

Honestly I read someone saying it at least once, can’t remember where. Just didn’t mean to imply it’s my own idea. You can see the similarities in the screenshots on Steam, the text window on the left, the repeatable/non-repeatable skill tests, the virtual dice on screen. It doesn’t mean it’s a clone, or was impossible to make years ago, but you can tell they played DE and were taking notes.

Regarding similarities between Disco Elysium and Citizen Sleeper:

Honestly I read someone saying it at least once, can’t remember where. Just didn’t mean to imply it’s my own idea. You can see the similarities in the screenshots on Steam, the text window on the left, the repeatable/non-repeatable skill tests, the virtual dice on screen. It doesn’t mean it’s a clone, or was impossible to make years ago, but you can tell they played DE and were taking notes.

I can certainly see similarities and perhaps even influence, but based on my limited playtime with both, I don’t know that I see much similarity in terms of their actual designs. Disco Elysium seemed to be all about exploring the dialogue trees and character interactions, a CRPG minus the tactical combat, which kind of means a CRPG without the gameplay obstacles/challenges/opportunities people might normally expect. Whatever gameplay Disco Elysium offered, it came with the prose.

But Citizen Sleeper feels much more like a boardgame you play that unlocks occasional chunks of narrative. They might as well be cards you flip up and read to provide flavor text or atmosphere. The course of the story seems to depend instead on its dice-based gameplay, so much so that I’m pretty sure you could easily skip all the dialogue and still “play” Citizen Sleeper just fine. That wouldn’t be possible with Disco Elysium because the dialogue arguably is the gameplay.

So, I agree with you that there are similarities, but I would caution against reading too much into them when it comes to how they each play. And again, I’ve only spent limited time with them, so I’m happy to be corrected!

Well I didn’t spend any time with Citizen Sleeper, it was just my reaction to what’s on the Steam page. Some of the reviews on the page make the comparison too, if you’re willing to risk going into the Steam user reviews section.

Oh, sure, I wasn’t disagreeing with you, just pointing out there are some stark gameplay differences between the two. But the Citizen Sleeper writing is certainly trying to be provocative in a way similar to Disco Elysium. I’m not sure it works, because in Disco Elysium, you’re constantly wrapped in that style of prose. It’s a constant part of the experience. It is the experience.

But in Citizen Sleeper, it just appears every so often while you’re playing your dice game. it’s a bit jarring, honestly. I like the writing, but I’m worried it’s going to feel more like an interruption. Contrast this to games like Sunless Skies or Cult Simulator, where the writing was strong enough that it could be the main event, or at least something you looked forward to unlocking. At this point, early on in Citizen Sleeper, I’m concerned the writing is going to be something I end up skipping. :(

You should separate out the above discussion into a Citizen Sleeper thread Tom. Sounds interesting enough to deserve one.

Citizen Sleeper is good. The various character chains are neat. I’d say the world building is stronger than the writing though. The dice game also interacts reasonably well with the text adventures, although the resource and dice management gets trivially easy relatively quickly.

It is a short game though and I don’t see it having much replayability. I played it, I liked it but I don’t feel there is much to discuss afterwards.

It’s been said? Who said it? What exactly is the difference between the before and after?

I’ve seen it said in this forum and others, but Disco Elysium’s text-heavy gameplay could have easily been boiled down into a Choose Your Own Adventure style Twine or Visual Novel type game. These are definitely not mass market genres. By dressing it up like a normal CRPG the team showed how these games could reach a wide audience.

I don’t necessarily think you can extend what Disco did to Citizen Sleeper, though – I feel like with this game I’m interacting much more with its mechanics than I am navigating a story.

There’s many games with too many words. While I would love to lay that at the feet of Disco Elysium, unfortunately I can’t blame it for that.

I would say you’re absolutely right that Disco Elysium was a visual novel scamming its audience and pretending it was an “open-world RPG,” but I haven’t seen any other game doing that (thankfully).

I would say you’re absolutely right that Disco Elysium was a visual novel scamming its audience and pretending it was an “open-world RPG,” but I haven’t seen any other game doing that (thankfully).

I don’t want to make this a Disco Elysium thread, but innovating on how to deliver a text heavy game isn’t scamming customers. They’re just presenting their writing in a way that’s much easier to consume than similar games.

In this video the developer explains the thought they put into this, doing stuff like copying design patterns from Twitter: 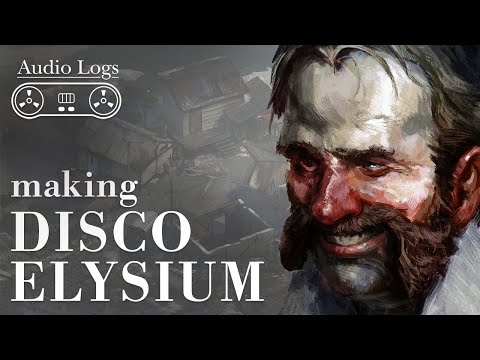 And again, I don’t see Disco Elysium’s DNA in Citizen Sleeper, just explaining the statement in this thread about DE’s impact on design.

When you say it was pretending to be an open-world RPG, can you elaborate? I only played a little Disco Elysium, but the sense I got was very much that it’s a visual novel, but with presumably a ton of branching. Is that an accurate characterization of the game, or do you think that’s part of how it’s misleading or scamming its audience?

It’s absolutely a visual novel, and I don’t think it has a ton of branching (though I can’t confirm or disprove that with my own experience.)

As for pretending it’s an open-world, RPG, well…

It’s not a visual novel at all. It’s a CRPG, operating in most of the time-honored traditions of isometric CRPGs, except that it’s opted out of a discrete separate combat system (or indeed, much actual violent conflict) that most CRPGs have. You build a character, you gain experience and spend it to power up your character, you have build reinforcing perks, you have gear, you have lots of dialogue options and lots of them require specific character stuff or check your skills…this is all very traditional CRPG grooves. It’s mainly just choosing to handle almost all of the gameplay through the dialogue system that’s unusual.

And that’s still not how visual novels play. They use the word “novel” for a reason, because they are defined by long stretches of uninteractive text accompanied by illustrations punctuated by occasional branching choices (if there’s any player input at all - although I think some folks distinguish the latter as “kinetic novels”). A purist visual novel almost never has substantially more mechanics than flagging choices you make for later referral. You do get some hybrids like Ace Attorney (adventure-game style investigative sections and needing to pick the right evidence in trial sections) or Zero Escape (escape room segments) but with those there’s generally a hard line between the “visual novel” and the other-genre gameplay bits. It’s a pretty distinct, clearly identifiable format that Disco Elysium isn’t doing just because it’s text heavy. There’s a lot of text in a lot of games that aren’t VNs.