So I’ve spent a little time with Silicon City, in its tutorial, and it really has potential.

Did anyone grab this? It’s on Game Pass now and I like the idea of a non-violent city builder in a cosy universe. Not sure when I’ll find time to play it though. Farming Sim is a massive time sink, and I still have half a dozen backlog games to finish.

I didn’t, at least not yet, and my gaming time has been really limited and mostly dedicated to FF XIV, so…

Right now Ubisoft gives away Anno 1404, a remastered version. It’s pointless to give links cause it will redirect you to your regional store main page so google it.

Nice! Thanks for the heads up!

Just learned about Sky Tale. Looks like a modest, relatively casual little city builder in the vein of Islanders.

Looks very similar to Kingdoms and Castles, which is a lovely little game.

Played some Timberborn based on a recommendation in this thread. It has early access hiccups but the game was complete enough to steal a few evenings from me, and the terraforming / river control mechanic is really something.

The core loop of the game is about water management and dam building. Your colony can only survive next to water — you need it to grow food and to power your production tree with waterwheels. Basic survival is easy enough, but every season there’s a drought where water stops flowing into the map, and when the water near your colony dries out your crops and forests die off too.

At first it’s enough to dam up the river and turn it into a temporary lake to survive the drought. But the dry season gets longer every year — long enough for a shallow body of water to evaporate — and soon you’re flooding valleys to create reservoirs or dynamiting channels to make new parts of the map habitable. This is where the game’s at its most novel, and it was really fun to play a colony builder where the map is alive and not just a slightly varying collection of resources and buildable areas.

For early access problems: the toolbar has way too many buttons and most actions take a few more clicks than is probably needed. There’s a citizen happiness mechanic that doesn’t have any effect on gameplay and can be ignored. Also, the game tries to make you create new self-sufficient colonies to expand, which is frustrating since a lot of the work you need to do is temporary (“I only need a camp here to blow up this pass, after which this plain will be underwater”). Hopefully they address these, but the game’s playable enough now to be enjoyable. 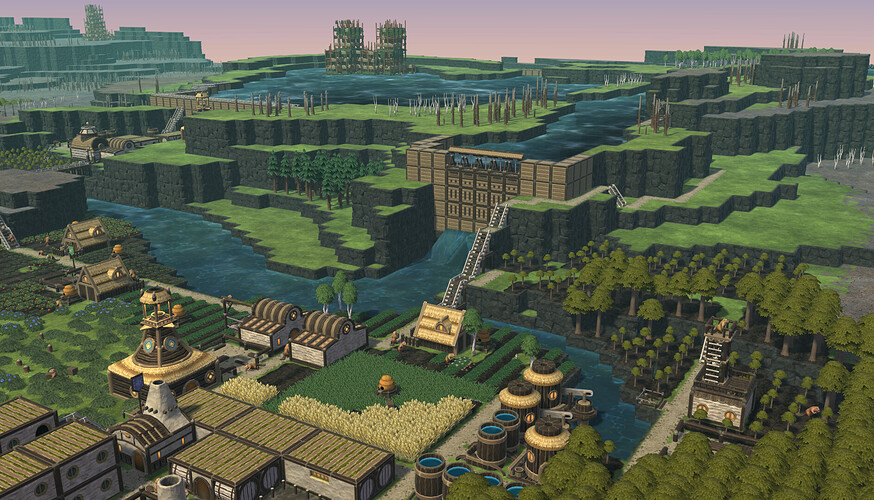 Thanks for that write up. With a nice detailed analysis like that you should post more often than every 12 years! 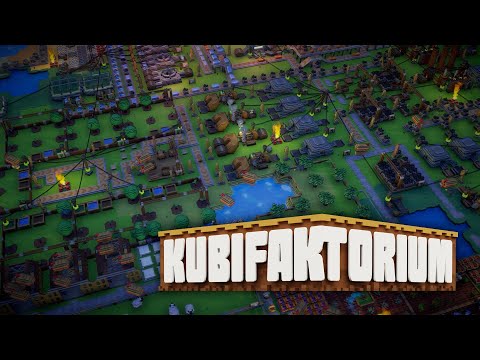 OHhh I love this dev, his previous game BossConstructor was GREAT, so I might have to pick this up to support him.

I just played the demo (on EGS) for awhile, and Against the Storm is really cool! It’s a roguelike city builder currently in early access. You go to random maps and do the typical fantasy building thing, for the most part. But you’re given a bunch of random goals and also essentially random access to buildings (both of these work as “choose one from these several options” choices).

The UI and foundational systems are really solid. There’s a lot of stuff going on in this game, but it juggles it all quite well. There’s a number of unique systems, such as three races (humans, beavers, lizards) with different needs and a slowly worsening storm that establishes the curve you need to stay ahead of.

I did run into some issues–maybe my fault for playing poorly, maybe the kind of things still to be solved in Early Access. I tried two random maps after completing the tutorials, and in both I ended up stuck, seemingly unable to progress, because I couldn’t get blueprints for new buildings after a certain point. In my second game, I never got offered a Brewery, which meant I could never fuel a tavern and never raise satisfaction with my beaver-people (which is the main goal I was trying to work towards).

You can get this for less than $10 on EGS with the coupon right now… I’m very tempted, even if I had a few snags.

That does look really cool. Beautiful graphics as well.

Sounds awesome! Wonder if they’ll ever finish it.

…I should really write a bot to reply to this thread with that.

Sounds awesome! Wonder if they’ll ever finish it.

In this case, I think the fear you should have is where they land on balancing. Enough of it is in shippable shape that I’m not concerned about their ability to build more content with interesting mechanical twists on the core gameplay they’ve established. I will say that most early city builders always feel precarious, like you’re navigating between the Scylla and Charybdis, avoiding this or that death spiral. This game has a very grounded feeling. Maybe it’s just relatively easy? But I think it’s more that it’s very manageable. That said, as I mentioned above, there are some apparent dead ends in the randomized progression. Very fixable, though!

Still. For this thread, that bot could save a lot of time.

Against the Storm still feels very early access to me, because it seems very difficult to actually figure out what you’re trying to do, or what tools you have to do it. Also the overworld stuff isn’t explained at all.

The art and UI and all that are very polished, but as it stands I can’t figure out either what is required to be successful at a given map (yes, they tell you the goals, but how do I achieve those goals efficiently?), or what I’m supposed to be doing between maps.

Really hope they do some work making the game more understandable, and not just add more biomes.

I just played the demo (on EGS) for awhile, and Against the Storm is really cool! It’s a roguelike city builder currently in early access. You go to random maps and do the typical fantasy building thing, for the most part. But you’re given a bunch of random goals and also essentially random access to buildings (both of these work as “choose one from these several options” choices).

I’ve had this on my wishlist for awhile and I am tired of people complimenting it and me not having it. :) It may be time to pull the trigger and at least try that demo I downloaded months ago.

Pretty sure Katherine of Sky has some videos playing it, if you can’t be bothered doing the demo!