A standalone Autonauts just released. It added combat vs. the Piratebots with a lot of QoL features. It was going to be DLC but now its a separate release. Its halfprice ($10) until 8/4 if you already have Autonauts on steam.

Wait…what’s autonauts? This is a city builder game?

Yeah, Autonauts is a logistics-chain type game where you collect resources from the map to build buildings which combine resources into higher-level resources so you can build more buildings, etc, all in the service of making goods to keep your citizens happy and level them up, so they can provide you with research points so you can unlock new buildings…

But the kicker is that anything you can do, you can program bots to do for you, so you end up automating most of your infrastructure, including the infrastructure to make more bots. The art style is a bit… spare, but the game is quite good. There’s a lot of variety in how things are produced, so you’re generally always figuring out how to best proceed, plus you often want to go back and update some of your production areas to make them more efficient using the new technologies you’ve discovered.

Save 62% on Autonauts Mega Bundle on Steam

Mack is still raving about Empires of the Undergrowth: 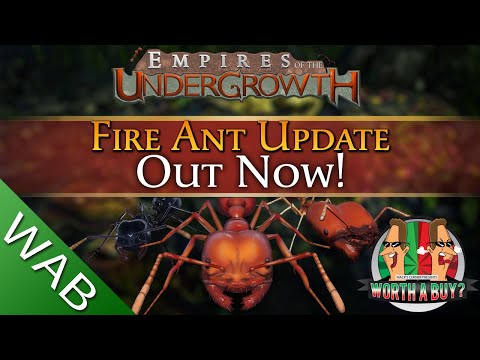 So this looks kind of neat.

So so. Gameplay has two components

OH so it’s an idle game? Hmmm, thanks for taking one for the team.

So so. Gameplay has two components

Which game are you referring to here?

It has an ‘idle mode’ that presumably makes it conflict free so you can idle away. I did not do that.

Anyone planning on purchasing Sweet Transit which starts EA today? Not sure if this is the correct thread for a Train/Resource game.

Normally I would jump on a train game but I am a bit leery with how signals were working in the demo.

Is there a broad consensus about whether Per Aspera or Surviving Mars is the better Mars colony builder at this point? Or, failing that, can anyone give me a sense of the strengths of each?

I can say that I enjoyed Per Aspera more, but I haven’t played Surviving Mars since the expansions came out. Too long ago for me to remember why. I think managing colonists in SM was pretty tedious and not worth the effort. Maybe the worker drones were finicky too?

Per Aspera is very much a logistics management puzzle more than a colony builder, and story aside it can feel pretty abstract, and there can be a lot of just waiting around for resources. I don’t have any real desire to play it again now I’ve experienced the story. People dunk on Surviving Mars a bit but I think it’s the better colony manager, especially post patches. They’re very different though so why not try both.

They’re very different though so why not try both.

Lack of time. :) But fair enough, if they’re doing very different things then I should indeed try both of them at one point or another. I was kind of hoping to narrow the field.

So apparently we’re getting a city builder in the Falconeer universe, which looks fantastic because Falconeer was a fun game with a lovely bit of worldbuilding.

Looks like a very unique way of building cities! 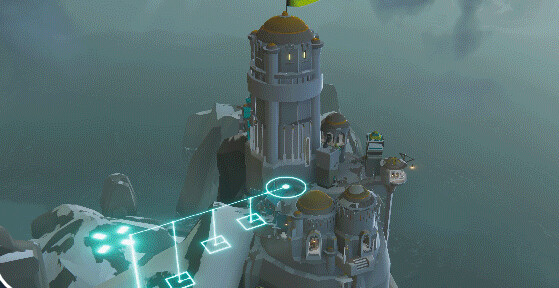 Per Aspera is very much a logistics management puzzle more than a colony builder, and story aside it can feel pretty abstract, and there can be a lot of just waiting around for resources. I don’t have any real desire to play it again now I’ve experienced the story. People dunk on Surviving Mars a bit but I think it’s the better colony manager, especially post patches. They’re very different though so why not try both.

I gave up on Per Aspera by the end of the tutorial too slow. I really like Surviving Mars. The woman who was the CEO of Paradox, said it was her favorite paradox game. While I wouldn’t go that far, I played several games this last couple of weeks and just passed 1,000 hours on the game… It is a pretty chill game, that gets challenging at higher difficulty levels. I’m generally ready to quit by Sol (year) 50, and seldom make ti to turn 100, and always lost interest before completely terraforming Mars.

They have made numerous improvements to both the UI and the AI of the game so micromanagement while still helpful, isn’t required. You can choose between numerous sponsors (US, Japan, EU, and Paradox !, and different commanders, doctors, rocket scientist, mayors) which keep the game fresh. There are literally thousands of different start maps and present different challenges

I have not bought the latest expansion, the new studio started of really badly by breaking the game, but they fixed finally. Also a special shout to the radio channels, it comes with 1/2 dozen radio channels and numerous mods add more. They are really well done.

Wanted to pop in here to respond to this recommendation.

I have a love-hate relationship with traffic management games. I often think I’ll love them but I often end up hating them.

Sweet Transit intrigued me - I’ve never been able to develop a shred of interest in Factorio, and in spite of Sweet Transit being described as “the trains from Factorio” I was still drawn to it.To check out Sweet Transit I went to my normal go-to YouTubers (including Katherine of Sky, who is as bit of a Factorio fangirl as you’ll find) and saw her having issue after issue - not just with the game, but seemingly fighting the UI, complaining about a multitude of things while playing - pretty out of character for her. Her difficulties led me to believe Sweet Transit was one of those games that was perhaps a bit interesting but not reallly my cup of tea. So I held off buying it.

However, a week ago I stumbled across adekyn’s Youtube videos of Sweet Transit. I’ve found those videos by far the best description of how to approach and play the game. As I watched more of his videos, the game finally clicked for me - not only did I understand it better, but I developed a new apprecation for the design of the game. Initially I felt the game was a big sparse but now it seems to me that it simply ramps up the complexity little by little until you look back that what you’ve been doing and say ‘wow, I did all that?’ Which feels like a pretty solid design.

It’s not a perfect game by any stretch of the imagination but it’s engaged me in a way that many other recent builder type games haven’t.

Adekyn’s videos do a very good job of introducing you to and expanding upon the game. I’d never heard of the guy before but I highly recommend the Sweet Transit videos if you’re interested in the game. So thanks, @Ginger_Yellow for the rec!

Adekyn does a lot of train stuff - Railway Empire, Mashinky and so on.

Yeah, Adekyn is the reason I know how to do rail switching in Railway Empire.