The Steamworld aesthetic is a rusted-out western robot world, but it’s usually very quirky and characterful. I think the issue is that (at least so far), the building art isn’t really managing to convey that. 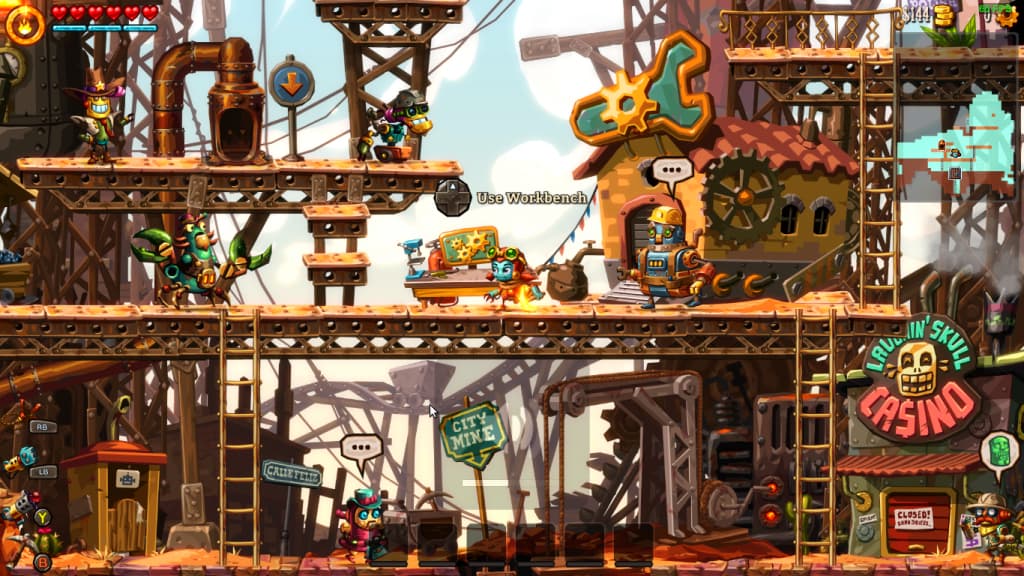 This isn’t the main Steamworld studio (Image & Form). I believe they formed a kind of development consortium with some other Swedish studios that’s called Thunderful. One of those other studios is making the city builder. So the talent behind the visuals of the earlier games is probably not directly involved, but we can hope the game’s look might get some attention before launch. I didn’t dislike it, but I think it’s not really expressing the flavor of the original games.

(Did anyone else notice that across the ravine in the upper city landscape there was a kind of rollercoaster? You could barely get it in frame, but it was there doing… who knows what.)

I was referring to the New Cycle look. SteamWorld build looks fine. The jiggle when moving around a building you’re trying to place is great. Makes the whole set style work for me :)

As for your post, I find the buildings on Steamworld Build to be charming!

Here’s Circle of Kerzoven, a city builder where… heck, I have no idea. Just saw it pop up. Demo is available. Trust them, it’s charming!

I was hoping the art style would try to match that logo background. Instead it’s a brightly colored low poly art style, which while well done, was a disappointment compared to what my brain was imagining before I clicked on it :)

Before anyone thinks I’m in this thread just to complain about the art style of city builders, I actually think the screenshots are pretty charming! It’s a very legible look. It was just a mismatch of expectations that gave me a strong reaction.

If you end up playing the demo I’d be interested to hear more. Medieval city builders set at this detail level seem to be all over the place now so I don’t have the energy to try to find the most worthwhile examples.

This is exactly right.

Homeseek is a new one to me. It’s post-apocalyptic for those of you triggered by that subgenre! A demo is available during the builder-fest.

I’m not triggered by it! Just turned off by the aesthetic and therefore have no interest in playing it unless it’s a new best ever city builder. Now, if you tell me it starts all brown and ugly and ends up lush and vibrant then I’d probably be interested.

Tired of building cities in post-apocalyptic brown? Try 50 shades of gray, as you construct your city underground… on the Moon! Demo is available.

Here’s a builder that mixes it up - it’s set in space, but instead of the planet being gray, it’s brown!

But seriously folks, this builder is often described as a mix between Factorio and Open TTD. Looks like you will end up building lots of production chains and transport stuff to and fro as you attempt to tame your wild planet. Demo is available.

And it’s about terraforming so it satisfies my turning things lush and green desire! Also, the surface of the moon builder looks pretty great. Captures that stark beauty of the moon.

I also think there are probably styles for a post-apocalypse game that would still appeal to me. Something like The Last of Us with nature reasserting itself onto what man ruined.

I mentioned this in the Falconeer thread but it deserves a mention here too.

There’s a pre-alpha demo but not sure how much longer that’s available for.

Katherine of Sky has just started streaming this 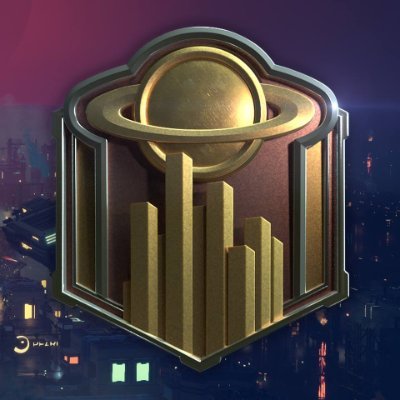 @IndustriesGame
The wait is finally over, Founders. Industries of Titan 1.0 is out now on Steam and the Epic Games Store! 🚀✨ Create a sprawling industrial city and compete with other rival corporations to stake your claim to the industries of Titan 🪐 https://t.co/XVdnXiC2Qb
Charlatan February 1, 2023, 10:54pm #1407

Guess the setting for this one. I’m not telling.

Since you keep poking, it’s not even a similar aesthetic that I don’t like with some of these, it’s that the screenshots look interchangeable between them. You could show me a screenshot from this one and pretty easily convince me it’s from Endzone or that other one that came out at the same time that looked just like Endzone.

Not to keep poking, but I just got a promo email about this concept which may be the answer to abrandt’s prayers! (And I agree with them, so mine too!)

There’s an early demo (I say early not because I’ve tried it, but because the game is set to release in Early Access in May.)

A bright post-apocalypse!? BLASPHEMY! Looking at those screenshots reminded me that My Time at Portia(and I assume the sequel I haven’t gotten yet) was actually in a post-apocalypse that was similarly vibrant.