I don’t think you’ll be disappointed. :-)

In non-Tropico news, thanks to Gamepass for PC I finally got a chance to check out Surviving Mars – totally missed it when it was Epic’s free game, but just dipping my toe in in the first few minutes, I think I’m gonna really like it. I’m generally always pleased with Paradox games, and I definitely see their fingerprints on it, but the city-building angle looks like it’s going to be just right. I mean, I’m VERY early in, still going through tutorial missions, but I think it’s gonna be a fun time.

So I do not know if many people keep up with the Caesar III scene around here. You might be surprised to learn that there is an open source (written in C) recreation of the game, gets around legal issues by requiring and hooking into the original C3 game. Anyhow, due to the game now essentially being open source it has opened it up a ton to some fairly extensive modding. Early days so far, but one fork of the open source project has achieved stuff like introducing optional toggable features that were present in later games like Pharaoh and Zeus. Features such as road blocks, Zeus’s global labour pool, increasing number of military forts that you can build, control over what markets sell/fetch, and other small QoL features.

Included the video below for anyone who wants to see it in action on a community created scenario/map, and know more.

If I had to pick my all-time favorite city-builder, there’s a very distinct chance that I would pick Caesar 3. Therefore, I welcome this news, thank you!

Oh wow! I adore the Impressions games, but haven’t gone back to Caesar III because it lacks some of the features of the later games I think are basically essential. Thanks for mentioning this!

N.B. This appears to be where the project lives: 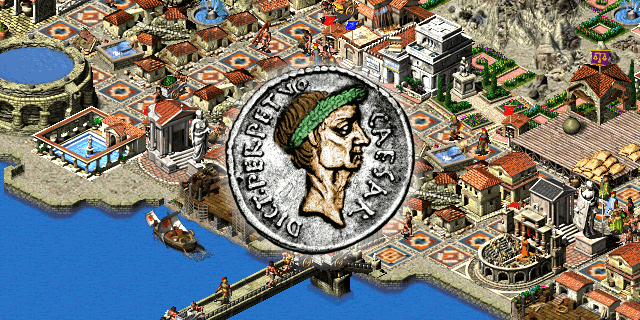 An open source re-implementation of Caesar III. Contribute to bvschaik/julius development by creating an account on GitHub.

Yeah, while the fork/version with all the gameplay additions can be found at:

An open source re-implementation of Caesar III. Contribute to Keriew/julius development by creating an account on GitHub.

What’s the difference between the base Julius project and the fork? Essentially this:

“The objective of the base version of Julius is to improve the usability and experience of Caesar III. Changes to gameplay or more fundamental modifications are not the purpose of Julius. However, the project is open source, meaning anyone can pick up the code and change things further, which is what Keriew has done with the implementation of things like roadblocks and a global labour pool as options. This also means that the base Julius is fully compatible with vanilla Caesar III save game files while Keriew’s version most likely isn’t compatible with your existing save games.”

A version for the Switch even… hot dang.

Something I saw earlier.

Looking forward to a finished Industries of Titan on Steam. Came for the Blade Runner aesthetic city builder, stayed on hearing comparison to RimWorld and Dwarf Fortress (!).

Yeah, I’m super looking forward to it, but I ain’t touching it till 1.0

I have been playing it and having fun but yes, if early access isnt your thing then deffo hold off on this one for a while. I would estimate a year or so before this is going to have the core gameplay fleshed out enough to meaningfully play.

Before We Leave is a non-violent city building game set in your own cozy corner of the universe. Rediscover and rebuild civilization. Create a multi-planet resource network. Overcome ancient challenges and fend off hungry space whales.

I am sorely temped, and have been having an inner dialog about whether it’s stupid to buy a new game right after I got Old World. But I almost feel like Before We Leave could be played in a much more casual way than Old World (and I need a casual game to play when I’m watching TV with the wife, as I am frequently called on to comment on the show and/or interact with her).

I’ve watched a few Let’s Plays for this (one by Katherine of Sky) and it seems like a charming game. And I have to admit I am very interested to see what happens once you get to a second planet (that’s not a spoiler since it’s in the blurb above!).

Damn. This, and now Old World, both look like really solid offerings…

Is that one Early Access? I can’t tell if Epic marks those in any way.

I am playing this. Its a chill builder. I like it overall, negatives are the forced tutorial and choice of graphics for a sf game. But its a fun enough expereince. Feels like a good $20 game.

Thanks for the feedback!

So for anyone who doesn’t check the Kickstarting and Screaming thread. Impressions-inspired citybuilder Aztec Empire is running a Kickstarter campaign currently. It also has a free playable demo of the game available for anyone interested in checking it out.

Anyone put in more time with Before We leave, enough to make a strong recommendation? Or maybe this is a decent but ultimately skippable game?