I didn’t realize any of the Tilted Mill guys were involved in the remake! Or… Are they just doing a retrospective AMA for marketing purposes? I guess I need to read the articles.

Mainly a retrospective AMA for marketing purposes in Chris’ case. Keith Zizza is providing some assistance to the remake’s composers on the soundtrack though. So, there is some involvement from past employees on the project.

I should give this a shot. I remember playing a version of A-train back in the early 90s that Maxis was publisher for.

Coincidentally, a good time for it too since the series is part of Steam’s Lunar New Year sale. I acquired A-Train PC Classic finally and have already sunk over 18 hours into it, so I went from playing one A-Train to another. Just as good, if not better in some aspects, than A-Train 9 if you don’t mind some (predominantly) 2D isometric sprite-based graphics, brings back memories of playing Transport Tycoon Deluxe, SimCity 2000 and the Maxis release of A-Train (which was A-Train 3 in Japan).

Some of the quality of life improvements and gameplay additions they implemented with A-Train PC Classic are amazing. I might have to get around to doing an in-depth post on that game as well, or a mini-Let’s Play, to showcase what it brings to the table.

I just played 10 hours or so of Before We Leave. If I had to sum up what the game’s biggest challenge is, it would be “I need to dedicate a lot of space to roads, so try to make good use of the remaining space.” Every building needs to be connected to a road, and since the game is hex-based Civ- style with roads taking up a complete hex, a lot of space is taken up by roads.

Early on it doesn’t matter too much, but once I needed different types of buildings it could be a little bit of a pain to lay things out efficiently. It is OK to tear things out and reorganize though. Eventually the colony needs things it can’t get on it’s initial landmass so it becomes time to build a boat and look for other land. Eventually, other planets can be colonized - shipping goods between land masses and between planets.

For the most part the game is pretty forgiving. Peeps just work more slowly if they get unhappy. Research discovers new things to build, which may improve production or give new ways to pacify the peeps. Eventually there is an ‘enemy’ that needs to be dealt with, but it doesn’t require building troops and there isn’t any combat. I neglected keeping my first planet up to date with new discoveries, so I wasn’t prepared, even though I knew what to do. The enemies last pass destroyed a bunch of my stuff and I figured that was a good place to call it quits. If I play again, hopefully I remember my fate and better prepare.

Overall it’s not a bad game. It’s always fun to ship goods here and there. I got it for $5 on Epic so I’d day I got my value out of it even if I never return. If I ever ‘win’, it doesn’t seem like there is much replay value after that.

Lately Artdink have been busy working on bringing the series to the Nintendo Switch with A-Train All Aboard! Tourism.

Cross-post time due to confirmed western release! Alas, no Switch for me. So, fingers crossed Artdink bring the game to PC, which there has been Japanese fan speculation about due to demand. Would be right up there as a tempting day one purchase for me based on what I managed to learn about the game from Japanese sources, plus the 70+ hours I have sunk into A-Train PC Classic so far.

The Switch just got a lot more appealing for anyone who was a fan of A-Train: City Simulator on the 3DS, or happens to enjoy deep railway business games with some city-builder elements mixed in. Didn’t appear on the American version of Nintendo Direct because who knows, free exposure is overrated I guess unless Artdink only very recently finalised paperwork for self-publishing the title globally. Either way, I heartily approve of this game getting a same day global release. Plus with a free tri…

I am shocked to see Maia is still getting big updates, this game was kickstarted in 2013, and progress every step of the way has been slow. Back in 2018 it hit Steam and I figured the developer would abandon ship, but they are still working on it. Perhaps a true labor of love?

A new update with fixes, features and optimisation!

Have you played it?

Nope, I passed on the kickstarter. :)

I remember following development updates for it. This very clearly is a true labor of love, but it seems like the developer never found a way to give it interesting gameplay. Just watching characters endlessly shuffle around, doing nothing in particular.

Going Medieval has not been discussed here yet?

Is it s city builder though, or a survival game?.. or a sim game? Hrm…

Oh this is very much a CB/CM game. It’s a bit like a cross between original Age of Empires, and Rimworld. There’s a decent look at it linked below with the lead developer describing the major game play elements.
I’m looking forward to this one. Sounds like EA is not too far off. 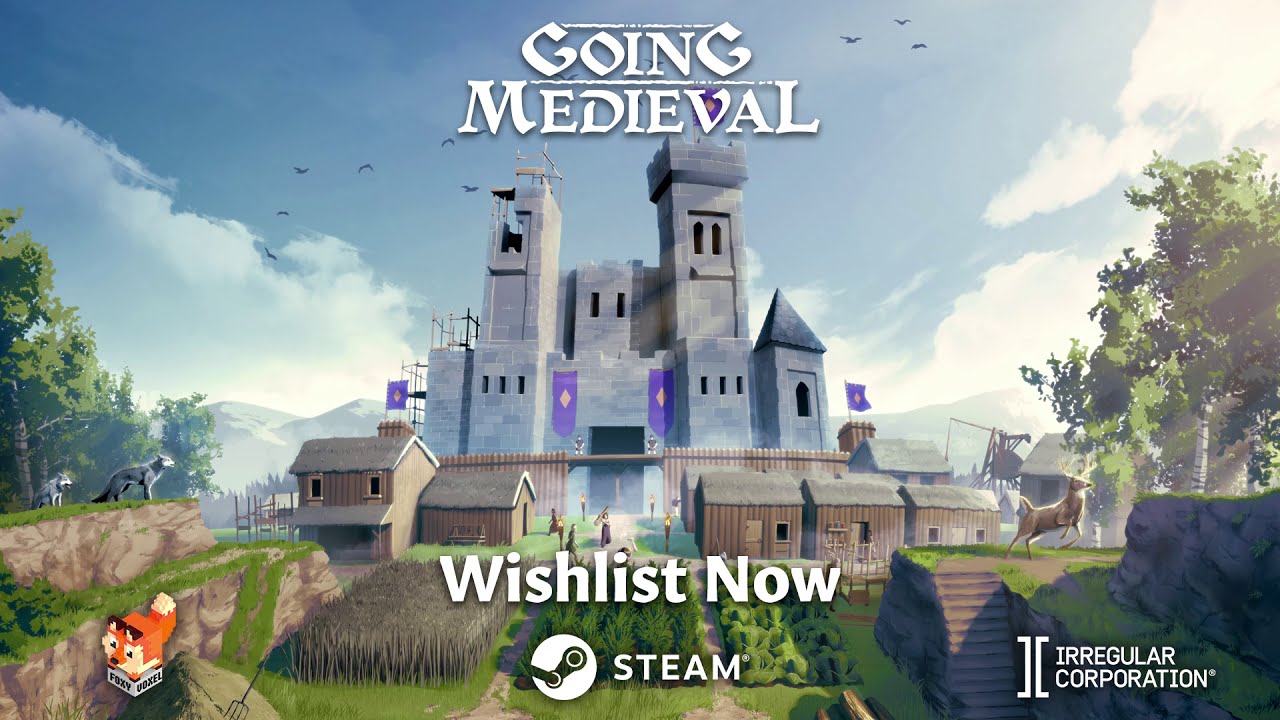 Anybody played this? Looks kind of cool.

Here’s what I said about it…

I just played 10 hours or so of Before We Leave. If I had to sum up what the game’s biggest challenge is, it would be “I need to dedicate a lot of space to roads, so try to make good use of the remaining space.” Every building needs to be connected to a road, and since the game is hex-based Civ- style with roads taking up a complete hex, a lot of space is taken up by roads. Early on it doesn’t matter too much, but once I needed different types of buildings it could be a little bit of a pain to …

Kind of surprised this hasn’t come up here yet. Dorfromantik (what a name) is out in EA now. I’ve played it for an hour or so so far. Don’t know about longevity but it’s like a peaceful one-player Carcasonne so far.

Edit: Weird, the Steam link is showing in preview but not when I post. Here’s a direct link.

I immediately bought this, appreciate the link! Looks like a super relaxing, chill city builder.

Does it have golf as well? 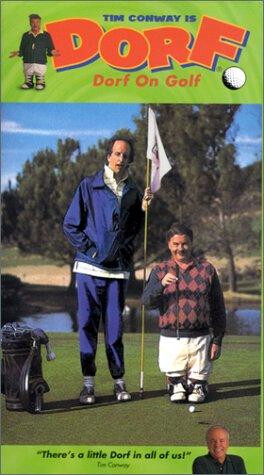 First Feudal is out of EA as of today. It looks interesting, but Steam reviews aren’t anything special. Anyone going to try it?

The A-Train games (classic and 9v4) go under $20 for Humble Choice subscribers. Not sure if i’ll get one but kinda tempted. Not sure I want to look at the graphics of classic, but up thread it’s mentioned it may be the easier one to jump into.

Understandable, the 2d sprite artstyle can take some adjusting to at first. Though, I honestly don’t mind it at the higher zoom levels where everything looks smooth and crisp at 1080p.

For someone who adored Transport Tycoon Deluxe (OpenTTD) and the Railroad Tycoon games, Classic has had me absolutely hooked. Sunken 100+ hours into A-Train PC Classic so far and still working my way through all the different scenarios available and then re-completing them at the hardest difficulty. Easy gives you a fair bit of latitude in each scenario to experiment, make a bunch of mistakes, and learn the scenario.

To then take that knowledge and efficiently smash out the same scenario on Hard difficulty feels fairly rewarding to me. The game doesn’t withhold any punches on Hard regarding time pressures and the like, so it ain’t no walk in the park even for the introductory scenarios. Yet there can often be more then one way to go about achieving your objectives, so it doesn’t feel restrictively puzzle-like either on Hard either.

Each official scenario alone offers a good, at minimum, few hours of gameplay each. Then you chuck the map\scenario editor on top, associated Steam workshop support for sharing user-generated content, and sandbox mode on top. Pretty sure I could extract a hundred hours out of this game just based on the quality of some of the user scenarios on the workshop.

Classic really is a deceptively deep game about operating a private Japanese transportation business. Until All Aboard! Tourism hopefully makes its way to PC and I get a chance to try it, Classic definitely up there as a favourite of the series for me in terms of gameplay. Took everything I enjoyed about A-Train 9 as a simulation/management game, threw in a slew of gameplay improvements and quality of life fixes, and magic happened.

Nice range of different objectives to achieve in the scenarios too. The fourth scenario ‘City by the Lake’ is all about urban development and assisting the development of a region into a thriving metropolis by a lake. Can’t think of too many other railway\transport tycoon-like games that have their own RCI-esque indicator for sector supply & demand. Though, a very handy tool to have when you want to get your hands dirty establishing profitable subsidiaries across the map (e.g., building stacks of sorely needed housing developments).