You guys nominating RTS’s as City Builders are doing it wrong. 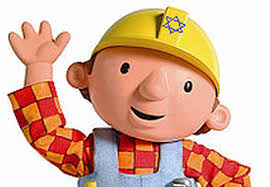 Yeah, I agree with this for the most part. Startopia, for example, isn’t building a city, but it does involve placing attractions, amenities and the like, while trying to keep the population content. Things like Roller Coaster Tycoon (any of the tycoon type games, really, though some of them are really bad) fall into this category as well… at least for me they do.

Similarly, an actual city builder still requires designing for efficiency and happiness. So while the two game types are somewhat different, the strategies involved are often very similar.

Colony management implies a survival element, where the stakes are higher than just adding new buildings and waiting for the the population to grow.

And maybe an emphasis on unique individual residents? Granted, that describes Tropico as well as Rimworld, so the line is blurry, but it seems to be there along with the survival aspect you mentioned.

Can’t wait till we finish trying to decide what games qualify for discussion in this thread.

Through the Ages is the best Empire Comptroller I’ve purchased in years, and discussing here should help place it at the top of everybody else’s list too.

Through the Ages is the best Empire Comptroller I’ve purchased in years, and discussing here should help place it at the top of everybody else’s list too.

I love that name! So it turns out I’m a big fan of the Empire Comptroller genre.

Yeah, I agree with this for the most part. Startopia…

I always thought that Startopia was most similiar to Dungeon Keeper, so would you consider that series and it’s clones for inclusion in this thread?

And maybe an emphasis on unique individual residents? Granted, that describes Tropico as well as Rimworld, so the line is blurry, but it seems to be there along with the survival aspect you mentioned.

Yep, absolutely. Colonies tend to be intimate enough that you can highlight their colonists!

I always thought that Startopia was most similiar to Dungeon Keeper, so would you consider that series and it’s clones for inclusion in this thread?

I’m probably inclined to throw too wide a semantic net*, but I always thought of Startopia and even Dungeon Keeper as city builders. One is a space city and the other is an underground city.

* Who wants to hear me define “rogue-like” again? Anyone? Anyone? No?

Does Zeus have a patch for the slow god animation bug yet? It makes some scenarios in the game unplayable.

So I finally loaded up SimCity Societies tonight – after jumping through hoops like setting compatibility mode to Windows 7 WHILE ON WINDOWS 7 – I found it absolutely fascinating. Using things like creativity, spirituality and so on to build a thriving city is a marvelous idea. I can’t wait to play more.

Does Zeus have a patch for the slow god animation bug yet? It makes some scenarios in the game unplayable.

I don’t think I’ve ever experienced that bug. That said, I played Zeus originally when it first came out on hardware that it was designed for, but more recently I’ve played the GoG version and still haven’t seen that bug… so maybe the GoG version has patches included that fixes it?

But also, I always play the Poseidon expansion (since it includes the base game), which may also have fixes in it.

I’ve never seen that either, but Google certainly pulls up a lot of other folks having that issue.

For whatever it’s worth, Emperor–which recently came out on GOG–is Zeus in China with just a little bit less personality. Might give you that fix.

Still wishing they make a new simcity… but maxis is dead now, except for the sims. The last one had such a bad reception, but i really liked the feel of the game it just had super SMALL maps. As much as i like City Skylines, it still doesn’t completely satisfy my simcity needs.

I think haemimont makes some good city builders from the recent tropico’s to grand ages rome/imperium romanum, still haven’t played that new mars one though, it kind of looks boring.

I think the last Sim City is the only one I never played. I don’t think it showed up on platforms like Steam, so I haven’t caught it on sale either. I recall from reading Qt3 that it was pretty hit or miss with folks.

I did play Societies, but that failed to grab me. I hear it changed a bit from when it first released, and maybe became a little better. Can anyone attest to that? It’s another one that isn’t on Steam, and I doubt I could find my old disk for it.

@mtkafka, your post did remind me of another title I liked. Not Grand Ages Rome, but a game called CivCity: Rome. I recall that it was pretty good, but I’m not sure how it’s aged in the past 13 years.

Are we still deciding what qualifies to be discussed in this thread? Stonehearth* might qualify, I think, if Gnomoria or Dungeon Keeper do.

I’m sort-of thinking there’s a distinction to be made between City Builder and, I dunno, Village Builder? Settlement Simulator? Or do Stonehearth and Gnomoria fit the “Colony Manager” mold?

LoL anything is fair game. There’s no thread cops here. Just stated my opinion that building a base in a RTS maybe doesn’t fit in with the City Builder concept! I was joking when I said it was doing it wrong.
I meant no offense to @kerzain for bringing up AoE 1 & 2!! I love those games too.

It does bring an up interesting question though. Do people feel like They Are Billions and games like it are colony sims, or builders? I’m interested in hearing what others do feel belong in this category.

Stonehearth absolutely belongs in the conversation. I’ve been in the EA for it for a while and rather enjoy it. They make regular updates and improvements to it, so it’s very much heading towards a release.

I like TAB (in concept anyway, execution is pretty flawed right now but it’s in a totally reasonable place for something being labeled a 0.7 beta), but to me it doesn’t really go here. It’s got a very different feel, pace, and win/loss condition than what I think as builder sims.

Honestly games like Rune Factory / Harvest Moon / Stardew Valley fall a lot closer to what folks are bringing up in here than TAB does, and a lot of that comes down to the idea of being relaxing games about building stuff and managing production chains and the like. Idk, I’m weird though.

Not sure why you think this about Tropico 5. I’ve played 1, 3, 4, and 5 and the basic gameplay seems to be there. Is it that you don’t like unlocking things through the ages? It’s still fun putting down buildings to grow the economy and fulfilling the needs of the people.

My favorite things about city builders is the ‘evolution’ of the buildings - huts turning into palatial estates when they get all the services they need, etc. For me, this is what marks the ‘city builder’ genre from ‘colony management’ games (though I do feel that if you like one, you probably like the other). Second to the evolution is watching them build, ala Settlers 2 (or something like Pharaoh with all the pyramids).

Civ games? No, those are TBS. AoE? RTS. I’d allow for things like RCT and Theme Hospital though - kinda the original colony builders for a very narrow definition of colony.