Did they ever add keyboard shortcuts?

I just started playing, so I’m not using them, but there seems to be a small list of shortcuts. Not extensive by any stretch. Not sure if this was what you were looking for. 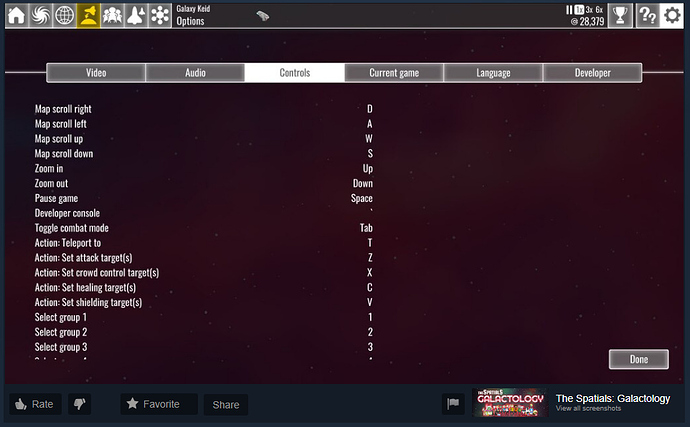 One of the early access reviews was frustrated by the game since at that time there were none. Thanks!

Oh my, wishlisting this for when it leaves early access.

Them’s some charming pixel graphics right thar, that is.

Katherine of Sky did a video of it recently.

Them’s some charming pixel graphics right thar, that is.

Charming, indeed, right down to the little sawdust particles flying off the saw horse as logs are cut into planks by your micro-townies! I found it quite casual and peaceful and there’s a good few hours of play in the EA now but there’s very little challenge yet. The dev will be adding some sort of “conflict” element, apparently.

I played a little of this during EA, and was encouraged, so looking forward to trying out 1.0

Ooooh, that actually looks pretty interesting. Will have to keep that on my radar.

I saw Katherine of Sky doing a little Flotsam yesterday. Seemed vaguely interesting, but I wasn’t watching it terribly closely. I wonder if the game does anything different or if it’s “merely” another implementation of ye olde city builder (not that there’s anything wrong with that).

A city builder on water… I may have to give it a try. That art style looks fun, too.

What about city-building in the air??

A friend of mine is part of the team making this game, which blends city-building with some story-based exploration (since you can fly your city around):

Airborne Kingdom - Take a fantastical journey, fly the desert and build your...

Airborne Kingdom uniquely blends city management and exploration, with a world and lore all its own. Build housing, gather food, satisfy needs, and grow your tribe. Maintain lift, discover resources, and explore the desert for lost technologies. The...

I’ve played a very early version and I think it’s promising! I believe they recently announced that they will be launching on the Epic game store in 2020.

Wow, that artwork is gorgeous. It may not technically be steampunk clockwork, but I sure love seeing those gears churning. Correct me if I’m wrong, but are they actual functional gears? They sure look like they’re all interconnected.

Good question. I don’t know if they’re building them to that fidelity, but it sure looks like it.

Good question. I don’t know if they’re building them to that fidelity, but it sure looks like it.

Lovely artwork, but I worry I’d get seasick! Or airsick, I suppose. That view from above is beautiful but vertigo-inducing.

I’m really surprised there aren’t more games like Tropico out there.

Been looking at city builders recently. I looked at Depraved and Flotsam and the opinions on both make it sound like they both are pretty good but suffer from a lack of content. I guess it’s to be expected from early access titles, but that’s why I don’t like buying EA titles - I want to play the whole game!

Also, these two might have been mentioned but I couldn’t find out by using the search function, so here we go:

I like the look of Foundation and the few videos I’ve watched of it make the early game seem interesting. Dunno how much depth this one has though. And of course it’s still in EA.

Planet Zoo is by the people who did Planet Coaster. It’s in very early Beta. I saw a bit of a video Quill18 did on it. Looks gorgeous (and I wouldn’t be shocked if it used the same graphic engine as Planet Coaster). It’s obviously more of a “zoo builder” than a city builder, but it does have some different elements, like an online career mode that includes an animal trading aspect where you can put animals up for sale and other people online can purchase them. If you don’t wanna be online all the time, they did tell Quill that there would be an offline career mode too.

I played the beta for Planet Zoo. Foundation seems like its got its ups and downs at the moment.