Is this the original AW or all of them?

The boxed version of AW3 from Interactive Magic.

Yeah that’s the one I played the most and I loved it.

I just found out about this big 2.0 patch for Total Air War today. Has anyone tried it?

Current Version: 2.30 Total Air War 2.0 is a total conversion of F-22 Total Air War (TAW), and also includes the campaigns from F-22 Air Dominance Fighter (ADF) and the Red Sea Operations (RSO) expansion disc. The goal of TAW 2.0 is to provide a...

Also snagged a cheap copy of Joint Strike Fighter on eBay since apparently it’s very easy to get it running in modern Windows.

Yeah, I’ve played a lot of it. It’s TAW, monkeyed around with that so that it generally runs in modern Windows, with the best bet being running it in the included Glide wrapper. It also includes some 3rd-party paid add-ons from back in the day. It’s not a perfect experience (particularly with sounds) and can be fussy, but it works for the most part, especially considering it’s mainly .exe hacks.

So damsonn over on the MicroProse discord wrote a program that lets you slip in two of the F-15 Strike Eagle II theaters for the Central Europe theater in F-19, and it works swimmingly. 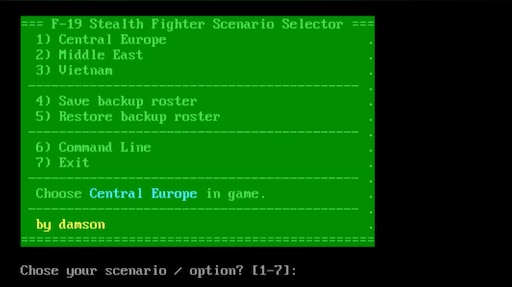 Ever wanted to fly your F-19 in the Middle East or Vietnam theatres known from later released F-15 Strike Eagle 2? Well you actually can. To do this you will need to replace one of the scenarios in F- 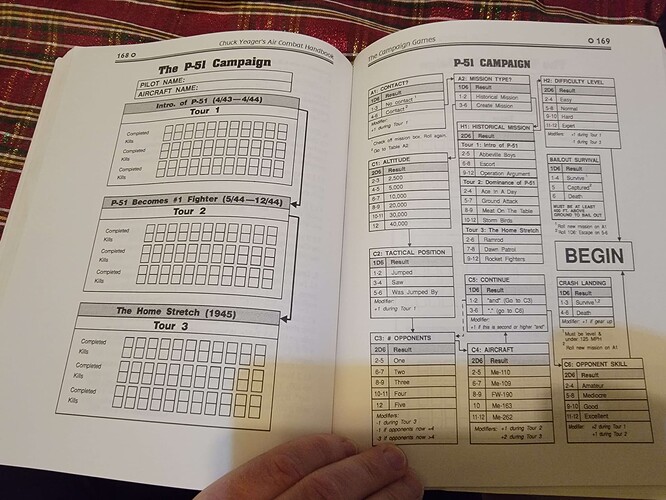 There’s one for each flyable plane in the game, six in all. You roll dice to see which mission you’ll do next, its parameters, and sometimes its outcome. It’s FASCINATING, so much so I am TOTALLY going to do this.

Wow. I worked with Mike for years at CGW (he’s the guy who taught me how to do great screenshots) and had no idea he’d done a CYAC book. Man, I’d love to see that game design with modern graphics and flight modeling.

If I won the lottery I’d do that, eight o’clock, day one.

Mike had forgotten he’d worked on that campaign with Russ, and he was really pleased to hear you were excited about it, @BrianRubin. :)

Damn, how does one forget something so AWESOME? ;)

So I’d forgotten all about DI’s last serious sim, the F/A-18 Super Hornet one, until it reappeared on GOG. It didn’t look that great, so I wasn’t gonna even seek out a physical copy. Until I saw the manual. 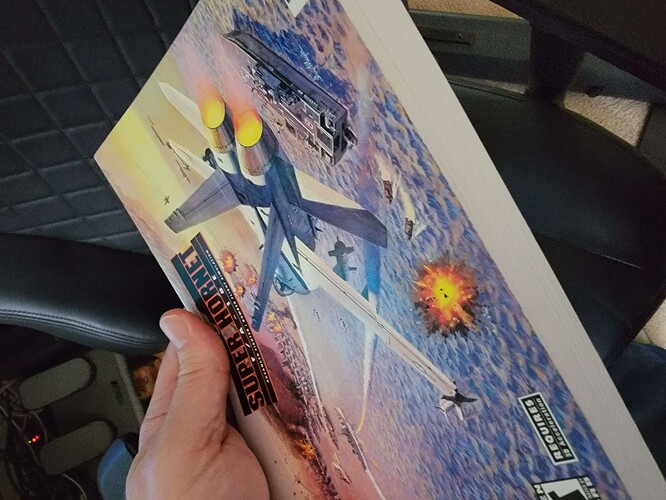 Similar in size and shape to the EF2000 manual, so of course I had to have it. Now I own physical copies of all the DI sims except for that Top Gun game they did, and I’m not really interested in that.

Also found this really cheap, looks to be mostly maps though.

My Prophets, this thing is HUGE. Nearly 500 pages. 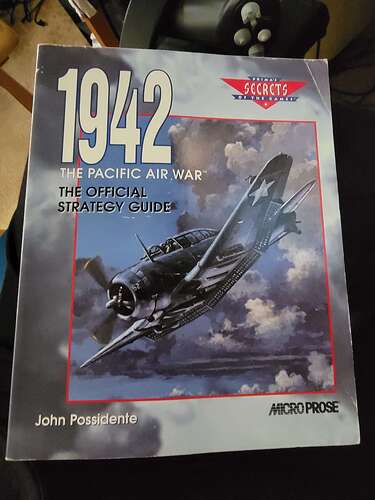 Awesome. That’s part of what makes reading this so fun for me. It was amazing what you’d find in a box - or even in a manual back in the day.

I feel like we lost the LP when we lost the big boxes, and we never really replaced it with anything. DVD cases and a download bar.

I don’t know if this is venturing too far away from videogames and too far into the real world (ew!) but Chuck Yeager was a great interview subject. 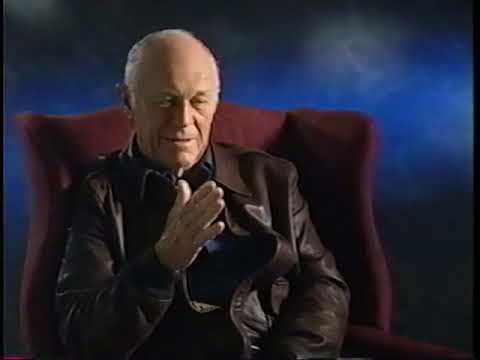 I’ve been playing Starshatter, which came in a DVD-size case, and the keyboard sheet is SOOO TINY.

Hah oh wow that video is FROM EA.

Haha, I didn’t even realize! How appropriate!

This is the next sim I plan on streaming once I’m done with F-19, so I’m VERY glad to have finally snagged a copy of this. 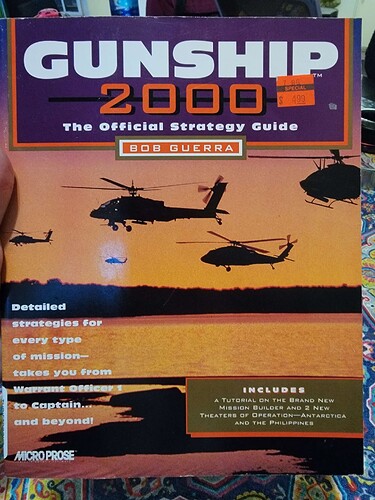