The press release:
http://www.gaslampgames.com/2012/08/27/clockwork-empires-the-press-release
And the relevant bullet points:

[ul]
[li]Dynamic, city-building, citizen-simulating action. Every imperial subject has a purpose and agenda of their own, and their interactions are rich, exciting, and often lethal![/li]> [li]New “procedural extrusion” technology lets you design your colony the way you want! Buildings are procedurally generated and extruded directly from the aether to your specifications![/li]> [li]Tame the uncharted continents by land, sea, and air! Set forth in mighty Zeppelins to do battle with Sky Pirates, or take to the seas in search of fortune and probably sea serpents![/li]> [li]Create magnificent acts of plumbing, link together mighty gears, and build ominous Megaprojects![/li]> [li]Tangle with the machinations of malevolent entities! Scry the legacy of the Invisible Geometers, fumigate the baleful moon-fungus of the Selenian Polyps, and cleanse the scuttling creepiness and poor personal and moral hygiene of your everyday, average cultist.[/li]> [li]Losing is still fun! When your colony fails miserably, earn medals, promotions, and titles as befits a true politician and scion of the Empire![/li]> [li]Multi-player mode, with up to 4 players, lets you co-operate with your closest friends to build a glorious city… or fight a horrifying economic battle to total annihilation![/li]> [li]Round-Robin mode lets you share your Clockwork Empires with friends! Take turns running a colony directly into the ground then argue for fun-filled hours about whose fault it was! (Like Monopoly but with more exploding Zeppelins!)[/li]> [li]Rendered in glorious GaslampVision! Thrill as the colours are brought to life by Gaslamp’s team of caffeine-addled artists labouring under the technical specifications of our elite programmers* to bring you a game that is rendered in Each of the Three Dimensions! New multi-core technology by Actual University Students lets you use every last ounce of power in your computer to run a thrilling and vivid simulation![/li]> [li](* We’ll see about that, Nicholas. Soon. – David)[/li]> [li]Featuring the new Dynamic Soundtrack Orchestra – the Soundtrack that Adjusts to Your Gameplay! (Mr. M. Steele, conductor)[/li]> [li]No always-online DRM requirement, unlike certain other games we don’t want to mention. You know who you are and your mothers are very disappointed.[/li]> [li]Comes complete with the Gaslamp Games Quality of Excellence that you know and love, and if you don’t like something you can mod it yourself in the best tradition of Empire Craftsmanship![/li]> [/ul]

They had me at hot “Dynamic, city-building, citizen-simulating action” with ominous Megaprojects ramping up my desire even further.

The press release has a link to PC Gamer which has some screenshots:
http://www.pcgamer.com/previews/clockwork-empires-a-preview-of-gaslamp-games-lovecraft-laden-steampunk-city-builder/

Or at least I think they are screenshots; it’s so heavily antialiased or blurred or resized it kind of looks like a painting.
Edit: Not screenshots according to dbaum, but rendered in game assetts. Which explains the extreme antialiasing.

Now that sounds awesome! Thanks for the heads up!

So it’s obviously inspired in part by Dwarf Fortress, right down to the awesome implementation of Round-Robin mode. No more trying to zip up and pass around a set of saves it sounds like.

Theme wise it sounds like it’s Steampunk meets Lovecraft. Which I am cool with. Maybe even excited.

Couldn’t get into Dwarf Fortress, but I’ll happily try this one.

Well yes, duh. I was just trying to act impartial or something.

Couldn’t get into Dwarf Fortress, but I’ll happily try this one.

If ever there was a game that was worth the effort, Dwarf Fortress is it. But yes, that’s a helluva lot of effort. In the mean time I recommend checking out Towns and Gnomoria if you want to see two very different takes on the DF genre; both are very playable though obviously still beta.

If only they had set their sights high.

Btw, to be clear, those aren’t screenshots - they’re just renders of game assets. (Though the citizens are getting heads redone at 2x that quality.)

Also it’s good to be able to talk about this, finally!

Edit: Oh, and I can answer questions, finally, if you’ve got any. Do note that this IS pretty early in development so there’s a lot I can’t give a hard answer about.

My money, where do I send my gobs of money!

Btw, to be clear, those aren’t screenshots - they’re just renders of game assets. (Though the citizens are getting heads redone at 2x that quality.)

Also it’s good to be able to talk about this, finally!

Edit: Oh, and I can answer questions, finally, if you’ve got any. Do note that this IS pretty early in development so there’s a lot I can’t give a hard answer about.

I can only assume that the guy who pimped Dredmor first time here at Qt3 gets in on Alpha/Beta action. Whoever that was.

Aside from that, all I got is good luck wishes. Bold step and a direction I could not have made up in my wildest dreams. Happy for you guys and here’s to the expectations, which are already nigh unattainable.

In each one of the three dimensions?! Oh boy! :D 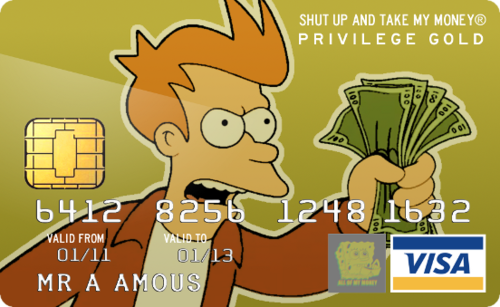 This indeed does look GLORIOUS!

Daaammnnnnn! OK, this is way better than what I expected to hear. AWESOME!!

Oh, hell yes. Good luck to Gaslamp making this happen. Very ambitious follow-up to Dredmore, I’ve gotta say. I love that in trying to adapt Dwarf Fortress they have not only avoided making just another fantasy setting, but they’ve made a really unique setting seems to fit so well with the goals and mechanics of the game–imperialism, industry, and secret things that will eventually kill you.

I wish this was a Kickstarter so I could give them $50 in a fit of enthusiasm and then guiltily reduce to $15 after they make their goal.