Command: Modern Air/Naval Operations ("The Harpoon that Never Was")

It’s funny you write that and on screen right now is a flight of Tomcats somewhere over the Dogger Bank.

“It seems there is something wrong with our bloody Tomcats today.” - Admiral Beatty, probably

…and that’s how we sold Angela Merkel three squadrons of F-35s.

It’s funny you write that and on screen right now is a flight of Tomcats somewhere over the Dogger Bank.

“It seems there is something wrong with our bloody Tomcats today.” - Admiral Beatty, probably

Hey @Dimitris, I’m playing CMO with a three-monitor setup. But I’m having trouble popping out the Message Log. I did it the first time, then put it on a second monitor that’s running in portrait mode. But now whenever I play the game and try to pop out the log, it never shows up. I can’t alt-tab to it, but it does show up sorta in the tab manager.

And since I can’t bring it up as a separate window, I can’t give you a screen of some feedback.

I put the log on a 1200x1920 monitor. Portrait mode. I’d love to be able to see all the different sections of the log (contact change, contact report, weapon damage, etc) without having to scroll. But after a while whatever section is on top just keeps filling up and up and pushing all the other sections down and off the screen. You have to scroll the page down to see them, or collapse sections altogether.

Ideally, each section would only show the 10-15 most recent contacts, and then there’d be a tiny scroll bar to see older messages. But that way, you can have all the latest messages in each section visible at all times.

Can you try to reset the positions of secondary windows? (There is a button with that description in the “Game Options” window)

Okay! That worked! Thanks!

I suppose I need to go through those YouTube tutorials, but I’m slowly figuring out the details through osmosis.

I really enjoy the Northern Fury scenarios because they are so well done. The one I’ve been replaying over and over is the Eisenhower moving north after exiting the straits of Gibraltar.

It’s a big scenario, but what I like is that outside of my core group centered around Eisenhower, there are lots of other AI-controlled naval groups and aircraft doing missions.

And one thing that’s really cool is how detecting a hostile submarine gets all the ASW aircraft in range automatically drop everything they’re doing, rush over, and persecute the contact. They’ll drop sonobuoys, fly patterns over the area for MAD detection, and then suddenly drop a Mark 46 onto the target.

Then I’ll play another scenario where I have direct control of the planes, and I’m having to manually drop each sonobuoy and chart a flight patch.

How do I get the AI to do that for me?

For ASW ops you have two main choices:

Most people (and RL arms) combine these two, with some forces constantly rotated on patrol, and some assets waiting “on the ground” as immediate reinforcements for when a contact is made.

When under mission control, all the course plotting, sonobuoy dropping and pretty much any decision is automatically handled by the crews (though you can still intervene manually at any point). The mission editor is your steady ally against micromanagement.

Thanks for the tip!

Heh, I discovered a cute little quirk doing one of the tutorial missions, where it gives you a hyperlink to learn more about a weapon system. It launches a browser window. But, wait, that’s not Edge or Chrome. OMG, it’s actually launching Internet Explorer!?!?!

This is the first time I’ve seen IE in years. Maybe go with the default browser on the system?

We just released a new version of the CSP with 22 new scenarios:

Any idea when the Steam Workshop version is getting updated?

Pretty sure it already has…?

If I’m in the right place, looking at this: 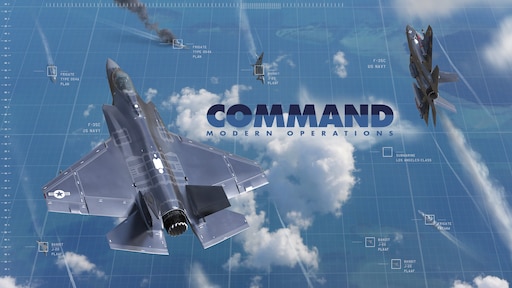 I checked with the CSP curator/maintainer, the fileset was already updated and the description has also been now updated. Thanks for the heads up!

Nice, thanks for checking!

Looking forward to some of these features cascading down to us civilians… :)